The Safi scenario is straight out of the 1995 'Rapid Fire' rulebook. I've played it once before, but this one was the closest game ever - right to the last game turn.

As stated last time, we opted to return to the more traditional approach of the original Rapid Fire (old school forever!), as it seemed a little more intuitive in places.

The Americans have the advantage of firepower and the early lack of movement on the part of the Vichy French, but are faced with achieving hugely difficult objectives.

Needless to say, the Barracks is critical, so the game centres on capturing it, while holding on to enough of the other objectives during the game.


The first wave hits the beach and harbour area in the hours of darkness (use your imagination;) ). The Americans opted to send in armour and heavy weapons first. Vichy French inattention (and Gobin's poor rolls) enabled the Yanks to clear the beaches quickly. 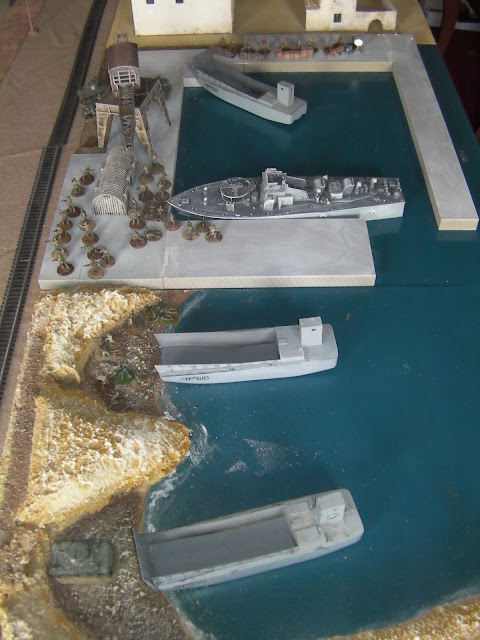 Eventually though, the Pointe de la Tour battery opens up on the harbour area, the ship outlined by searchlights. It is too late to prevent the waves of US infantry hitting the beaches though. 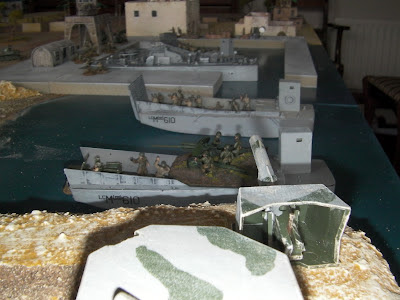 By the time infantry on the dockside begins to respond, the Americans have gained a foothold with both infantry and armour. 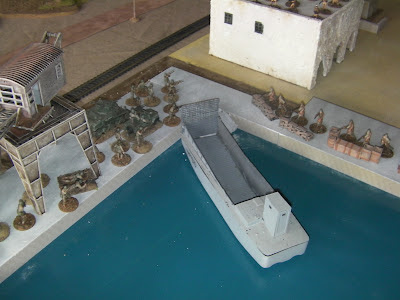 ...and air support begins to arrive. 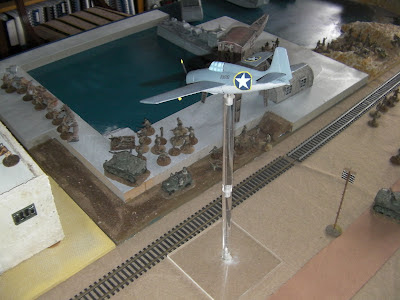 Recon jeeps with HMGs make a dash for the station, as troops swarm inland. 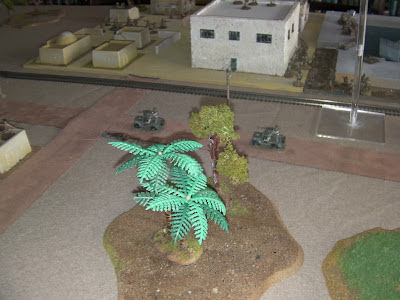 As dawn breaks, Foreign Legion elements try to stem the tide, although most of the battalion defends the barracks, leaving the Moroccans to trade blows with the advancing US infantry and armour. 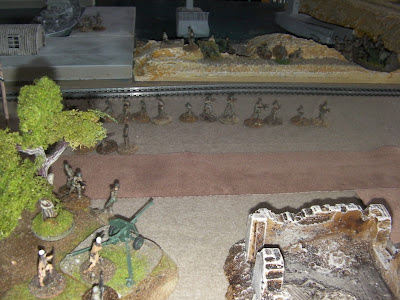 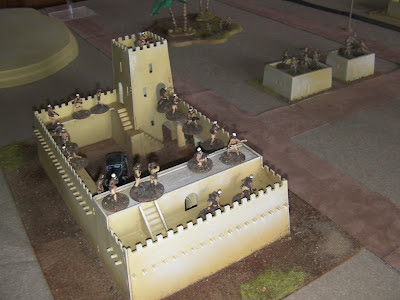 Vichy French airpower at last makes an appearance in an attempt to catch US infantry in the open, though damage is slight. In retrospect, it should have been concerned with driving off US fighter and spotter aircraft. 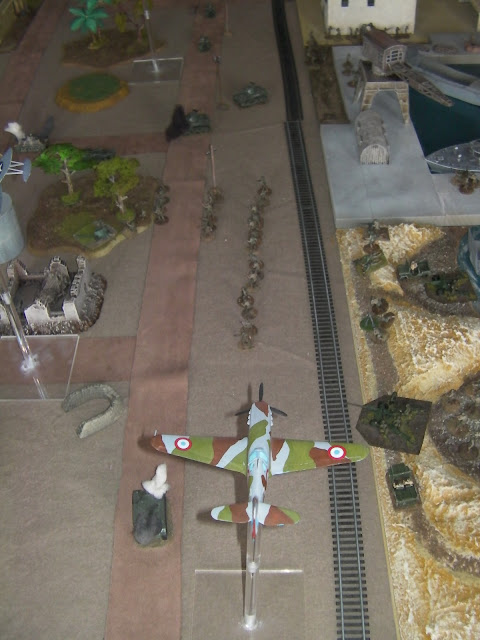 Having said that, it did cut down on those damned jeeps. 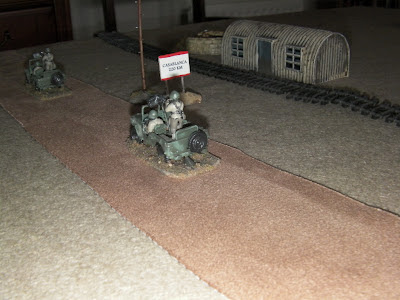 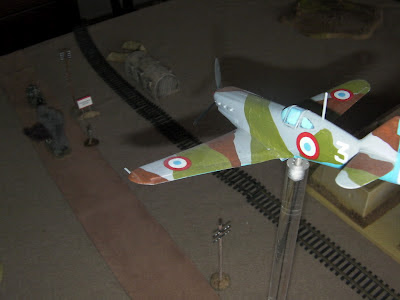 US troops enter downtown Safi, using precious manpower in a gamble to hold the harbour. Although initially successful, French armour does not hold back its US counterparts. 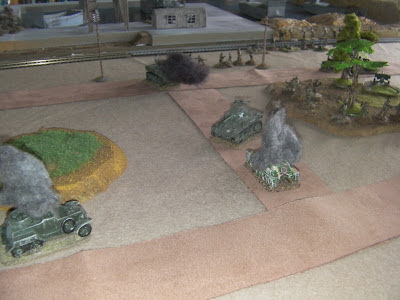 By mid game, the foothold is well established, as troops move toward the barracks. 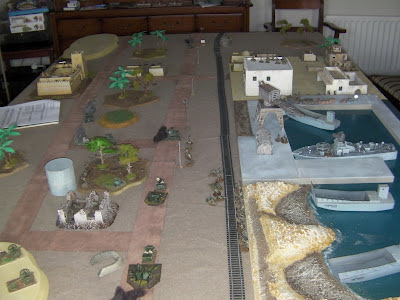 More troops flood into Safi, as pockets of Moroccans defend it, while the Legion focuses on garrisoning the Post Office. 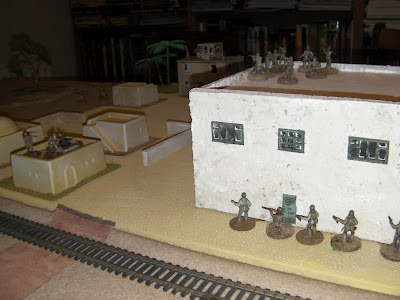 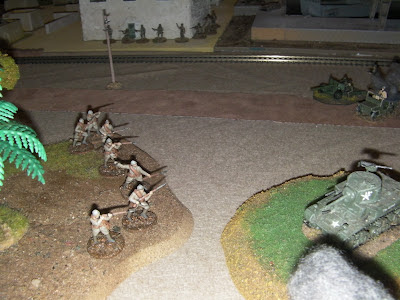 Drama at the station, as one US element, supported by a Recon jeep, attempts to hold on. 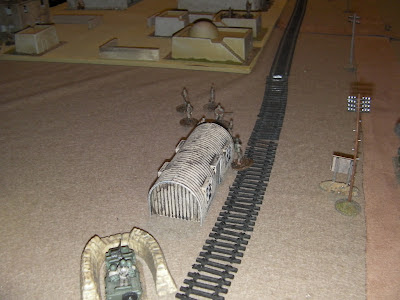 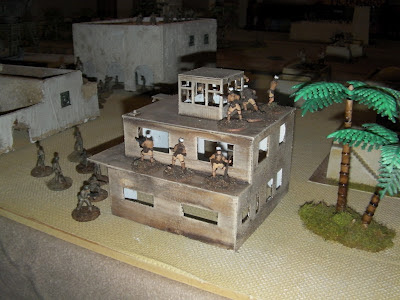 The Americans hold the station. Guy deserves a medal! 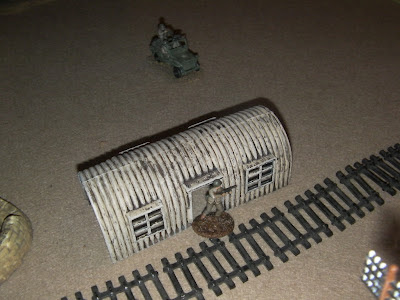 Guys, behind you. GUYS! 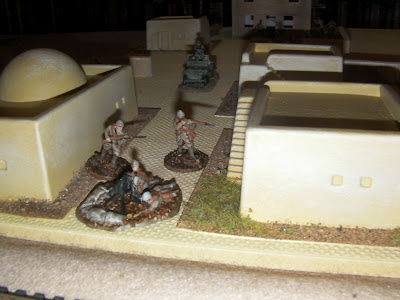 The US forces begin to move on the barracks. But, will it be too late? 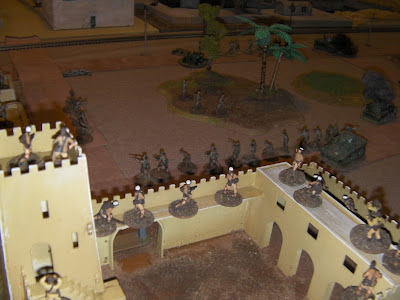 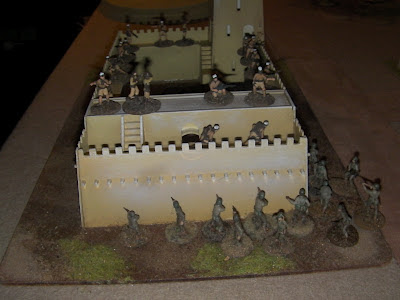 With supporting fire after the first assault, US troops eventually get inside. It's the final game turn though...will the barracks still be contested? 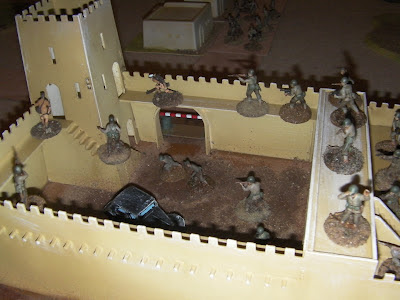 US pressure forces the legion to surrender, and they take the barracks on the very last game turn. Faulkner Fitzwilliam's Yanks are victorious What a game! 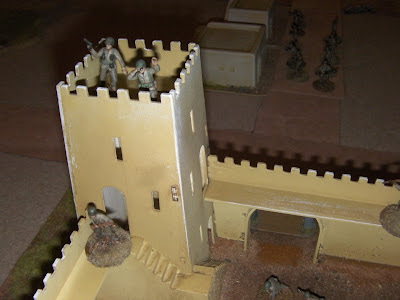 What drama! A Rapid Fire game has never been so close! We'll be giving it a rest for a while though. 'Force on Force' will be next. FoF is new to both players so we look forward to some modern era gaming excitement.