Time, as ever, has eaten into recent weeks, making for a quick game rather than the lavish extravaganzas that we actually had planned!

So a game of 'Five Men in Normandy', the precursor to the 5Core skirmish rules, was in the offing. 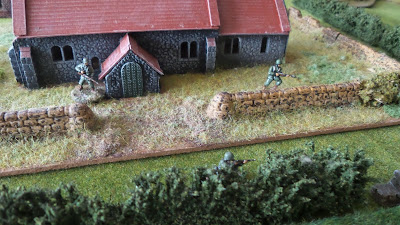 The setup was a five man US and German patrol, bumping into each other in a semi built up area. 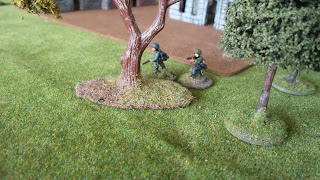 Germans have advantageous position, in the surrounding woods... 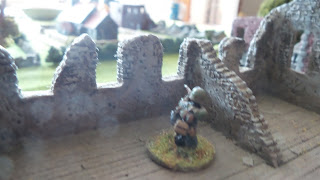 ...and in the buildings. 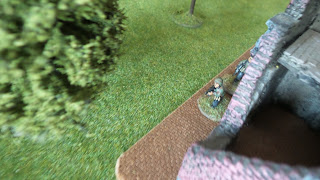 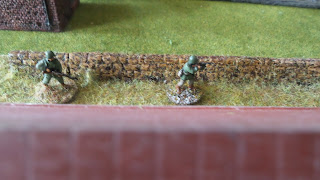 Although the US left threatens to be a game-changer, the loss of the US NCO early changes the emphasis of the subsequent firefight. 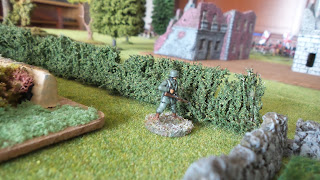 It proves difficult to get enough rifles to bear in cover at the hedgerow. 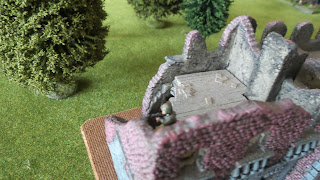 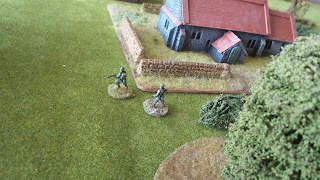 As the US rifleman suffer under the weight of fire and 'bail' twice, taking them off the board. 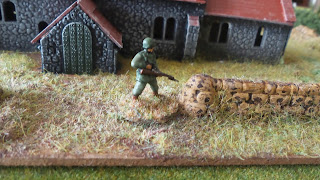 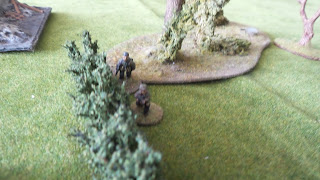 ...who will ultimately withdraw himself, as the German NCO's SMG uses spray fire. 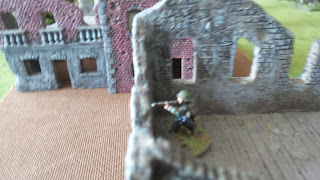 So in addition to tinkering with the 5Core rules, I’ve also been playing about with my 1689 / 9Years War forces.
Having recently been reading some of Henry Hyde’s pieces on his imagi-nations campaigns in his wonderful Wargames Compendium, I was intrigued by the idea of how the 1680s troops could fit in.

Then it hit me; Charles II’s death, James II’s accession to the throne. Monmouth’s attempt to take the throne in 1685, and William’s successful attempt in 1688 – with the Irish and European wars that followed.

So, if we compress some of the timeline, and just happen to have one king and two pretenders at the same time – there’s your campaign. All we have to do is reset the British Isles in a quasi-fantasy 1680s war of the kingdoms setting…and so we have ‘Three Kings in Albion’, with Alba (Scotland) and Danu (Ireland) on the sidelines…with ‘Avalon’ as the Albion capital of course. Hmmm, yet another project to think about.

The rebasing is based on 2” x 2” squares - somewhat after ‘Beneath the Lily Banners’ and Clarence Harrison’s excellent Victory Without Quarter.

I’ve split the centre base so that (1) I can have ‘pikes forward’ (2) I can form ‘hedgehog’ easily and (3) I can free up some single figures for playing ‘Donnybrook’ scenarios...with pirates (since everything is better with pirates apparently).

All good, bar the fact that I probably didn’t need another project!?!? 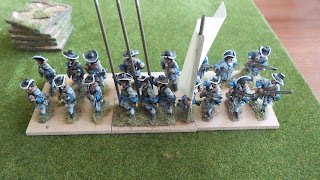 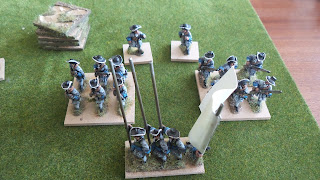 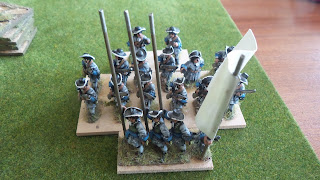 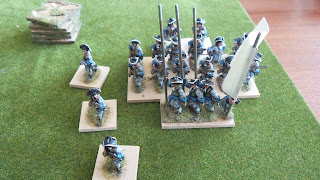 The new arrangement allows for pikes forward, and hedgehogs, and frees up some loose miniatures for Donnybrook scenarios. It would of course be an inspired decision, were it not for the fact that it gives me more work to do...