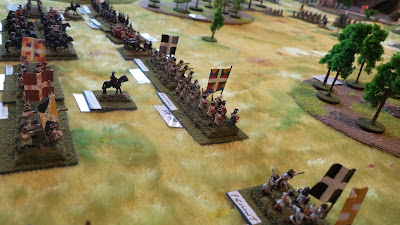 Regular readers will of course know of recent games with Sgt. Steiner of the blog-o-sphere.

Well this one was a multi player extravaganza with his excellent 10mm Marlburians.

Five generals plus referee competed in an epic struggle against each other (and the dice!).

In the end, the French broke the Allied centre - though it was touch and go for a while.

In addition, it seems that at least one of the participants can force players to roll the worst possible result, simply by chanting the mantra 'don't roll a one'. Uncannily, many ones followed, and many generals died in combat today!

(Next stop for Stephen is Las Vegas apparently.) 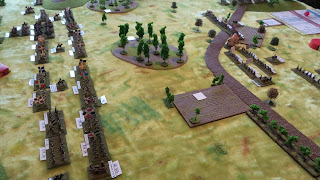 The French centre, as Dutch & Allies are deployed. 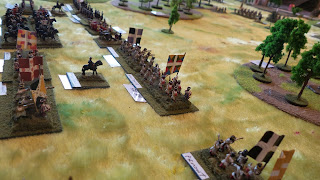 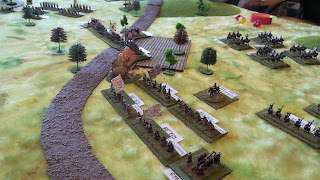 Appearance of French elite cavalry on the right, moves the Allies to relocate their own mounted troops. 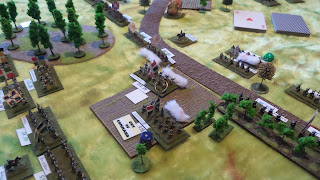 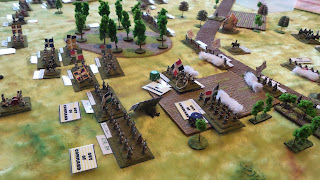 Heavy musket exchanges and a weakening of the French centre. 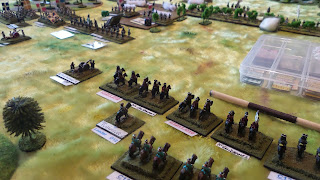 ...as the cavalry looks on, staring at the Dutch infantry in front of it. 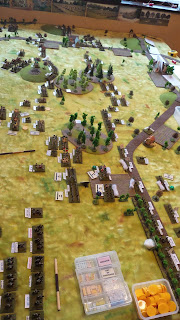 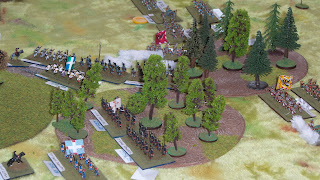 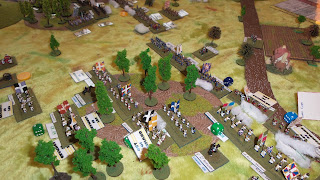 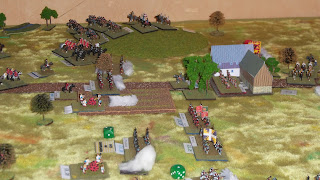 French gains on the left flank. 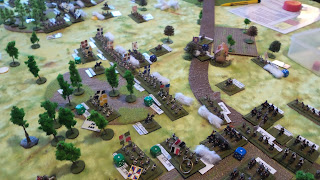 With a drastic turn of events so symptomatic of the unpredictable nature of early 18th century battle, the Dutch centre begins to crumble, yet the reserves have already been committed...

Great hospitality and game today. Thanks to Steiner and the guys.