The title of the scenario will be familiar to many of course.
It was sad to hear of the recent passing of John Hill, designer of 'Johnny Reb' and the older (and classic) 'Squad Leader'. Re-opening the old SL box brought back a lot of memories, as I'm sure it would for many of us. I can still say with conviction, that this was the only board style wargame in my collection, that I have played every scenario for, at least once. 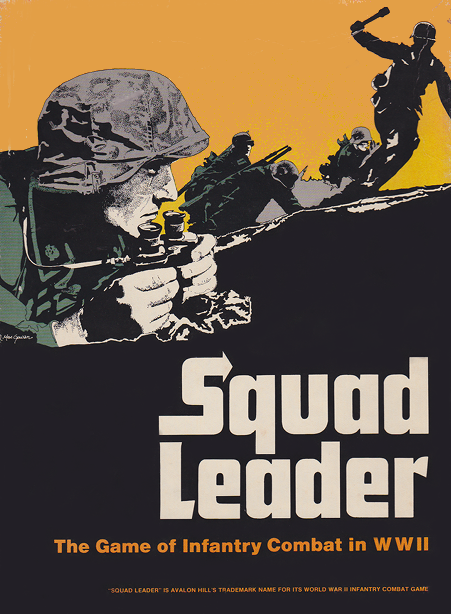 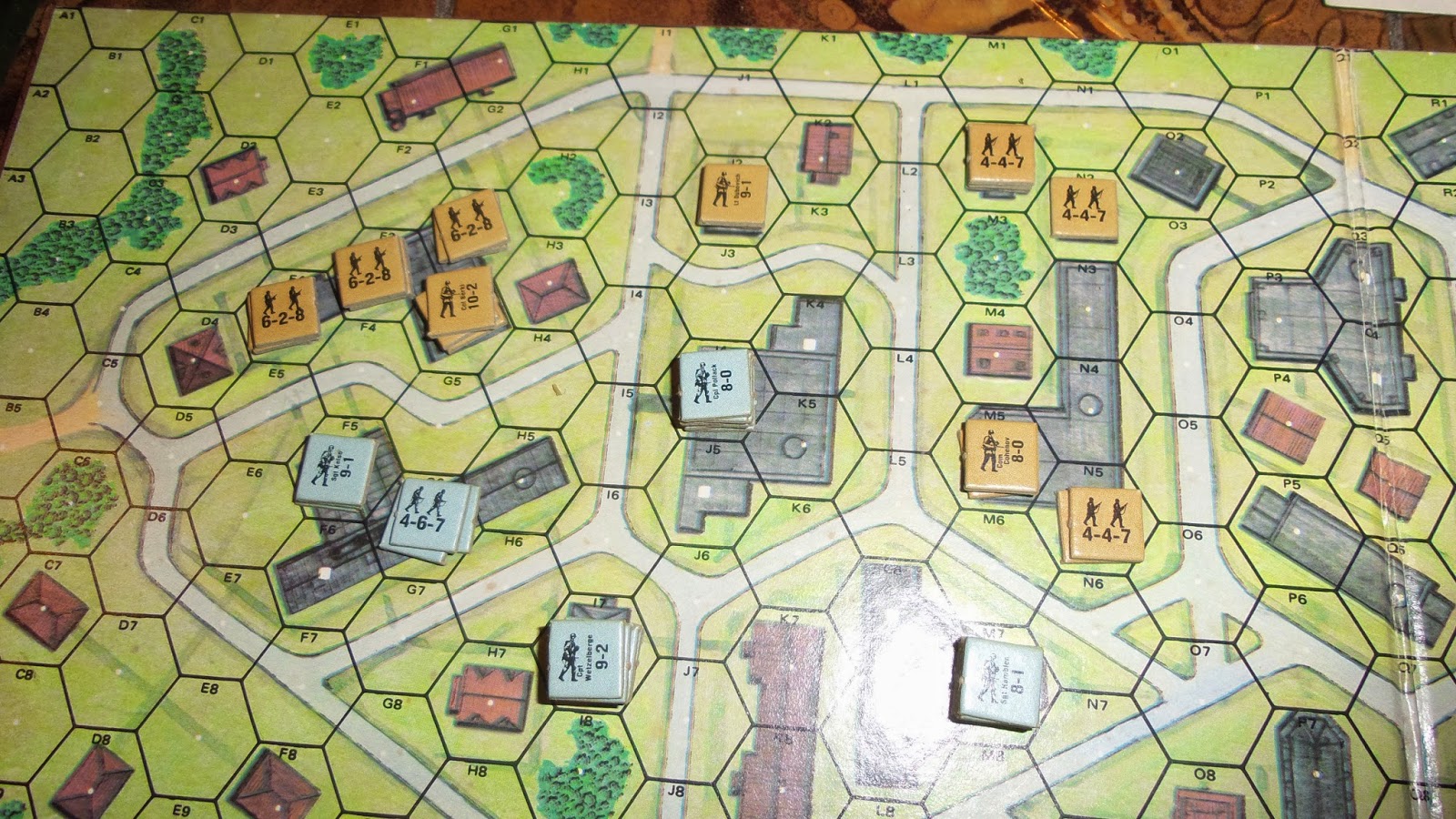 Those same rules have of course come in for a knock in recent years - with complaints of too much detail, too 'little' detail, the wrong approach to WW2, the wrong scale for WW2, lack of fog of war, etc. etc. etc.

The modern answer to the fog of war problem at least, appears to be card activation or dice activation, which leaves many people (including me) cold.

So it was with new eyes that we took a fresh look at the old classic...and also I took particular interest in Steve's comments over at Sound Officers' Call, who outlined beautifully how the rules mechanisms can echo actual military thinking and tactical initiative, especially so with a view to the conduct of fire and movement.

For those detractors who allude to the lack of 'fog of war' or other issues, the fact remains that it is neither adequately simulated by cards or dice activations - let's face it. Having potential control over all of the counters on the board means very little when faced with whether to activate a unit in terms of 'prep fire' or leave it to move and engage a flank, or keep it in reserve. It's that aspect of the rules which allows the player to make tactical battlefield decisions..and yet, makes it so difficult to make the right decision. That is, in essence, the mainstay of the game. Sure, you can activate every unit on the board. But making the wrong call can have disastrous effects.

Some of the elegant mechanisms we found in this replay of the old classic included:


You can't argue with these mechanics, and to see them all still working thirty years after I last played them (and understanding their design intent much more clearly now) is very refreshing.

Miniatures games (for which the rules were originally designed until Avalon Hill insisted on a board/hex wargame) will follow. There's also a version for miniatures here:
https://groups.yahoo.com/neo/groups/slminiatures/info 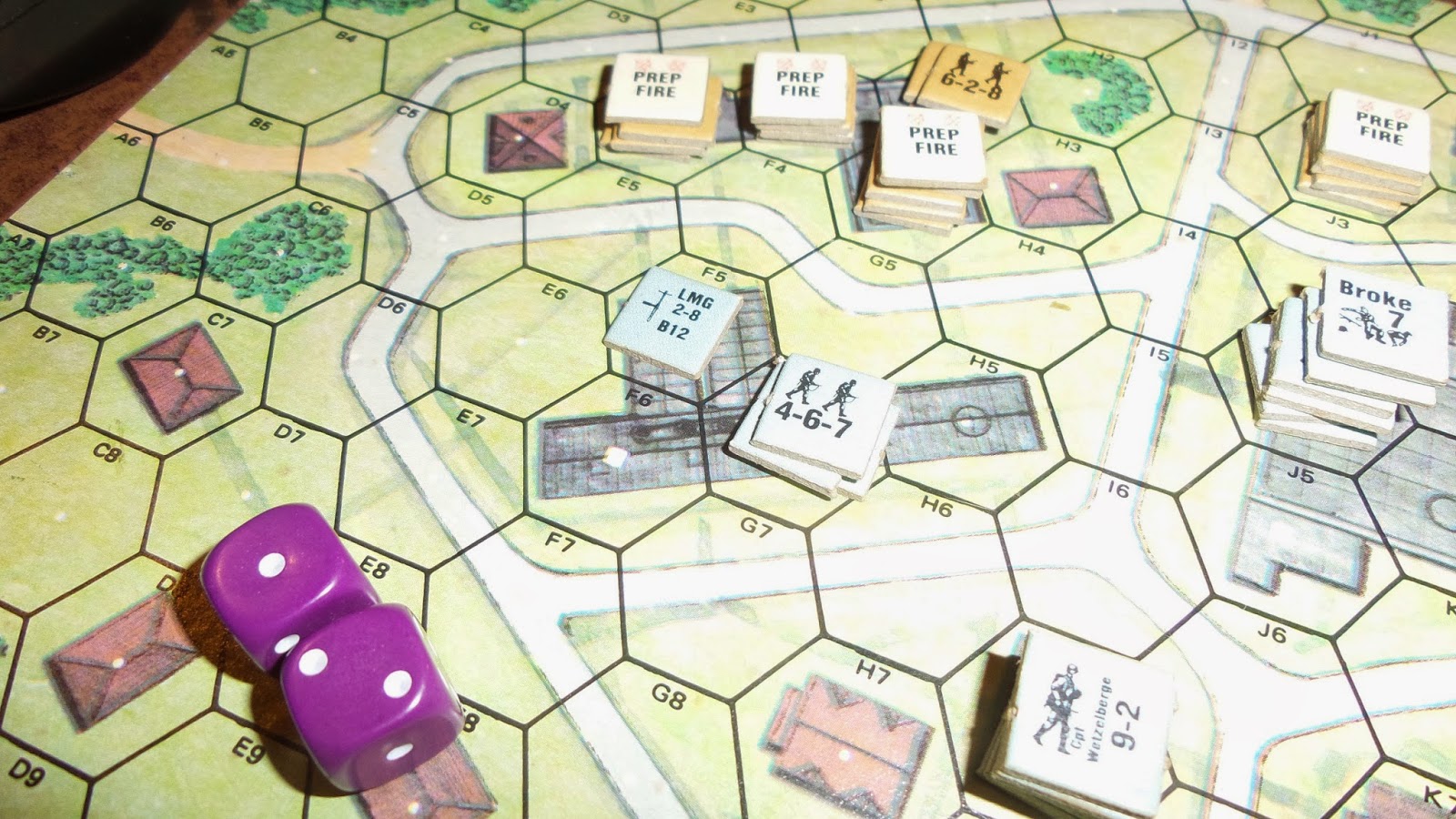 Early weight of smg fire is devastating on the defending Germans. 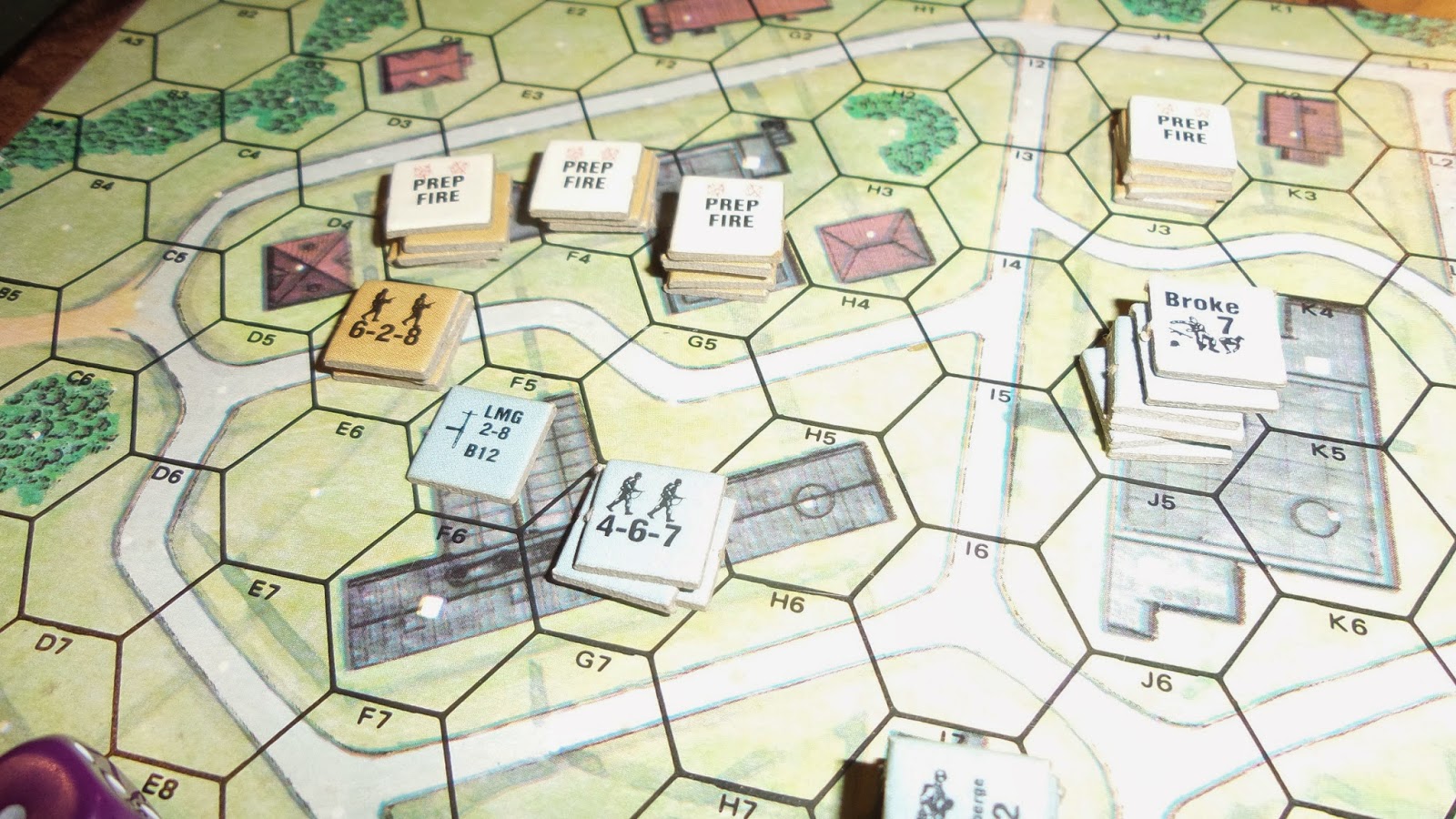 Avoiding crossfires from what was essentially a 'beautiful' defensive setup also allows the Russian guards to make inroads into the German buildings. 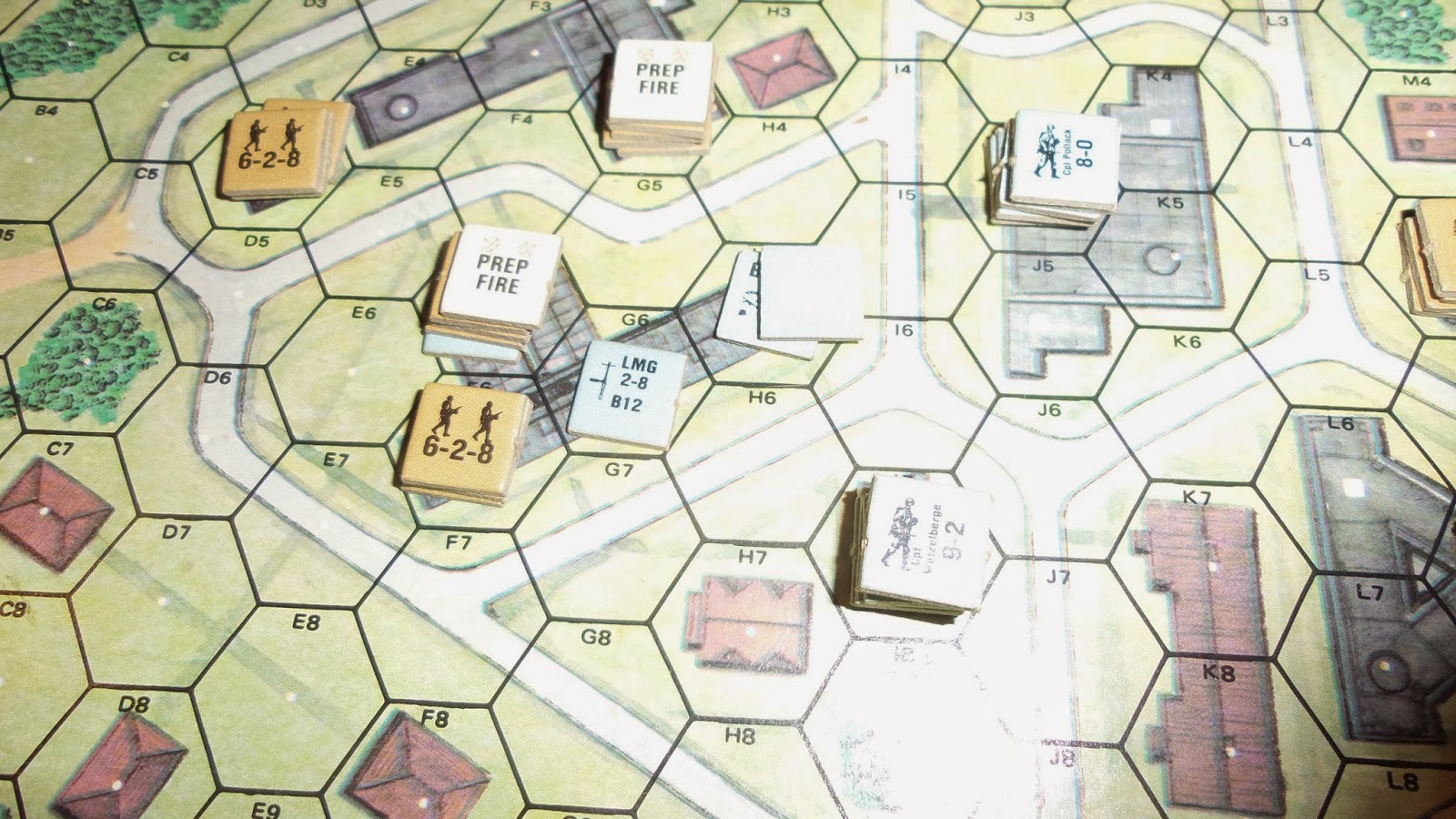 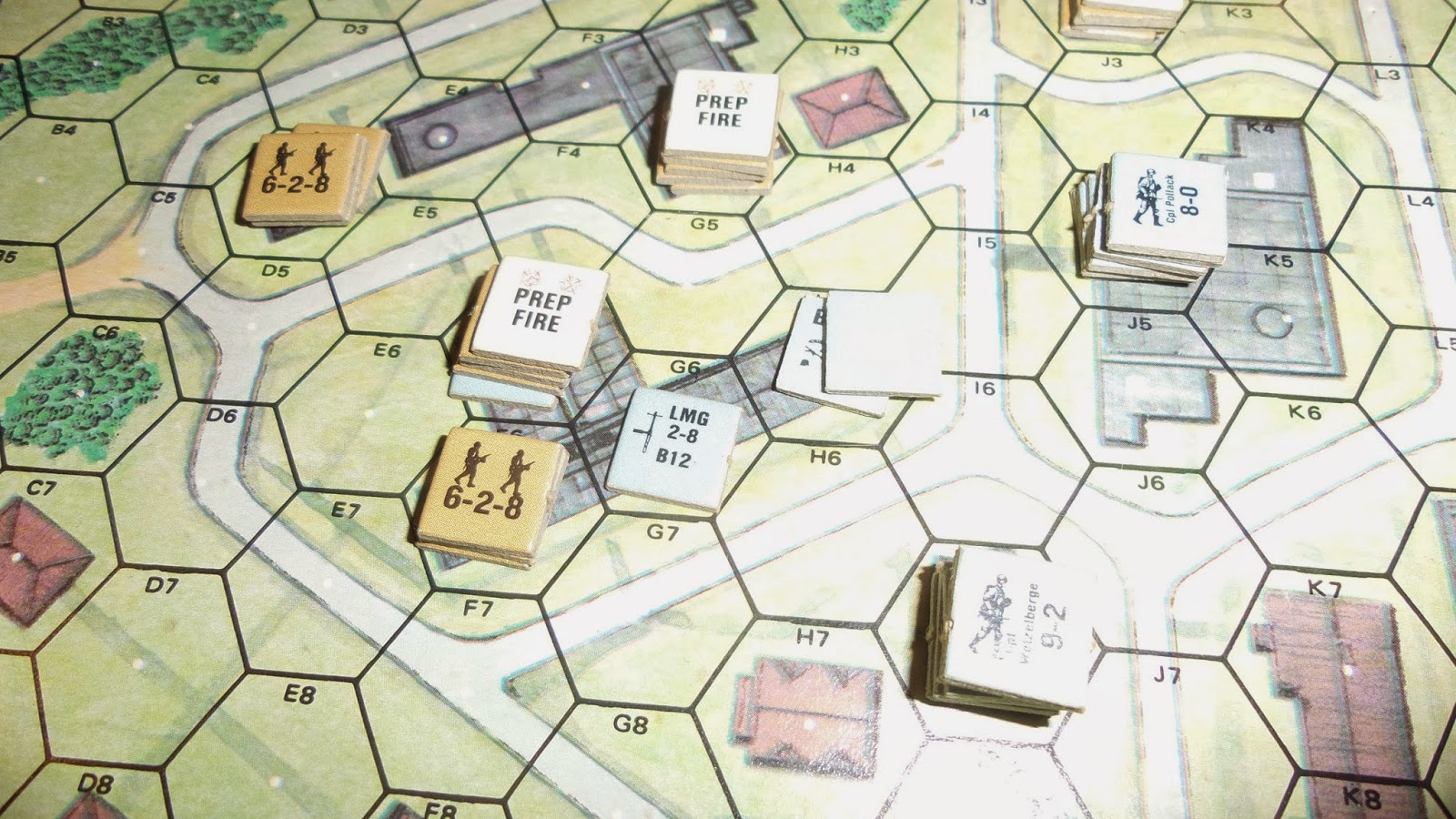 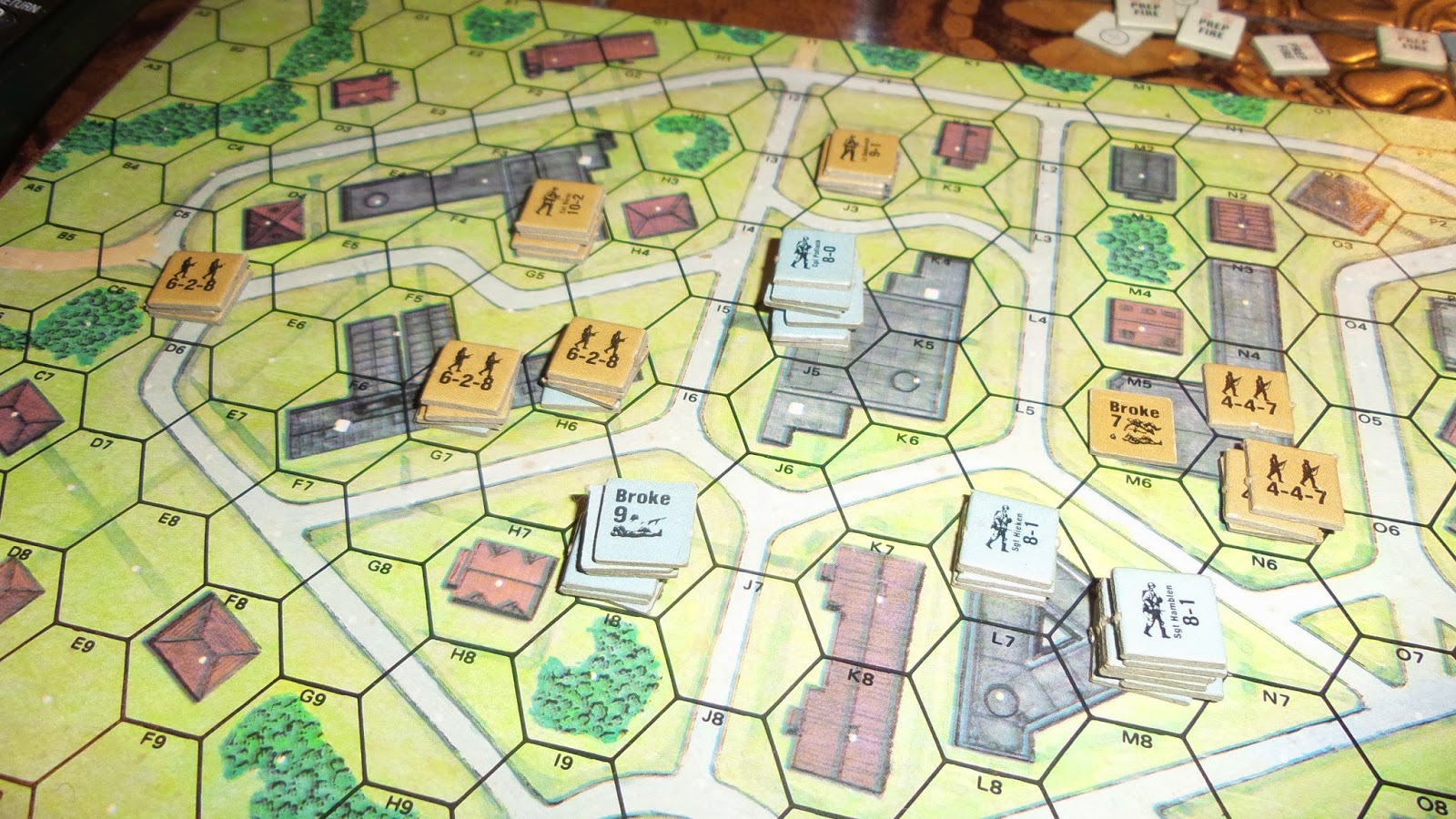 By mid game, the ability of the Soviets to set up their own crossfires and keep German broken units under 'desperation morale' allows them to almost move around the battlefield at will. 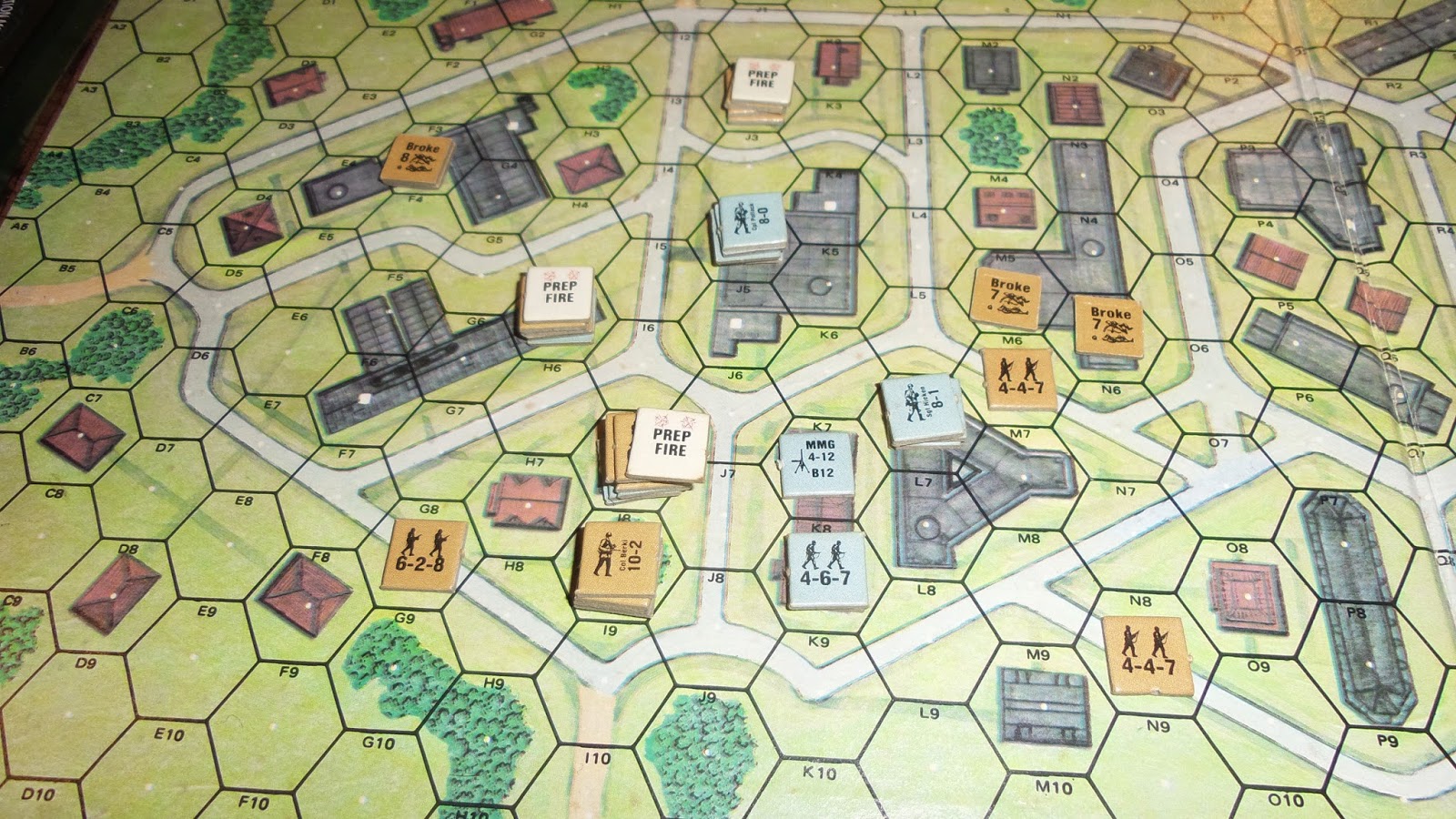 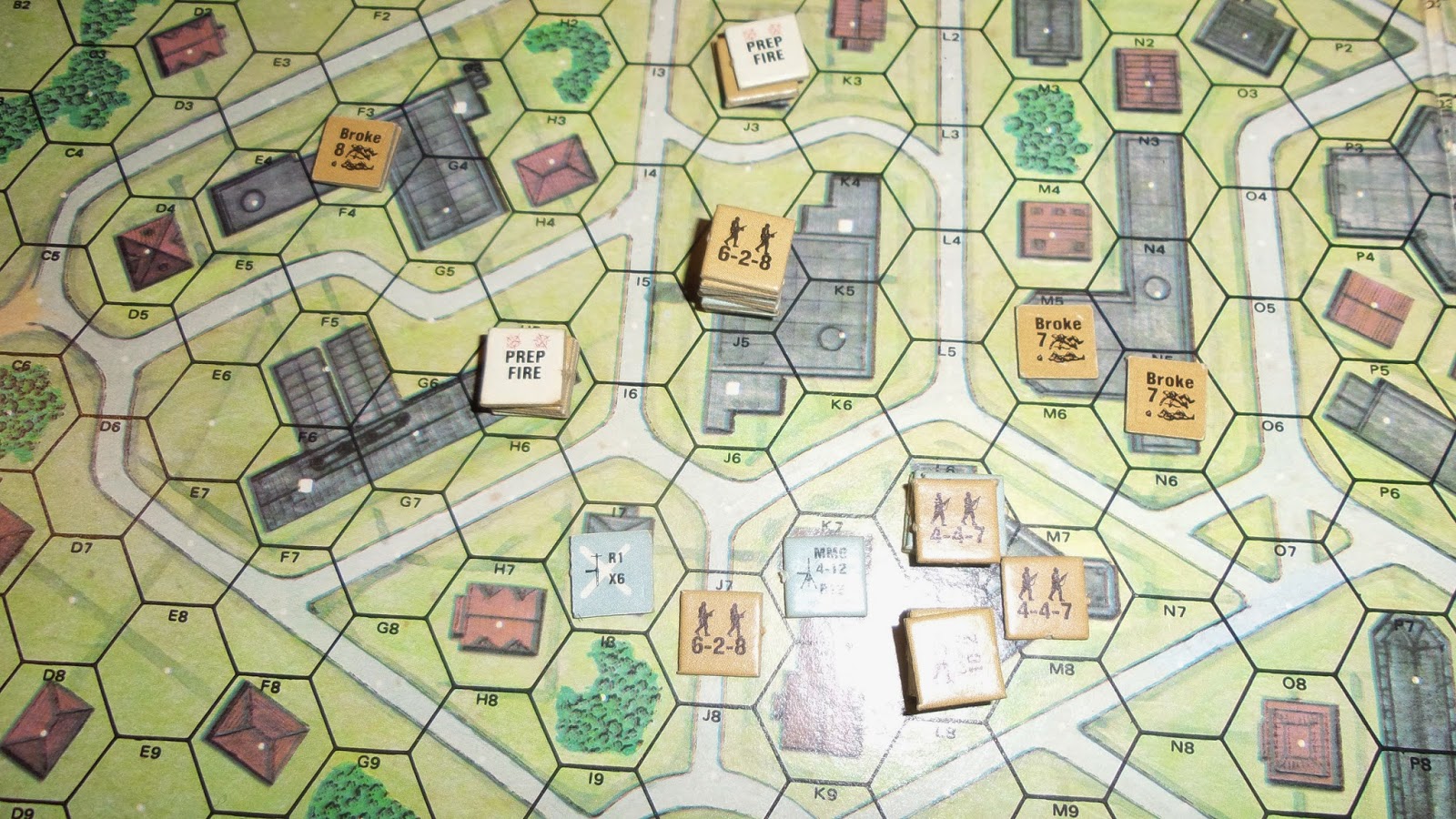 By game end, moving Russian units, who have effectively silenced the last of the machine gun platoons in the German buildings, are able to capture enough ground to win the game.

Excellent rules...glad to see them once again.