The 'Battle Cry' rules, when first published, were a precursor to the now (in)famous Command and Colours and Battlelore rules. Richard Borg's genius here was to find a crossover between hex and chit based wargame and the command / resource management of card driven systems, which emulated the fog of war for horse and musket, and ultimately ancients/medieval/sword & sorcery.

There's no denying that (1) the system is very different in terms of command decisions when compared with 'traditional' wargames rules and (2) it gives a quick game.

With time pressures prevalent for us both in the last weeks, a quick game was the order of the day, but no less demanding and exciting for that.

Ok, so the Battle Cry system is probably not for those who want to see an exact Order of Battle. For us, that was less important here. The big eyeopener though, for at least one of us who has played a lot of Battlelore, was that there is significant mileage to use the precepts and rulings for other periods for a fast set-up, fast play game. 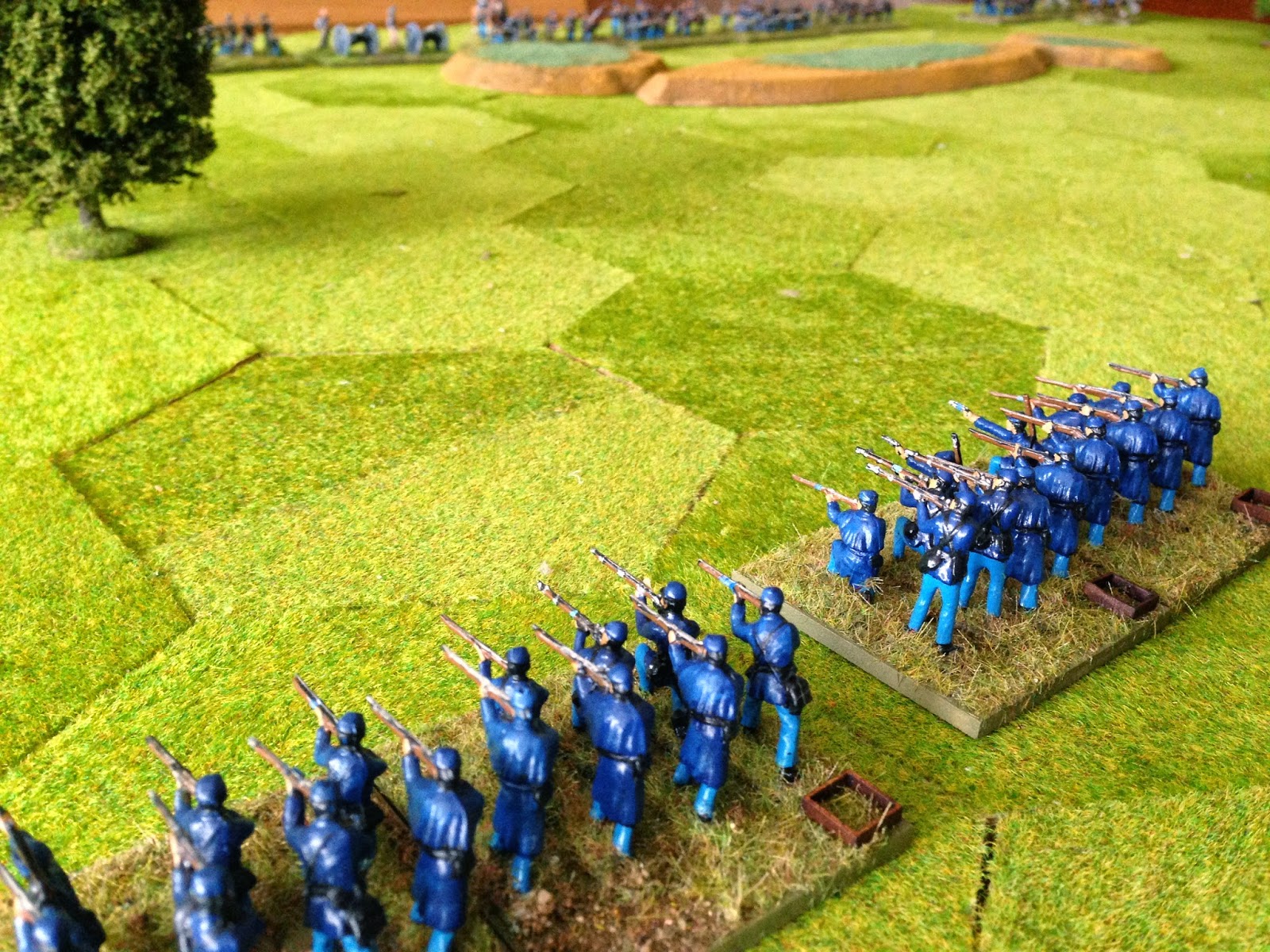 Nicely ordered Union battlelines, which, with the unique card system's ability to focus the player's mind on the flanks for many turns, took a while to get moving. 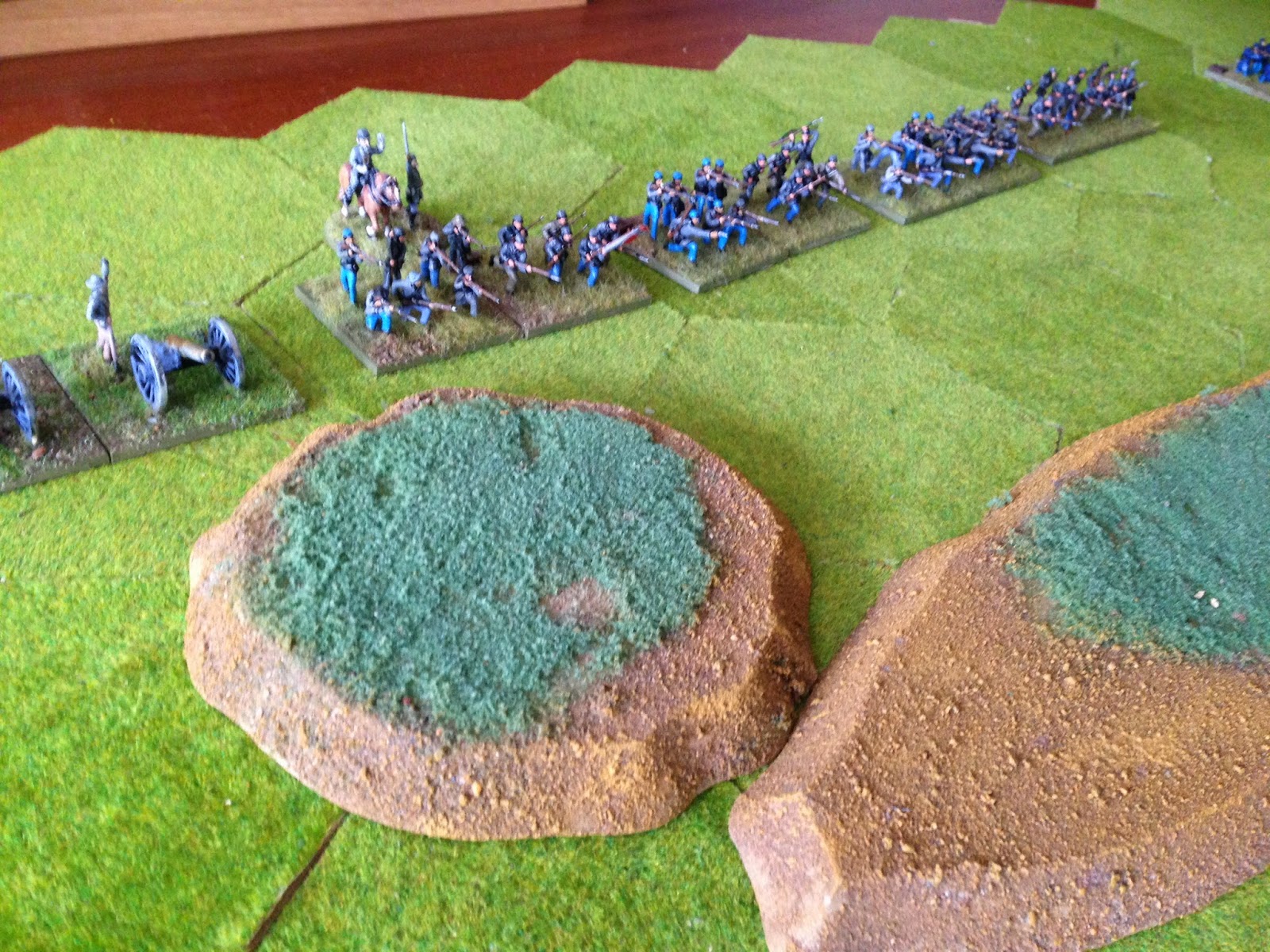 ...hiding behind the ridge line, the rebs. 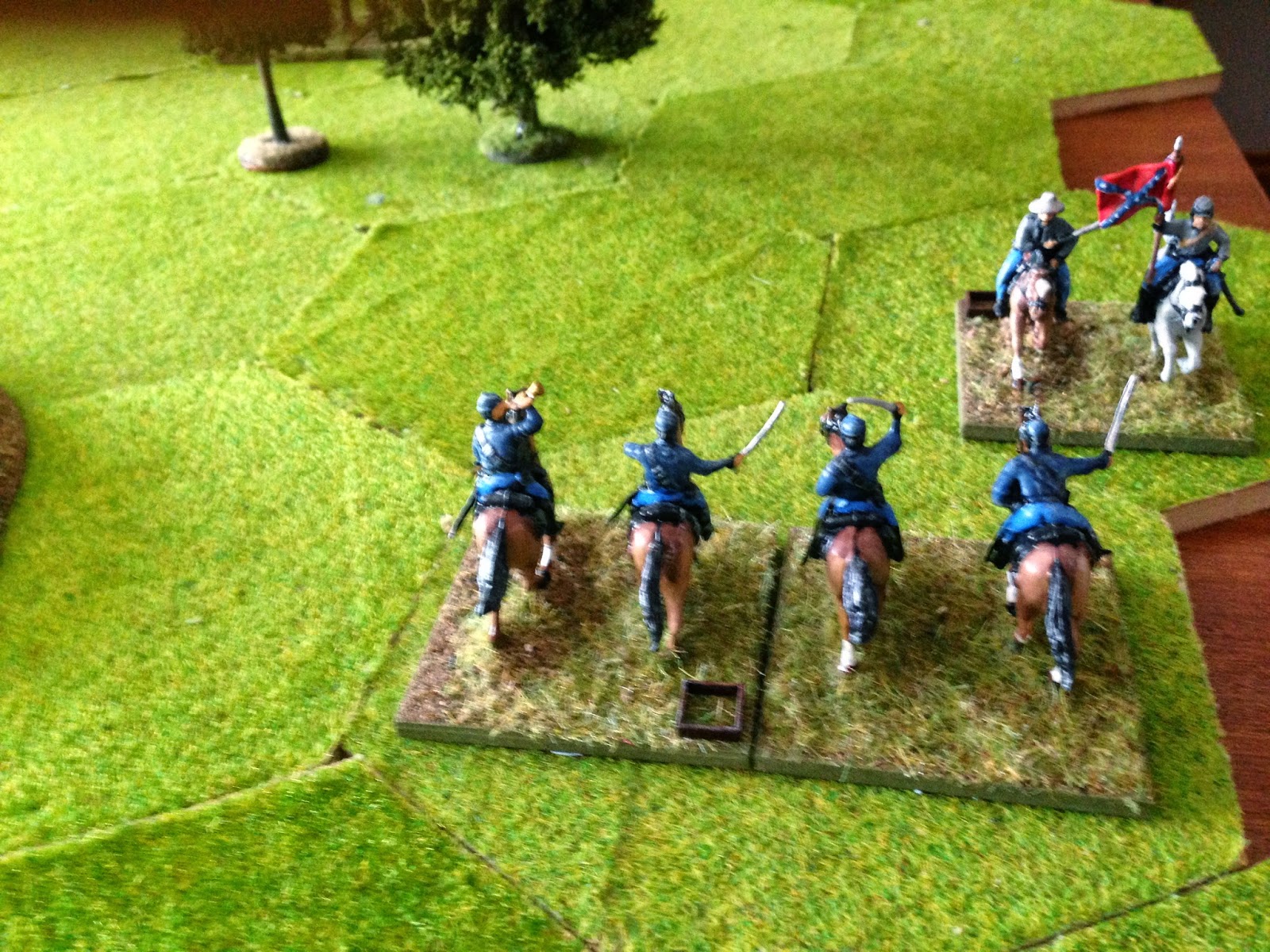 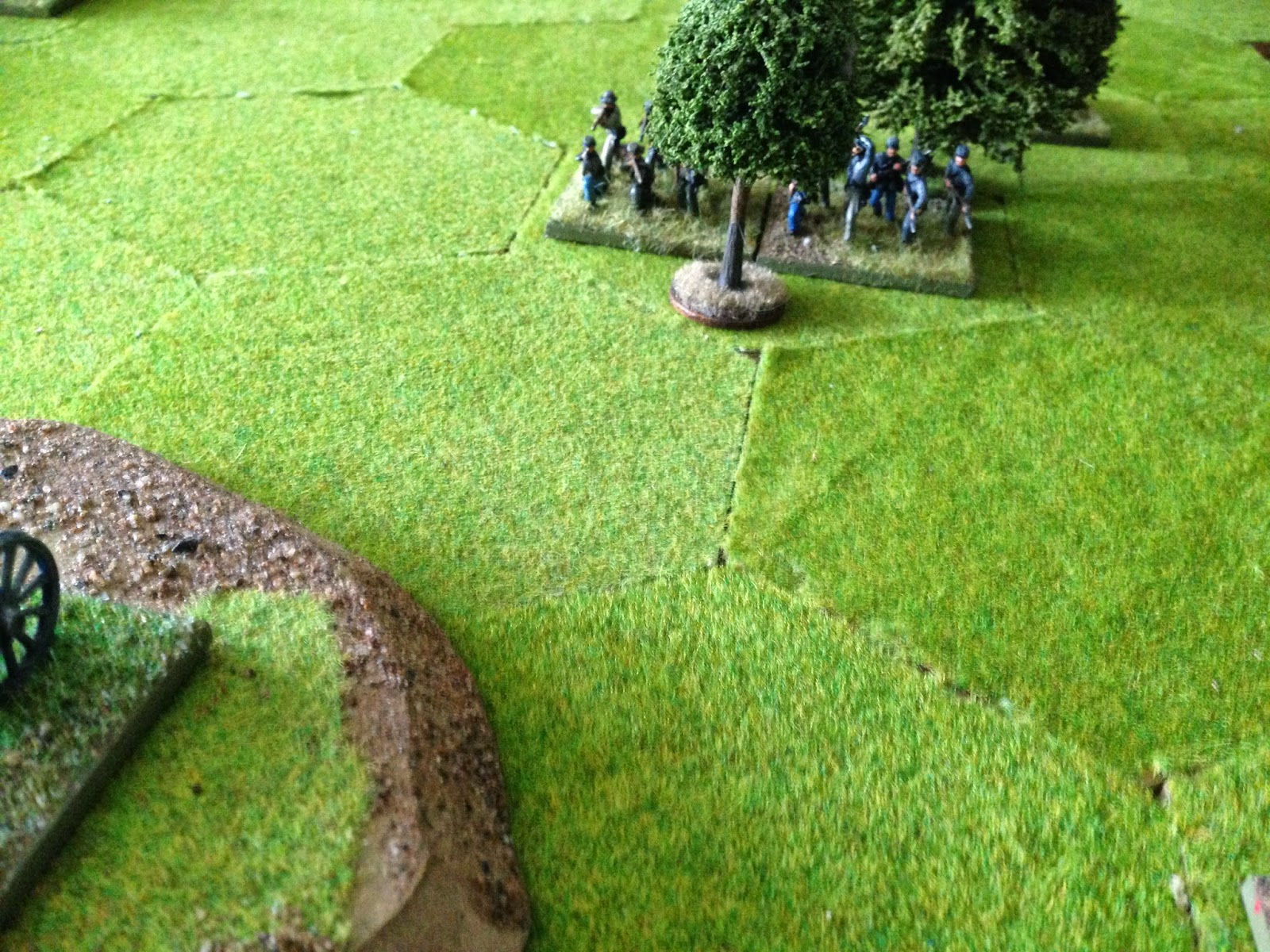 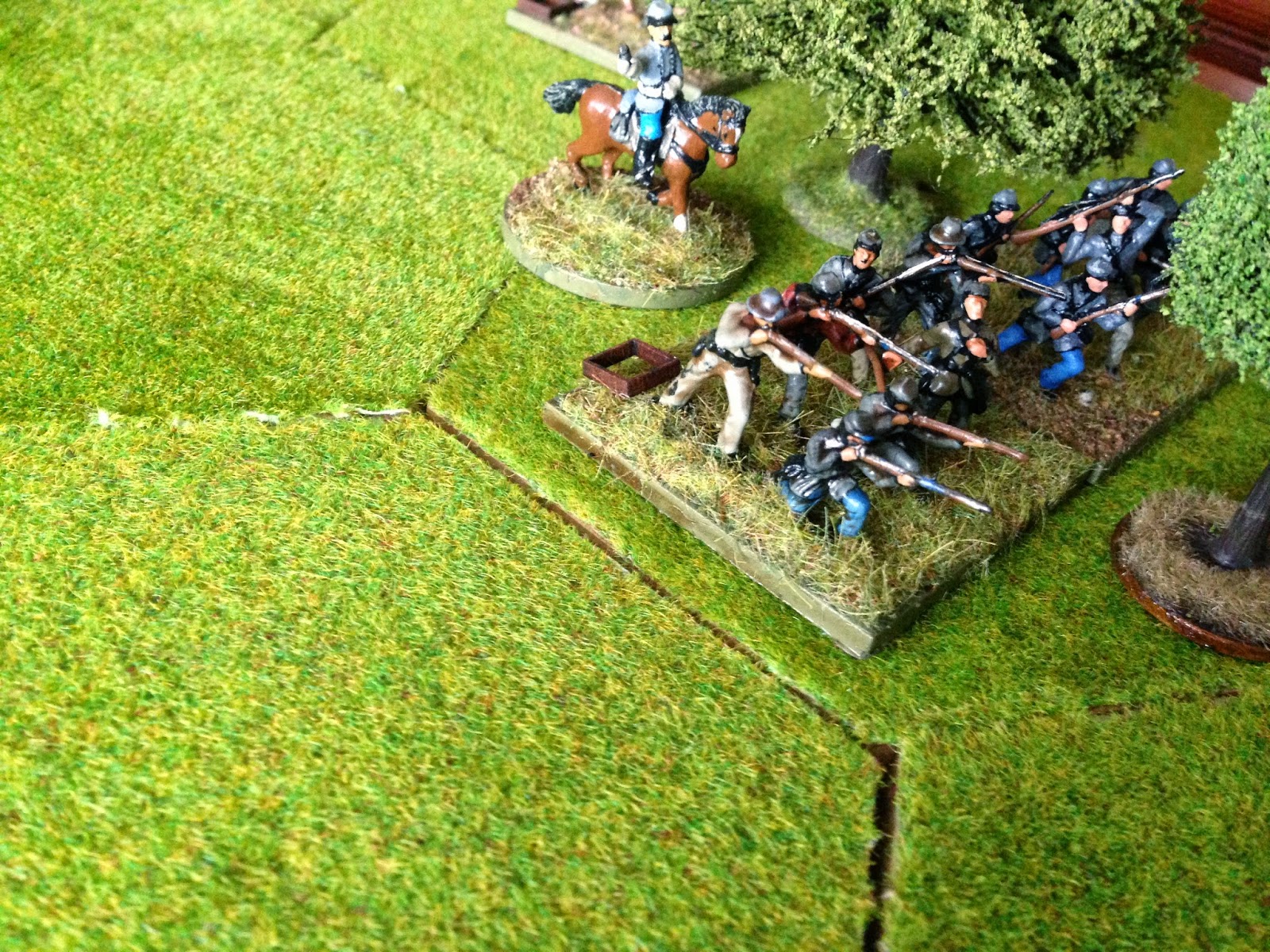 ...and rebs taking to the woods. 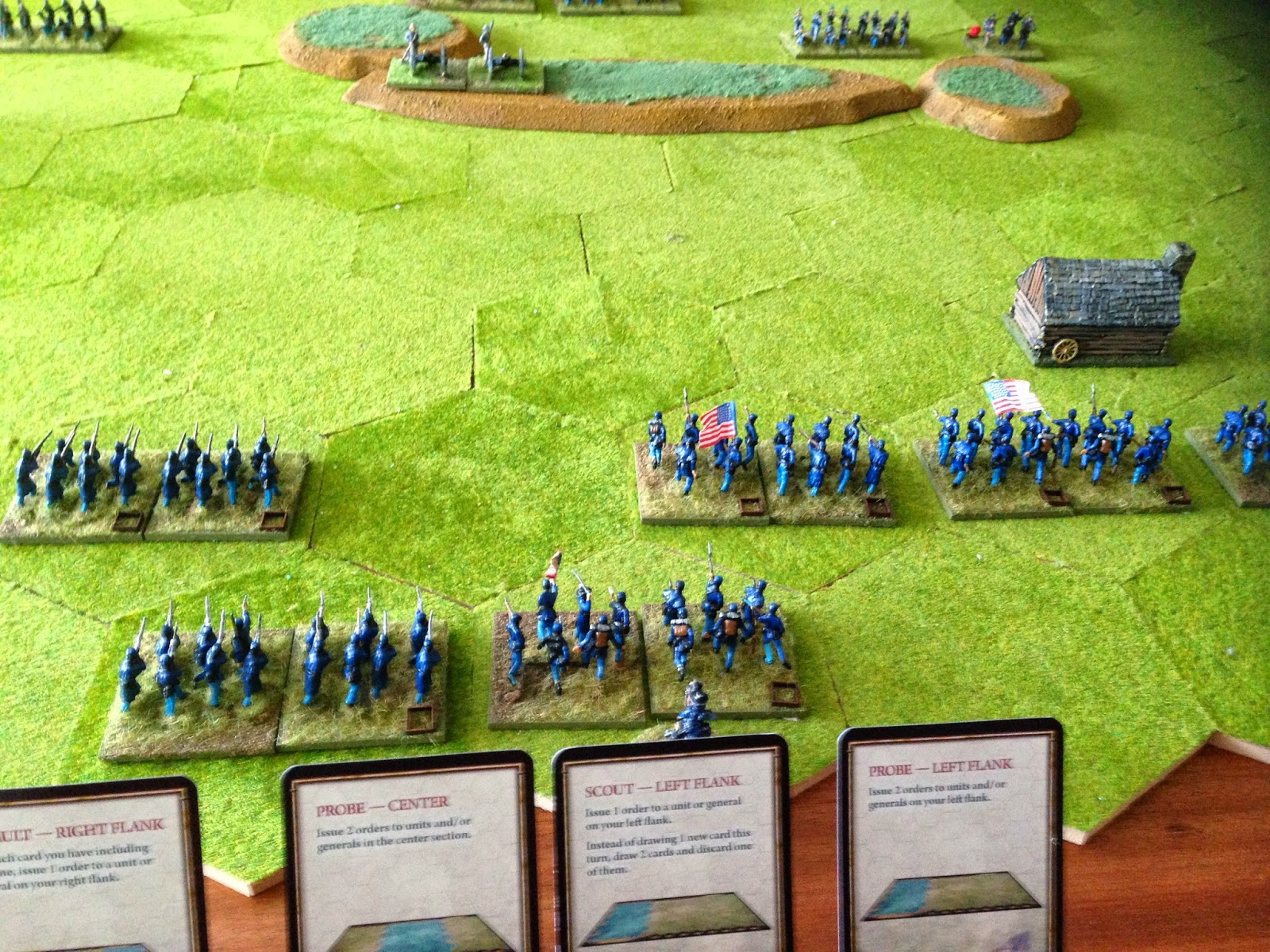 Eventually, the Union centre, taking advantage of Confederate focus on the right and left, begins to move toward the heights. 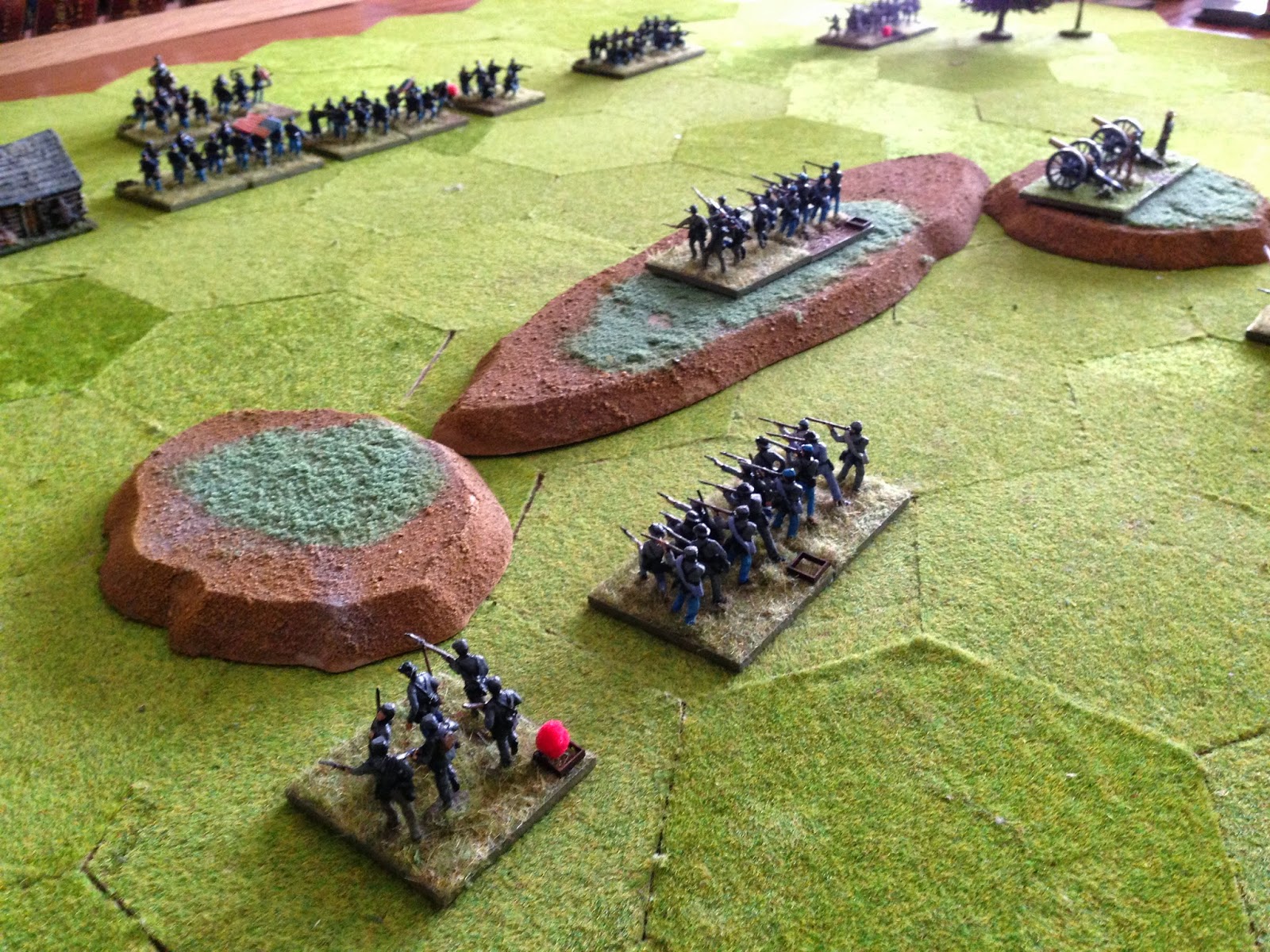 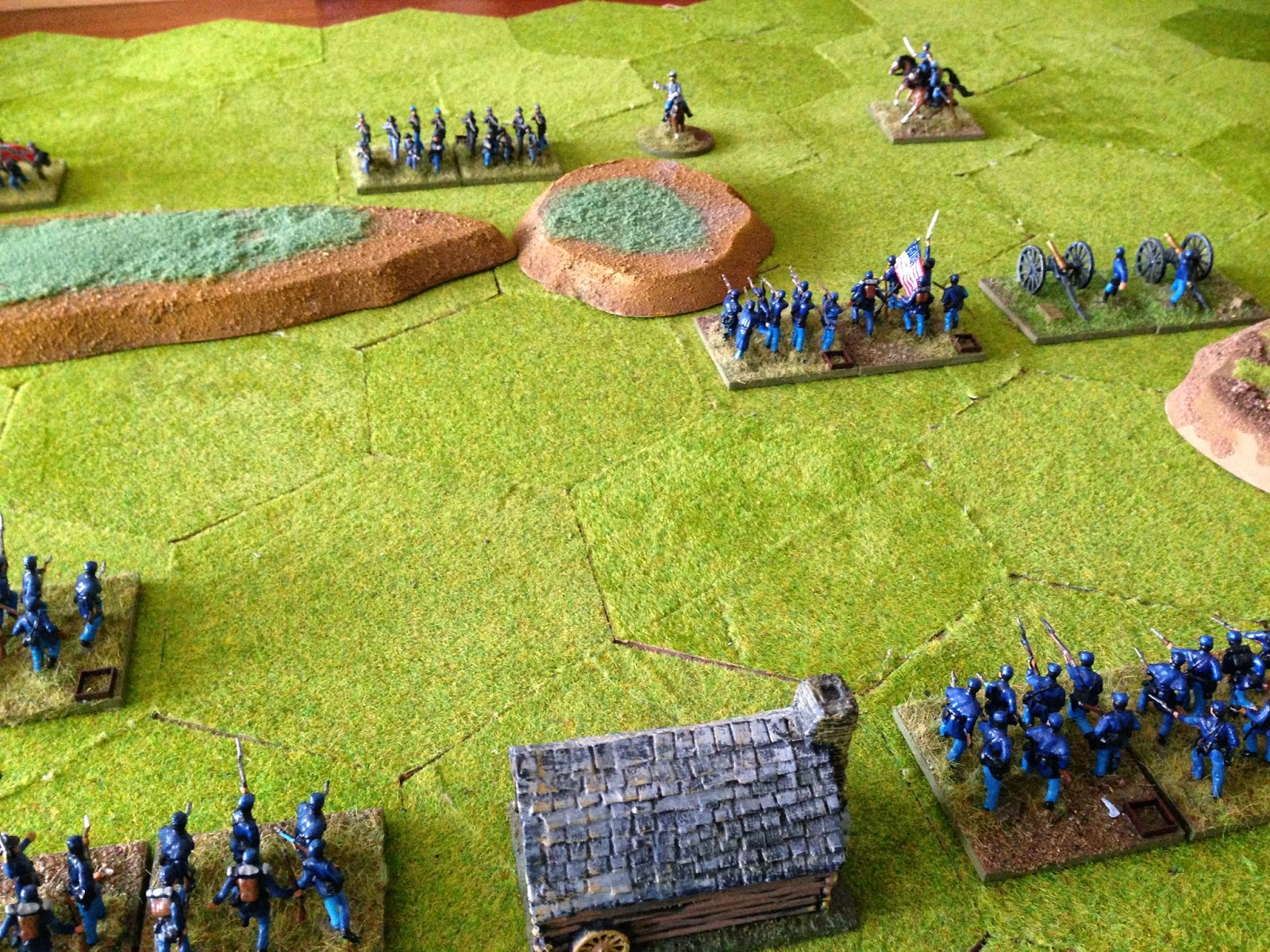 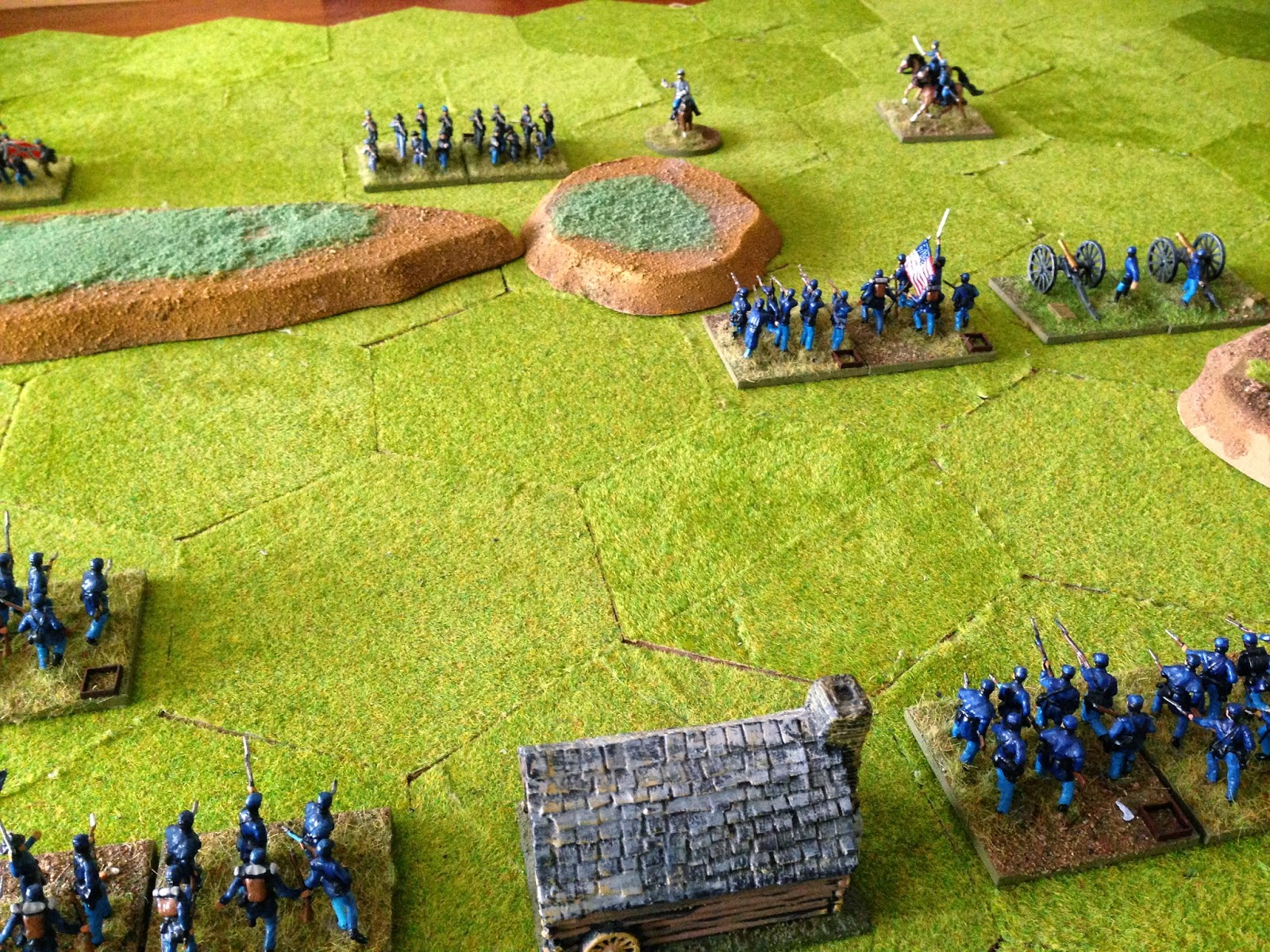 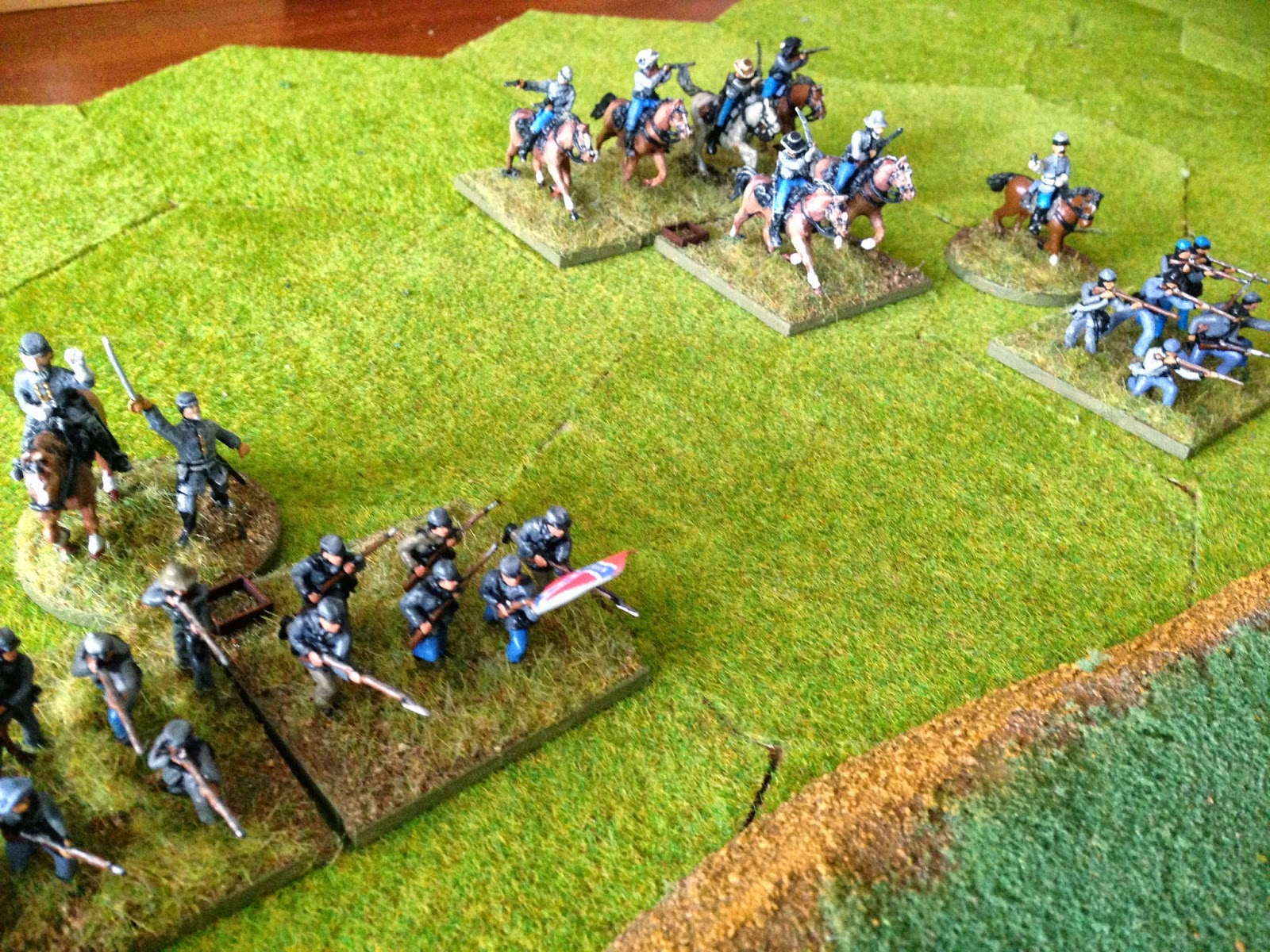 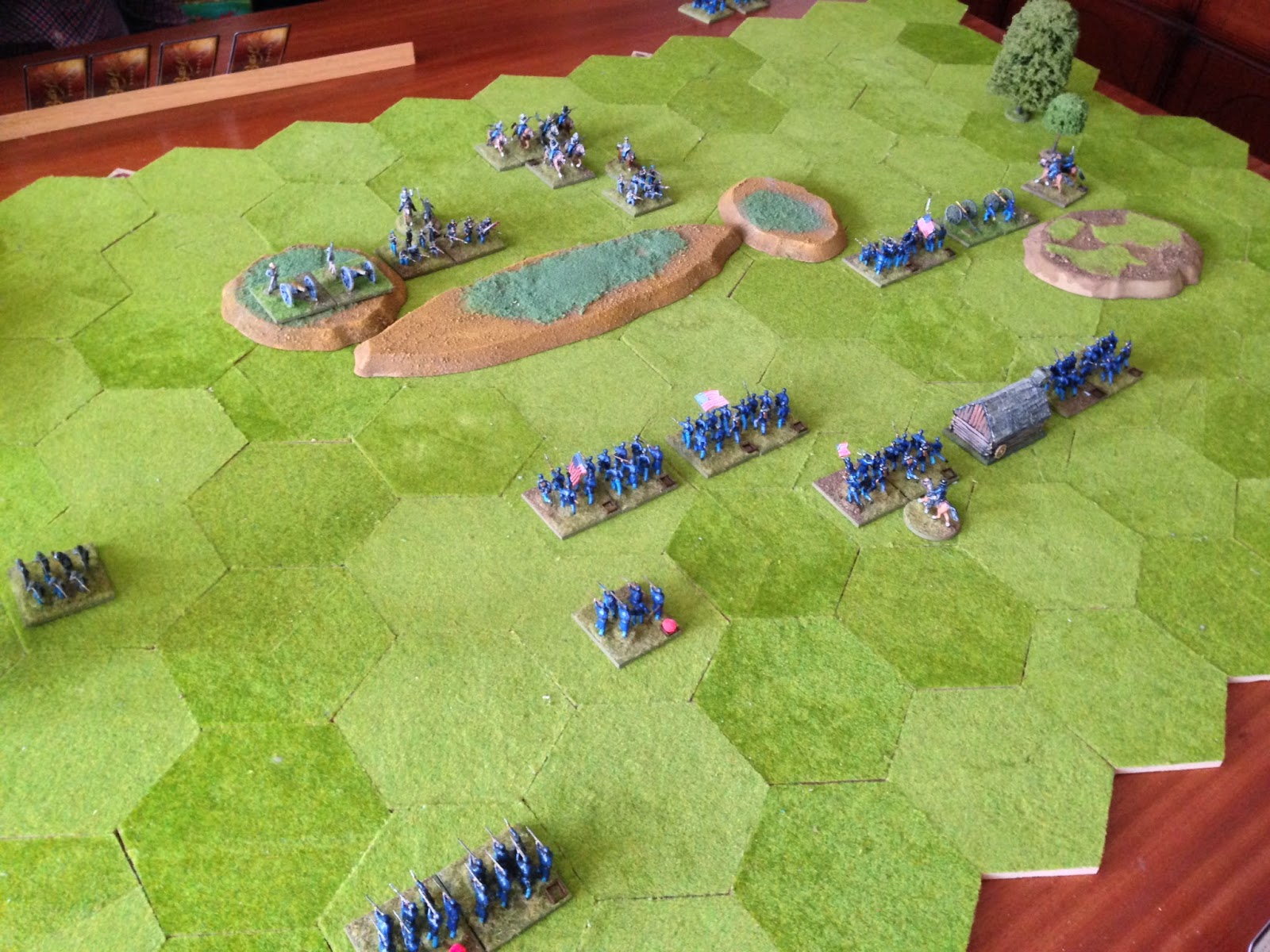 Effectively pinning the Confederate centre, heavy battles of attrition on the flanks (and a few bad dice rolls) would wear down the rebel infantry. 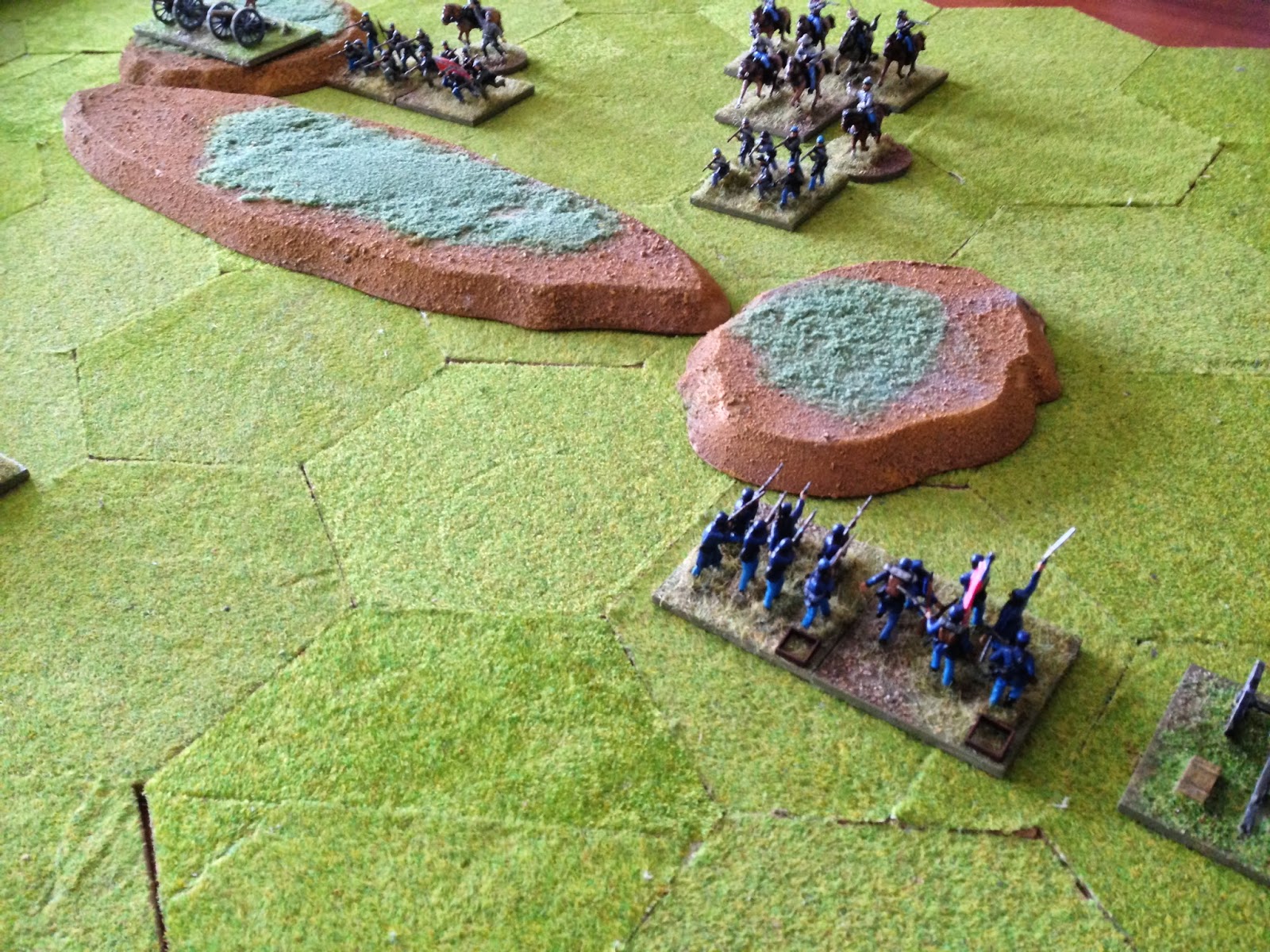 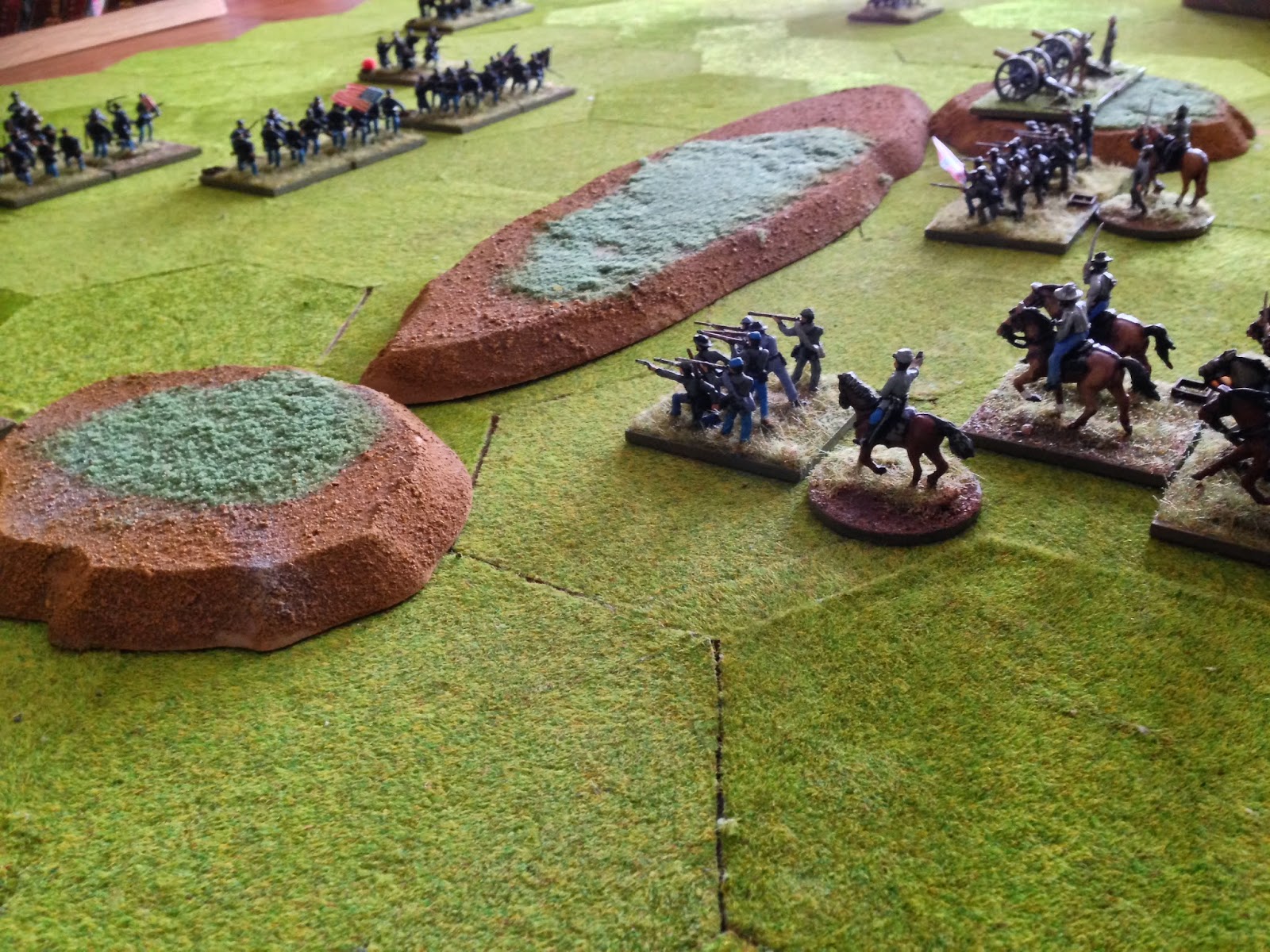 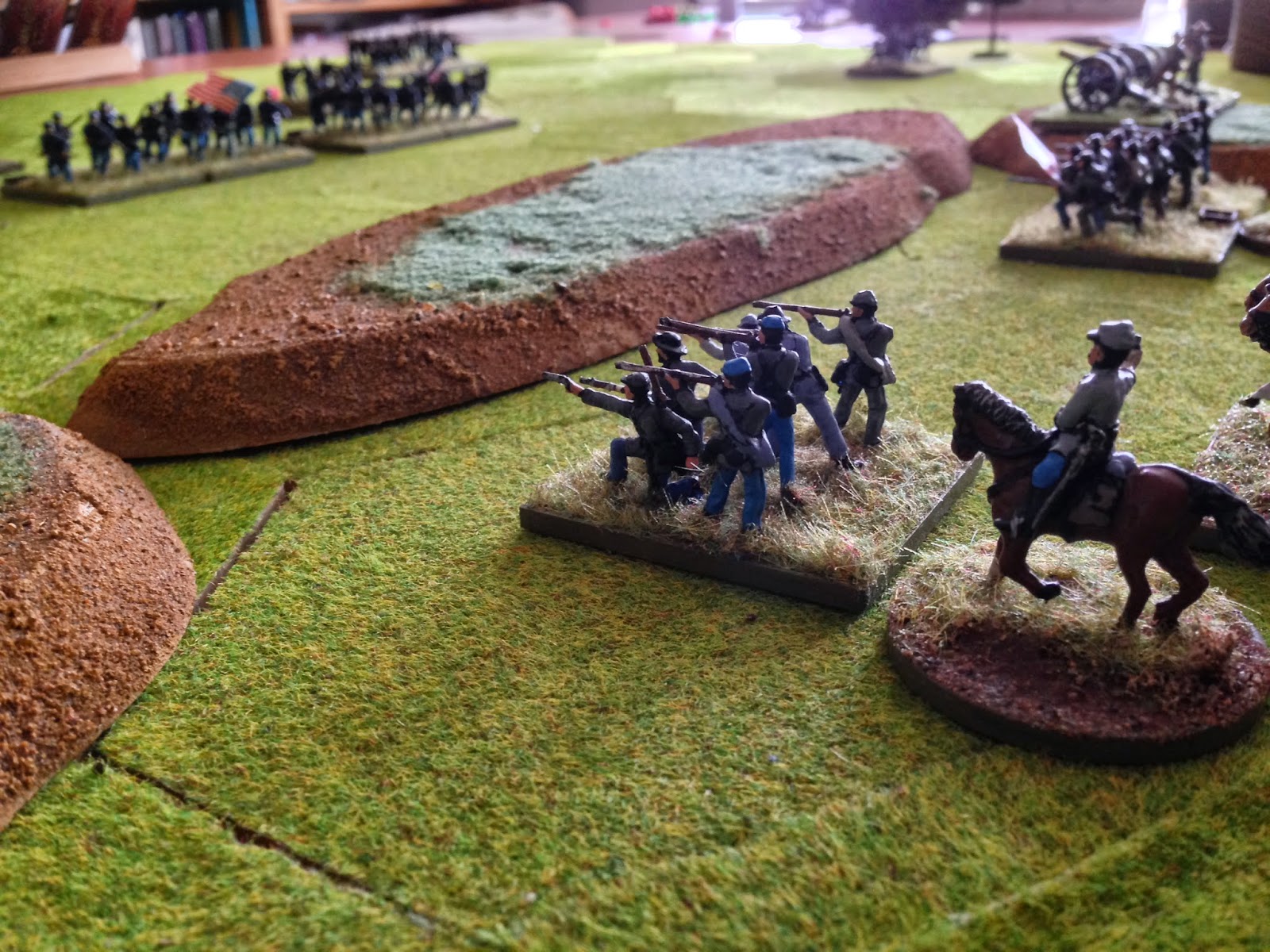 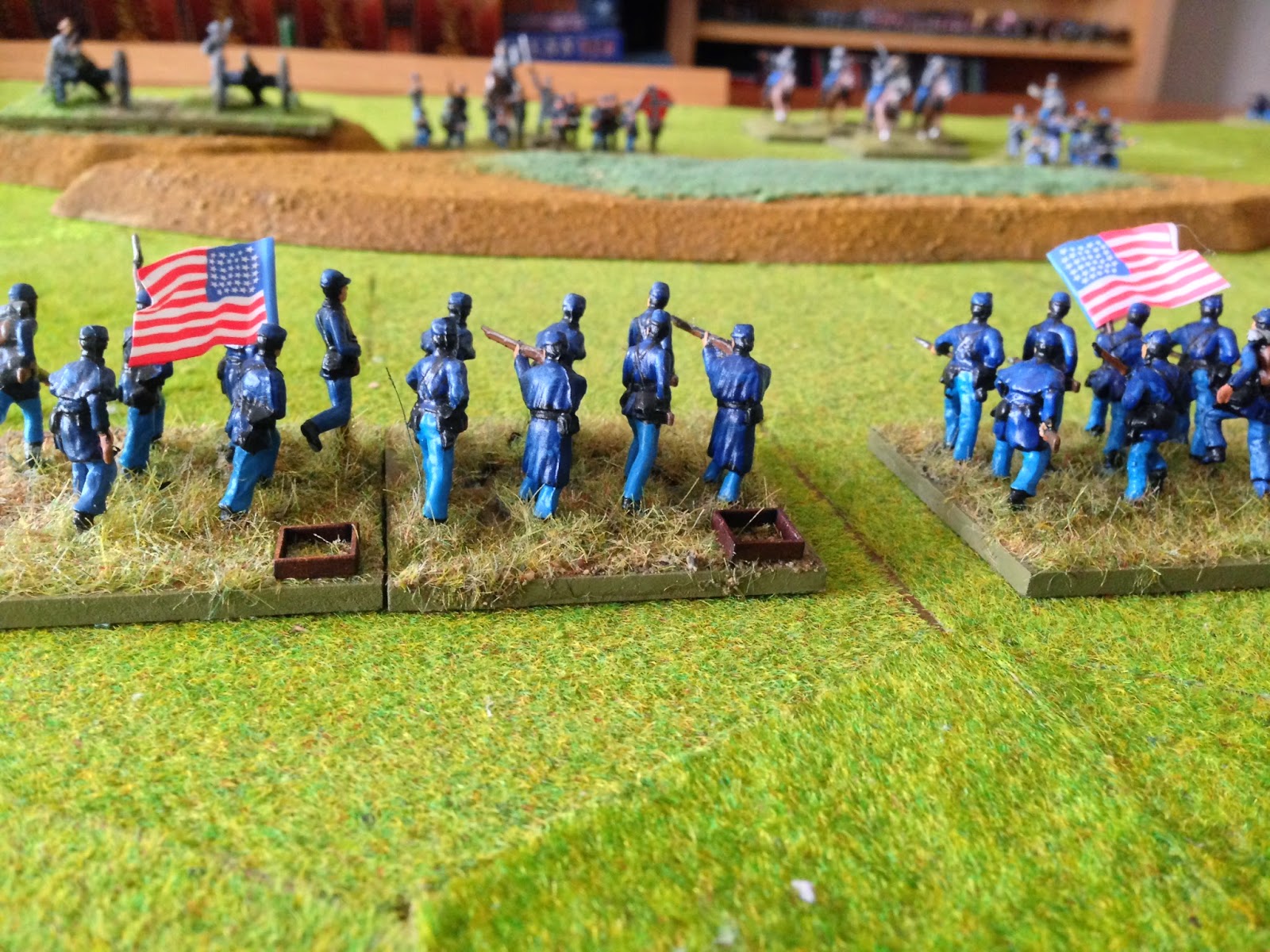 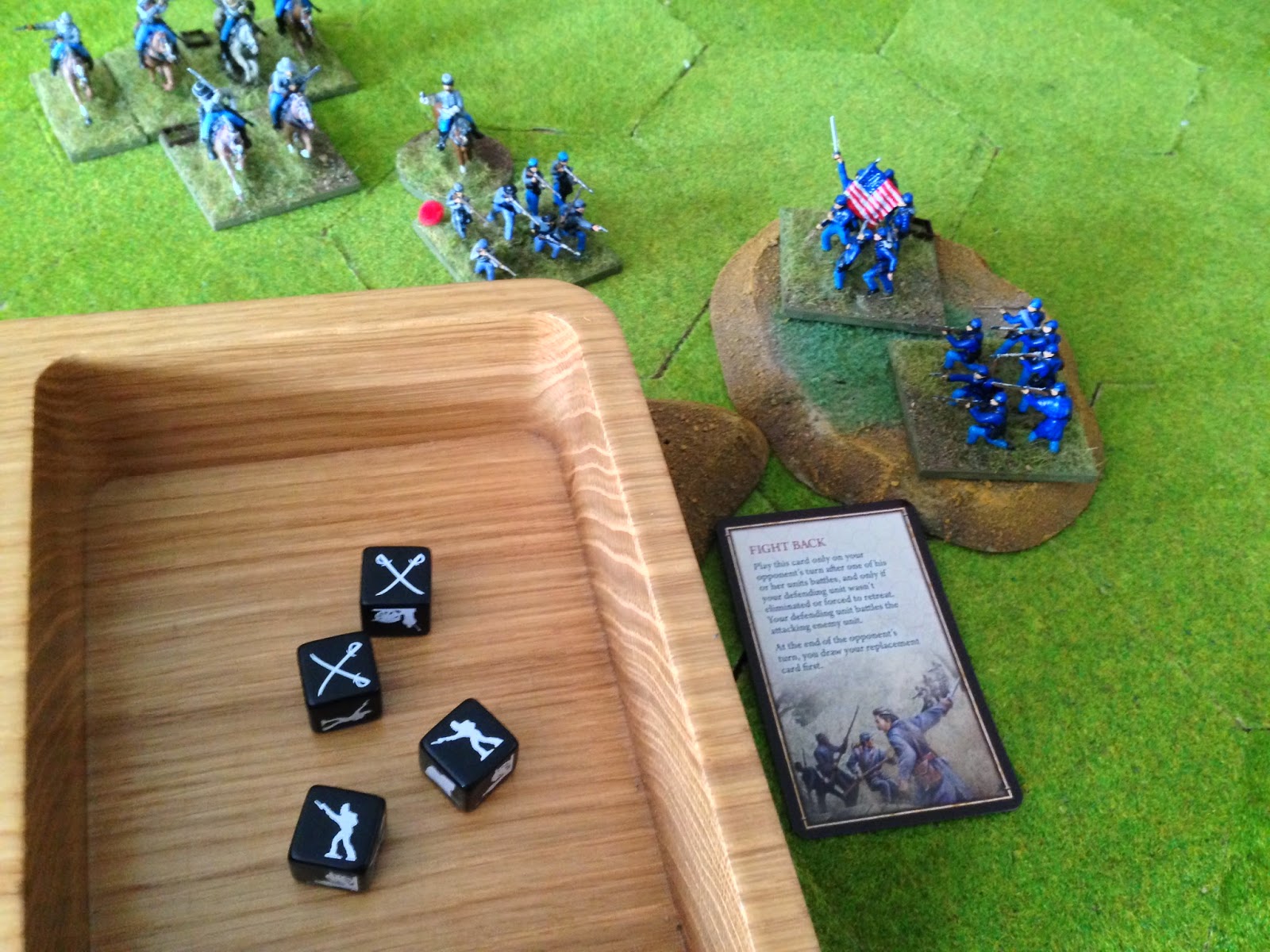 The ability to 'battle back' is not so prevalent as we see in other versions of the game, but when it happens (card driven in this instance), it can change the face of battle. In this case, Union assaults on the central ridge line are ineffective. 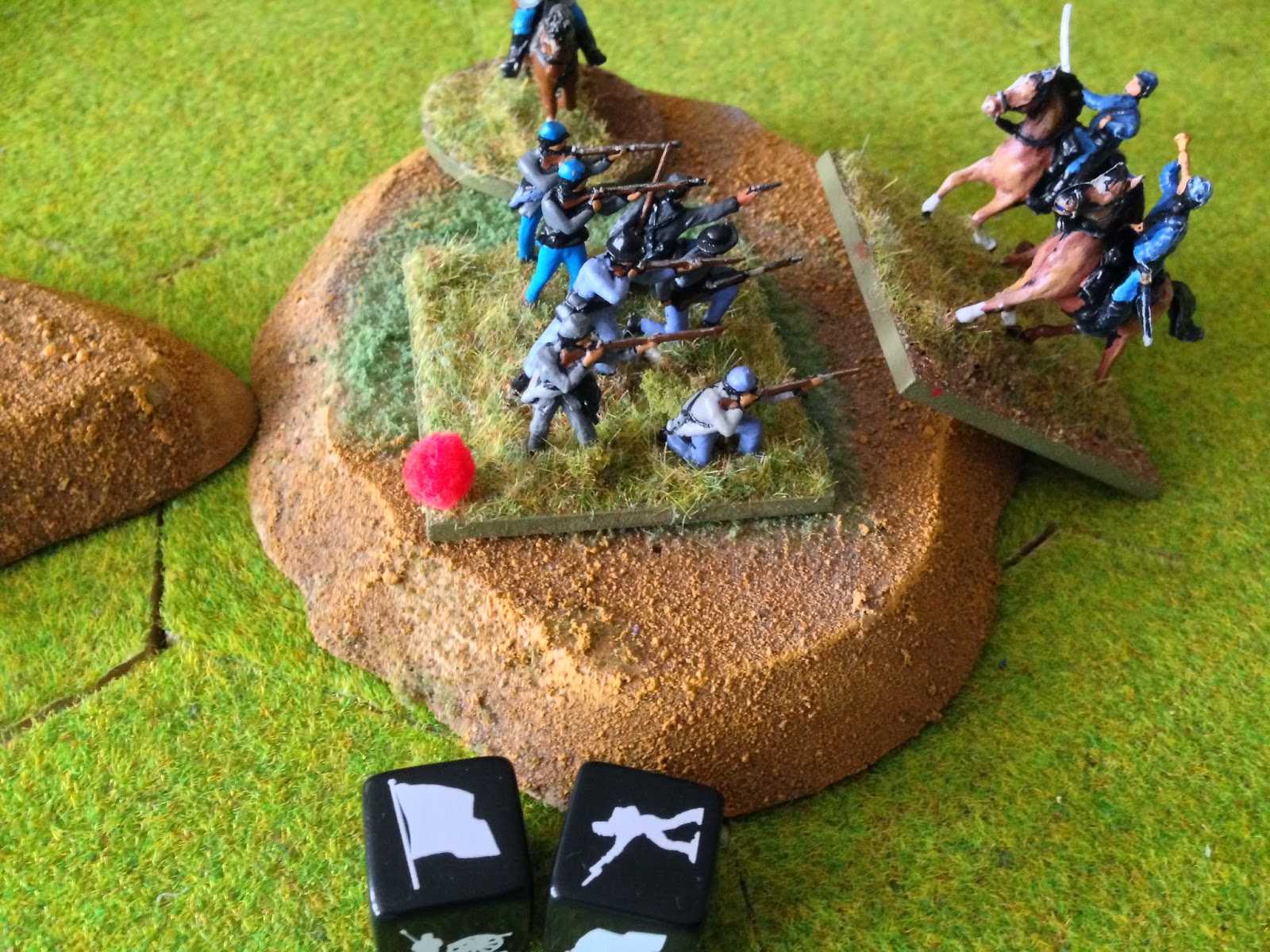 In the end though, gains on the flanks allowed a desperate Union cavalry charge - just enough to destroy the sixth Confederate unit and win the game. 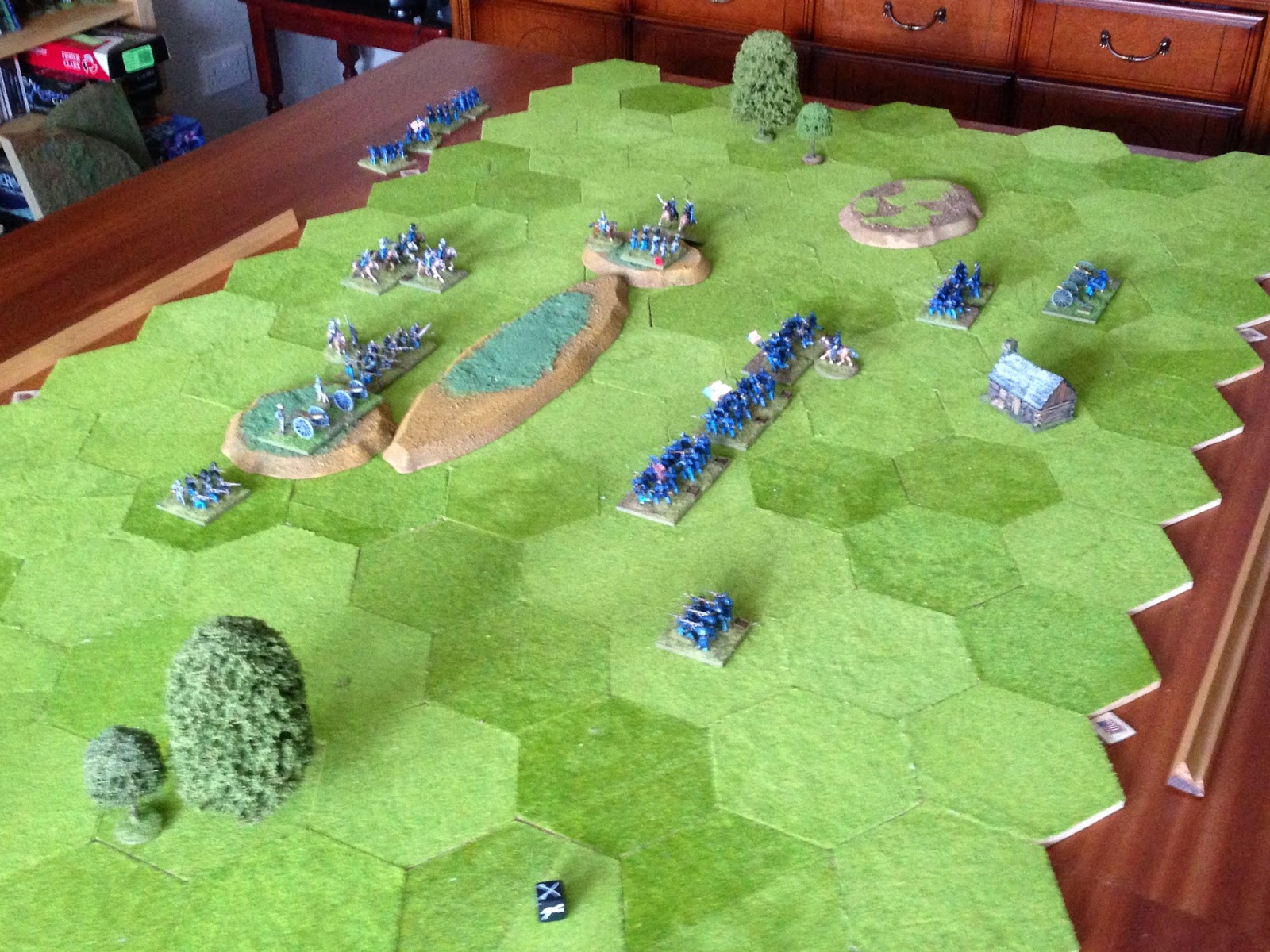 A nicely constructed set of rules for a quick game. Again, as with so many rulesets that we have tried recently, thoughts turn to hacking the rules and card system for other periods. Even seventeenth century Ireland might work here. There are enough event driven twists and turns to make it function as a game perhaps. We shall see...
Posted by Duc de Gobin at 10:40 1 comment: