Called in with Dice Demon Steve & Sgt Steiner to watch a play-through of the much talked about 'I Ain't Been Shot Mum' rules.
Both have been testing these rules over a period of weeks. 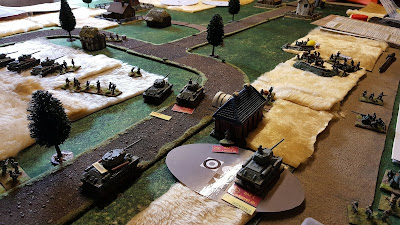 At the very least, sit back and look at some great examples of superb15mm forces belonging to both. 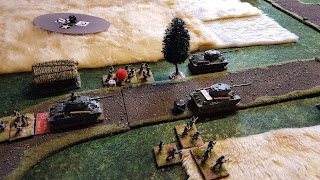 Soviet armour moves off one of the early blinds. 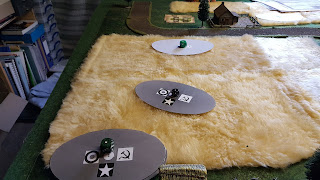 ...as reinforcements (or dummies) move through the wheatfield in the hope of triggering a defensive response. 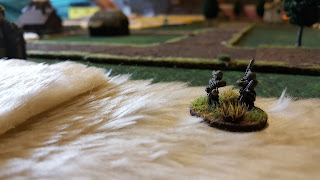 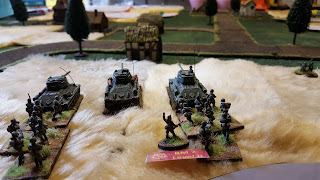 Armour gets slowed by some German defensive maneuvering. 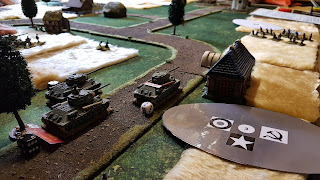 A lot of action on the Soviet left - some discussion over the mechanics - where the card deck can be added to as units come off their blinds - though this therefore can reduce the effectiveness of units remaining in blinds in terms of being able to respond to enemy activity, as they are waiting for activation from a single card in the deck. Some confusion in the rules in terms of keeping things intuitive perhaps - though we are used to defensive postured units being able to 'reactive fire' with impunity in most sets of course. 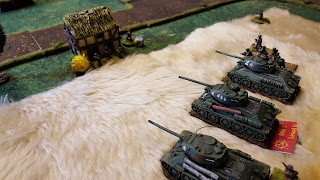 Soviet HE is a little devastating. 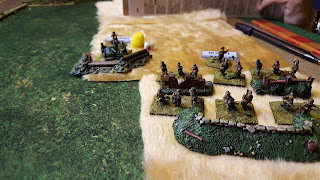 German AT fire is being handicapped by spotting/HE team ups, which seemed a little unrealistic, though occurs by virtue of the card deck mechanisms, and the relative restrictions of the blinds system. 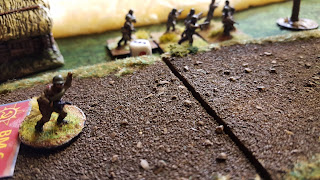 Forward Comrades ! ...or something... 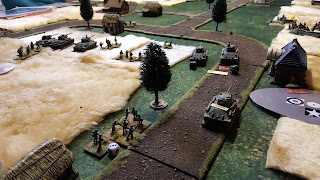 Mounting pressure on left and centre. 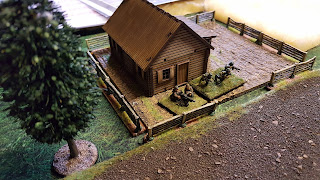 German MGs on the flank. 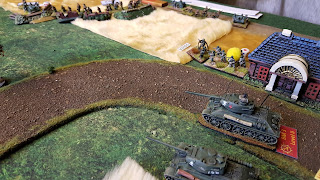 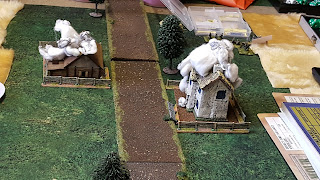 Soviet HE blows buildings to hell (though granted, someone *ahem* has to be able to roll 3 sixes on a 3D6 for this to happen ) 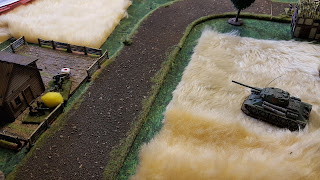 Time to take out the MGs. 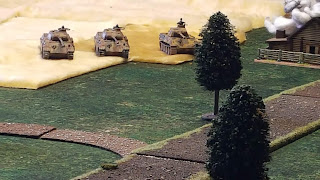 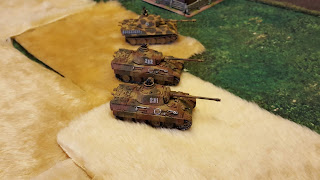 The Panthers had been hiding on a blind - and needed to start making a difference.

Ranges are quite close (12" = 80yds) so it's a close in game, where knowing when to shift into the battle off a blind seems to be key - though the guys still have a lot of questions and I imagine that house-ruling is the order of the day here. 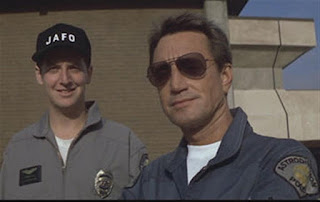