So, I bought Crossfire in 1995, and we played it ...today. I guess there has been some delay between buying rules and playing them in the past, but this one probably takes the record.

In the intervening years, I've read and understood/misunderstood what they're about, heard great things and heard confusing things, and yet always had that gnawing thought at the back of my head that these rules might just the 'the' WWII and modern rules set that combines (1) ease of understanding with added difficulty to master, (2) that hard to find 'real world tactics work'  ideal and (3) absence of a turn sequence that can be manipulated and turned against the 'spirit' of the game. 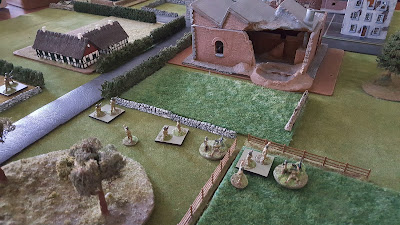 So I think we've found it? 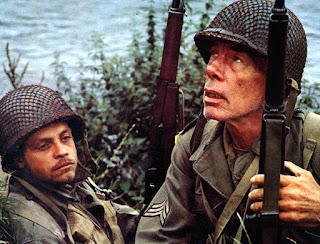 ' So ...he's going to use his finger to show his opponent where we move to? No measuring tape? It'll never catch on...' 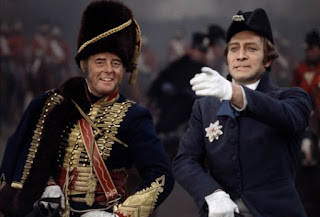 
I did get quite a jolt when during this game; the Germans had a prospective flanking maneuver across the fields, which could really have given the US Paras some trouble in their rear as they had moved too far forward - and I thought 'that's going to take him a few turns to move those troops around' until it struck me - this is Crossfire, and you CAN'T think in terms of 'bounds' or 'measured movement'. That in itself was enough to convince us that there was greatness at work here. You can't think in 'gamey' terms and time is completely elastic. If that isn't a credit to the rules, then I don't know what is.

There have been hundreds of rulesets produced since. I'm not sure I've seen many which are so far removed from the game-ist norm, and yet so close to the ebb and flow of C20th/21st battle - at least on the tabletop and in our heads. More research into Crossfire required I think... 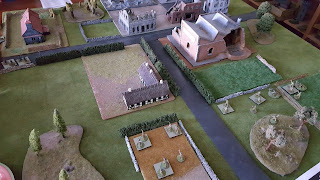 US Paras on the start line. One thing which stuck in my head here was the patrolling rules and jump off points from Chain of Command. Would they work here? Perhaps another game worth trying. 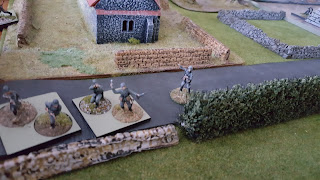 German units move up the road to get a shot at the exposed US flank. 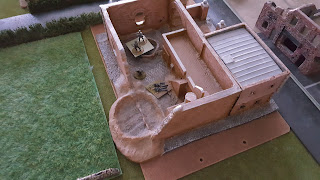 ...while simultaneously moving to the factory. We had to take the roof off! 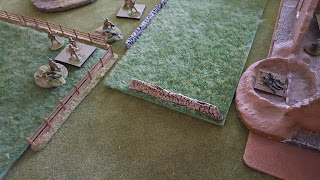 The Paras had a hard time getting in, and were pinned for several initiatives in turn. 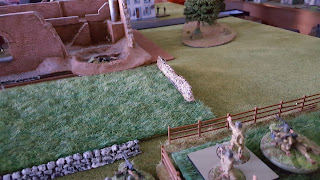 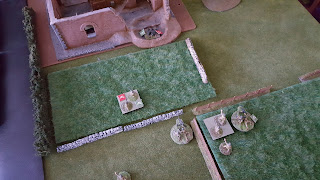 Taking some chances, they moved into the field, but were pinned down. 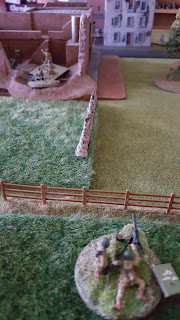 The MG gets a lucky shot at some Germans moving through the town in the open. 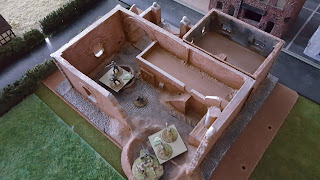 The US made gains in the centre, gaining access to the factory...eventually. 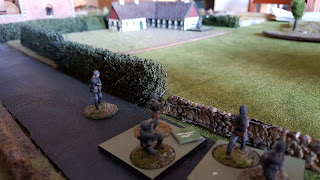 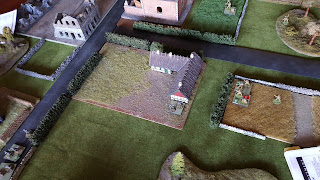 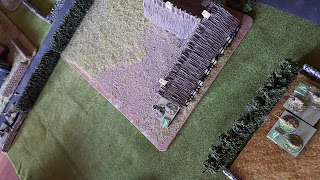 While a bloody firefight was developing on the US left. This could easily have become a flanking action. 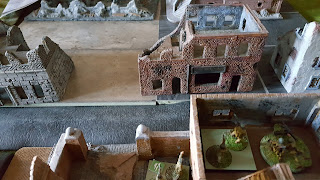 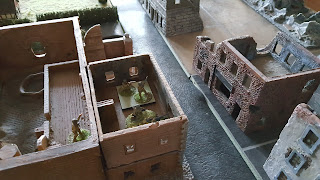 1st Platoon by now, were taking building after building, even firing on the flank attackers up the road. 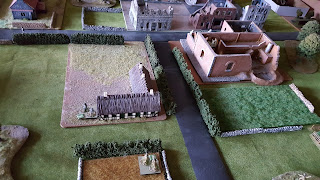 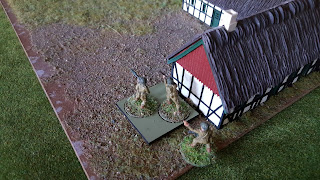 Leaving only the elements at the farm to deal with.

There was such an ebb and flow in this short battle. I think we saw how flexible and powerful the system really is.

It pays to be careful, and watch for opportunities to exploit - that is the key; and you are always engaged. The sign of a sound and well designed ruleset perhaps.
Posted by Duc de Gobin at 11:32 12 comments: