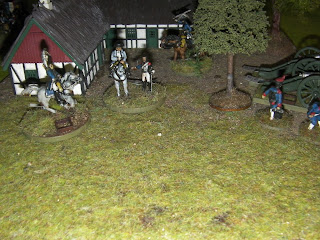 Volley and Bayonet game delayed, though preparations continue. Another shot to whet the appetite.
Posted by Duc de Gobin at 07:50 No comments:

Email ThisBlogThis!Share to TwitterShare to FacebookShare to Pinterest
Labels: Napoleonics

In preparation for the Volley and Bayonet game, French and Austrian forces begin to assemble. Those with keen eyes might note some very old Airfix French in the mix here. Some newer Hat figures on the right though. We'll be using base labelling for brigade identification and the little dice and square combos for casualty and status markers. Let's hope it's not too fiddly.
(We'll also be using late French figures for the early battle of Marengo...I hope no one complains!) 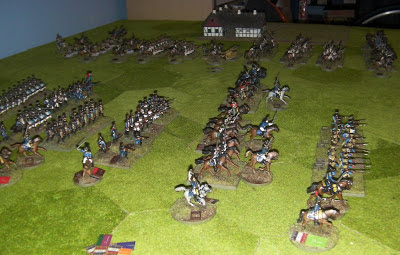