5 Core Brigade Commander is from Ivan Sorenson, and we have tried the 5Core stable before with skirmish rules. Ivan has a ton of good rulesets out there (try Wargames Vault).

Again the 'Scurry' and 'Firefight' rules mean that sometimes we can see full on fighting and lots of movement, interspersed with selective activation, punctuated by reactive fire...there, that was easy.

The nice thing about these rules is the ability to do larger scale cold war efforts - so there's an immediate advantage. There's a little bit of abstraction - but there needs to be, especially when we compare with the longer games of this ilk, such as Spearhead. We had a result in about 2 hours here, so the system really lends itself to campaign play. 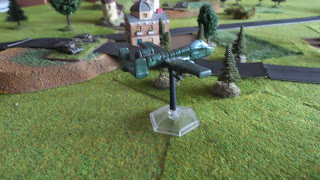 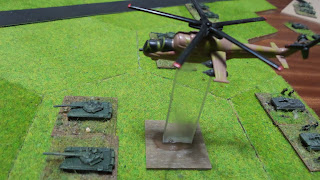 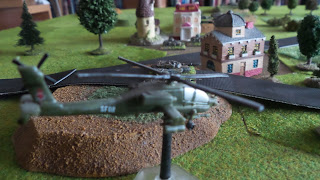 The US has some good support assets 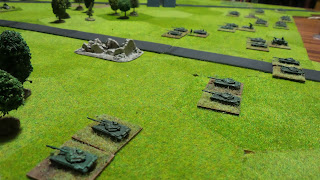 They're going to need them... 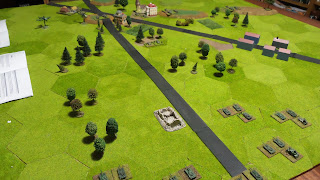 There's some cover, but perhaps not enough to stop the long range fire of the M1s (we gave them a bonus) 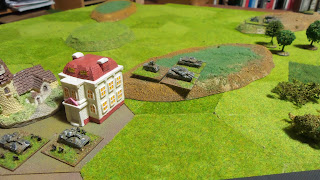 US could get cover bonus, and used some good positions, commanding the approaches. 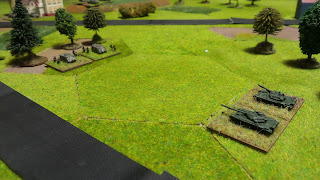 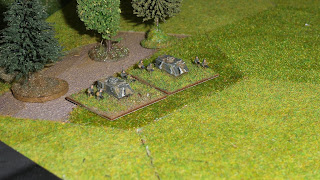 ATGMs become an annoyance, but do prevent advances if used properly, effectively dulling the Soviet spearhead in the centre. 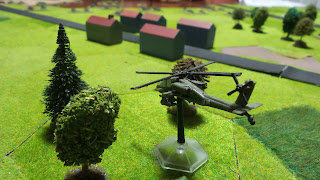 ...with the help of an Apache. 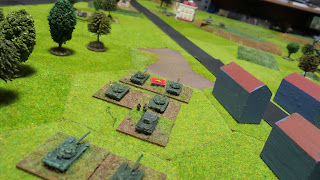 Soviet push in the centre. We dropped artillery for this game, but US guns/MLRS would have made a mess here. 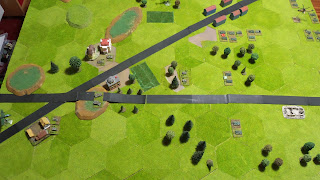 Aerial recon - I see a problem in the US centre... 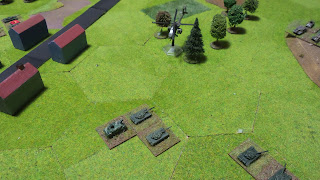 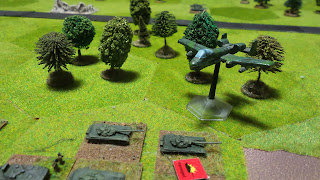 'Warthogs bar the door'...(the 'no prize' for guessing where I took that from Steve) 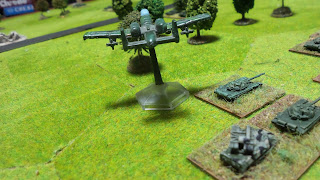 Oh..maybe not. Some SAMs make it a bad day for the US air. 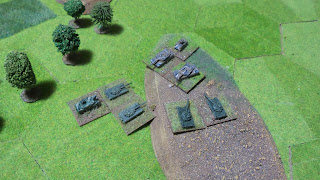 On the US right flank, overwhelming numbers detached from centre and the Soviet flank thrust make a mess. 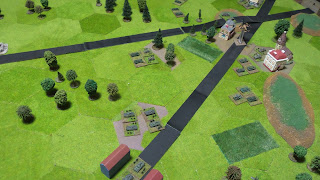 Infantry supporting the armour also made an assault on the town, and the US just ran out of numbers. 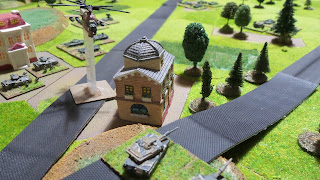 ...and Red Air made an appearance. 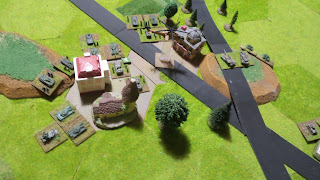 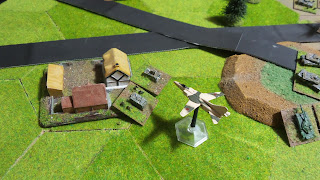 ...then just to add insult to injury, the US right collapsed. It wasn't going to end well at all.


There are some really nice systems at work, and to be honest, I liked the degree of abstraction. These work really well for campaign games. I remember in the 1980s using WRG for extended campaigns in church halls with 20 people over entire weekends - and to be honest, 2 or 3 two hour games with these rules would give the same results for 2 players. Definite food for thought here - and Ivan's smaller scale rules can be used for skirmishes in the wider campaign - which he also touches upon in the rules.
Posted by Duc de Gobin at 15:29 11 comments: