A hectic schedule at work, and there was still time for a few games (clearly not enough though, as we had been hoping to squeeze in a playtest of the new 'Sabre Squadron' - I have a Syrian/Israeli 1982 clash in mind).

First up, is the Snappy Nappy game at Sgt Steiner's with his lovely 15mm collection. French vs Prussian, and a game where I saw my flanks collapse with pressure from cavalry on the French left and pressure from Prussian Grenadiers on the right, while I did my best to thrust the Old Guard into the centre. What a game! (I surrendered before it became embarrassing...)

Then a quick game of Memoir 44 with Fitz...
Ok, so it's a little 'gamey' with the cards and hexes, but when a system has an inbuilt mechanism that forces you to withdraw weakened units so that they don't count for enemy victory conditions - and yet doesn't have any form of morale system - there is genius at work...pics follow: 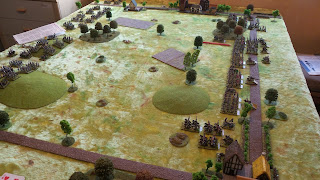 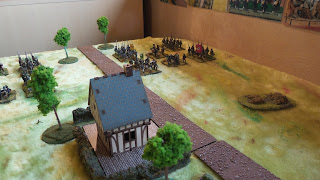 Sneaky Prussian Landwehr move on the French right, would be the cause of some consternation later... 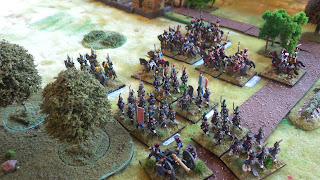 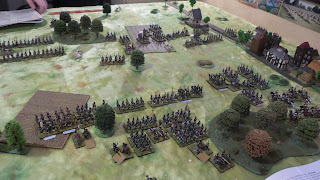 Triumphant advance (to be short lived) 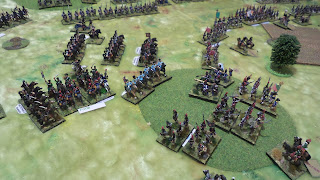 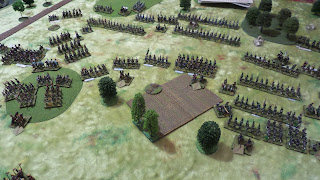 A steady advance in the centre. In hindsight - a rapid thrust from the centre with a holding action from young guard squares on the left would probably have been a better response to the cavalry heavy flank attack from the Prussians - though hindsight is a wonderful thing 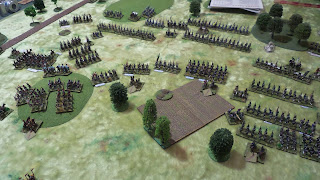 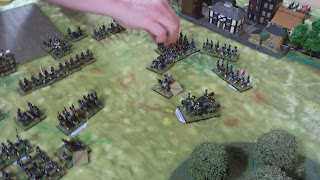 And...as the French cavalry deserts its brethren on the right, to reinforce the left, Prussian elites create havoc... 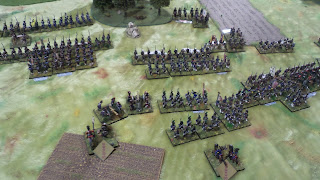 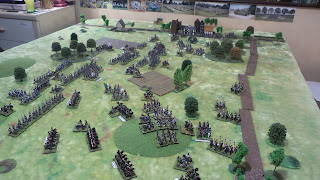 What a spectacle with Steiner's 15mm beauties...(you can just make out my flanks collapsing...you don't even need to squint...and if you listen carefully, you can hear me sighing in exasperation) 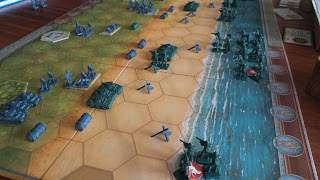 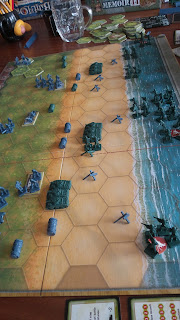 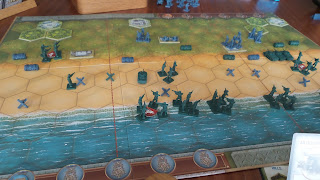 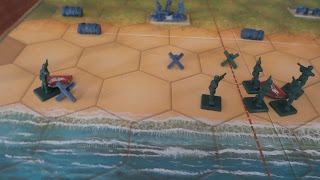 So, apart from missing out on Sabre Squadron, we got some decent games in. That said, Snappy Nappy is still a clear winner (albeit with a few house rulings required - for command and terrain) while discussions on Memoir 44's suitability for larger games has me thinking now...