A return to Maurice...because it provides such a tense game.

We didn't have much of a scenario behind this encounter, though we quickly developed a premise where during the siege of Londonderry in 1689, Enniskillen troops had wanted to send a relief force, while at the same time Percy Kirke had landed English troops on Inch Island who had marched unmolested toward the city. Both sides met and consolidated, before facing a fledgling Jacobite force with some guns in prepared positions.

In reality this is a bit of a stretch, as logistics, fear of Jacobite movements and general poor intelligence prevented anything remotely like this actually happening in 1689. 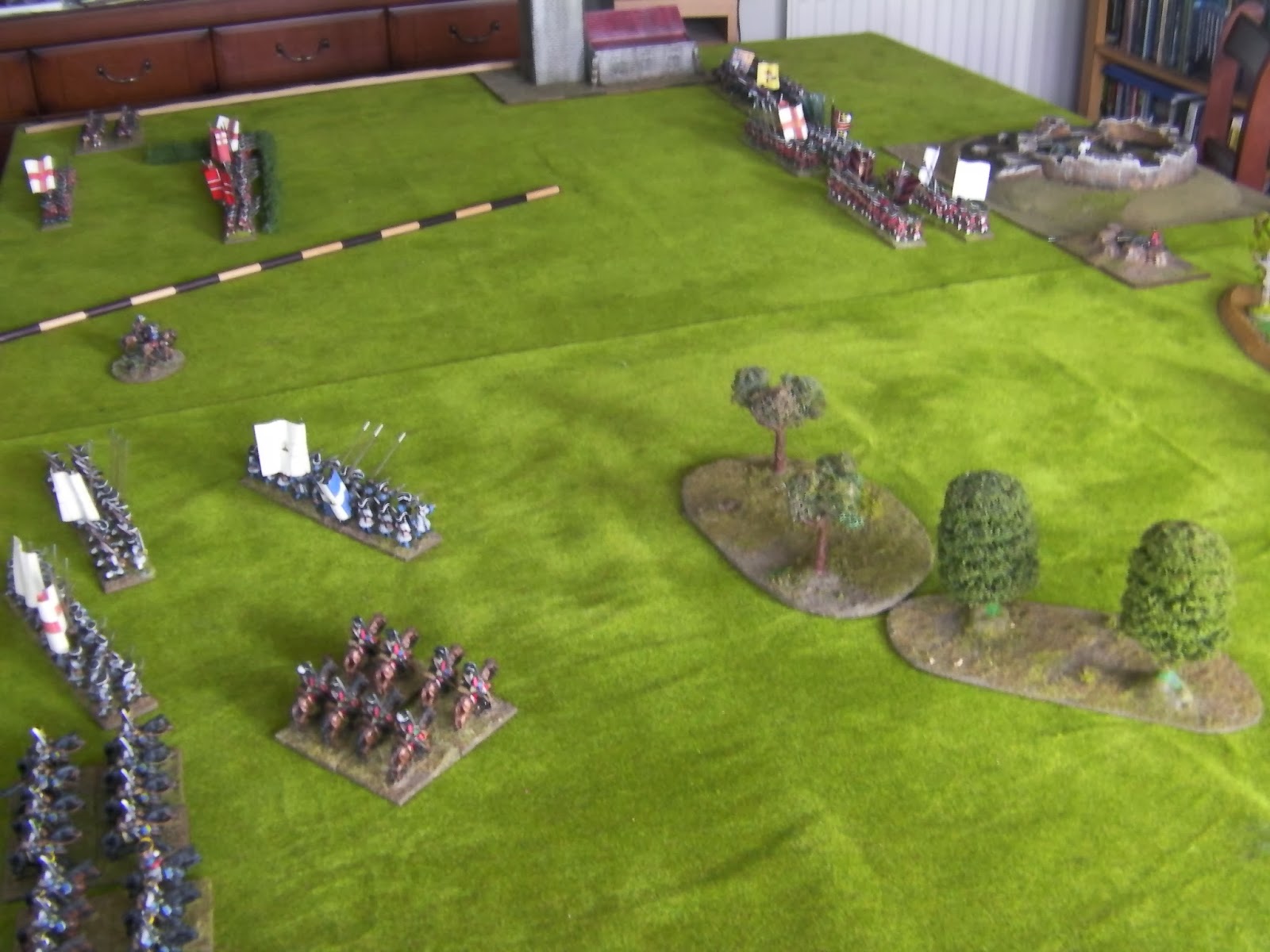 Scattered English and Enniskillen forces face the Jacobite lines on the right. 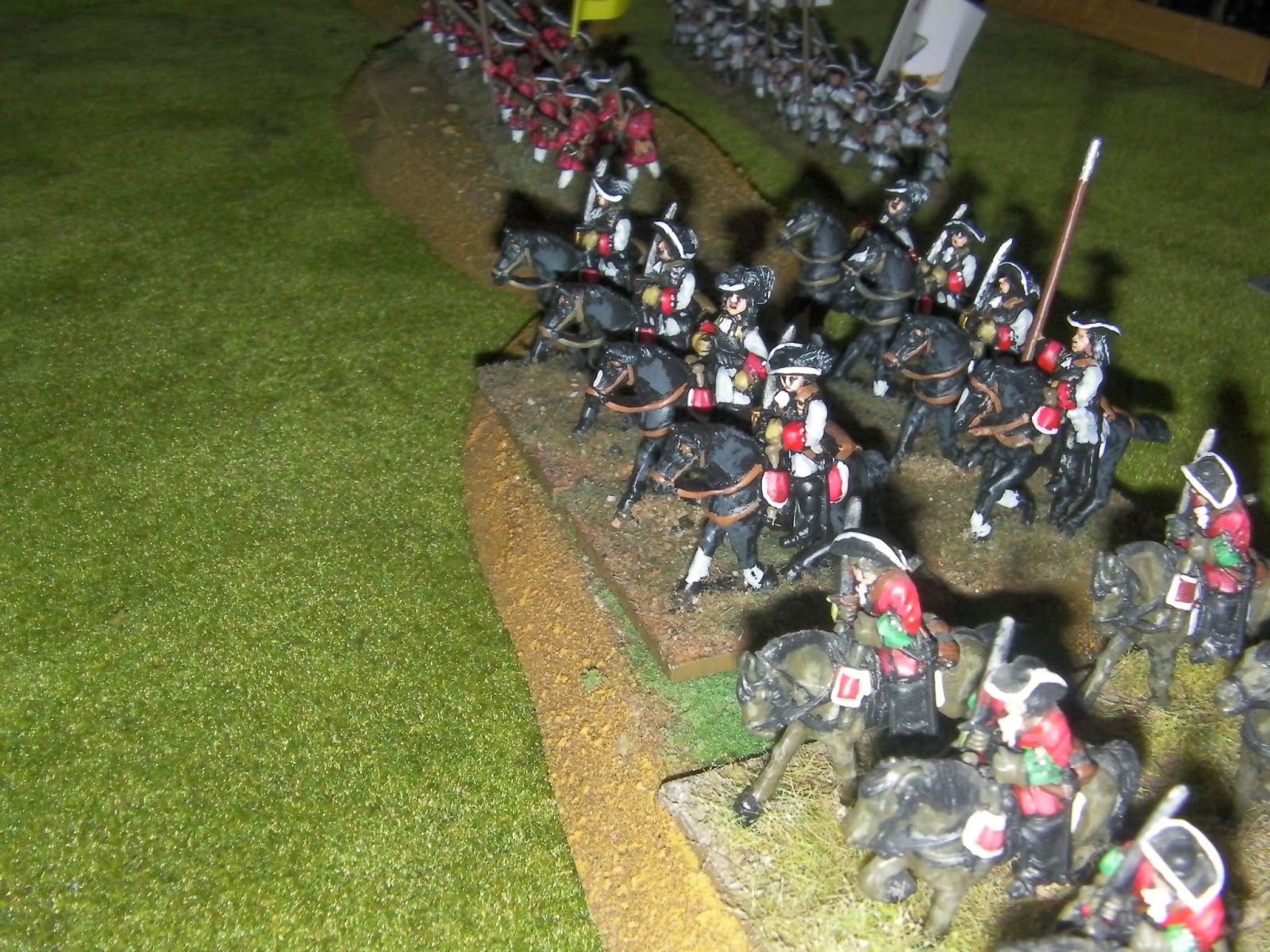 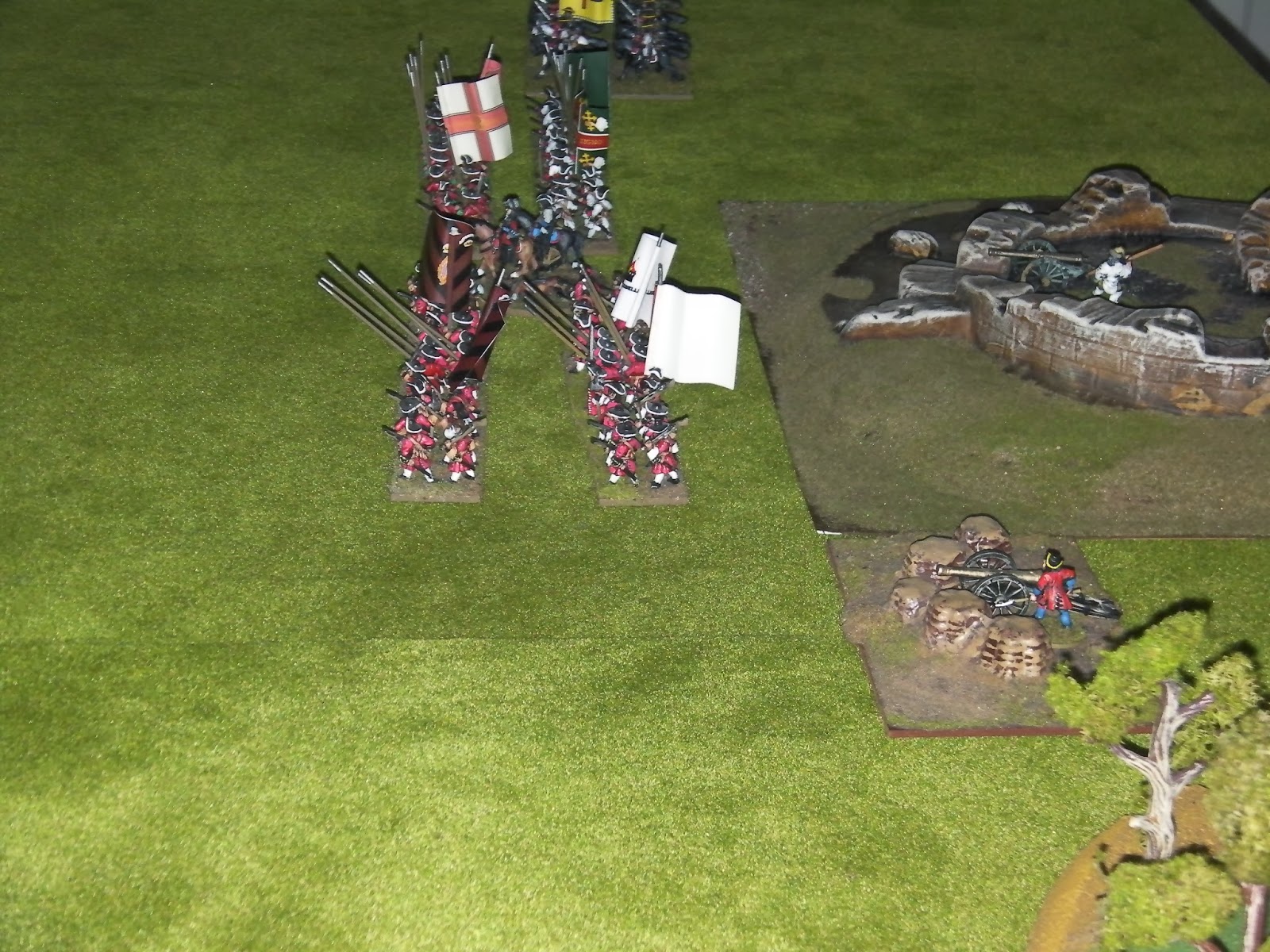 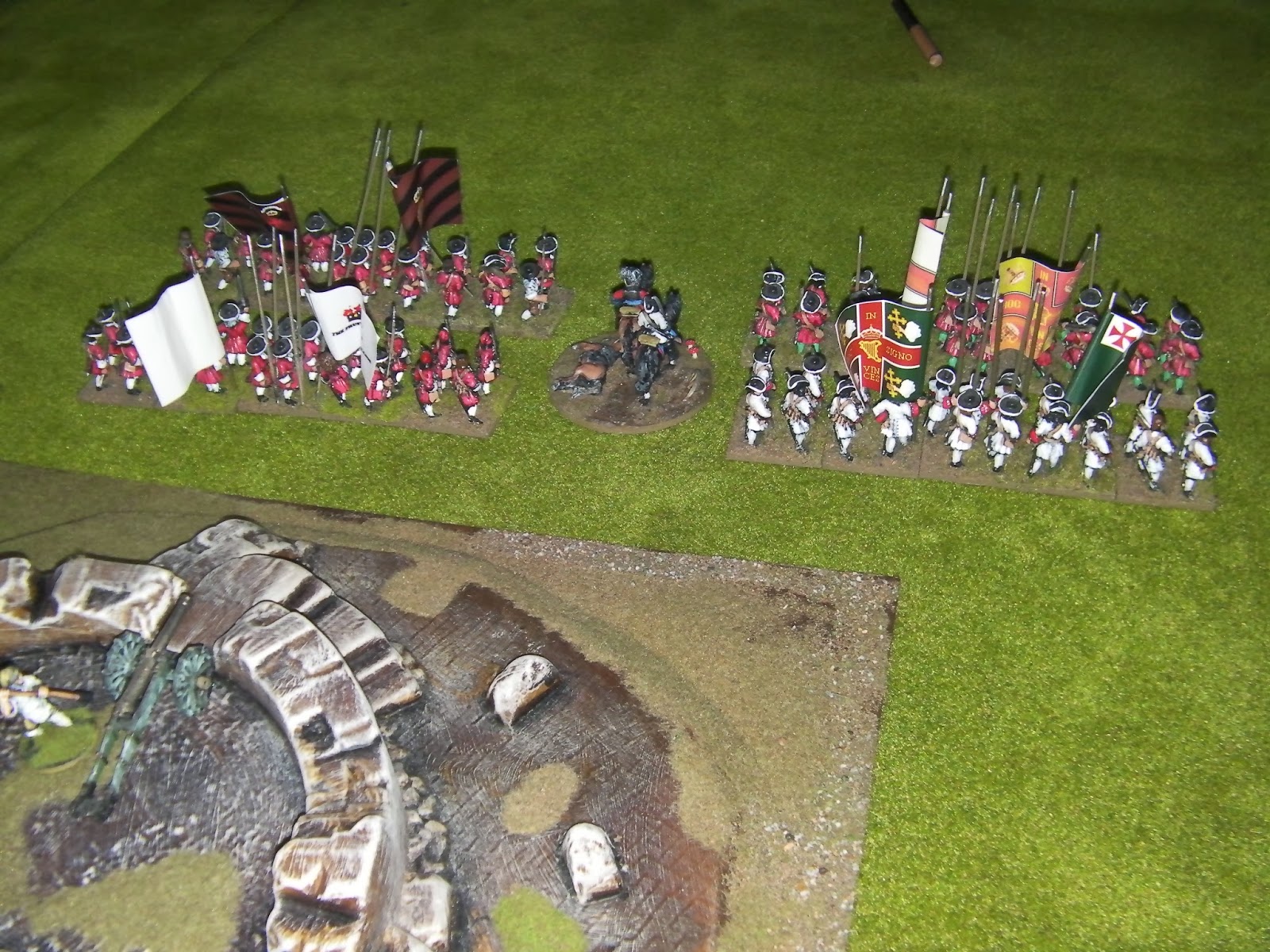 Poorer conscript infantry on the right. 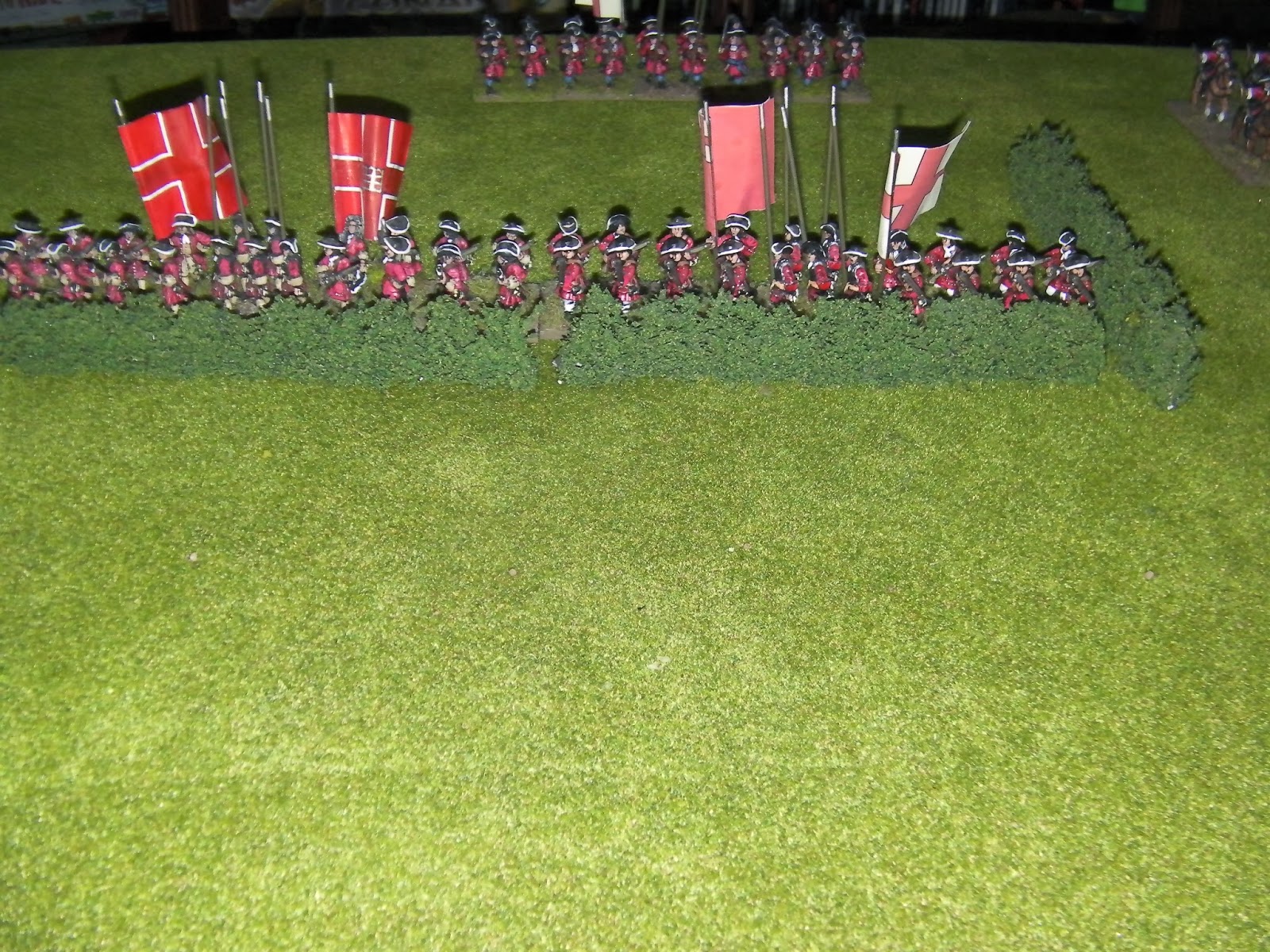 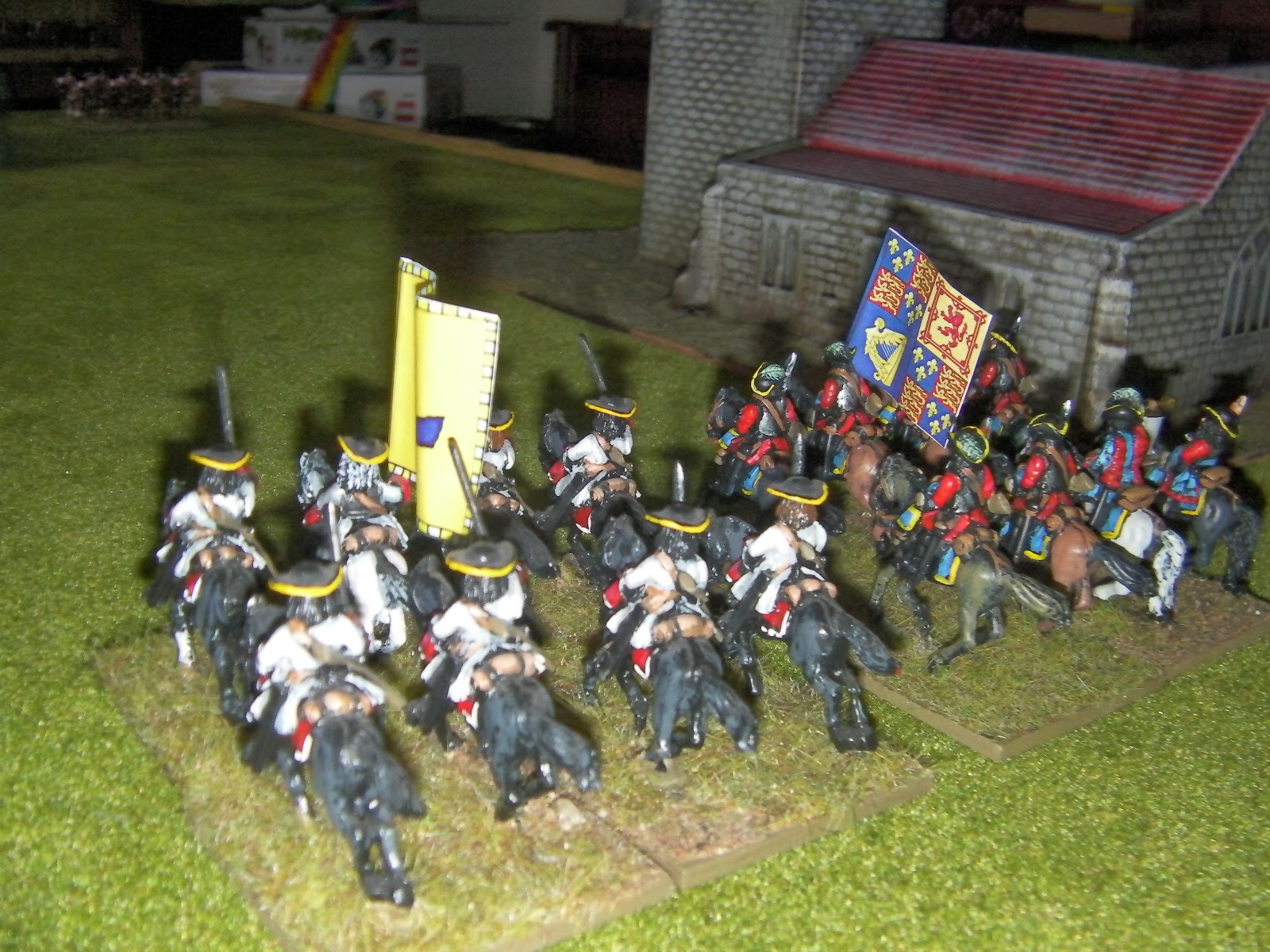 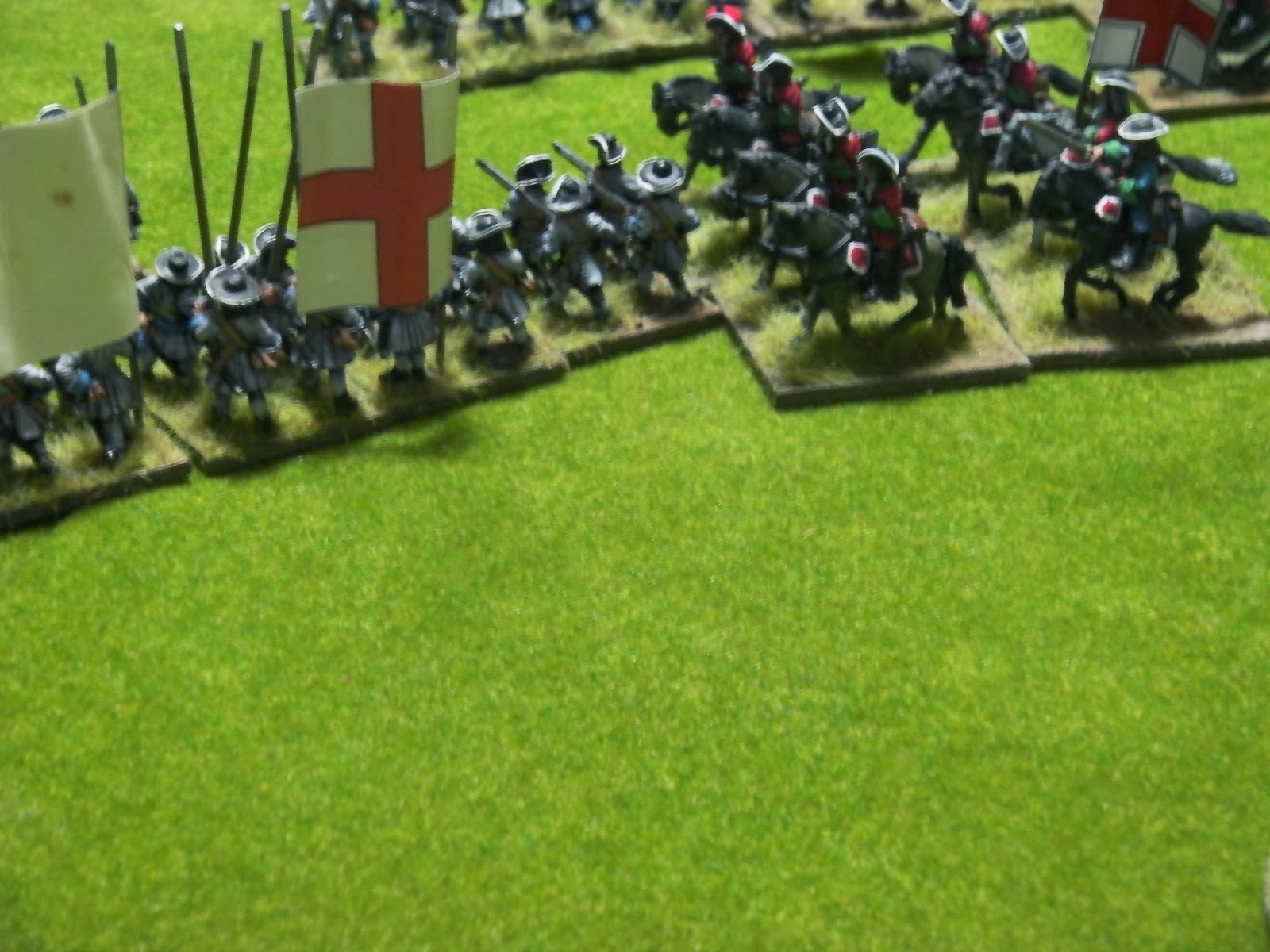 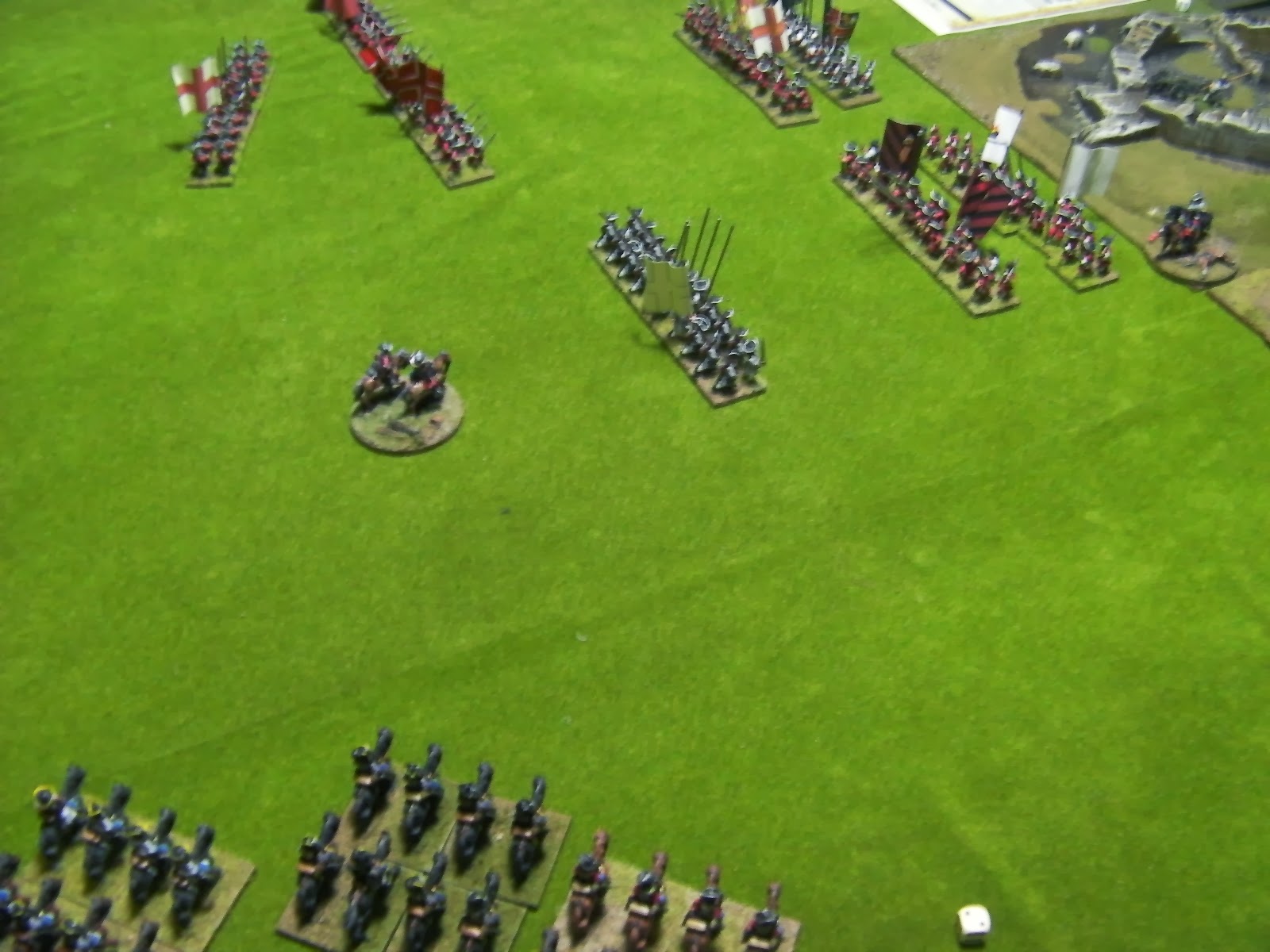 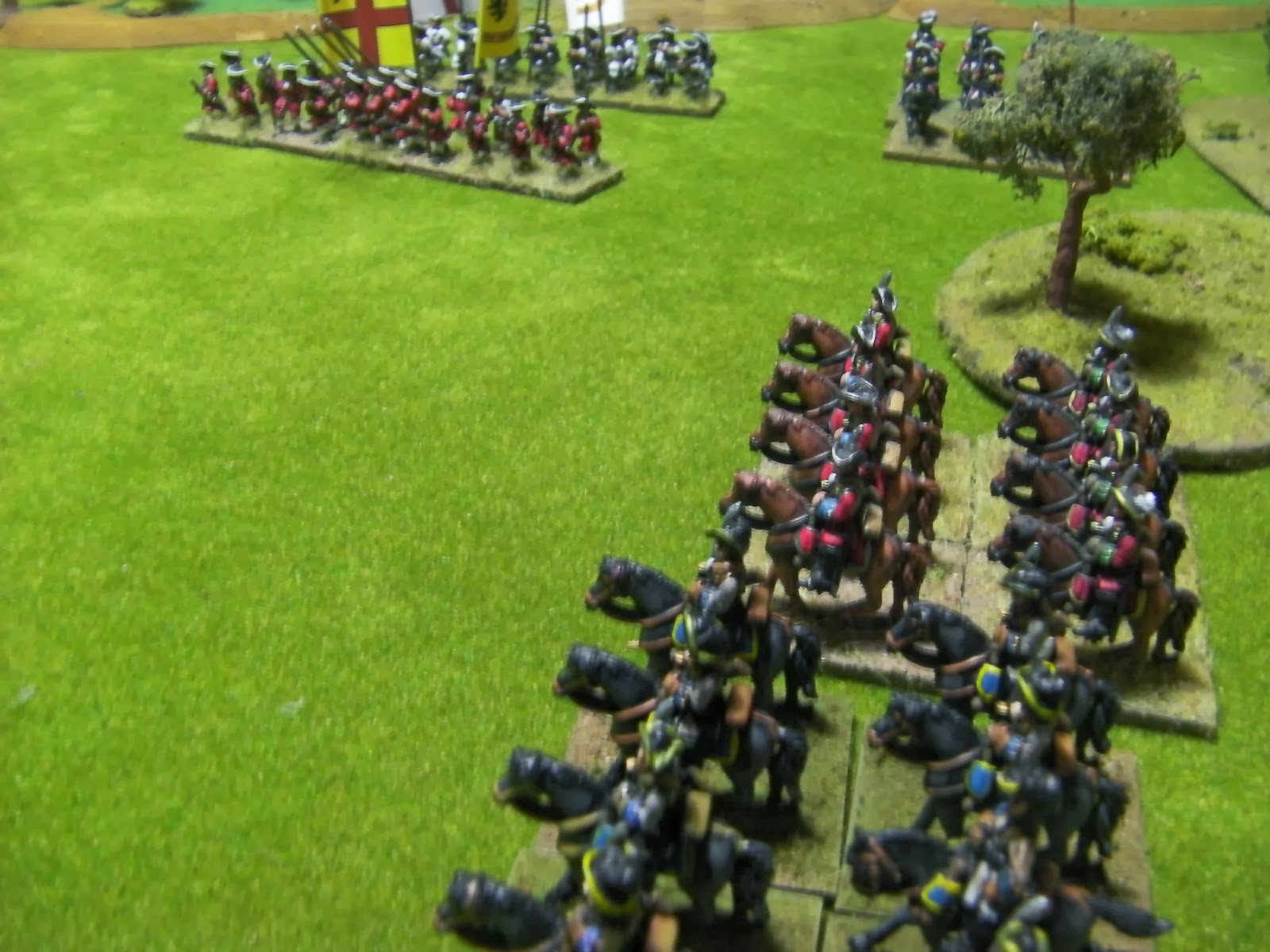 They are countercharged by the allied cavalry. Things move very quickly in Maurice. 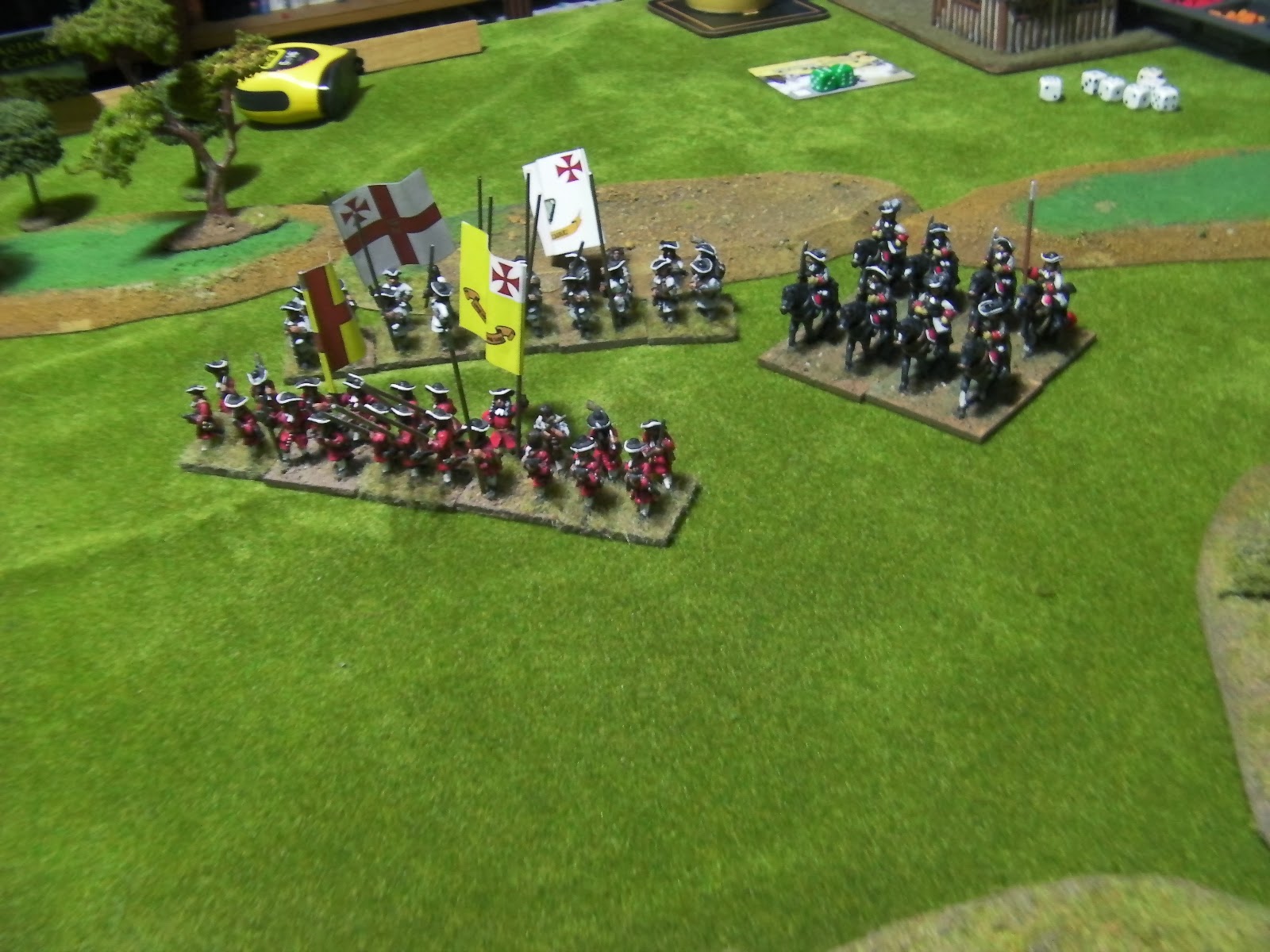 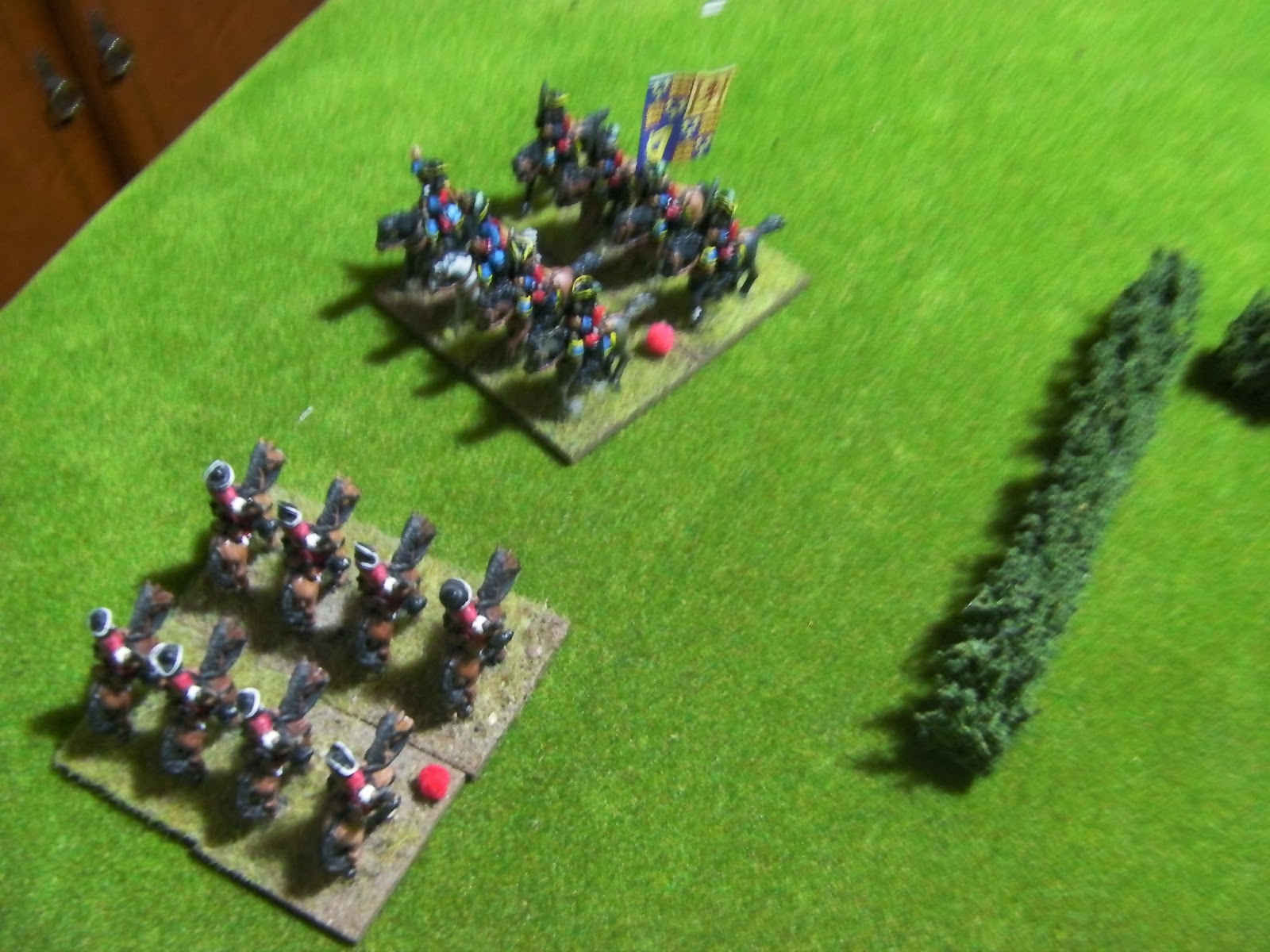 On the allied right, Jacobites are moving, while on the left, a protracted cavalry battle turns into a staring competition for the rest of the game. 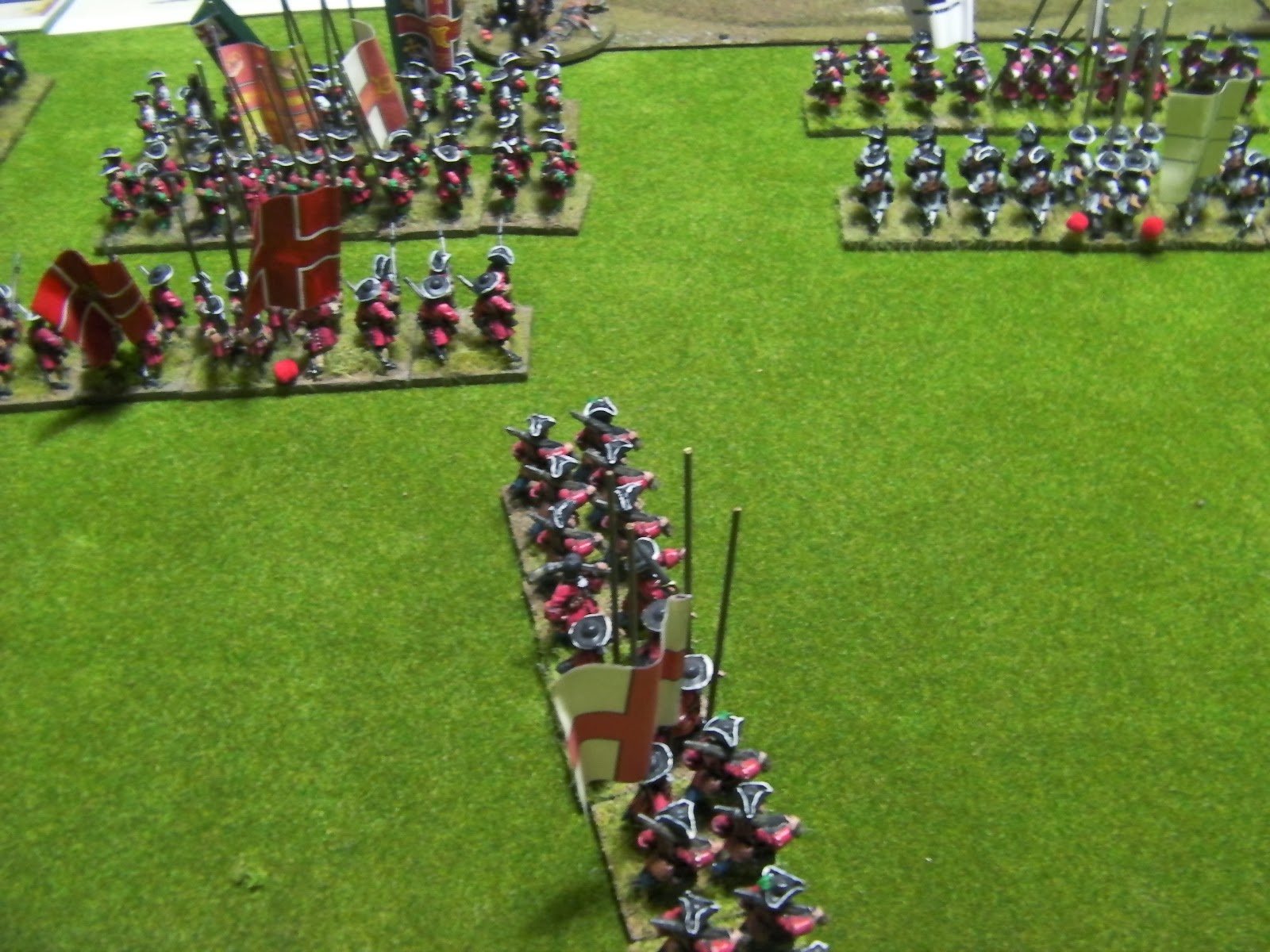 Kirke's English troops have advanced to musket range..which can be decisive depending on training. 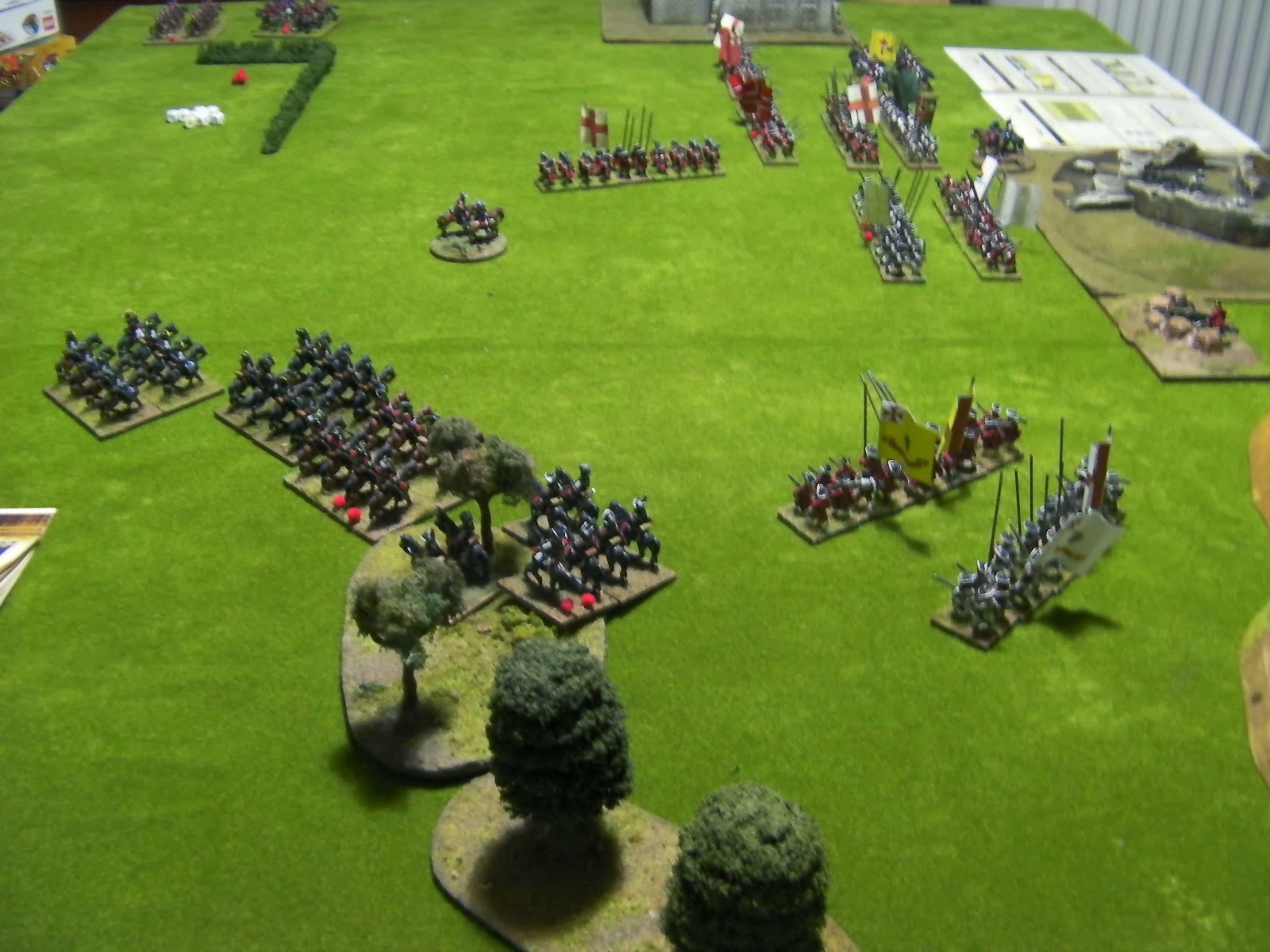 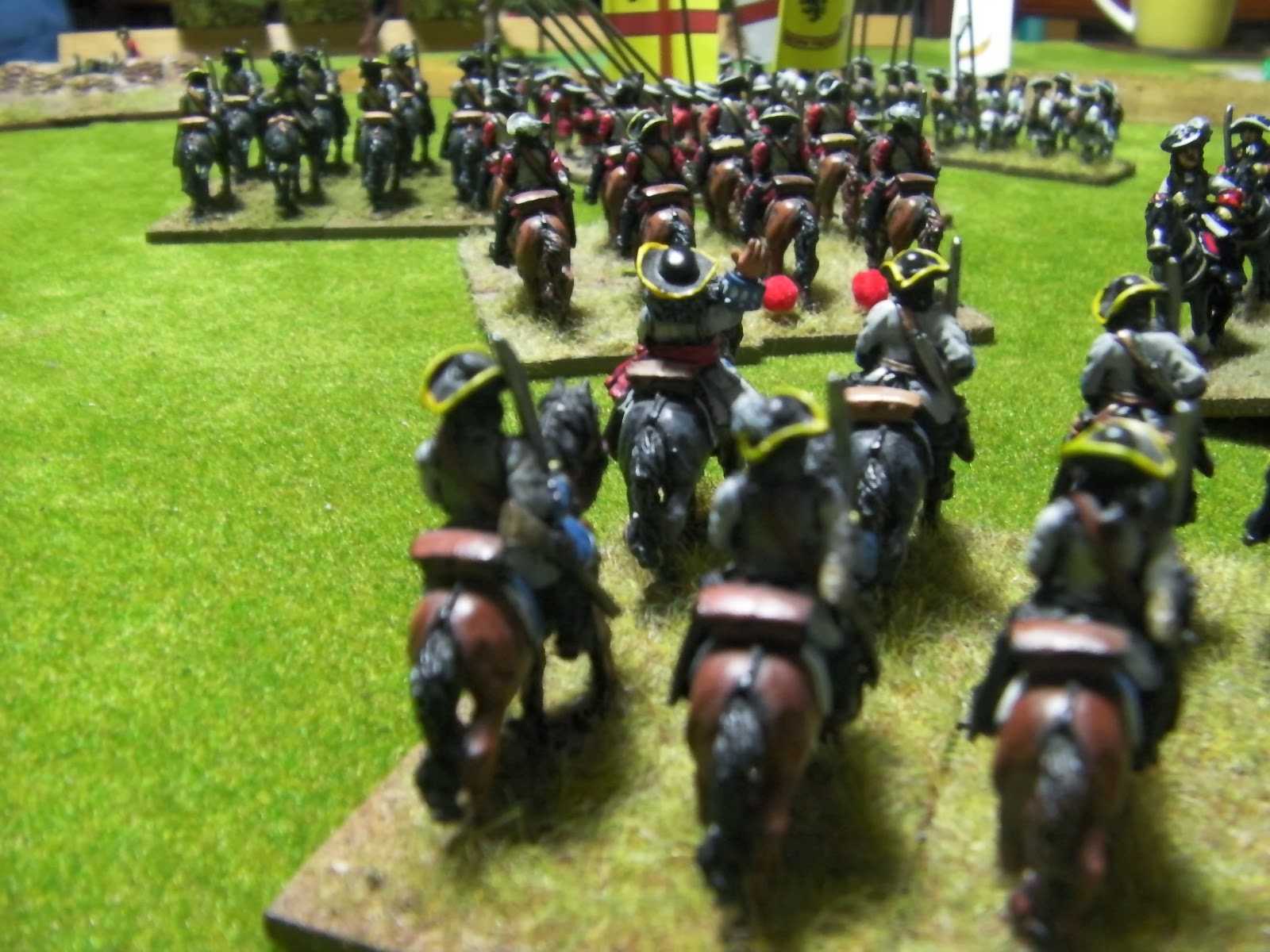 The presence of allied cavalry forces a stalemate on the right. 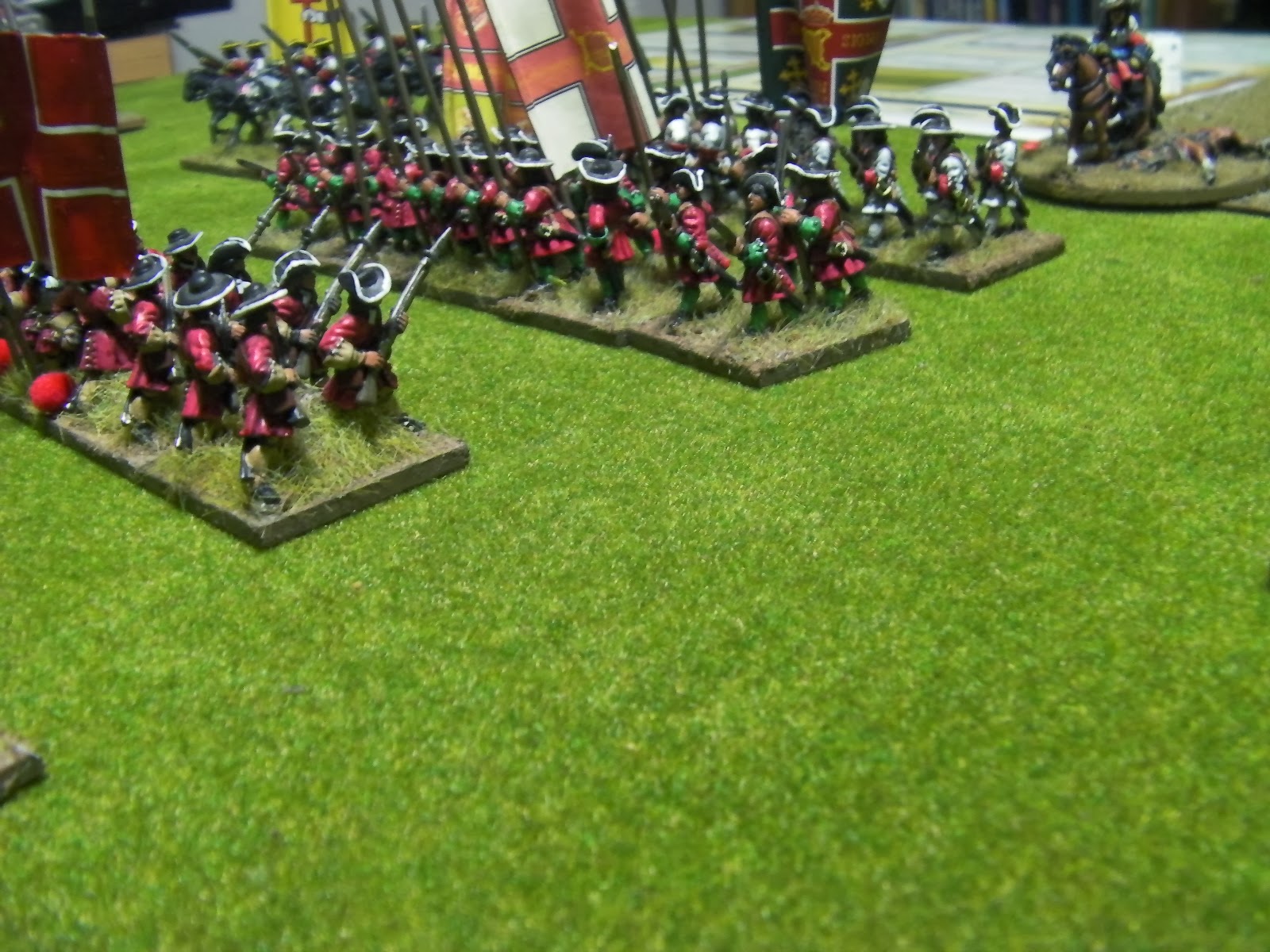 Clashes in the centre. 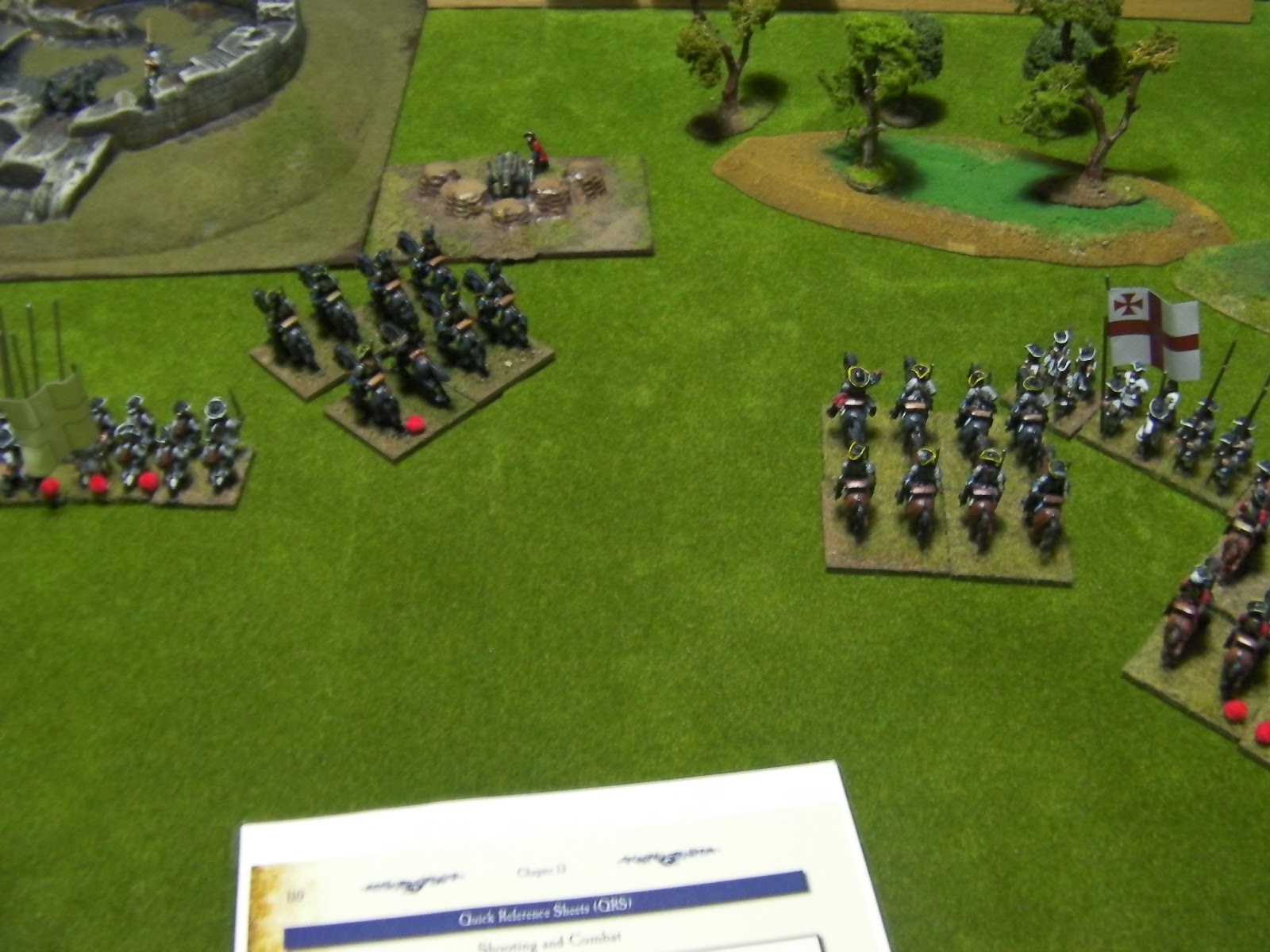 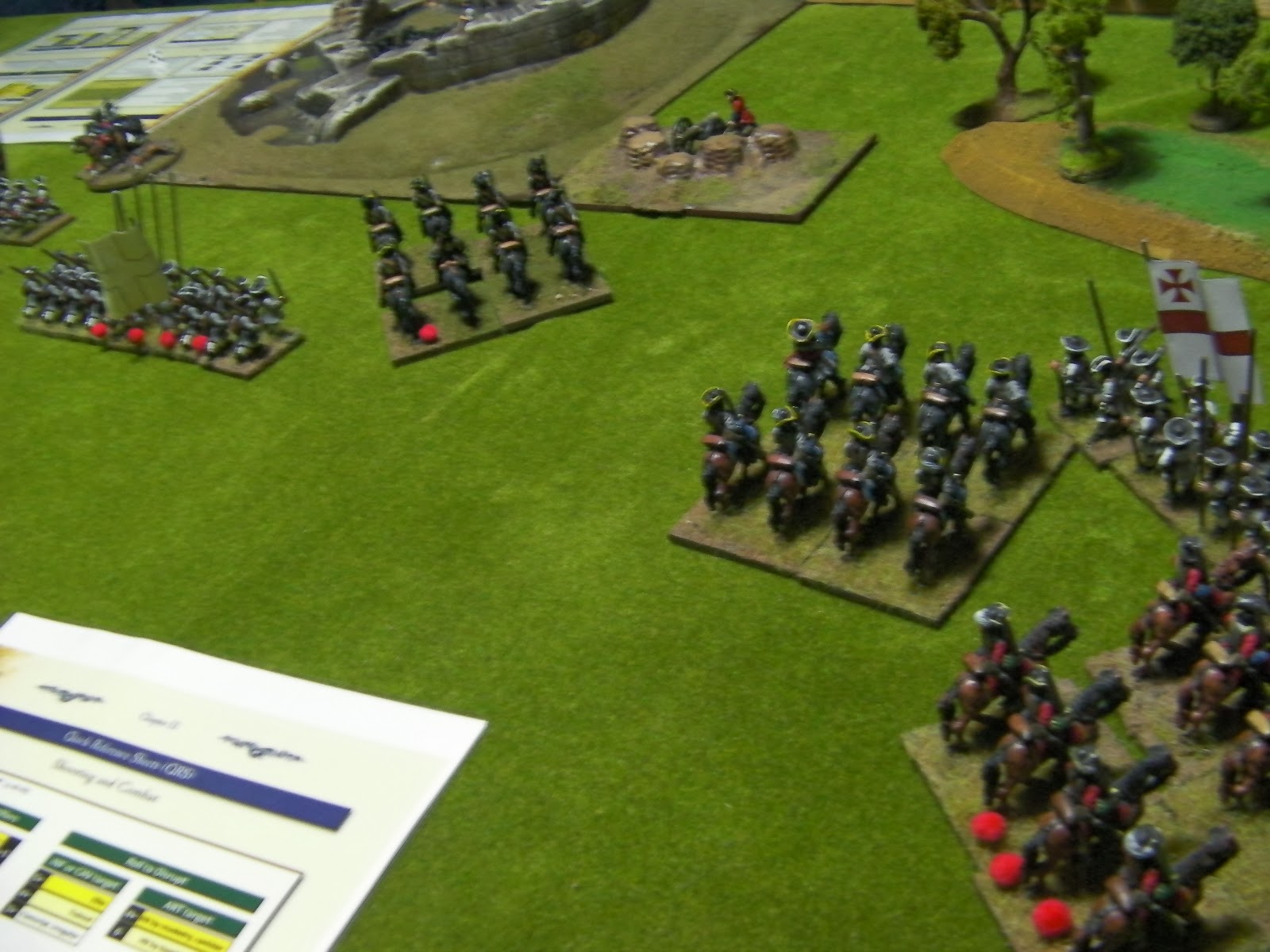 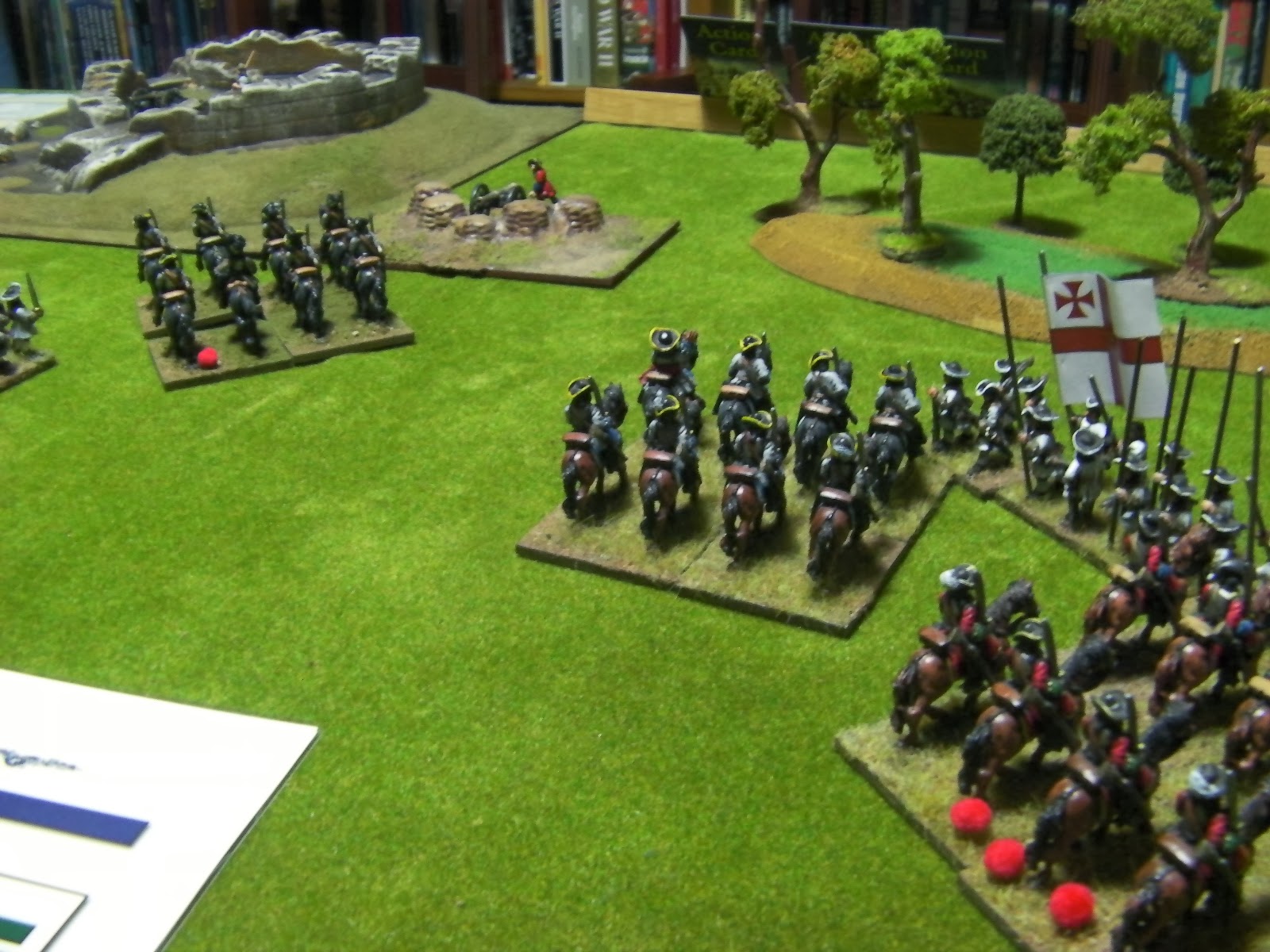 Allied cavalry charges - some work better than others, but in general they do a lot of damage. Losses in units are rapidly forcing down army morale on both sides however. 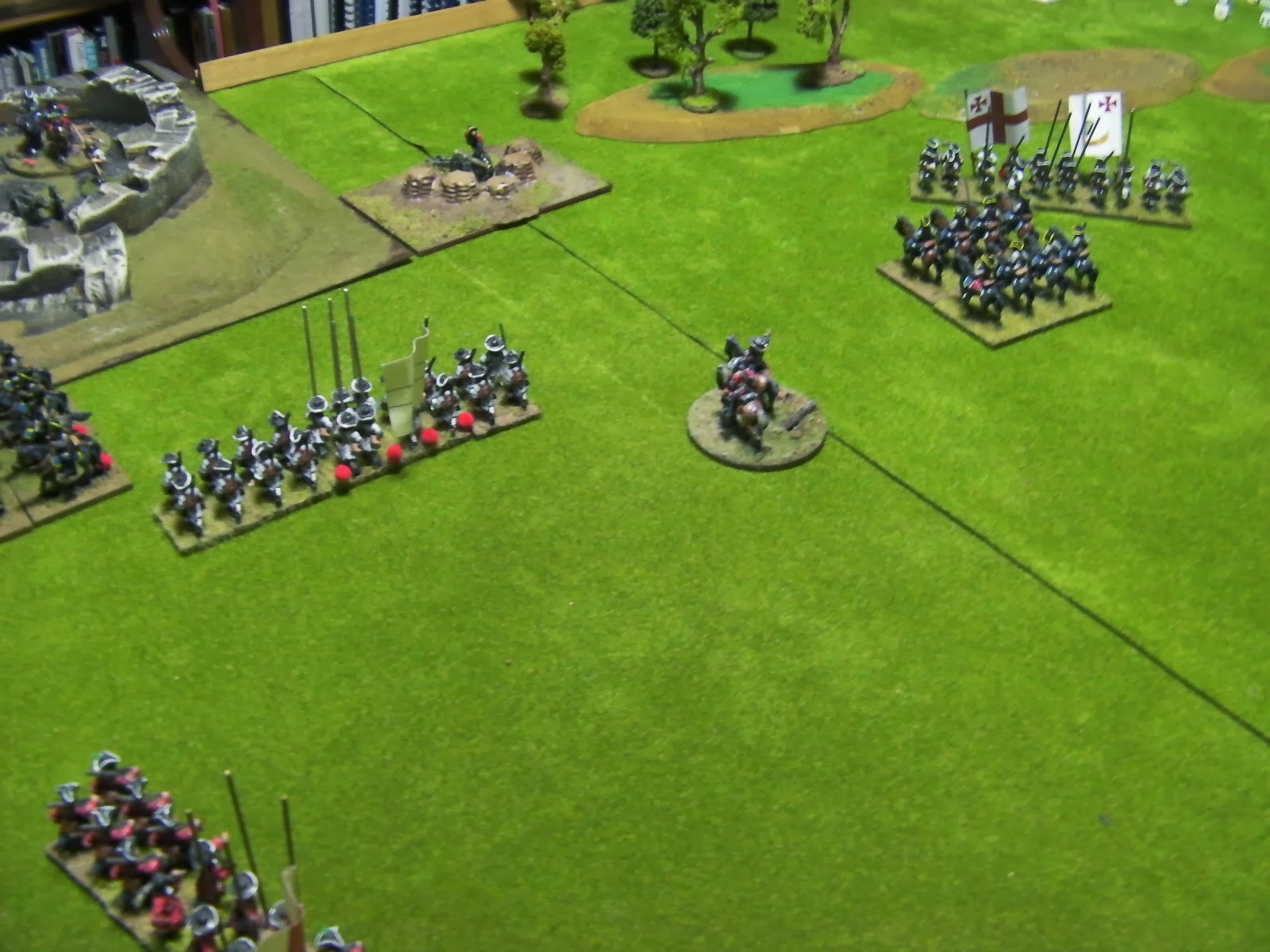 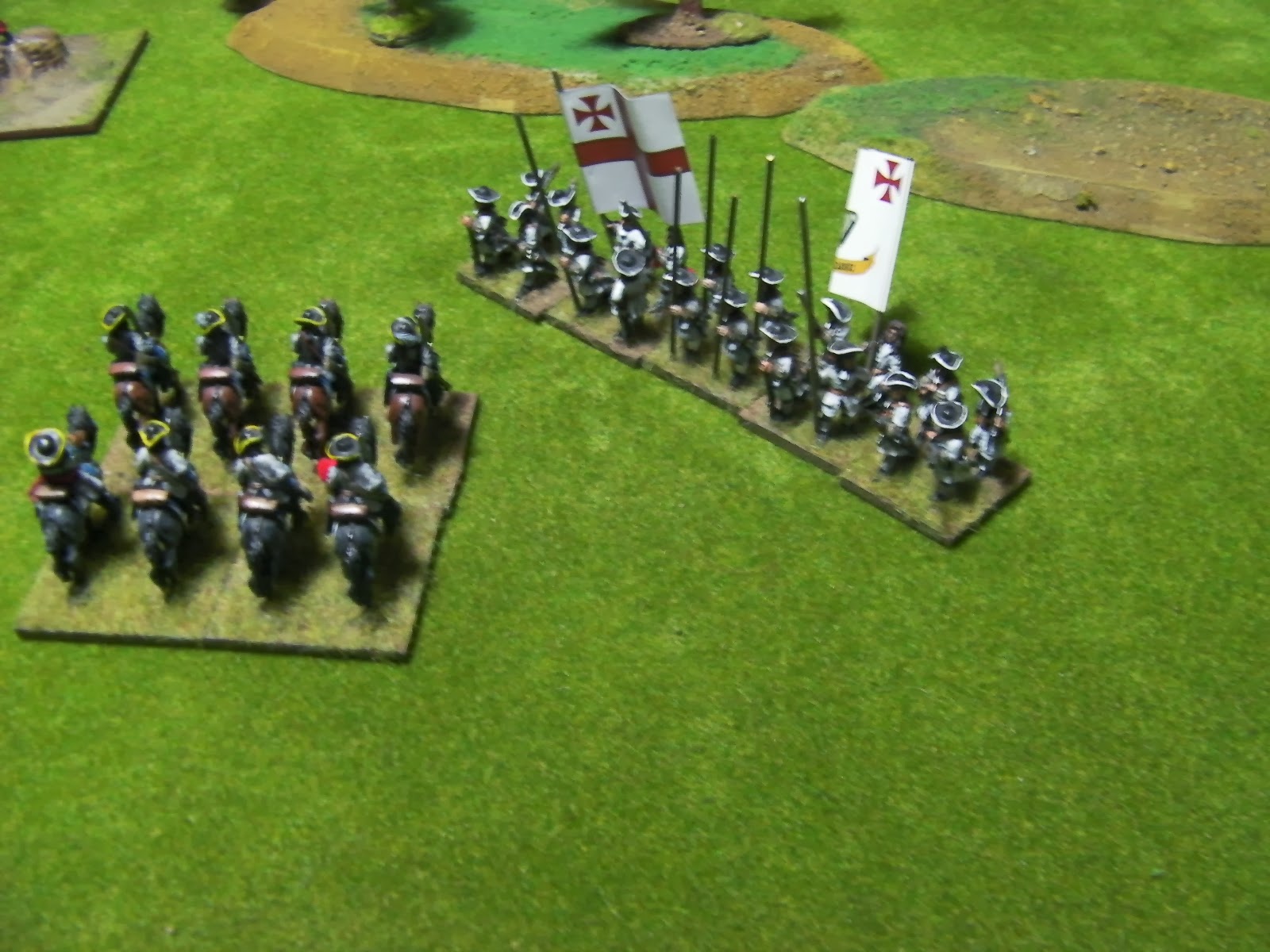 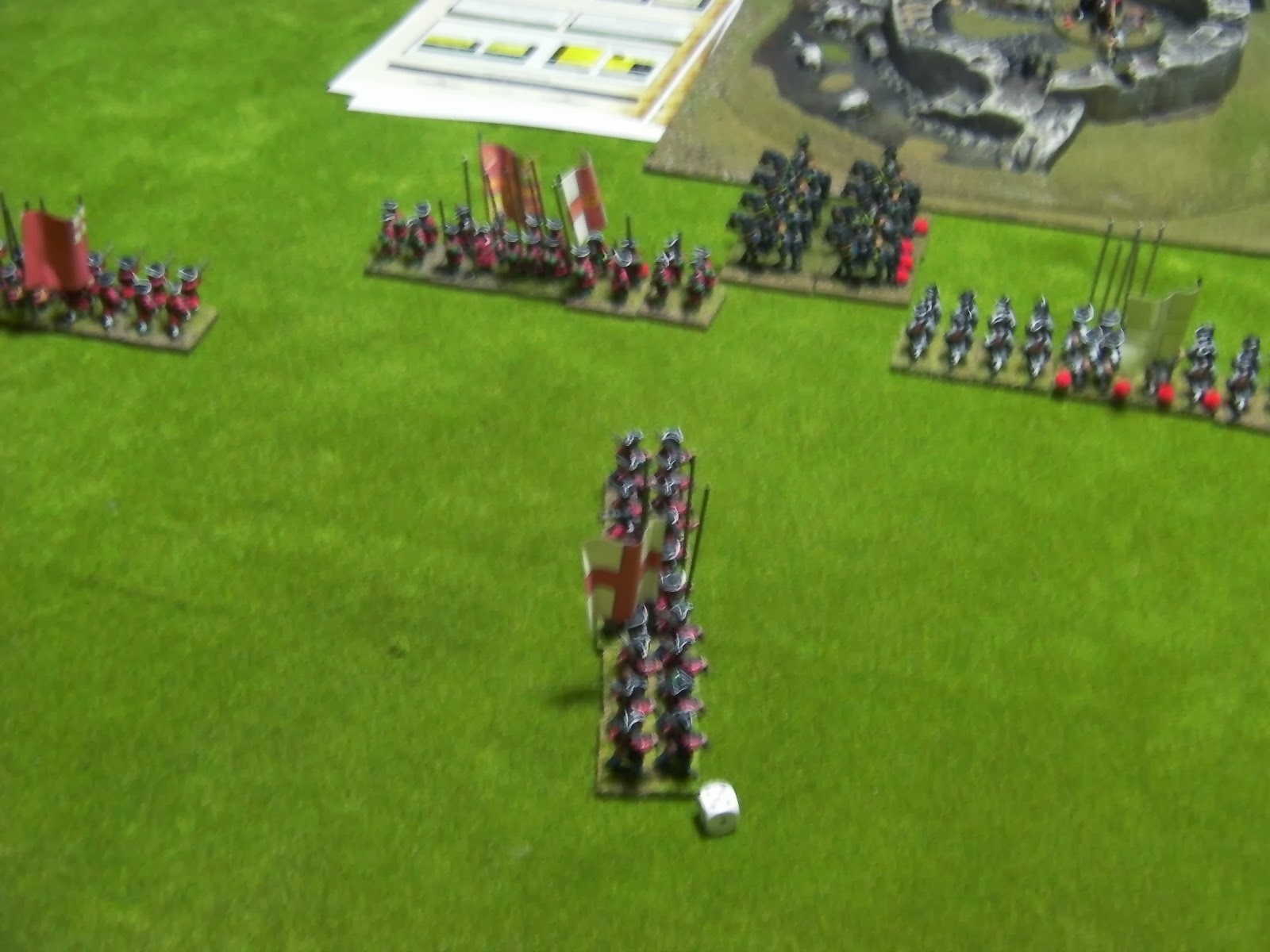 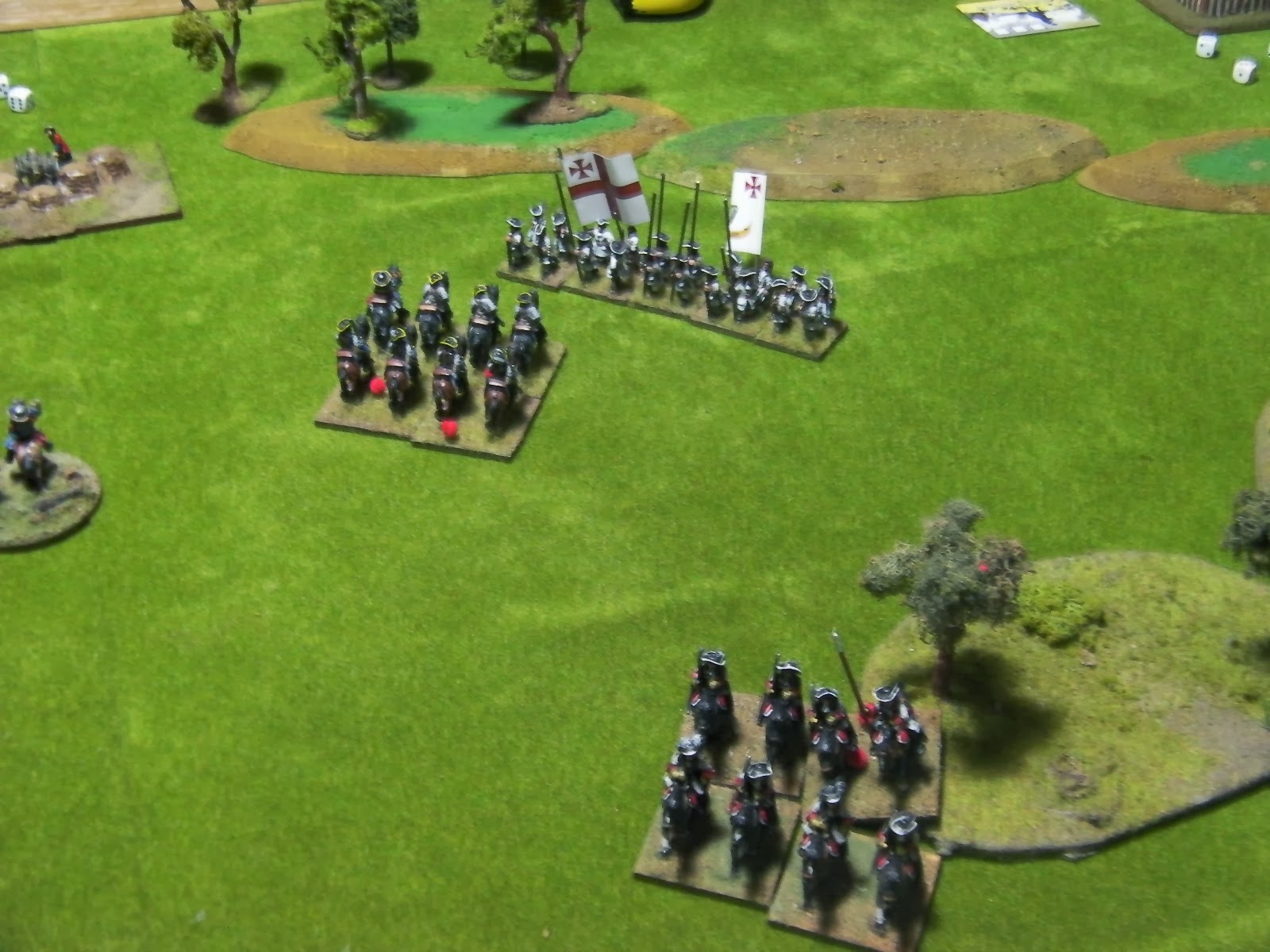 By game end (we ran to the night game turn), the Jacobites had one morale point, the allies two. A very close game and a another tribute to the rules. There have been a lot of adverse comments regarding these rules and the system in general, though it really gives a tense game, where the focus is invariably on the points that will turn the battle, while resources are just not available to use for other units. If ever a game reminded one of the ebb and flow effect of real historical battles, based on historical accounts, this is certainly it.

The American Revolution beckons as I think the rules would really fit. There are surprises and reverses galore during play - something which I think we see in the AWI actions.
Posted by Duc de Gobin at 14:13 2 comments: