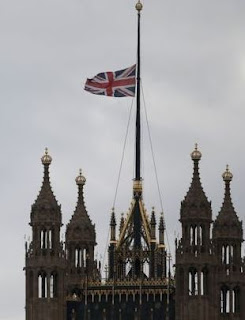 
'Glorious morning' is a free set of AWI rules on Jay’s excellent blog ‘Numbers, Wargames & ArsingAbout’, in turn derived from the excellent rules on Peter's ‘Grid Based Wargaming…’ blog. Free does not mean bad, as there are wonderful nuances and twists in these rules which have the same flavour as OHW and games like Maurice, but they’re handled in very different ways, and these are excellent for multi player games too, I think. 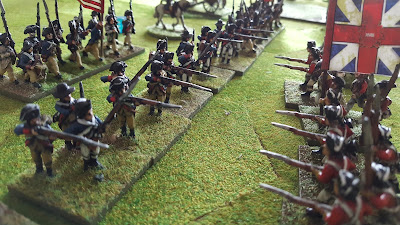 
I really liked these rules and they are full of subtleties. Now, we did expand the scope with two commanders per side, but that was really with a view to using the rules with a Saratoga game where we would have 3 British and 2 American Commanders (Maurice just wouldn’t suit the multiple players). I think they would work really well for this.

I’m also thinking it’s an easy conversion to late C17th – ‘pikes forward’ would earn extra hit points vs cavalry, and might convince a unit not to move. That’s quite genius for the period really – and it would take a leader to rally off hits and get them moving. Though it’s quite an old school system with hit points, it’s the actual difficulties in getting units moving again, once ‘stuck’, that is inspired. And hey, while we’re at it, wouldn’t the system of command radii and hits work for Operational WWII? Market Garden anyone?

And so to battle. 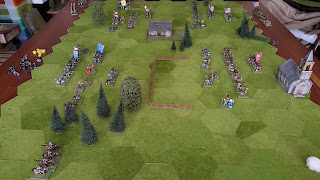 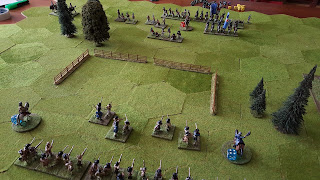 The farm 'box' on the American left would become critical. 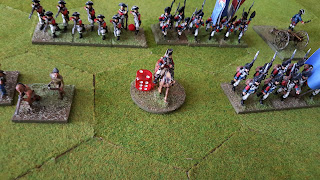 British command rolls not so good throughout the game. 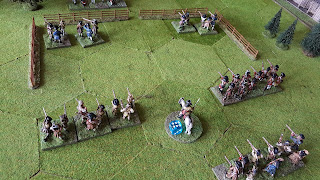 While the Americans had some early luck. 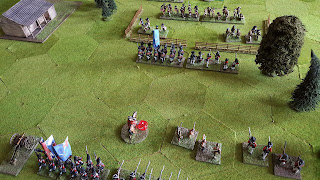 The farm box would have to be assaulted...again and again. That fence line had some real advantages. 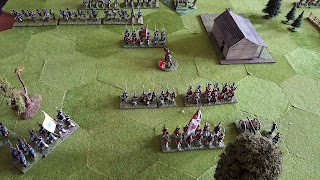 On the British left, Americans were able to assemble good lines of fire, which offer sustained and devastating musketry vollies. 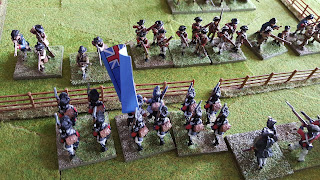 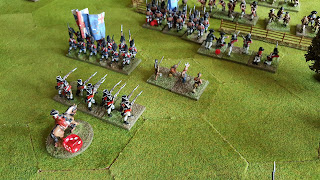 A '3' just ain't going to be enough to do what needs done here. 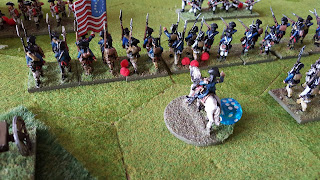 Ahhh, that's more like it. I've never heard a game where each player said 'I really need a 6 here,' so often. 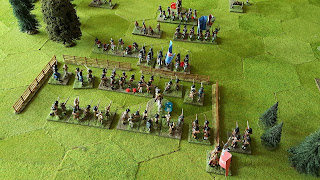 The Americans ensconced in the 'box' as we took to calling it. 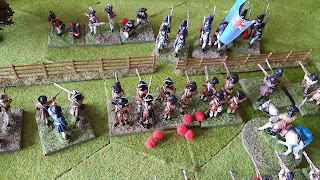 Bloody murder as assaults and musketry take their toll on both sides. 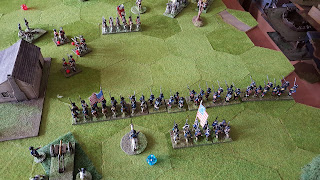 Sustained American fire had stopped the British assault on their right. 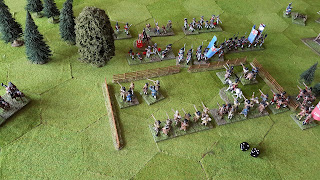 While the box simply got hotter. 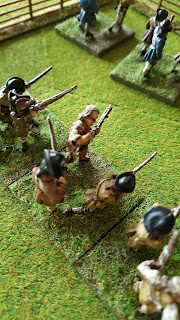 'Here we are again Zeke, in reserve as usual.' 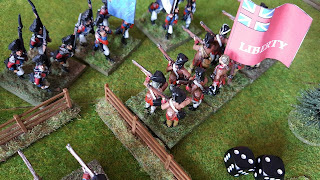 No hits on the British assault, which means they take 2 hits for the Americans' none - the rules are unforgiving...as they should be. 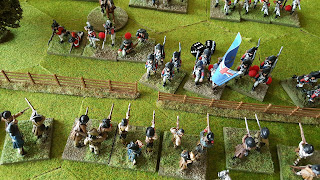 Two sixes! - for American musketry though ... 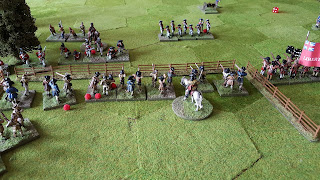 ...and the assault is shot away - resolve points...gone.

A great game. Yes, we can do some tinkering with the rules and 'dials'. It's a system that can be easily hacked and shaken to make it what you want. Love this...

I'm pretty sure that this used to happen in my back garden too..