I'm sending a lot of my old unmade model kits to here.
A very worthwhile cause. These guys are the real heroes.

...and the chap in this very powerful video is right. There's no way I'm ever going to build all those damned kits in the roofspace...

Email ThisBlogThis!Share to TwitterShare to FacebookShare to Pinterest
Labels: Models for Heroes

We’re receiving reports that Task Force Eagle, recently sent to Krasnovia as part of a UN peacekeeping force, has engaged well armed rebel elements in the area known as ‘Contact Valley’. There are reports of heavy casualties on both sides, but as yet, we can not definitively confirm numbers. …over to Jackie, reporting direct from Krasnovia, where she is embedded with the Task Force… 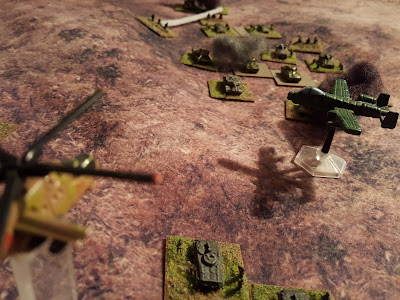 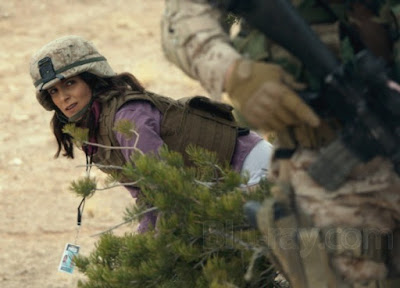 Thanks Mary…Yes, I can confirm that an armored battle has occurred, here in the area known as Kontakt Valley. There have been casualties, and I was able to see some of the Task Force’s vehicles, being hit by long range fire. I can also confirm, what appeared to be the presence of enemy air elements in the area. I do not have confirmation on numbers but I can quote one Major as saying:

‘the first shots have been fired, and we don’t take kindly to being ambushed, but the situation here has escalated quickly…it’s our job to respond to that and contain the situation to the best of our ability’ ...though I have edited the actual statement a little for family viewing, Mary…


‘We are also receiving reports from the Southern Krasnovian statelet, who have recently been accused of aggressive action toward the Republic of Parumphistan, that US missiles have been used and special forces have been spotted along their border. The State Department has made no further comment on this.’ 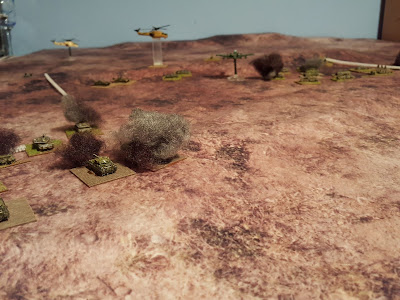 Eagle’s first engagement is based on the presence of a supposed enemy laager in the area of Kontakt valley. With three avenues of approach, the US player had seemingly every opportunity to outflank the Krasnovian OPFOR. However, the Krasnovians had a few tricks of their own up their sleeve, not the least of which was the dreaded ‘RedAir’, which had not previously been spotted – and is clearly hidden in a local cave complex. The laager was simply a ruse to draw UN forces into a situation whereby they could be blamed for starting a war…

Attack on Objective Blue (Battalion sized) - Rules are Alex's 'Oil Cheaper Than Water' variation of 'Up the Blue', a variation of the 'One Hour Wargame' 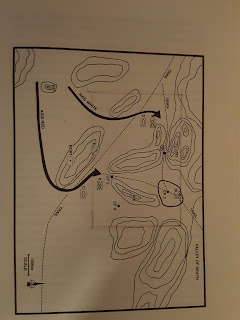 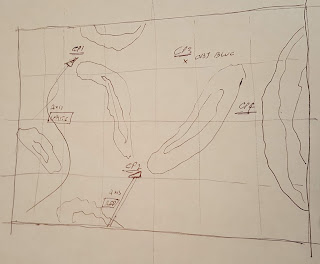 (This scenario is based on Chapter 2 of  The Taking of Hill 781; An Allegory of Modern Mechanised Combat, J.R. McDonough (Presidio Press 1988). Said work is based on the author’s experiences at the National Training Centre in the 1980s, and is a modern pastiche of the classic The Defence of Duffers Drift. 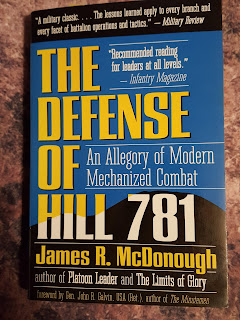 Krasnovia is the fictional name used for the Training Area/Fictional Country at Fort Irwin in California. In 2005, this switched from armour/mobility readiness to more focused anti-insurgent style training in light of middle eastern conflict zone preparedness.) 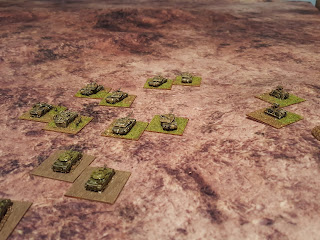 5am, and US elements reach Contact Valley. OPFOR forces are dug in and have most assuredly spent time preparing defensive measures. 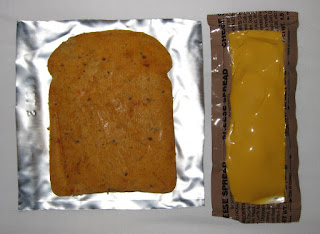 ‘Hot prepared rations or MREs, sir?’   ‘there’s no time for such matters (despite that elusive +1 morale for avoiding MREs…I expect comments here gentlemen 😉  )

Doesn't MRE stand for Meals Rejected by Everyone? 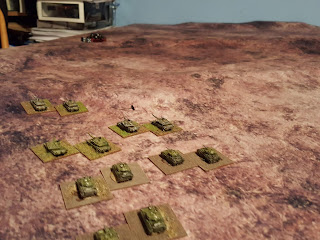 Some early problems with some of the vehicles moving toward CP1

By 1445 – deployment is confirmed.
B Co, leading with dismounts, would spearhead along Axis RED, with M2s and C Co tanks.
A Co., leading with dismounts, would conduct feint along Axis WHITE.
D Co to pause, then commit as required.
All to orient on Objective BLUE.
E Co to cover advance from south of CP2.
Scouts to secure line of departure. Smoke on same road.
Poor intelligence from the get-go. 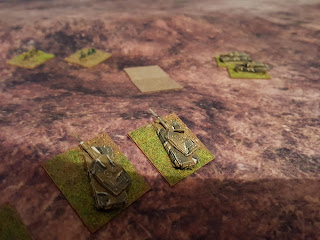 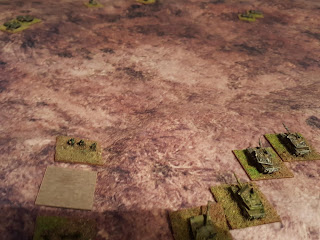 As units close on checkpoints 1 and 2, OPFOR obstacles become visible, closing off the access to the canyon. 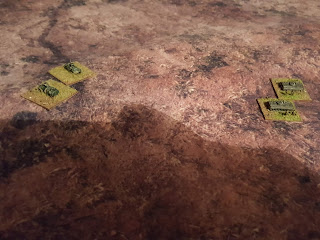 Artillery falls on E Co, ensuring that ATGM cover is limited during the US advance. This damned OPFOR know what they are doing (they read the book 😉  ). Then mortar platoon begins to take fire. 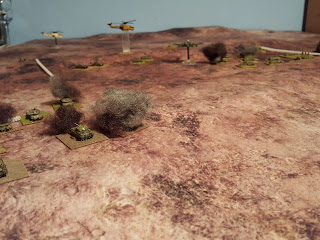 Obstacles covered with OPFOR infantry.
Communications interference from the hills, or are the OPFOR jamming…and OPFOR scouts are within sight of the US Line of Departure.
Alpha nears CP1 – and picks up its own share of OPFOR arty.
Engineers clear the obstacle – and Alpha moves forward… 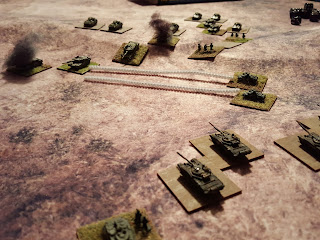 ADA teams gone in the artillery strikes, Bravo wants to head for CP2…but the pass is strewn with mines and wire, and an anti-tank ditch. 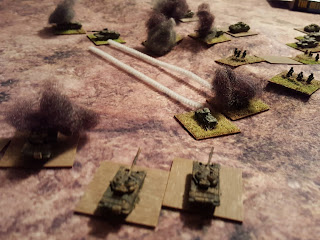 At last, enemy T72s and BMPs revealed – up to their gun tubes in prepared positions – revealed when they fire, and take out, friendly units. Bradleys being taken out in droves in the enemy tank-bush. 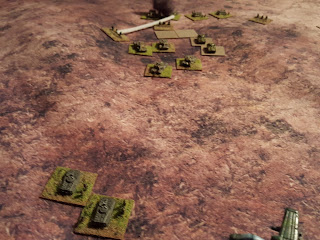 …with more at CP4. Reducing this takes casualties on the engineers.

Dug in OPFOR infantry with RPGs, guard the slopes. 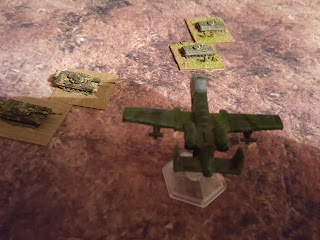 US bring in an air-strike. 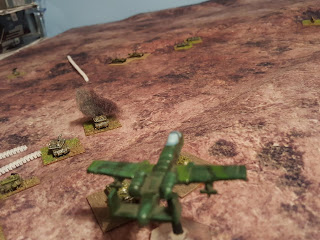 OPFOR have moved back to Objective Blue. 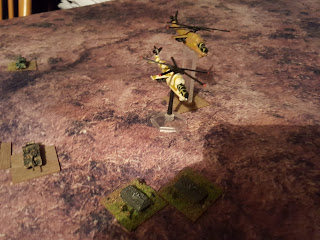 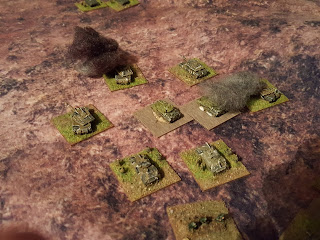 Eventually a breakthrough toward objective Blue. It is ultimately captured, but at a heavy cost.


Use the specialist units -they’re there for specific reasons


Focus on the pivot point, don’t prevaricate on the edges… 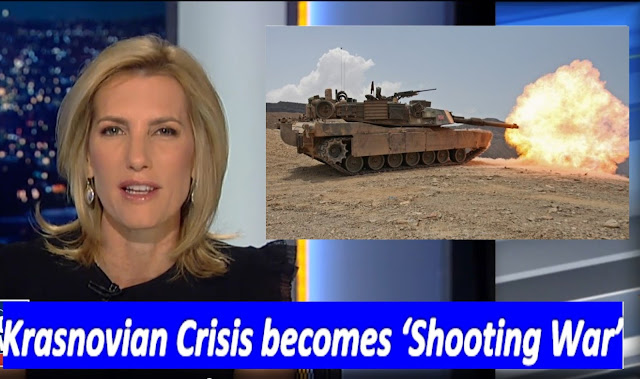 Thanks Jackie…and in other news, Prime Minister Jeanette Davis has confirmed that a UK Task Force is to be sent to troubled Krasnovia as part of the UN effort to reduce tensions in the country. General Winston Hildebrand Smythe is up next… We also understand that Prime Minister Speedeau of Canada has mobilised the Canadian ‘Readiness Brigade A (Eh?)’ for deployment to the area... 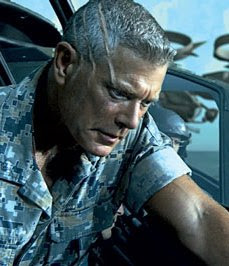 Colonel J. G. 'Hammer' Harris considered what had happened. He had been suckered, and he didn’t like being suckered. He had lost soldiers, and would have to tell their families how they had died nobly, for a cause, in a distant land which no one had really heard of. He puffed on the long cigar and drew in the smoke, resisting the urge to cough, and sighed.

This would not happen again, he told himself, and if he didn’t like what he was being told to do next time, he’d remind himself that the only real allegiance owed, was to the Almighty…and the men and women who served under him. Just because the government governed, it didn’t make ‘em right all the time. He drew long from the cigar again...and watched the smoke from the last of the brewed up armor floating skyward...

(See ‘Force Eagle’s War’ by The Gamers in 1990 , if you really want to ruin the surprise of what is inevitably going to happen here ...and apologies Canada).