Of course, this is where the pics on this post looks very similar to the previous one. That's Squad Leader for you; not a lot of variation in how it actually looks (at least in the first three scenarios), but of course, that's the 'minor' letdown with hex'n'chit games vs miniature wargames, right?

Nevertheless, the Dzerzhinsky Tractor Works scenario can get pretty exciting. Experience had told me though, that is was either an early cakewalk for the German engineers trying to break in...or a damned nightmare as the Russians stream across the board, darting from building to building, after forcing a blind spot in the German crossfire.

Still a wonderful system and deserving of a miniatures treatment. The jury is still out though on whether to use the actual counters to represent squads and weapons on a miniature base - or do something else. Of course, counters are easiest, though perhaps less pleasing to the eye. 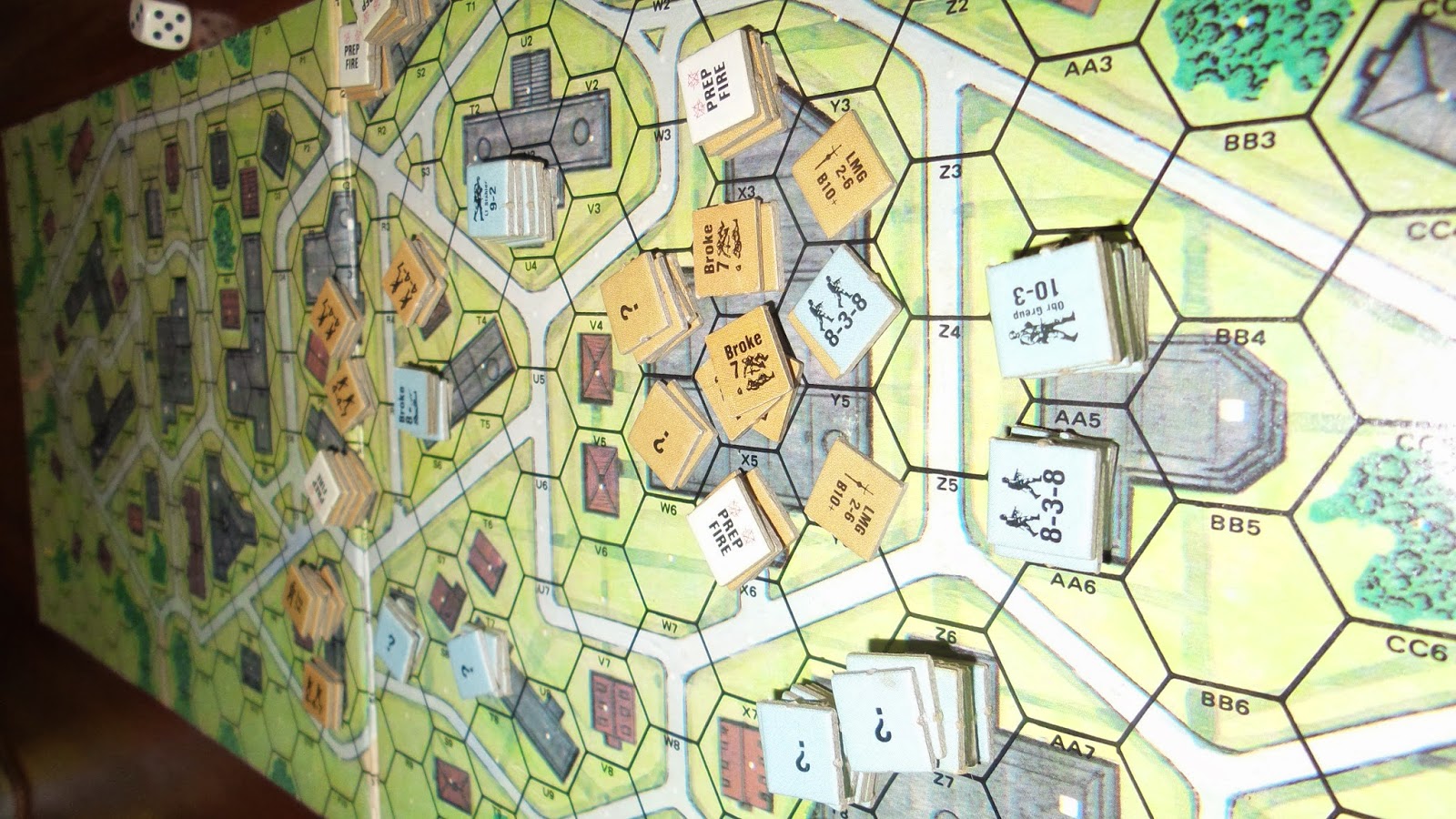 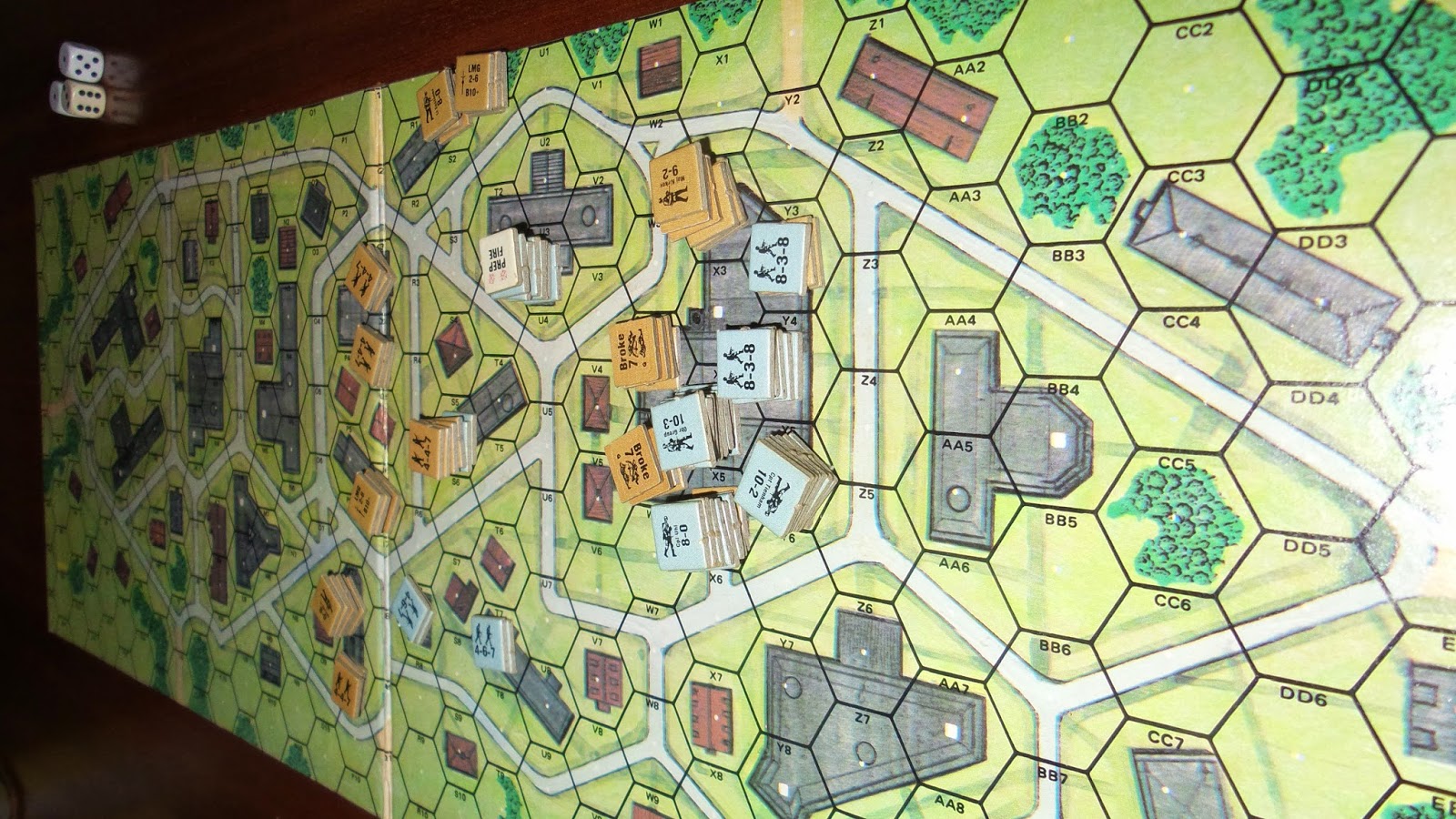 The Germans get into the Tractor Works early, with a few nice moves through the covering smoke. 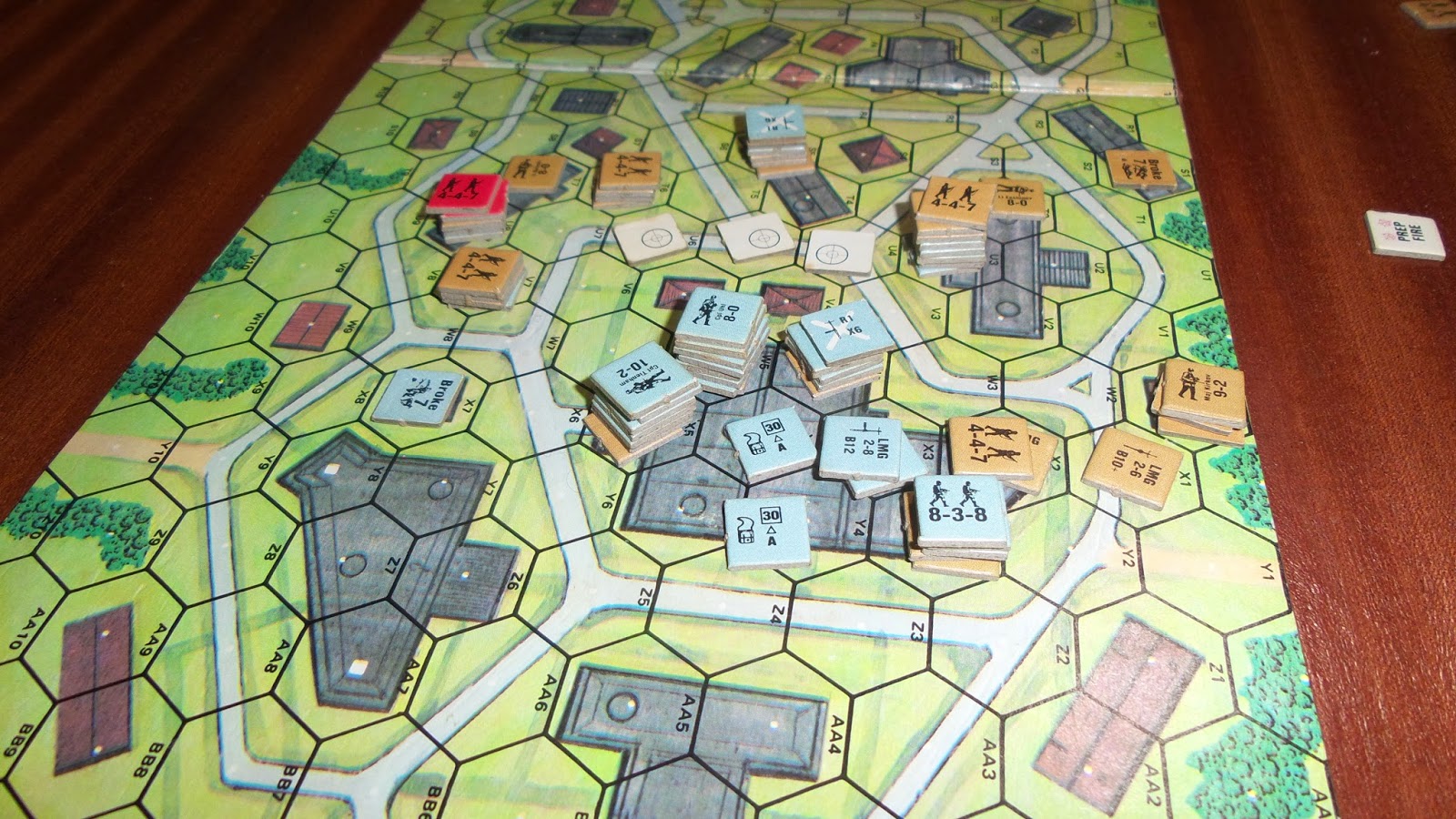 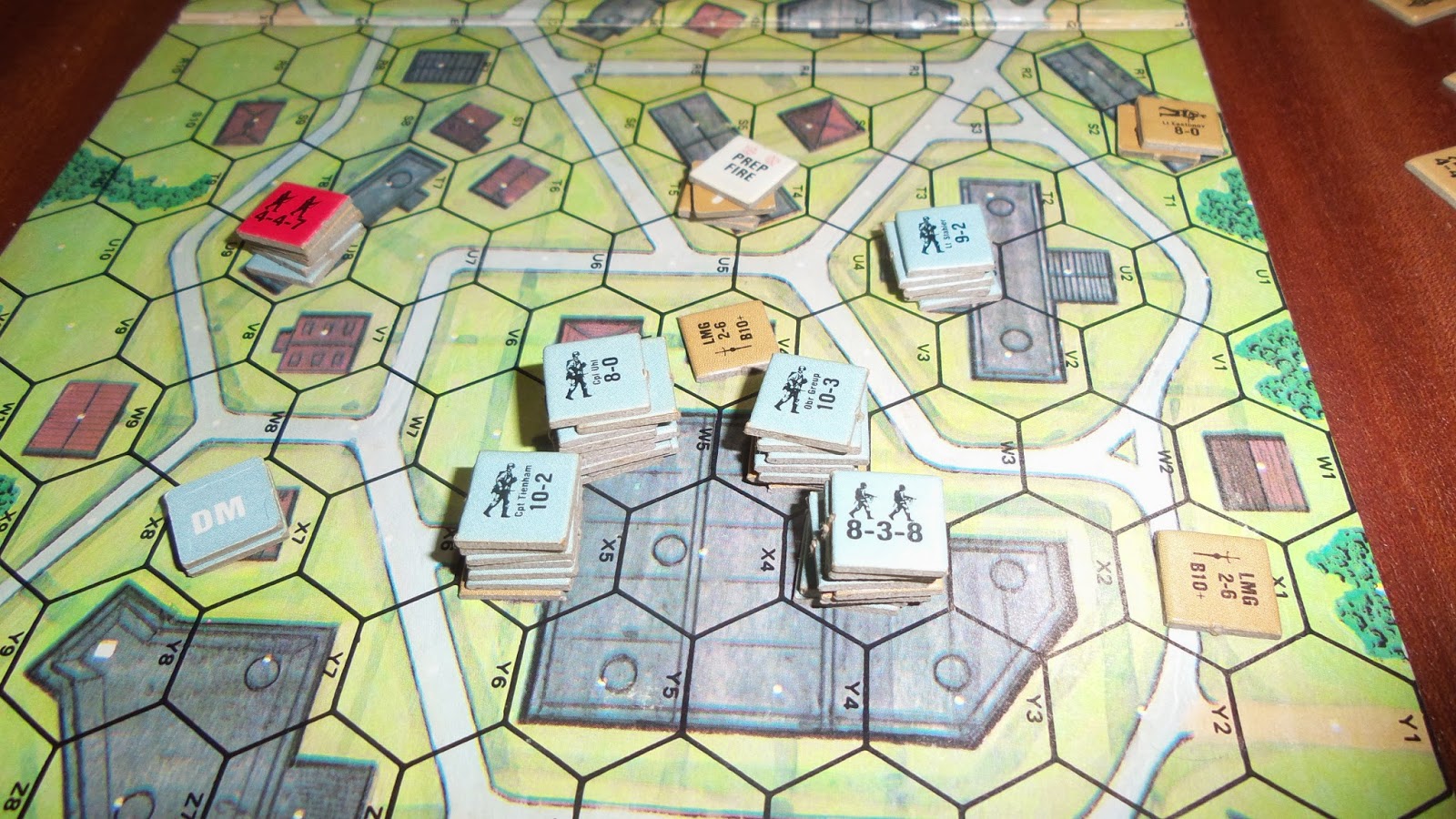 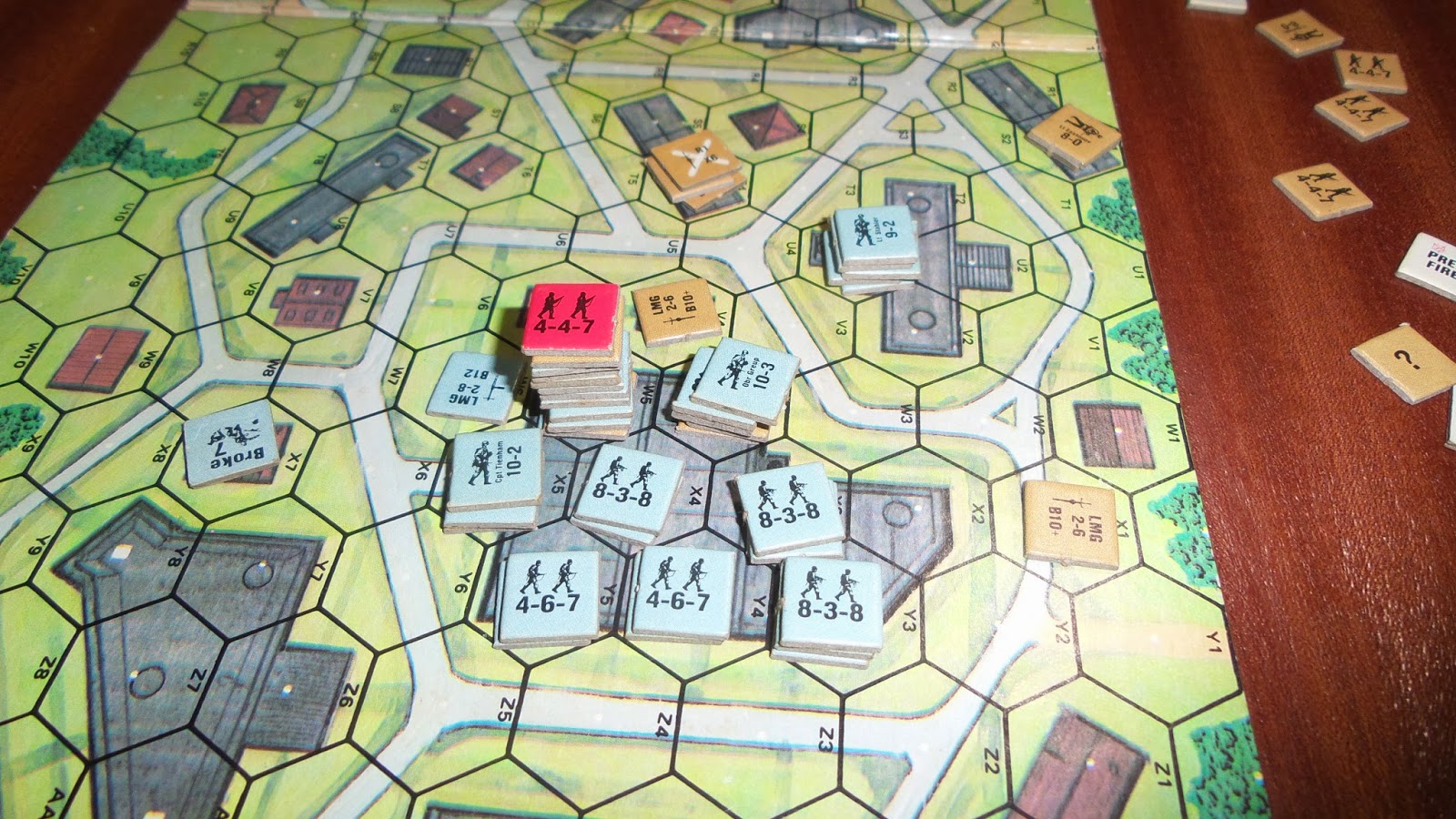 They hold and dig in, refusing to move despite some accurate Russian fire and the onslaught of a few berserk units (a lot of 'snake eyes' being rolled on this one).

Still an elegant system. I did think during the game, that the mechanics could be turned to WWIII and modern - but of course we have 'Fire Team' and 'Team Yankee' for that ;)

In other news, Steve over at 'Sound Officers Call' has an excellent set of old school Horse and Musket rules to try out - based on Charles Grant's The Wargame. Another set of rules for the gaming magpies to try...and these look really good.

'Old skool' lends itself to adding bits and pieces. Already, ideas like allowing commanders a command radius to allow re-rolls have been discussed. Simple, yet effective. Can't wait to try 'em.

...I may also have a post about 'speed' painting soon...beware!