Like most wargamers, I cut my teeth on the table of modifers, the roll of the d6 with variable plusses and minuses and the complicated artillery rules. This has been a mainstay of wargaming since the heyday of the 70s and 80s. 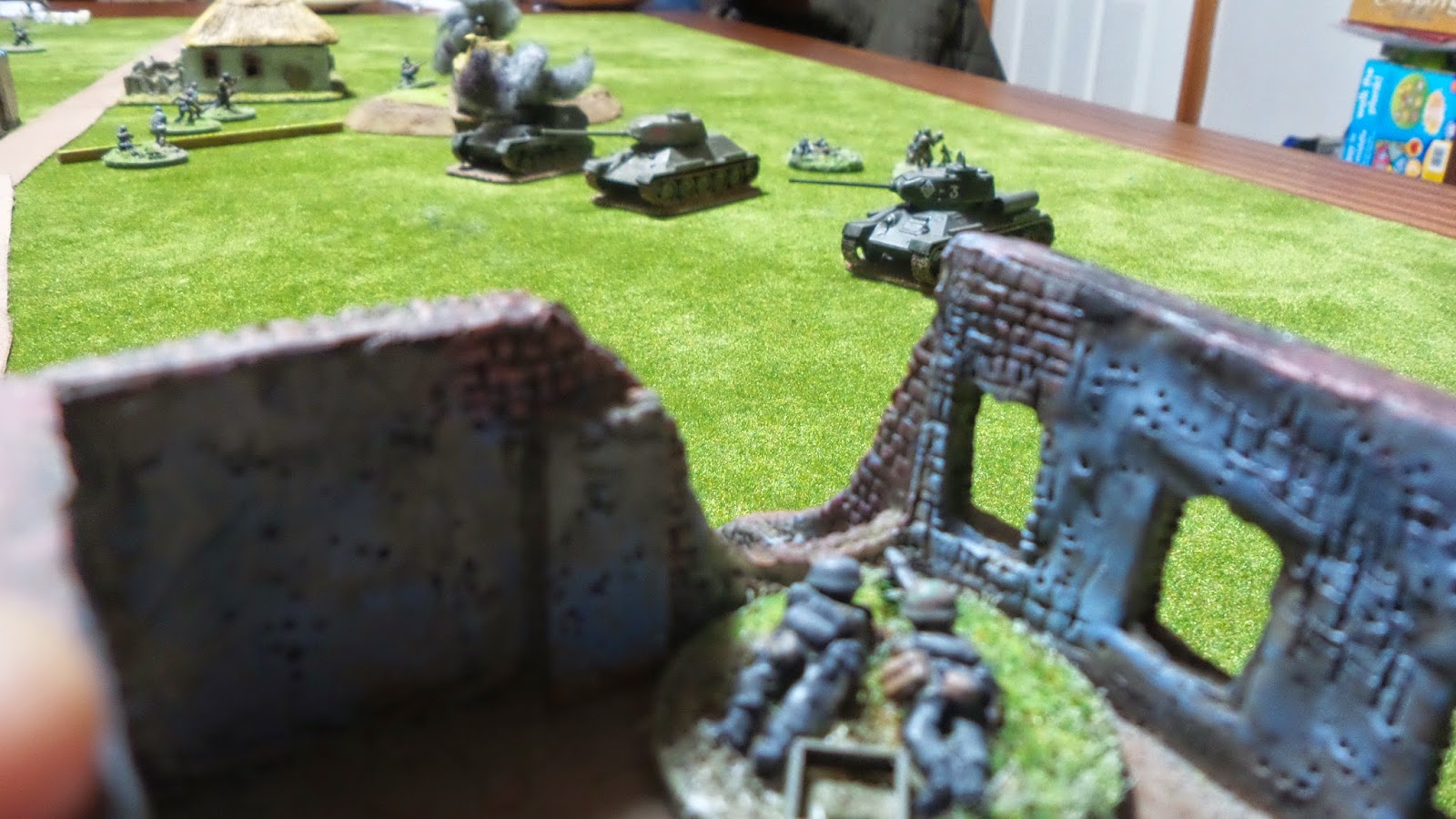 I’m talking about Firefly, Command Decision and even Rapid Fire here and I suspect (from what I’ve seen) that the latest version of ‘Fires of Conflict’ and its ilk, uses similar systems in a decidedly ‘non’ unique way.
So that said, I was surprised about eight years ago (and have recently been 're'surprised when I re-discovered them) with a completely free set which I found on the internet. Now, there appears to be a bit of a chequered history here, so bear with… 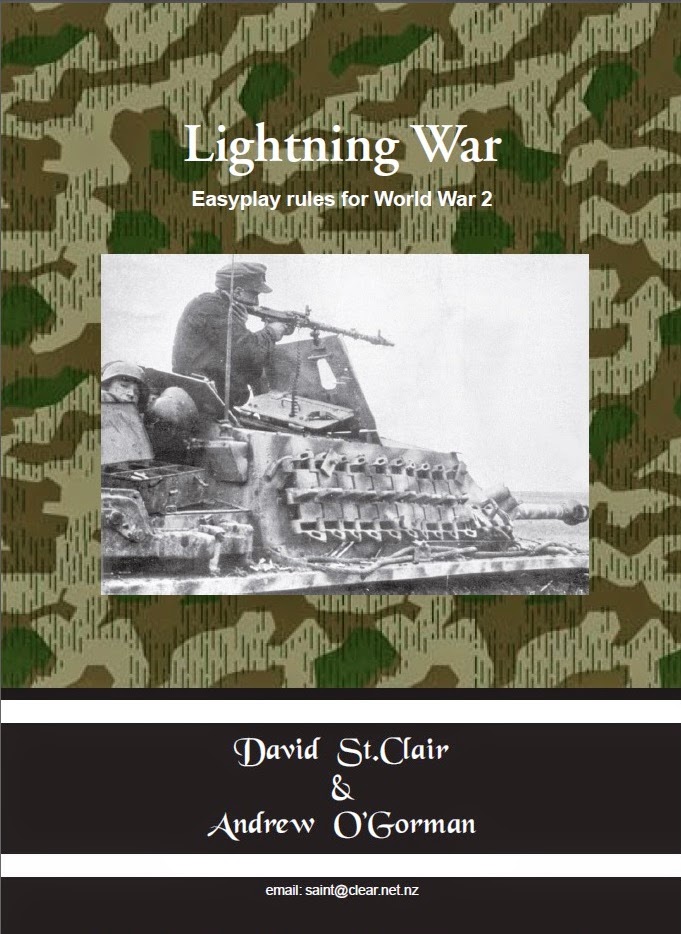 The rules are called ‘Lightning War’ by David St.Clair and Andrew O’Gorman. These later became ‘Lightning War II’ with added orders and objective rules. A later version, with VERY similar systems by 'David Childs Dennis' also appeared under the ‘Lightning War’ title, though these were both modern and WWII versions of rules at a much lower and ‘close in’ scale (covering areas such as Russian conflicts and more recently world war II).

So the game that follows is very much using the original rules – with minimal fuss and bother – dating from the 2002 pdf. (I can email these to anyone who wants them, as the original rules seem to have disappeared from the internet, and been replaced by the reduced scale versions).

Here are some examples of the beautiful design:


The second version of the rules introduces objectives and orders, but again in a seamless way. We’ll try this next time.
Here’s the kicker though. This game proceeded in exactly the same manner as a more complex game, with better appreciation of the tactics required and more careful use of forces available in half the time. Take that hardback rules!!! 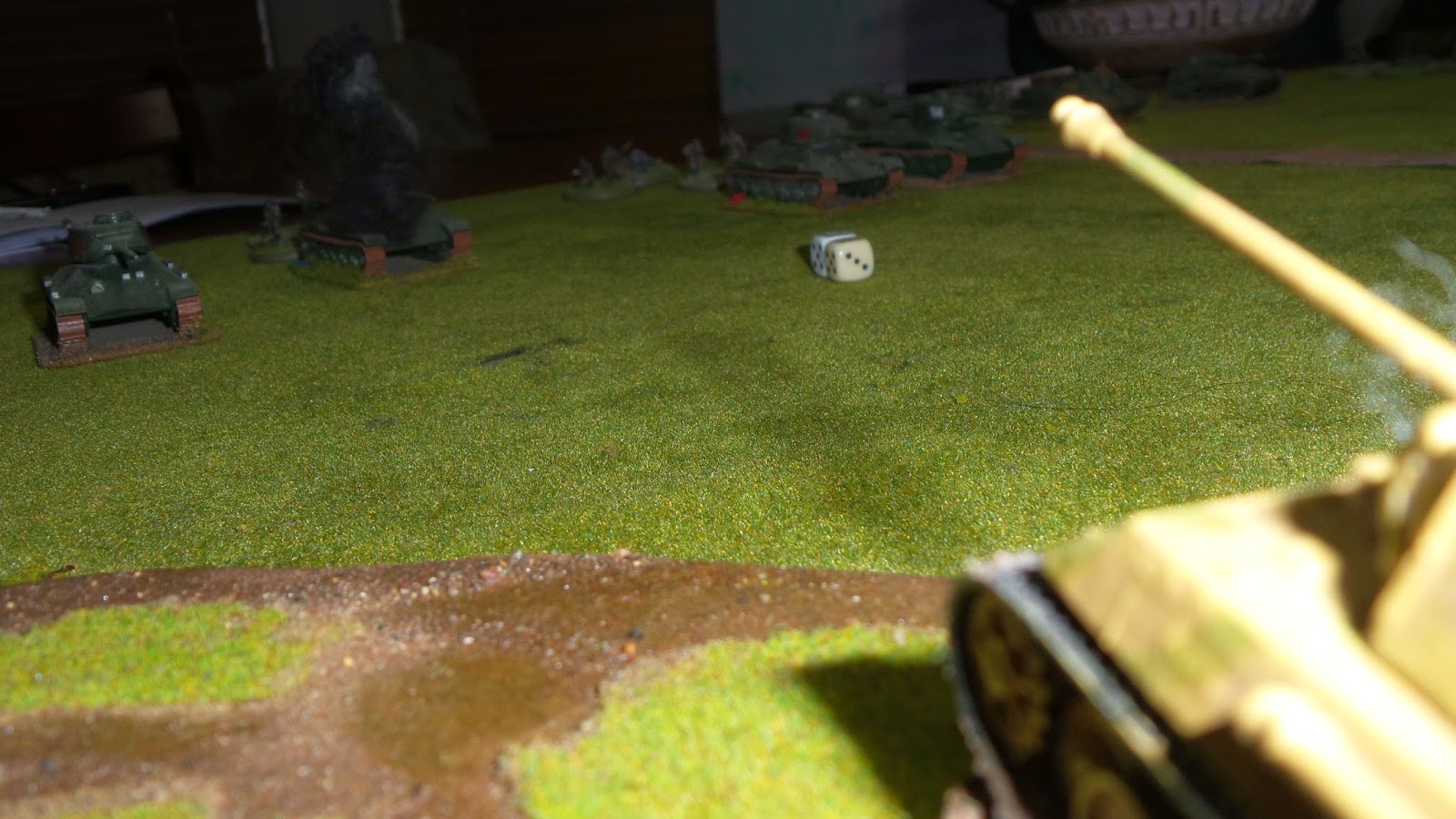 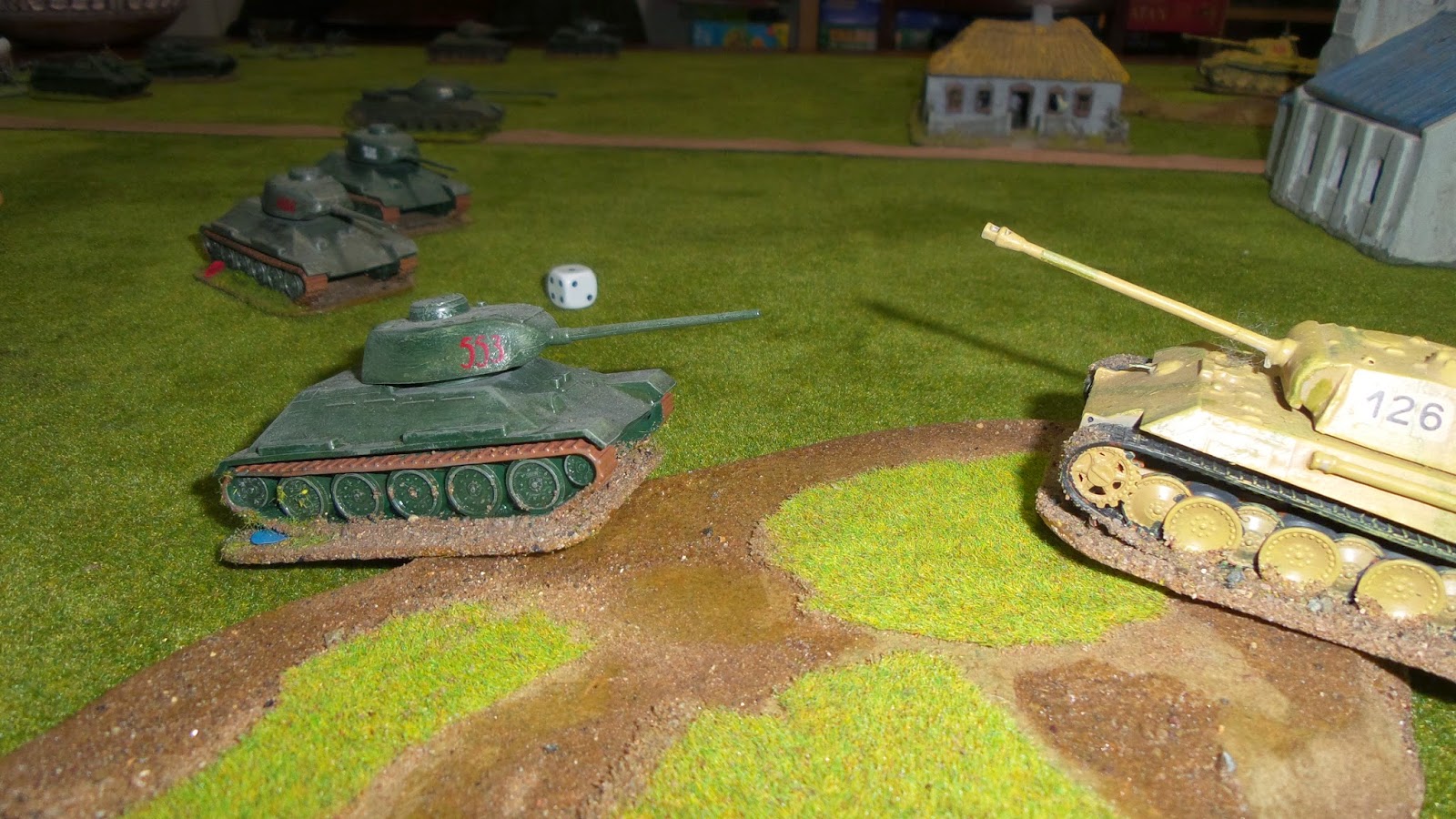 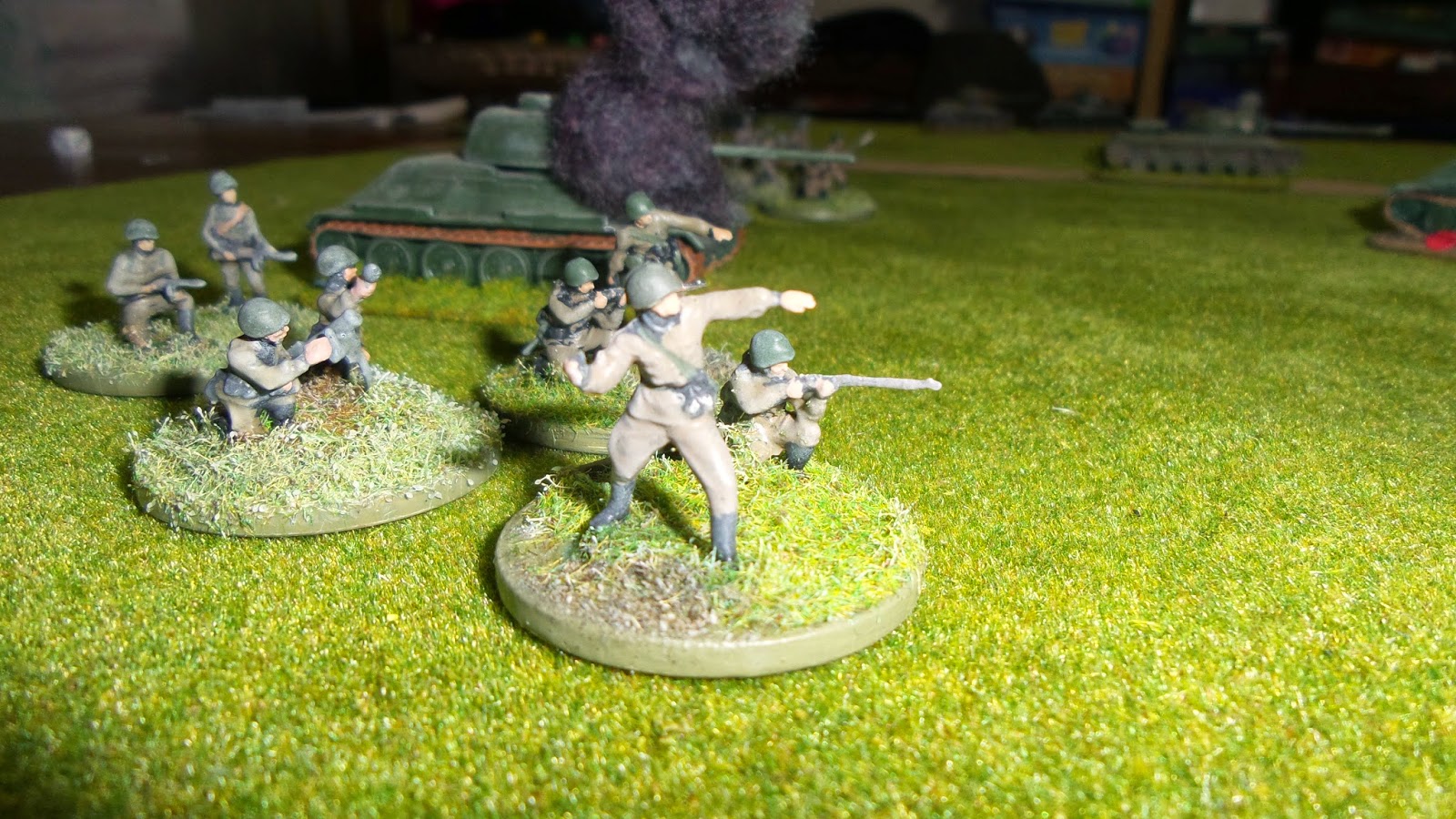 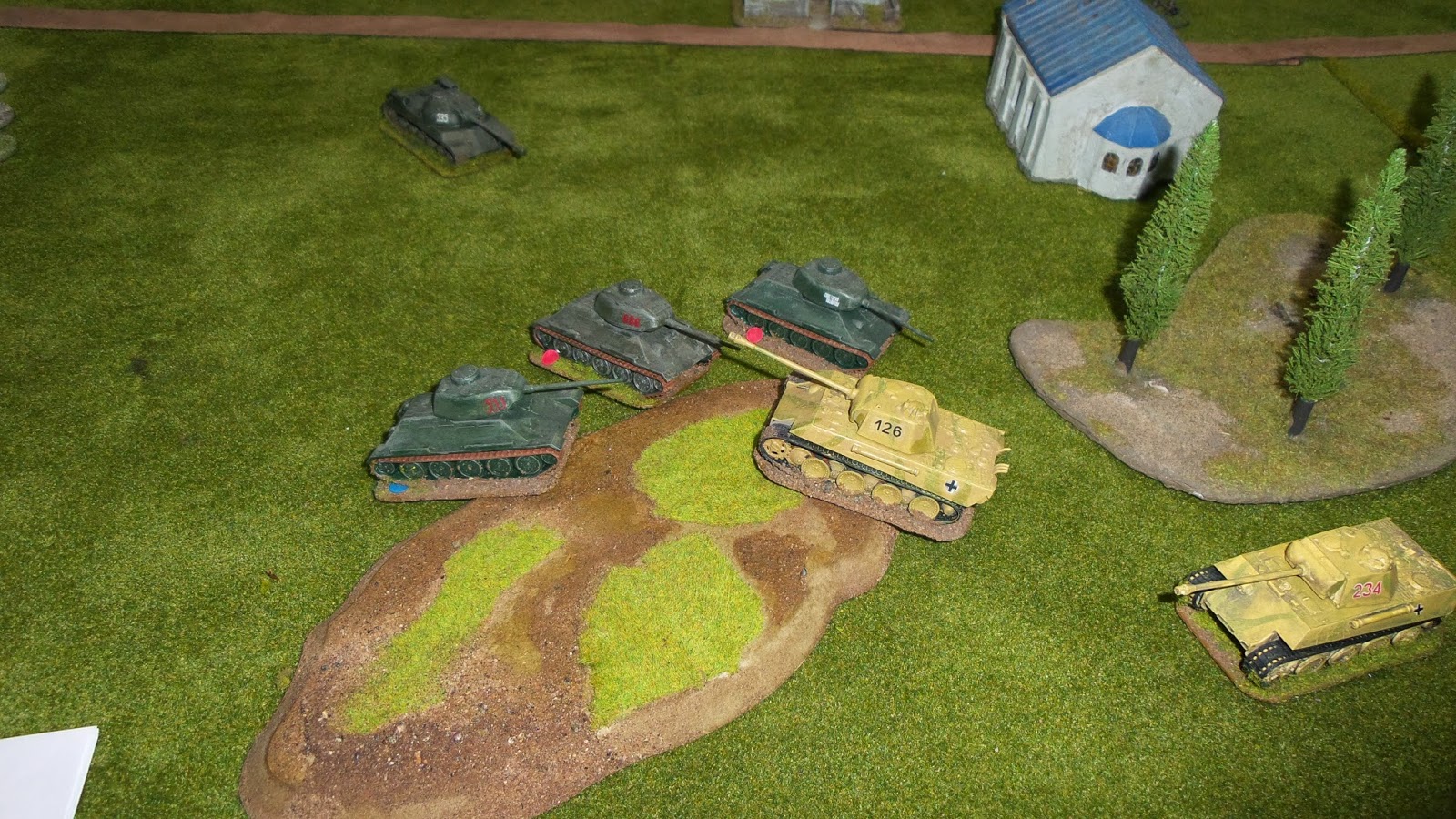 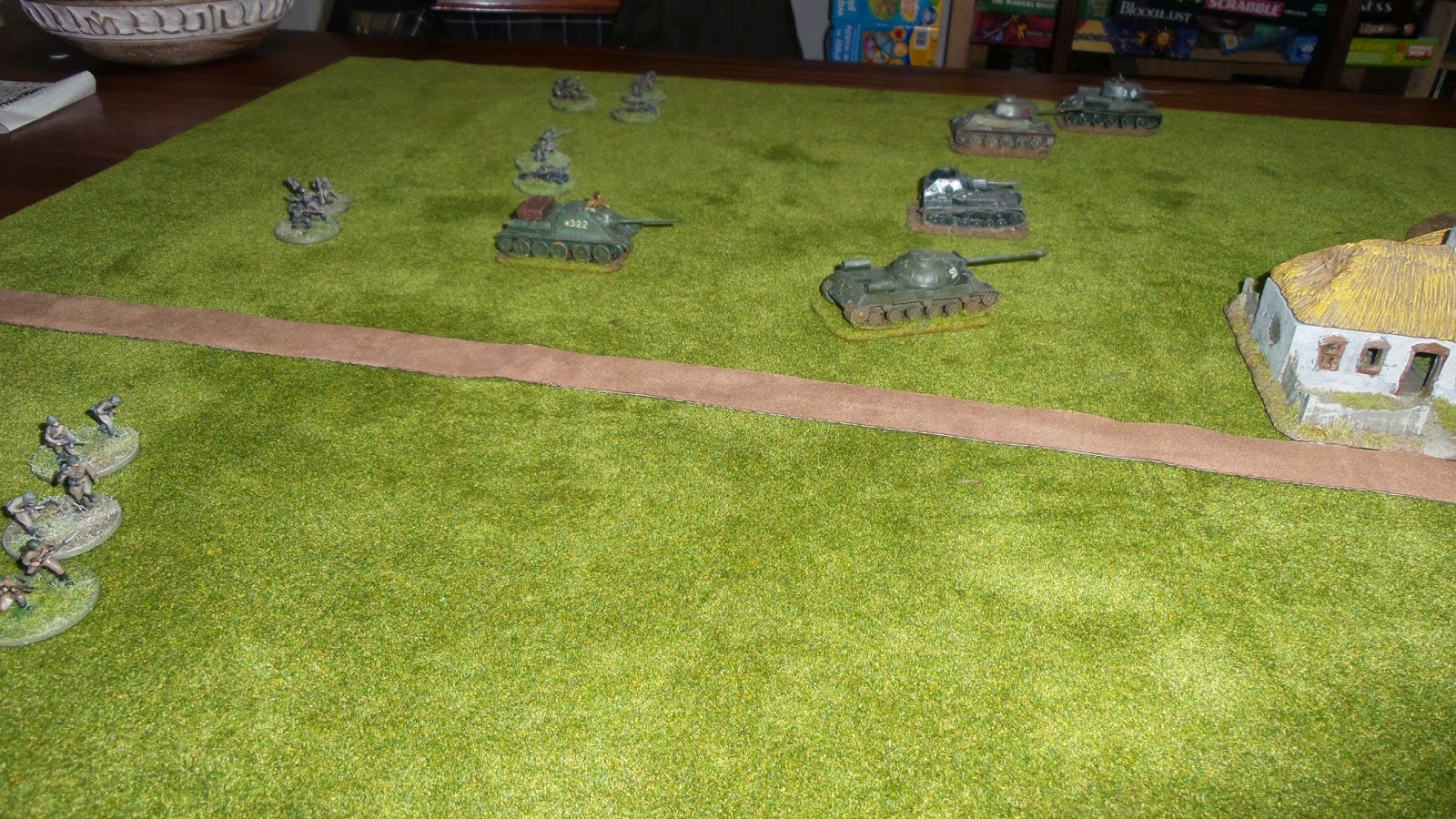 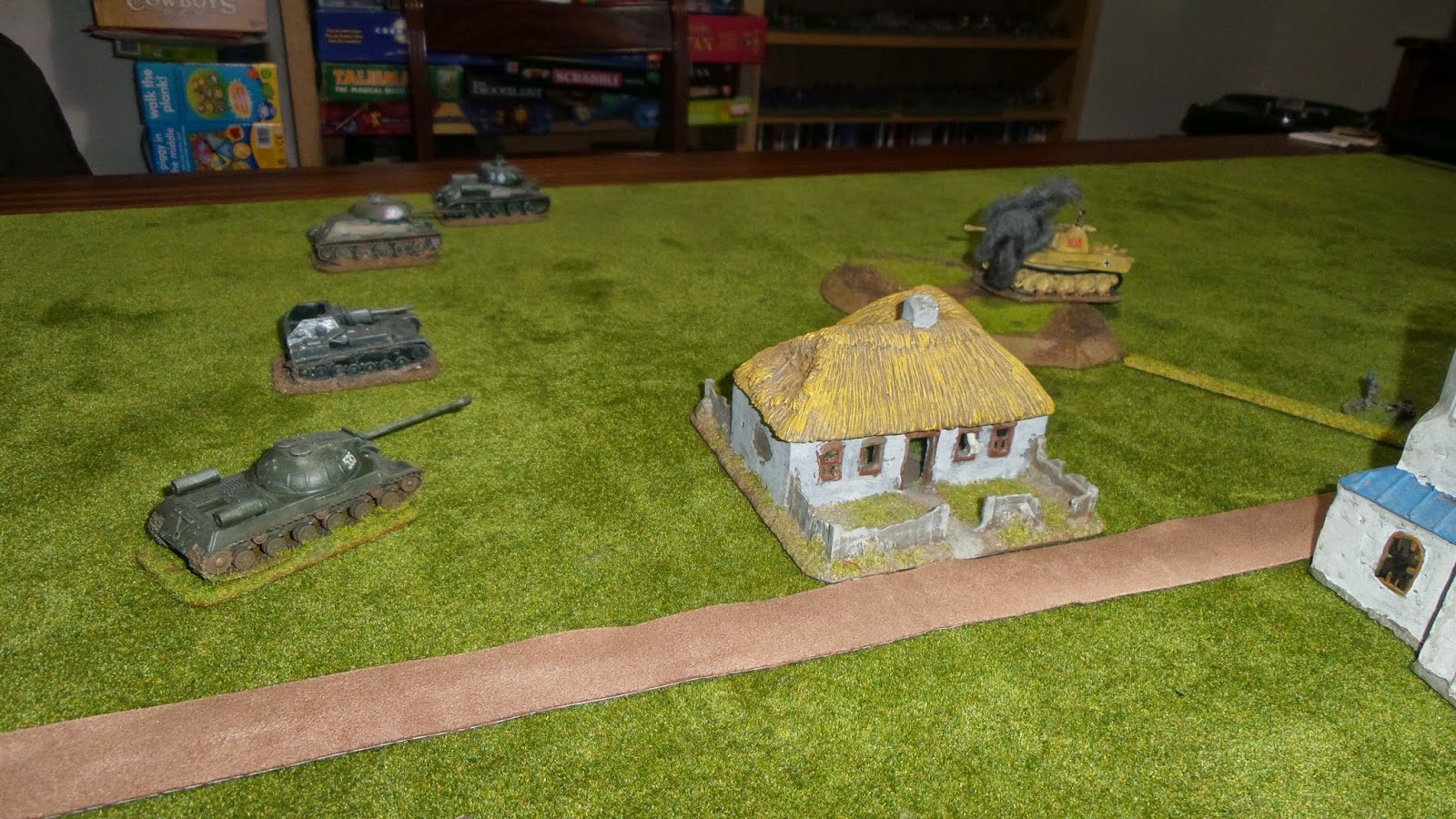 Russian armour makes an attack on the right as the remnants strike deep on the left flank. 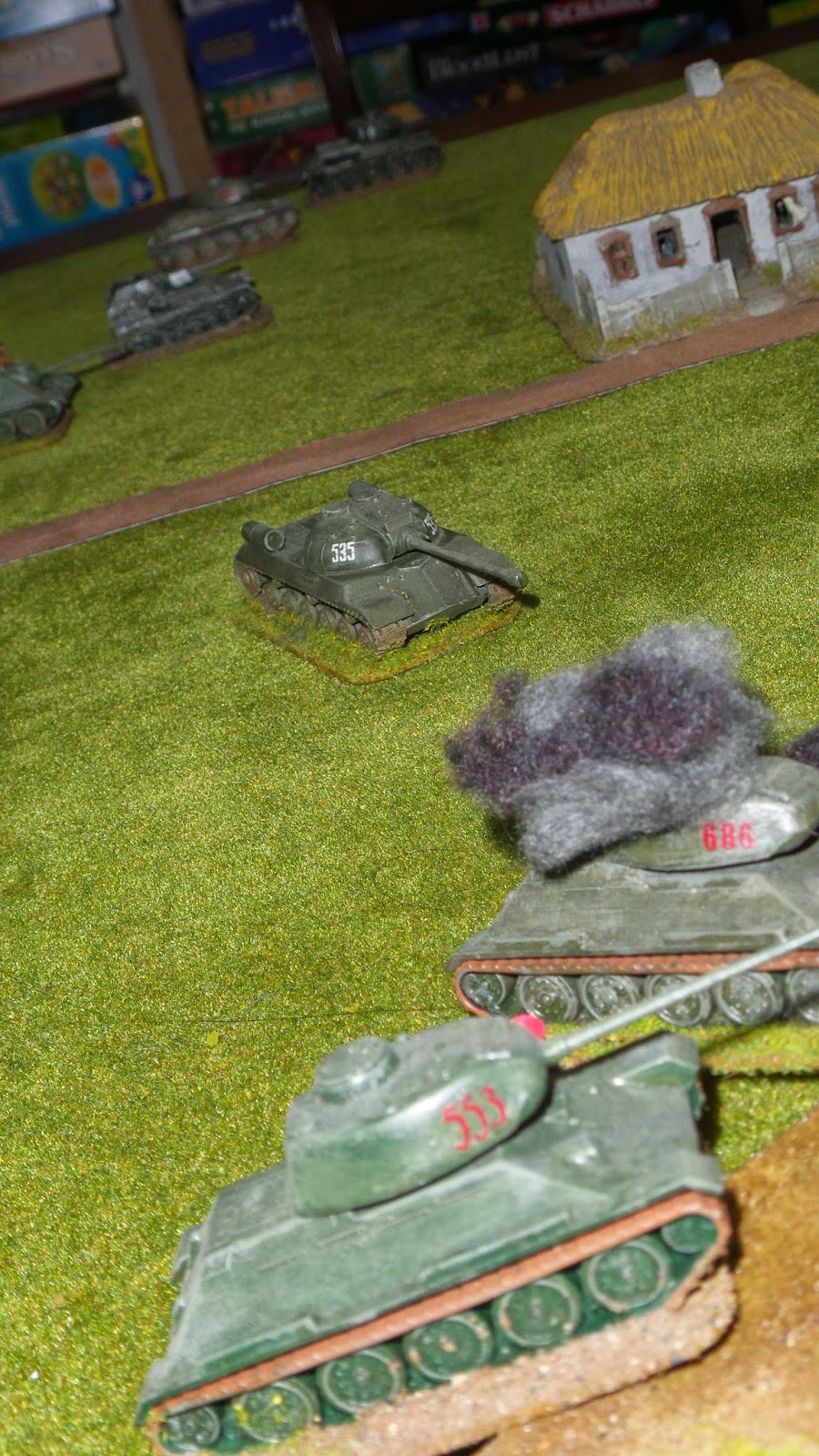 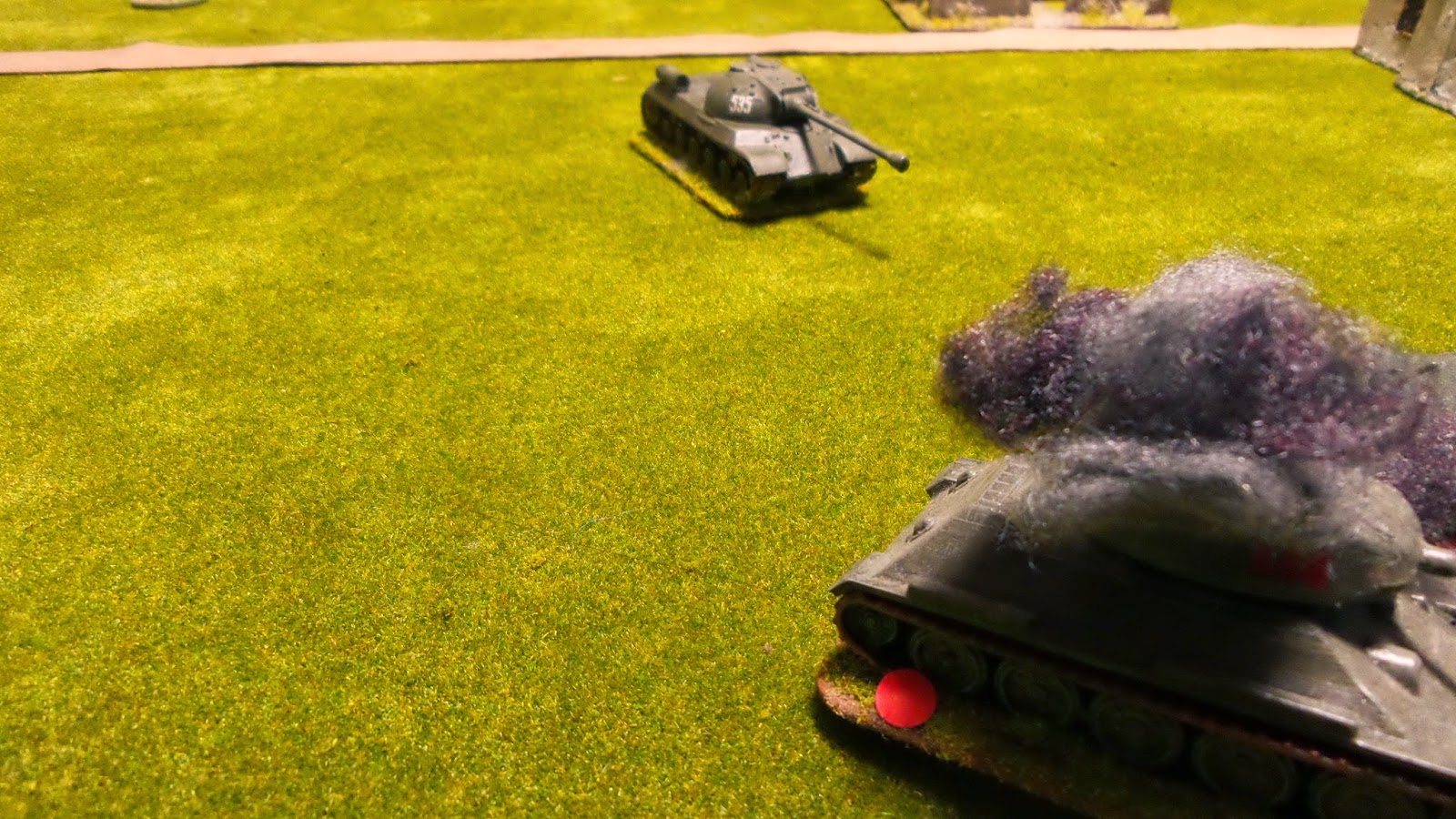 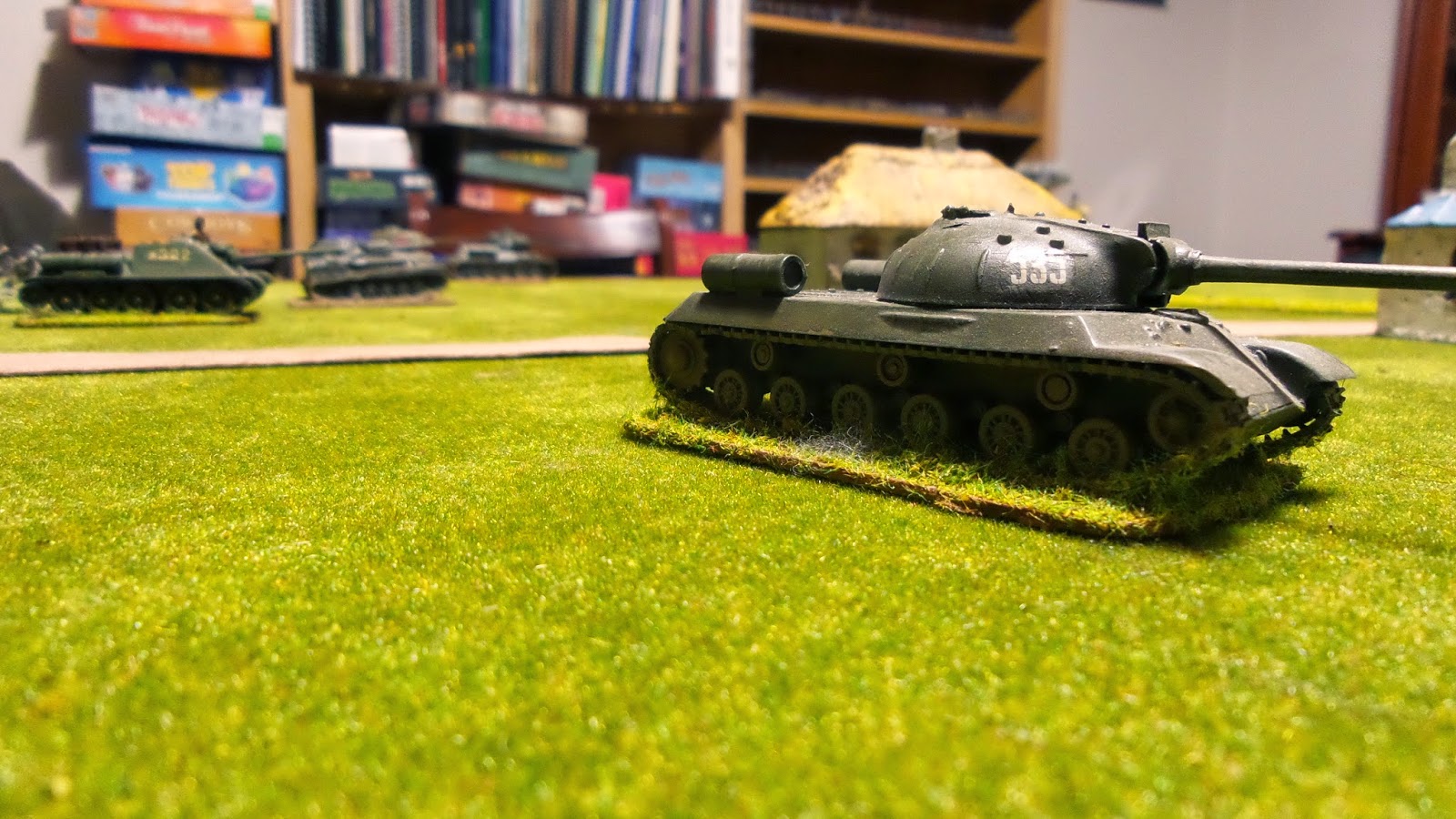 Armour in action, taking out one panther at some cost, as the JS2 lurks. 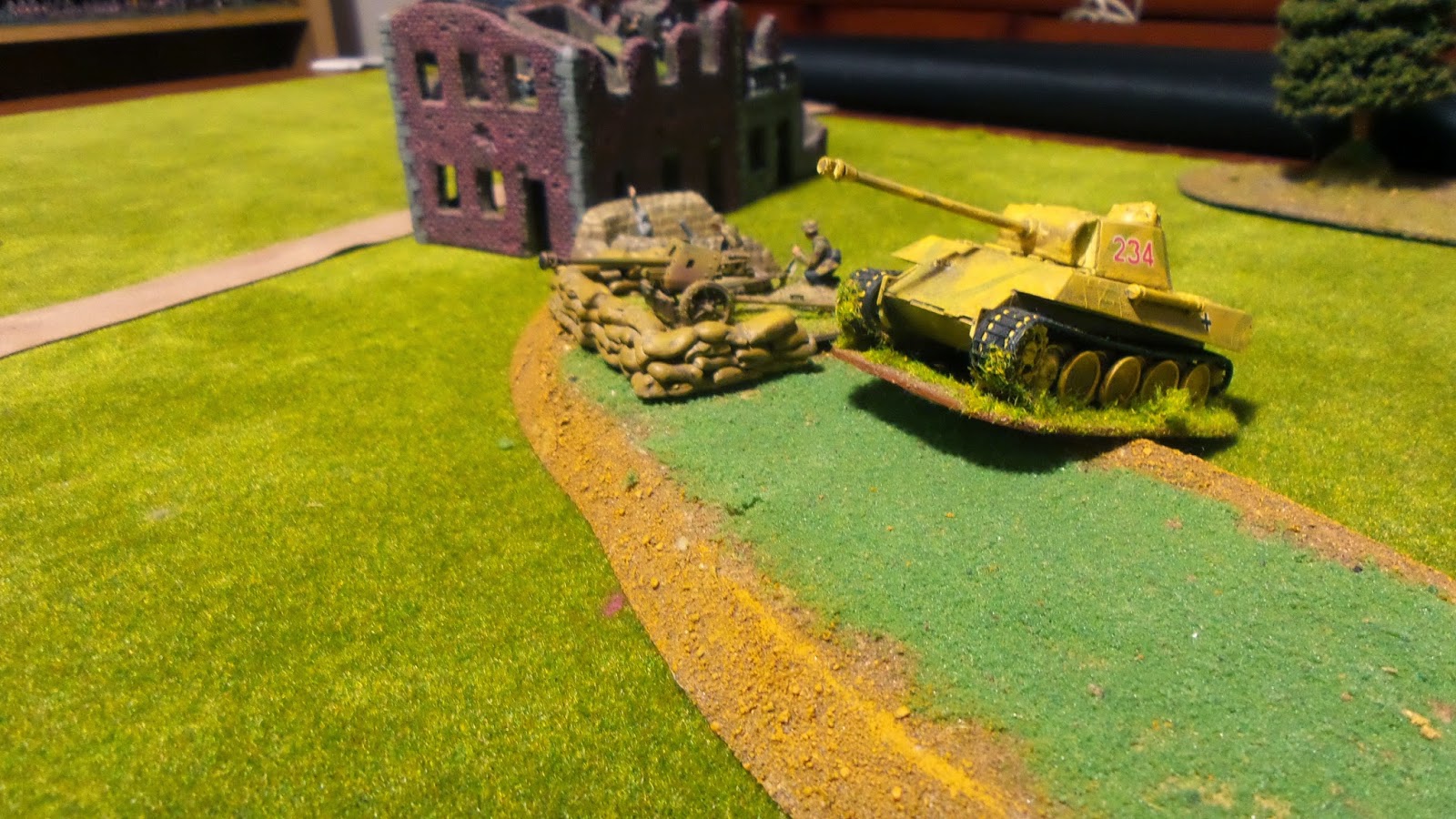 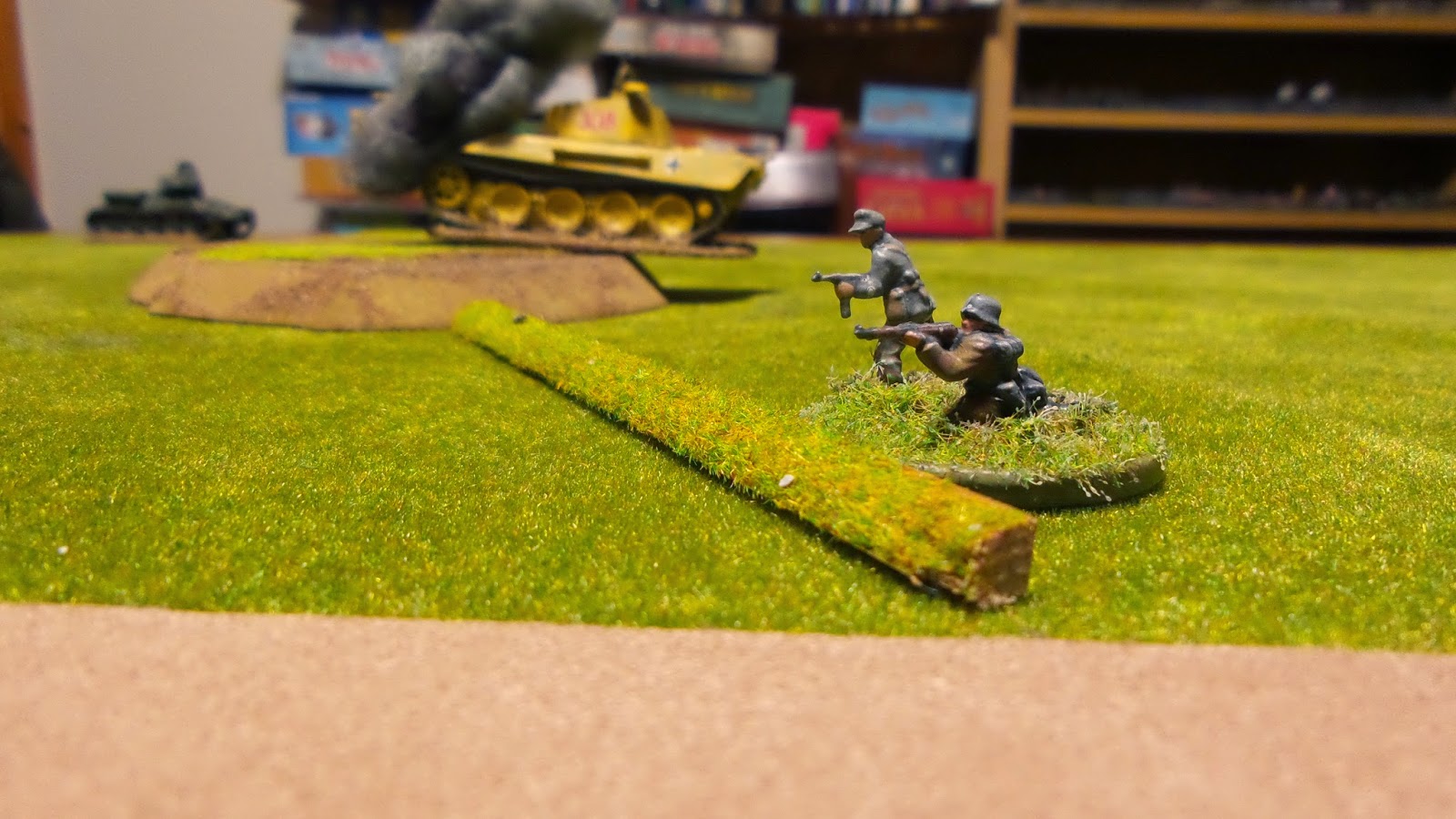 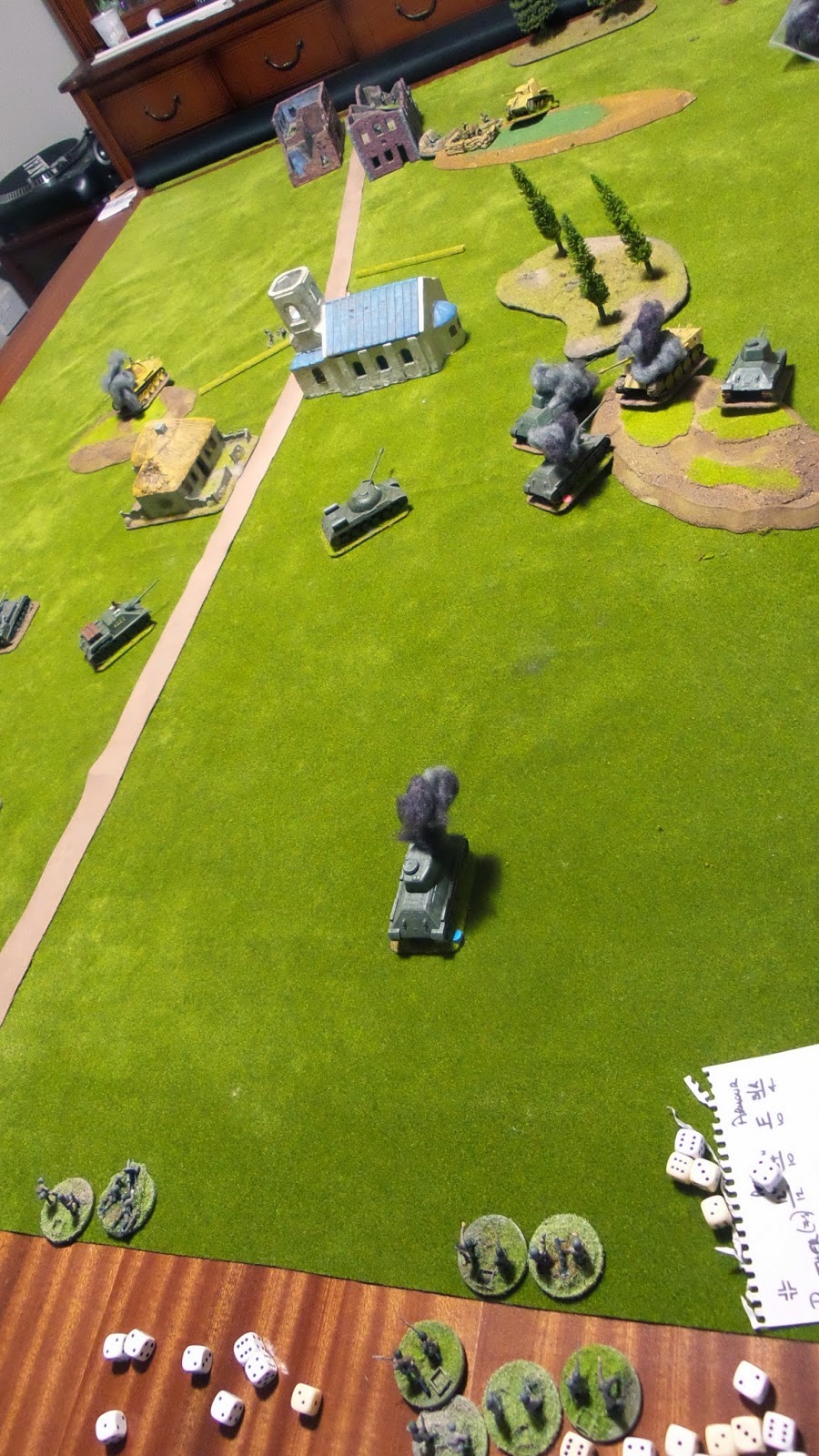 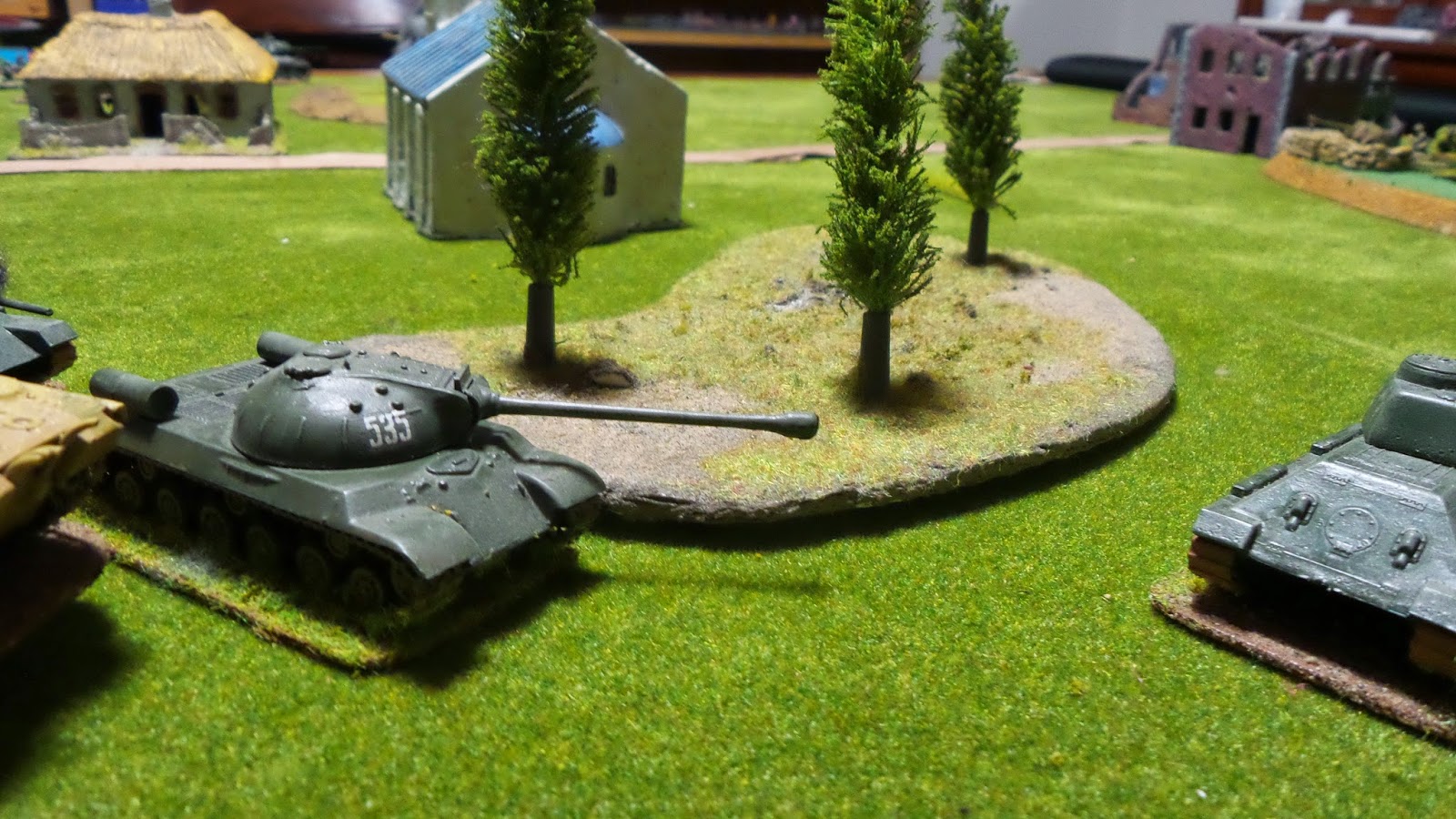 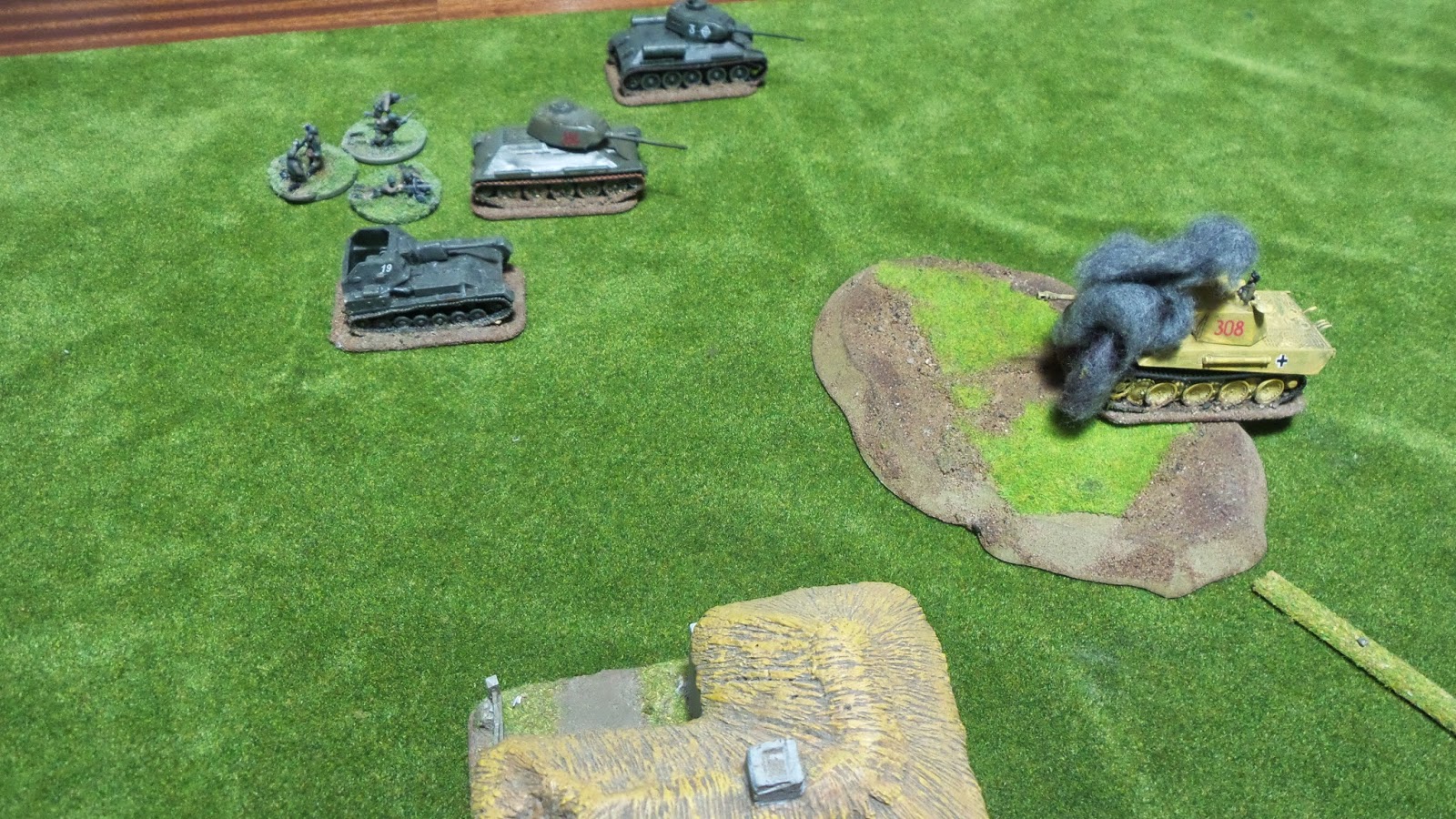 German defences take a battering on the left and right as Soviet armour starts to break through. 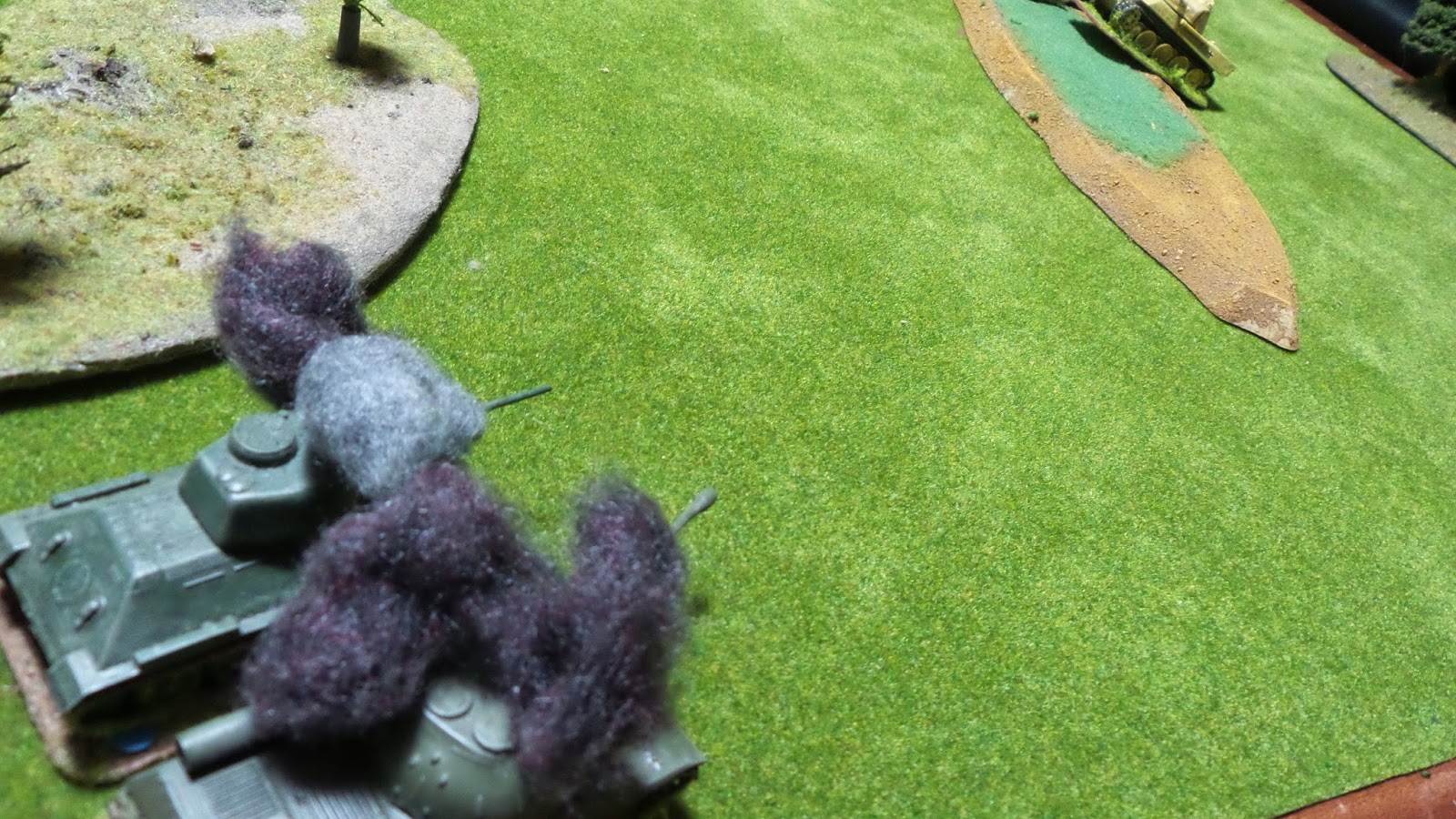 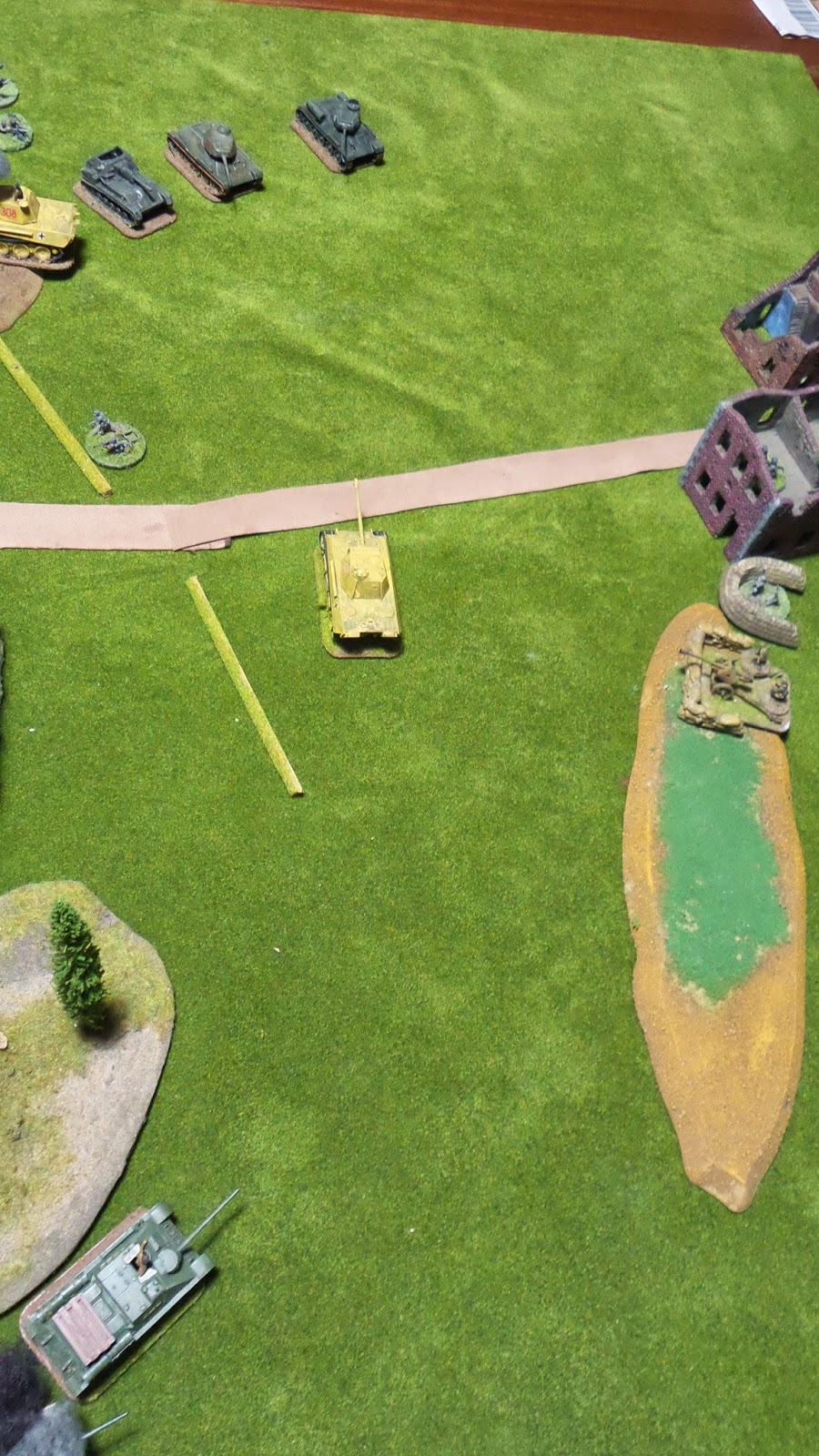 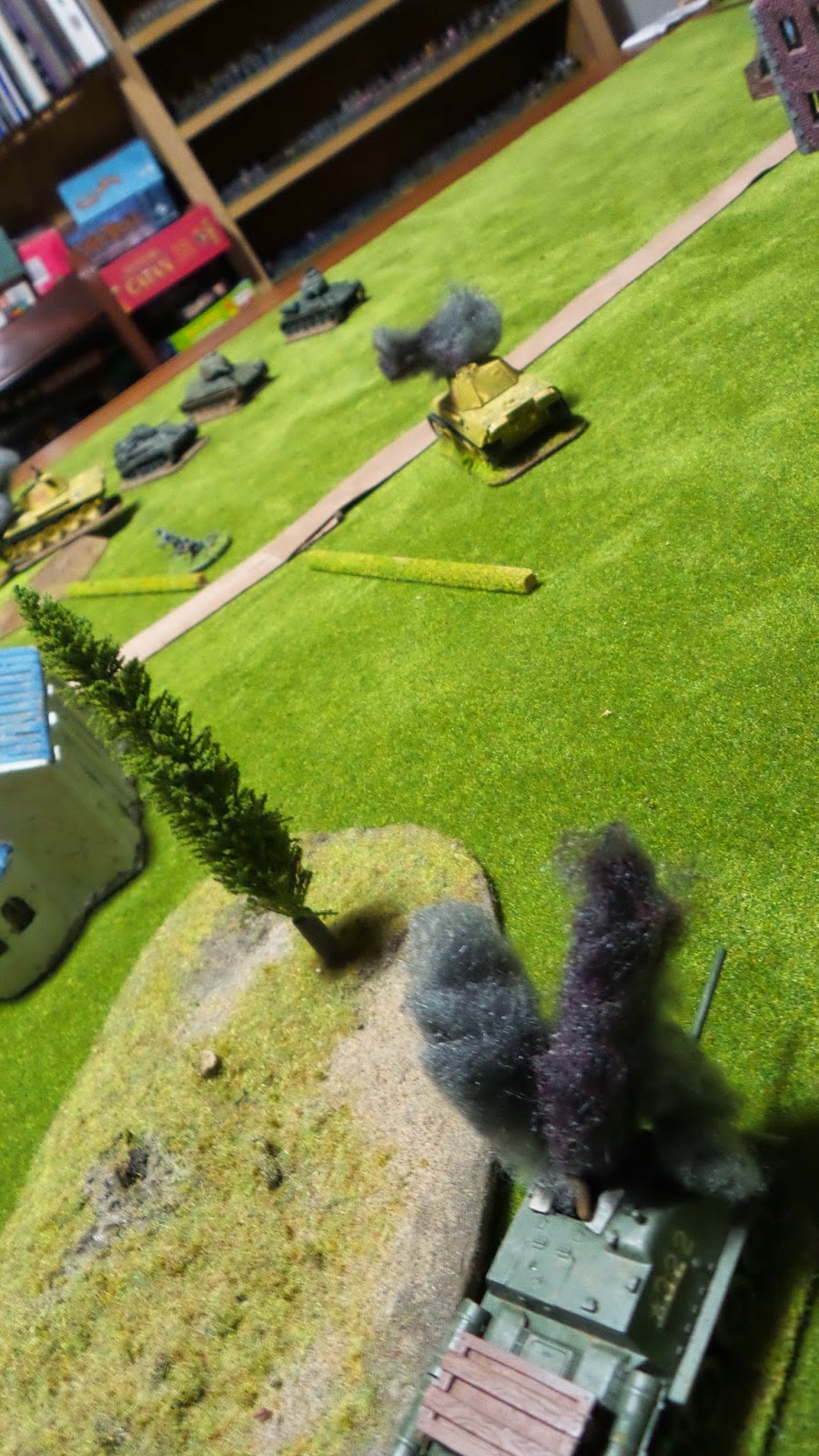 Some sterling efforts (with lucky sixes ;) ) in defence and the German re-establish the line in the town with one anti tank gun and a panther. 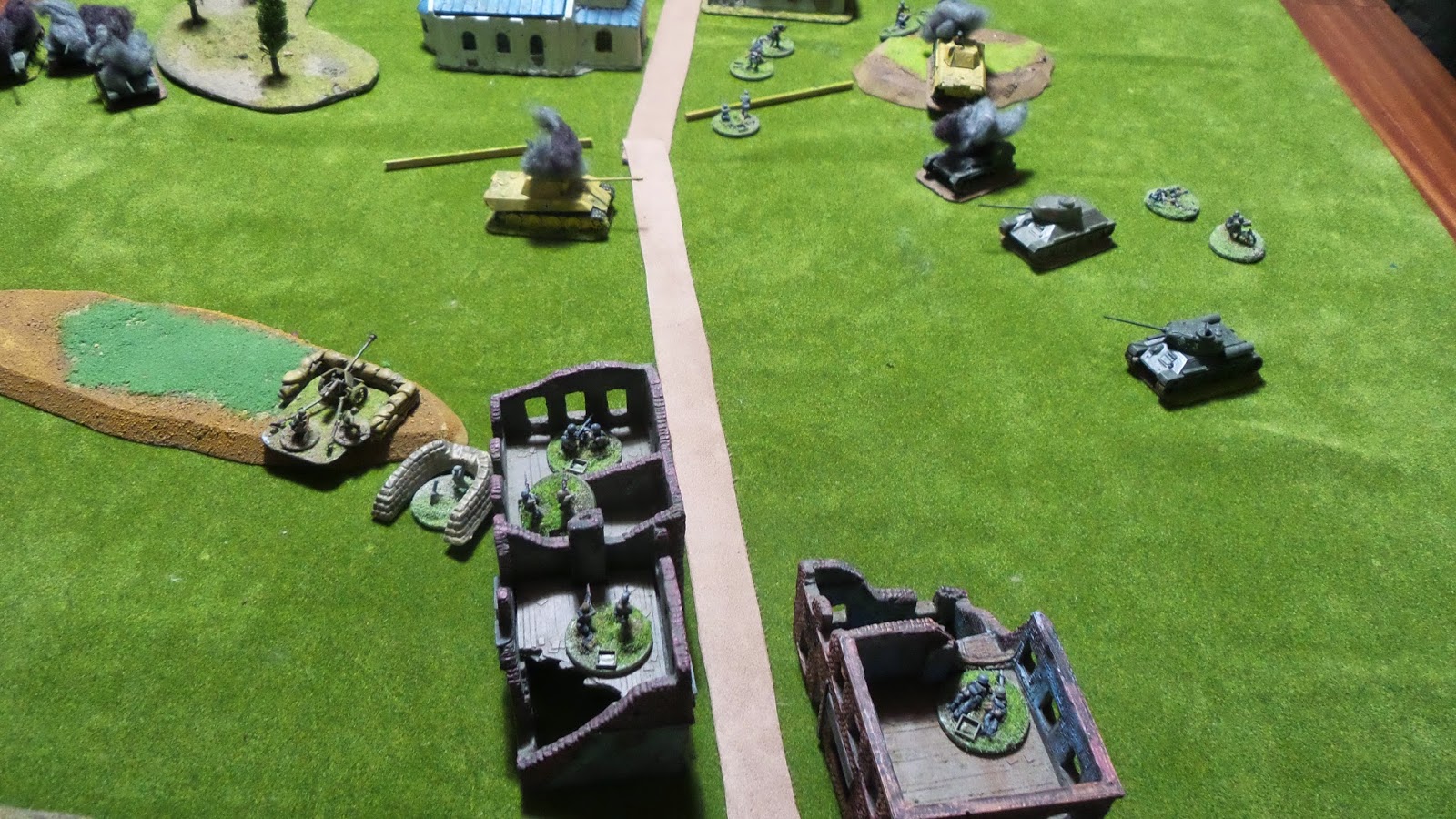 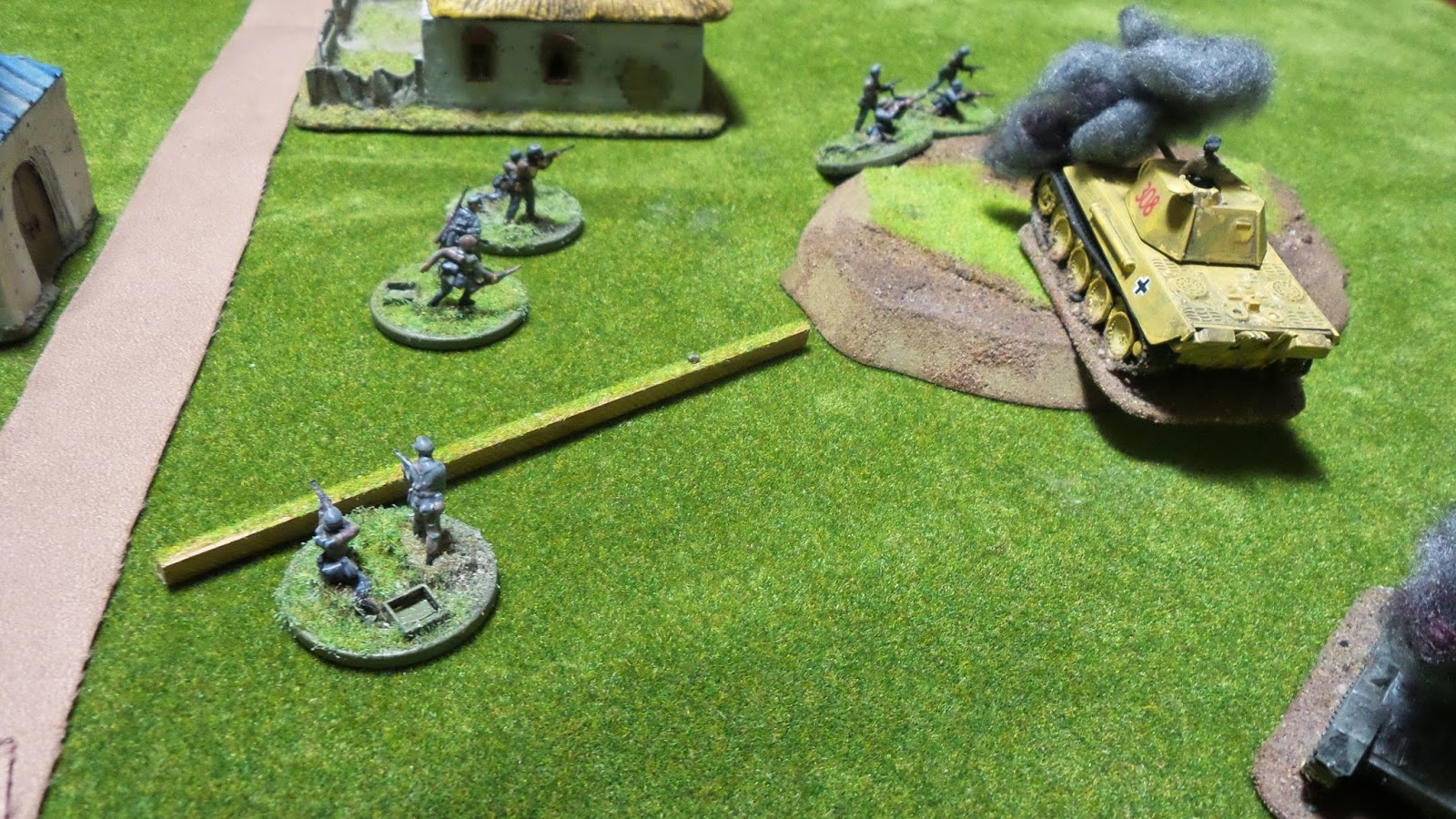 The 75mm ATG holds the line, reducing the last of the Soviet armour, so much so that German infantry (which has been spotting for artillery) can be released to press home a counterattack...

All in all a lovely and fast set of rules that pull no punches, get a more readily achievable result and hone tactical use of troops rather than book flipping. I love it.
The big benefit here is that the same mechanisms can be used for