And now for something completely different.

I've tried a few sets of Vietnam rules over the years, but this scenario was mainly a playtest for the 'TAC' series 'Arc of Fire' rules.

These are mostly traditional in terms of tables and mods, though the 'TAC' roll which sorts the competent troops from the less so, helps adjudicate most of the action and is a little different to what we're used to.

Playing cards call initiative, and I couldn't help myself comparing with the smoother feel of 'Force on Force', although there the rules need a bit of work to make them intuitive. I think running this scenario again with FoF would be a nice idea and would show up some of the differences between the two styles of rules and gameplay. 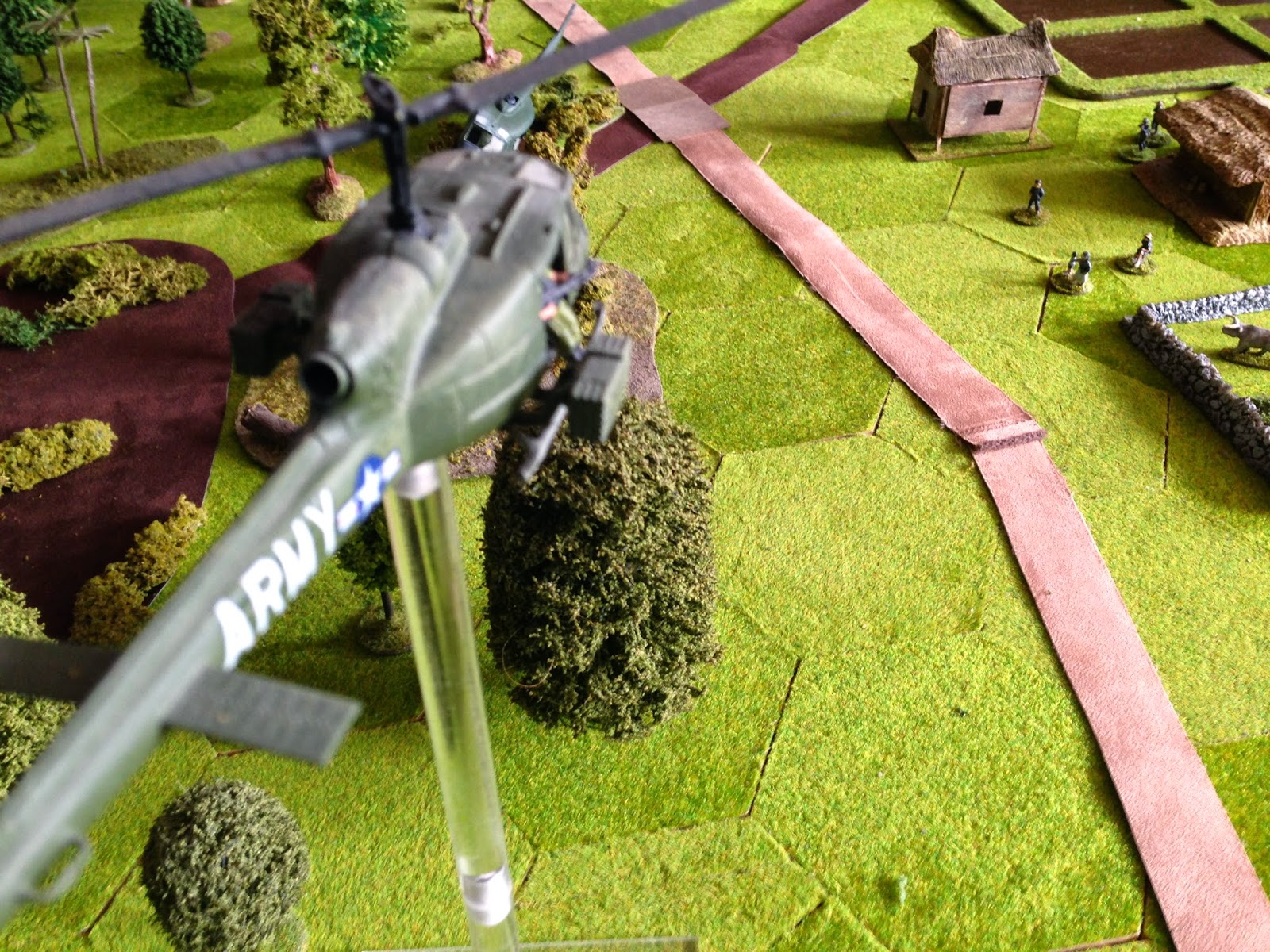 There's a chopper crew down and advisors to the ARVN 30th battalion are the closest units to hand. 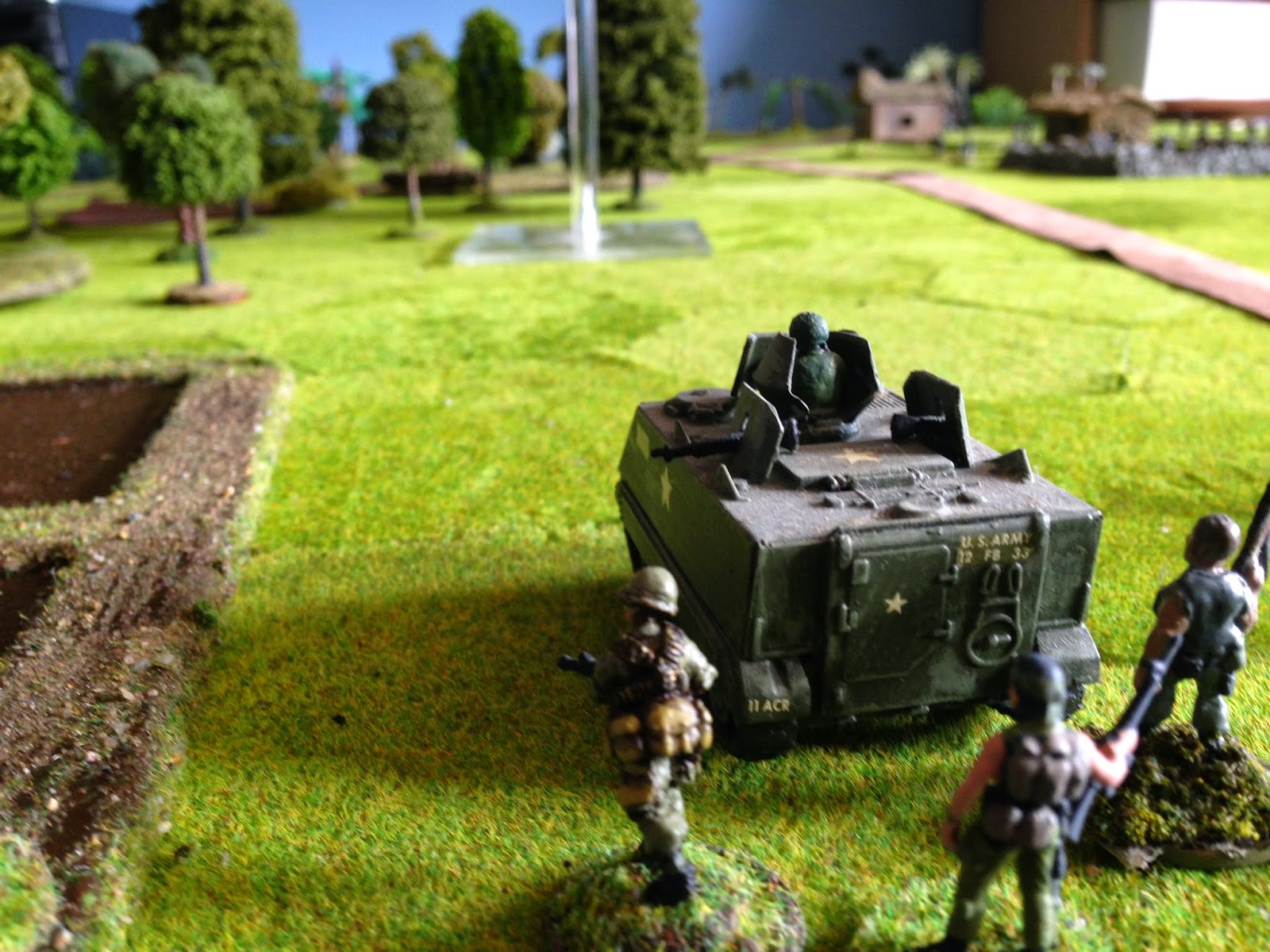 Improvised armour in the form of the venerable M113. 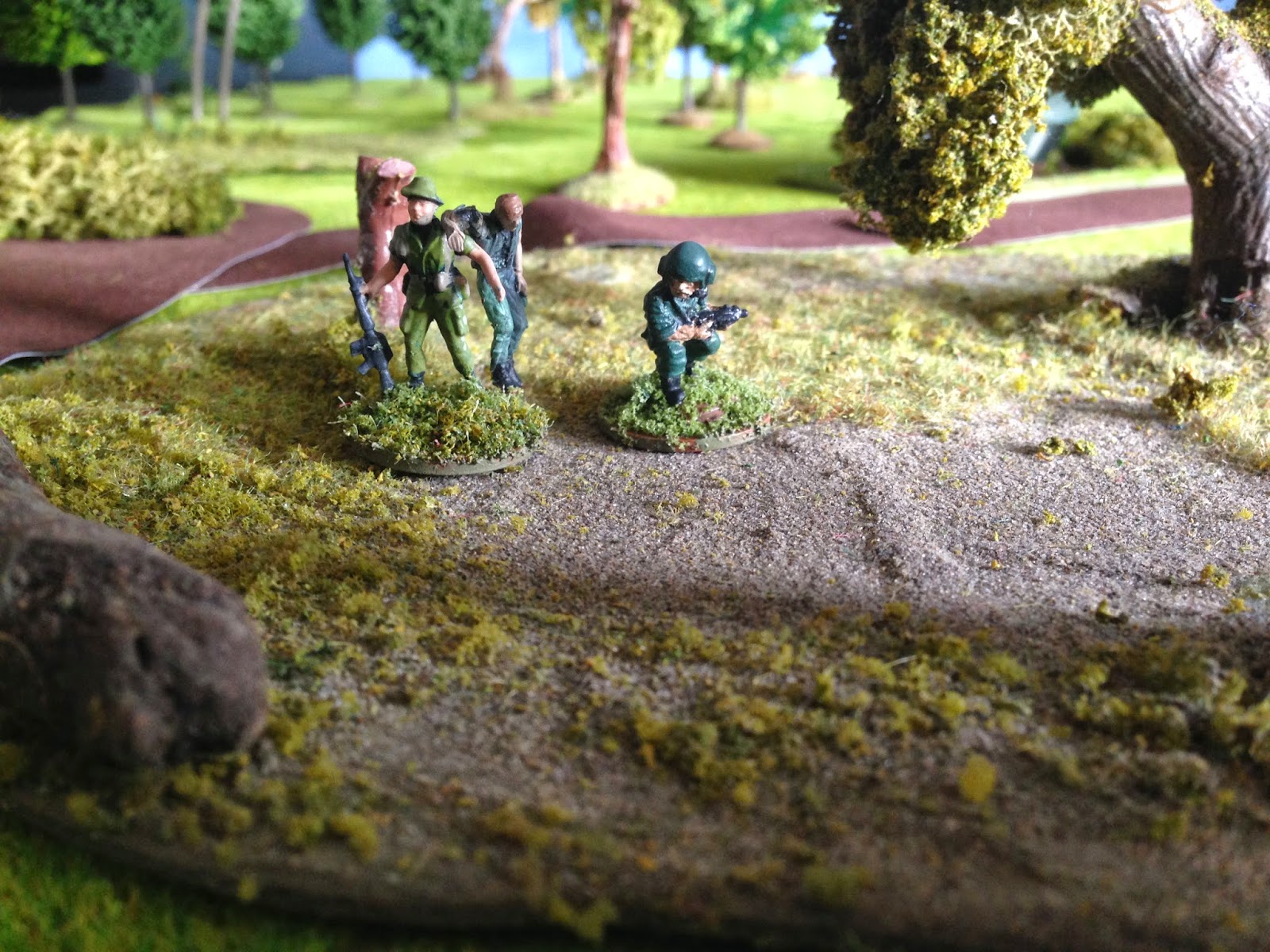 ...as the downed crew, plus wounded, try to make it from a rapidly approaching VC Main Force. 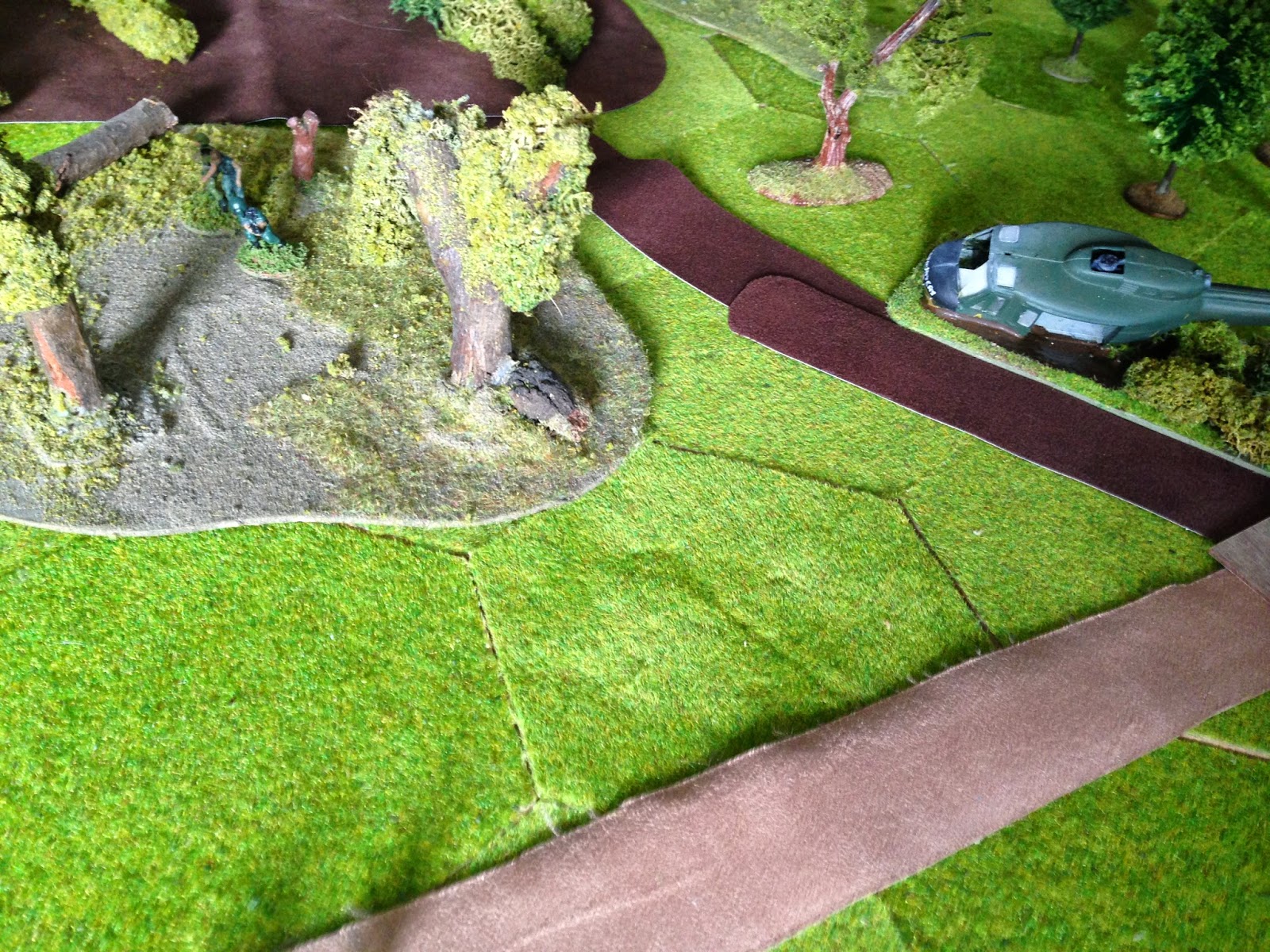 'Huey Down' near the river. 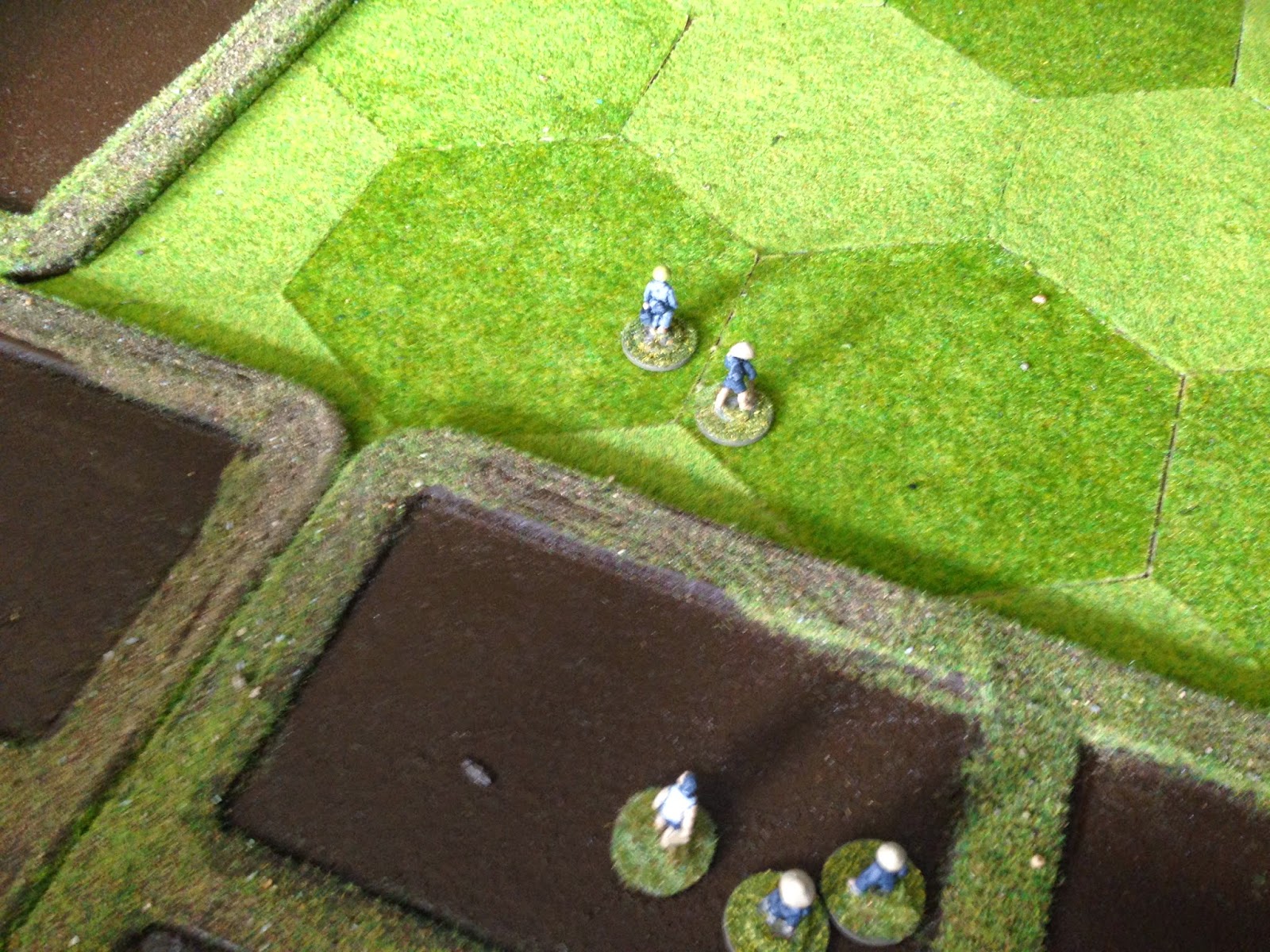 Civilians, co-ordinated through the cardplay (and actually quite dangerous), began to prevent the US getting a clear line of spotting and fire - conflicting with their rules of engagement. 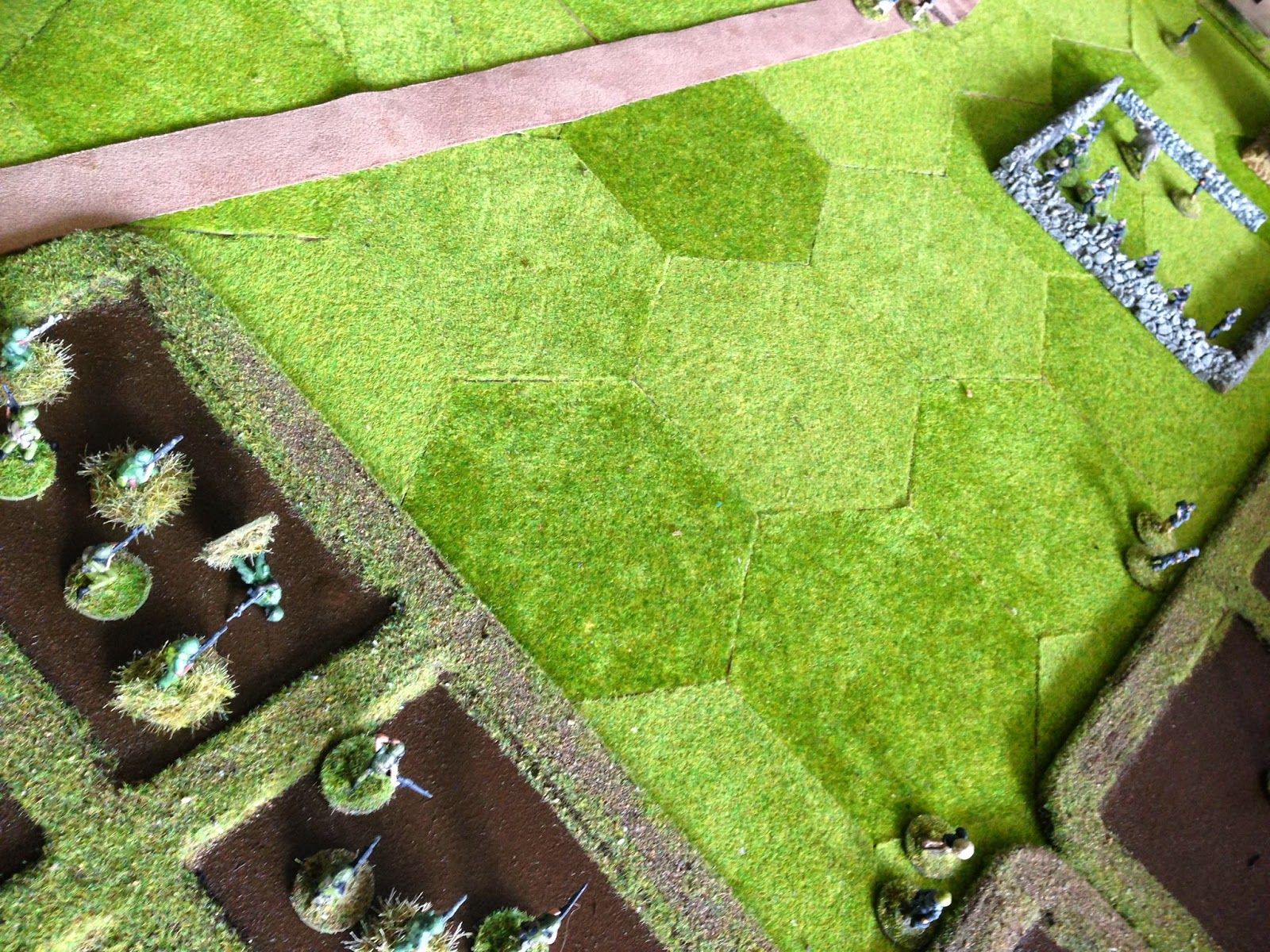 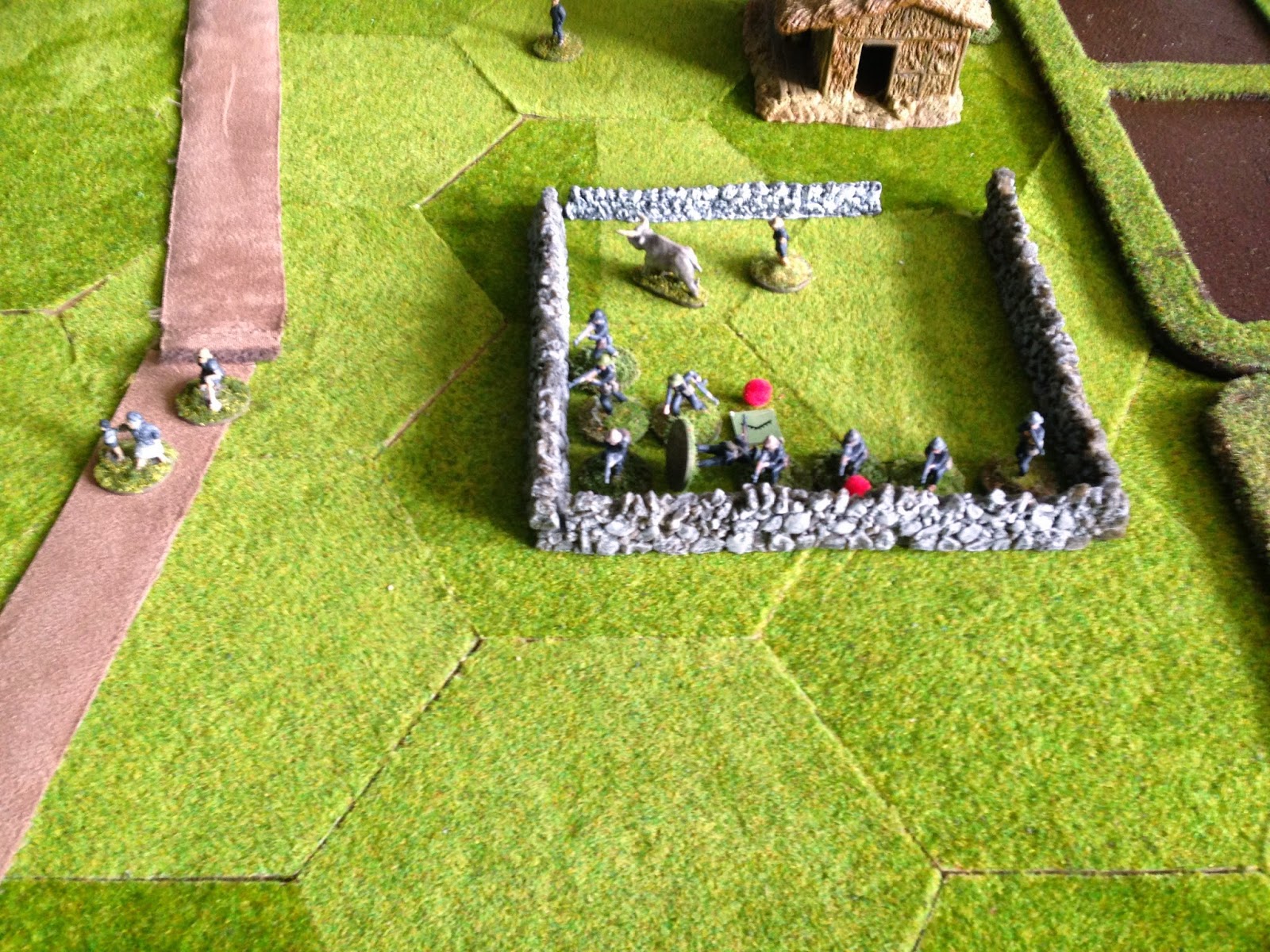 ...while the VC remain in an eminently defensible position. 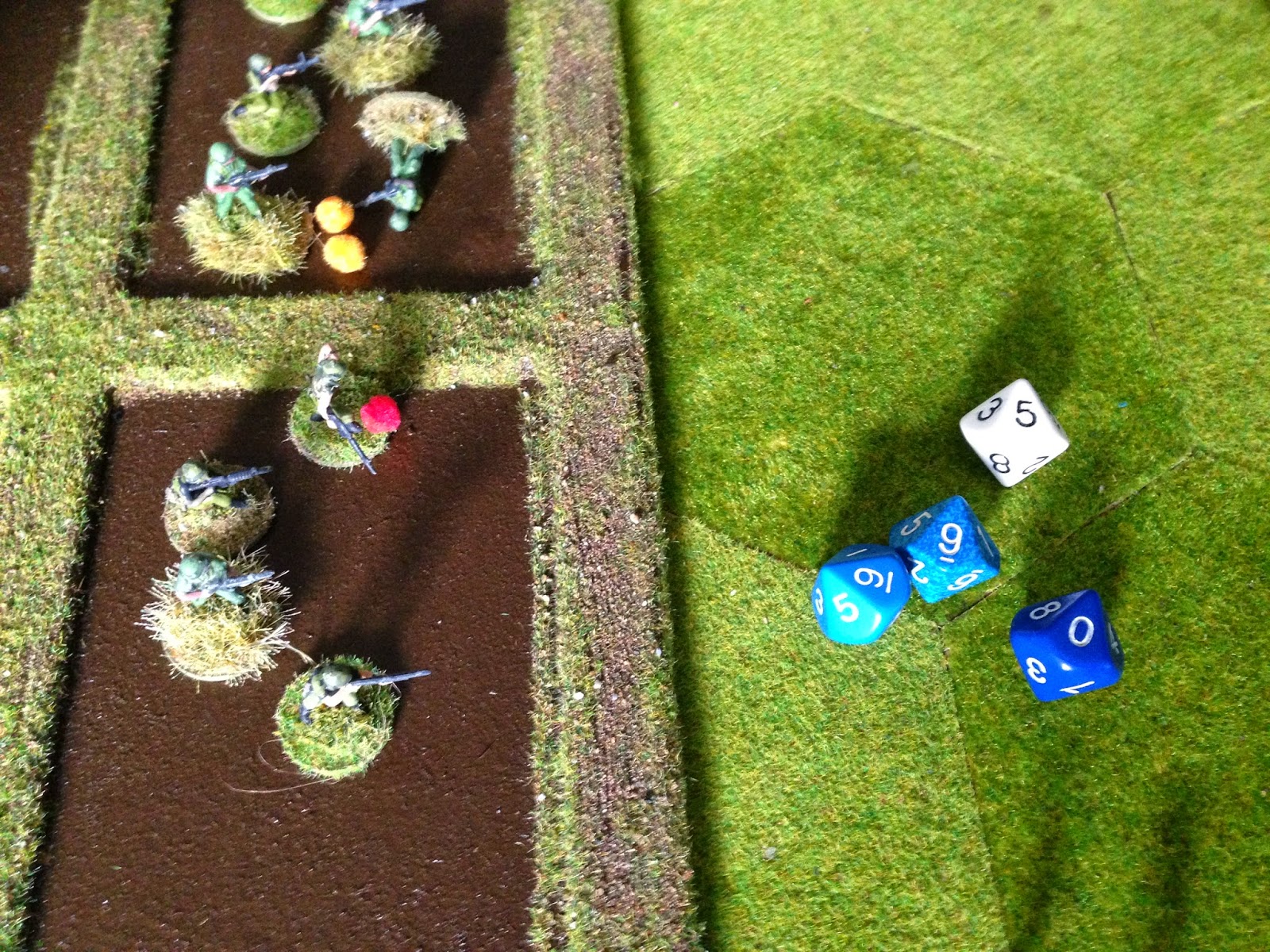 High rolls on the d10 wound dice are never good. Two morale checks and a kill. 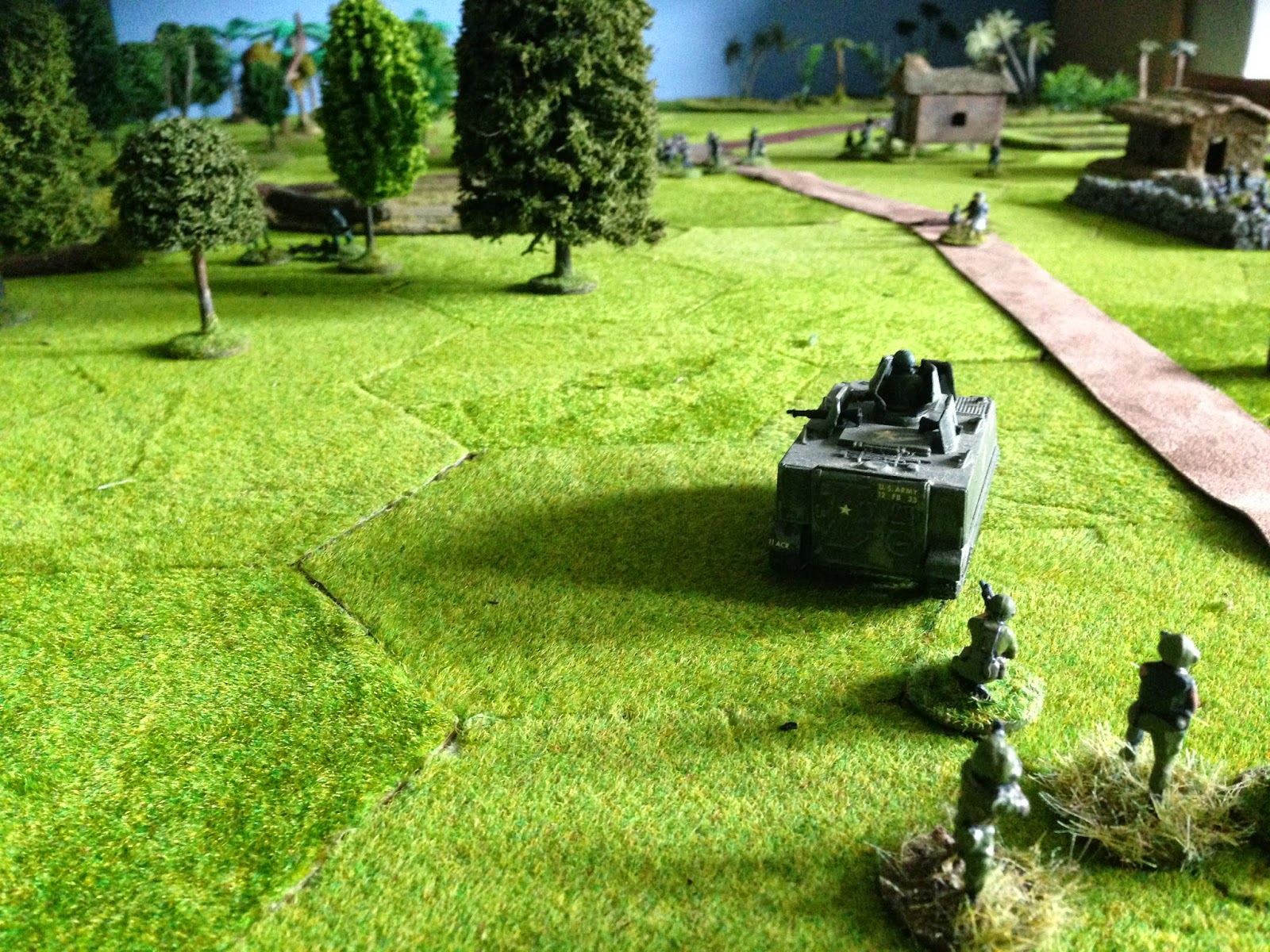 The machine guns on the M113 however, help to restore balance to the US advance. 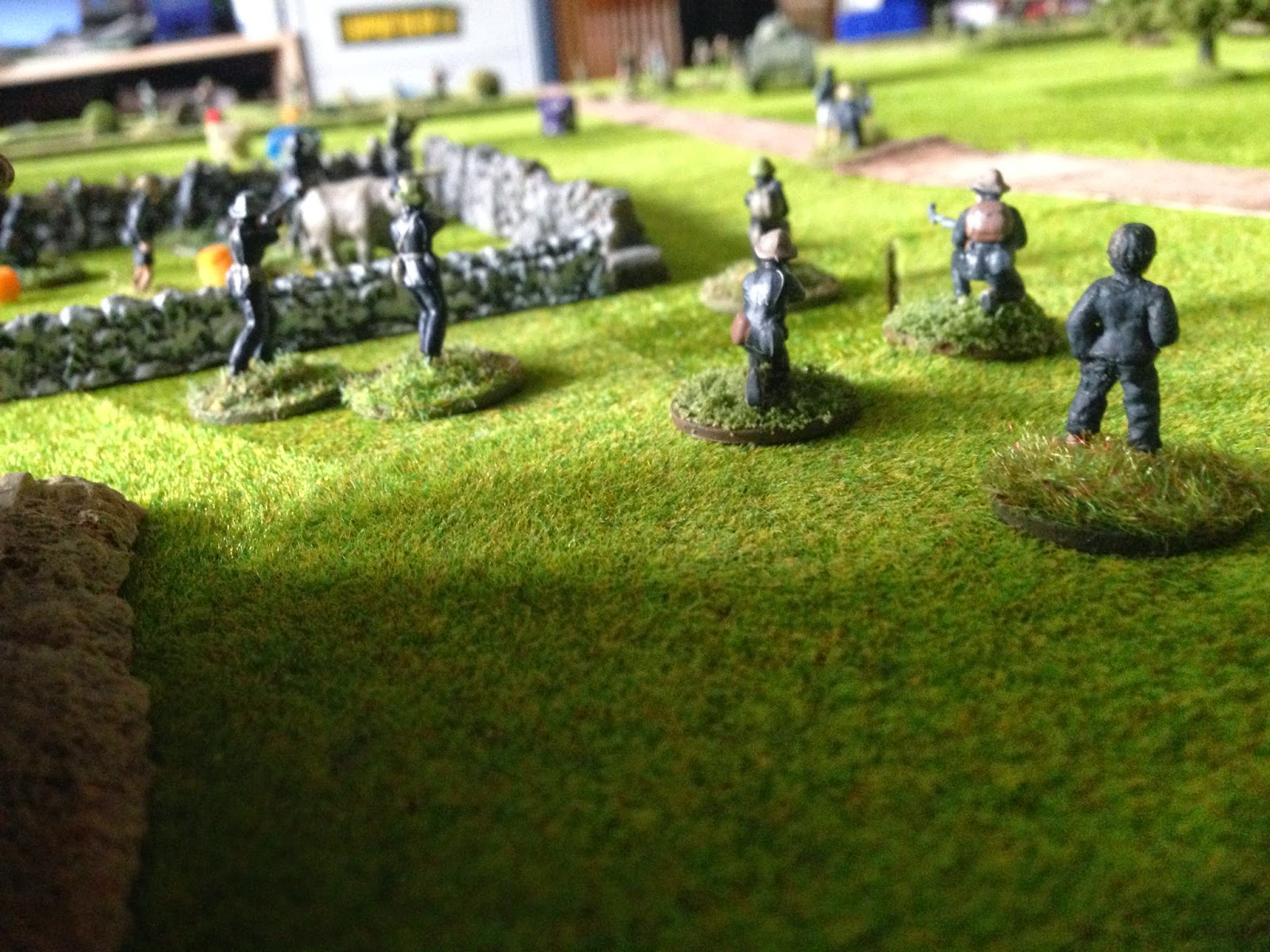 Despite encroaching cells of VC. 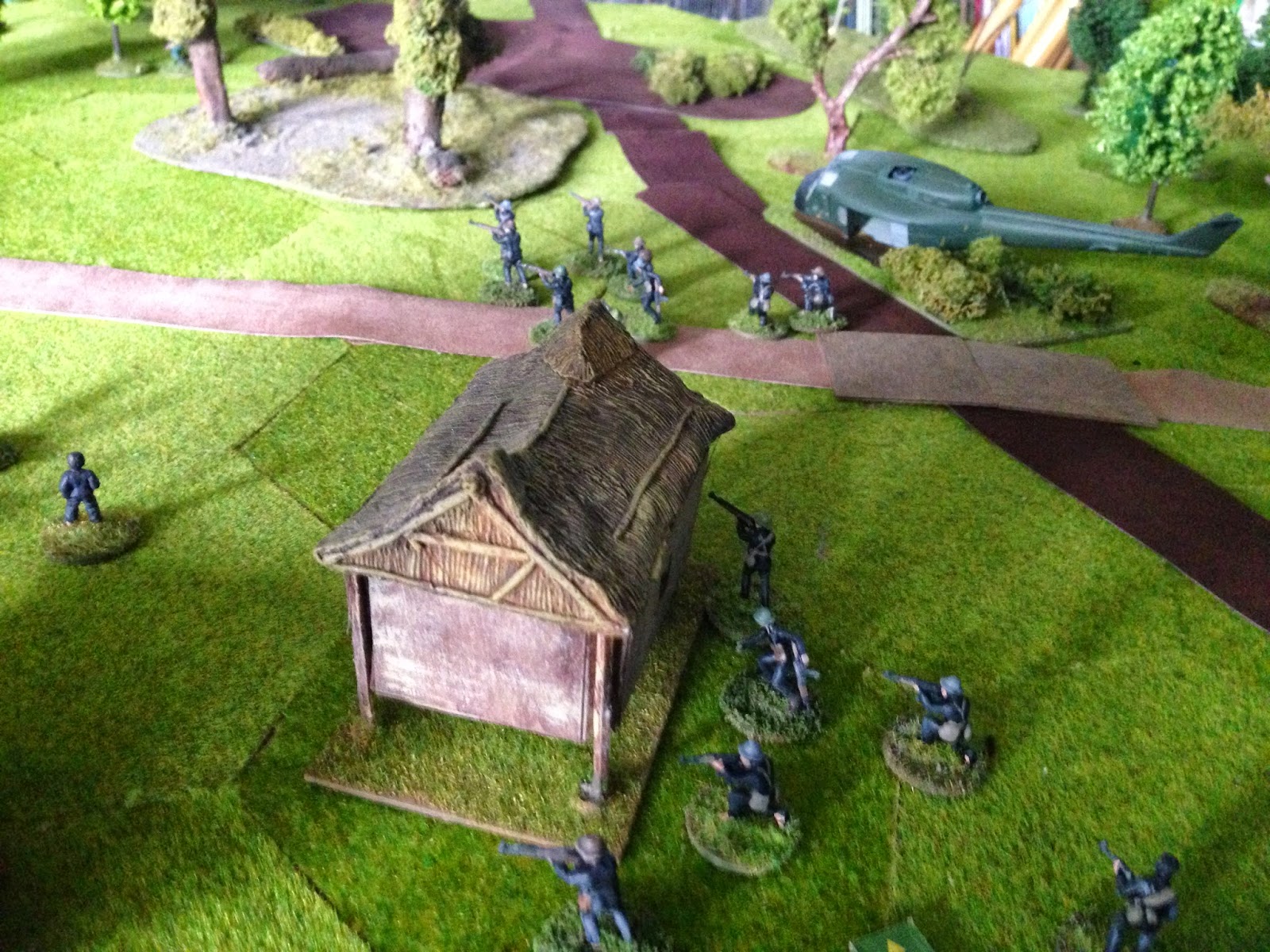 Is it too late for them to intercept the helicopter crew? 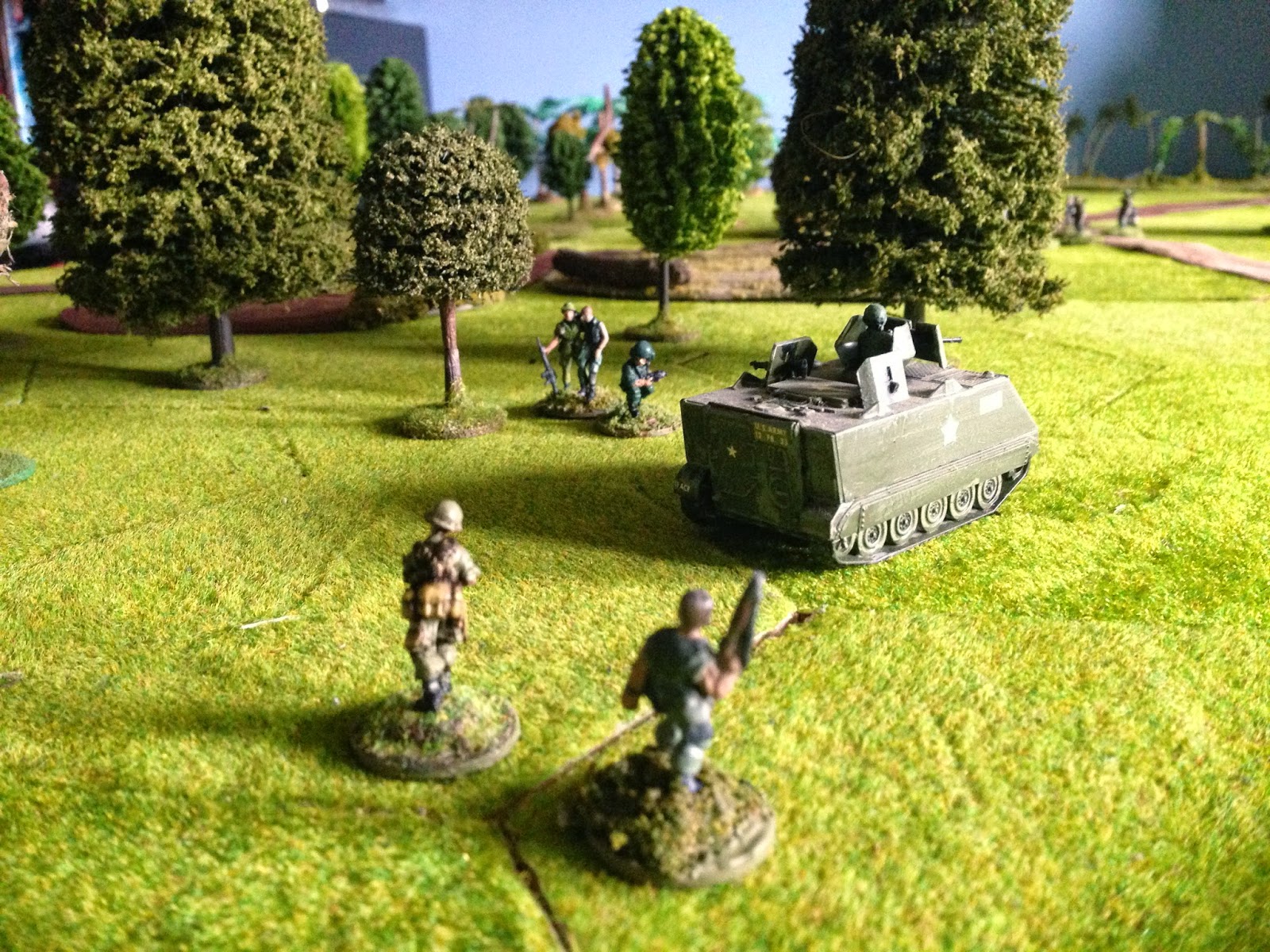 A very definite 'yes'. A turn of the card allows the crew to get the jump on the chasing VC and they make it through the jungle to the HQ element of the US platoon. 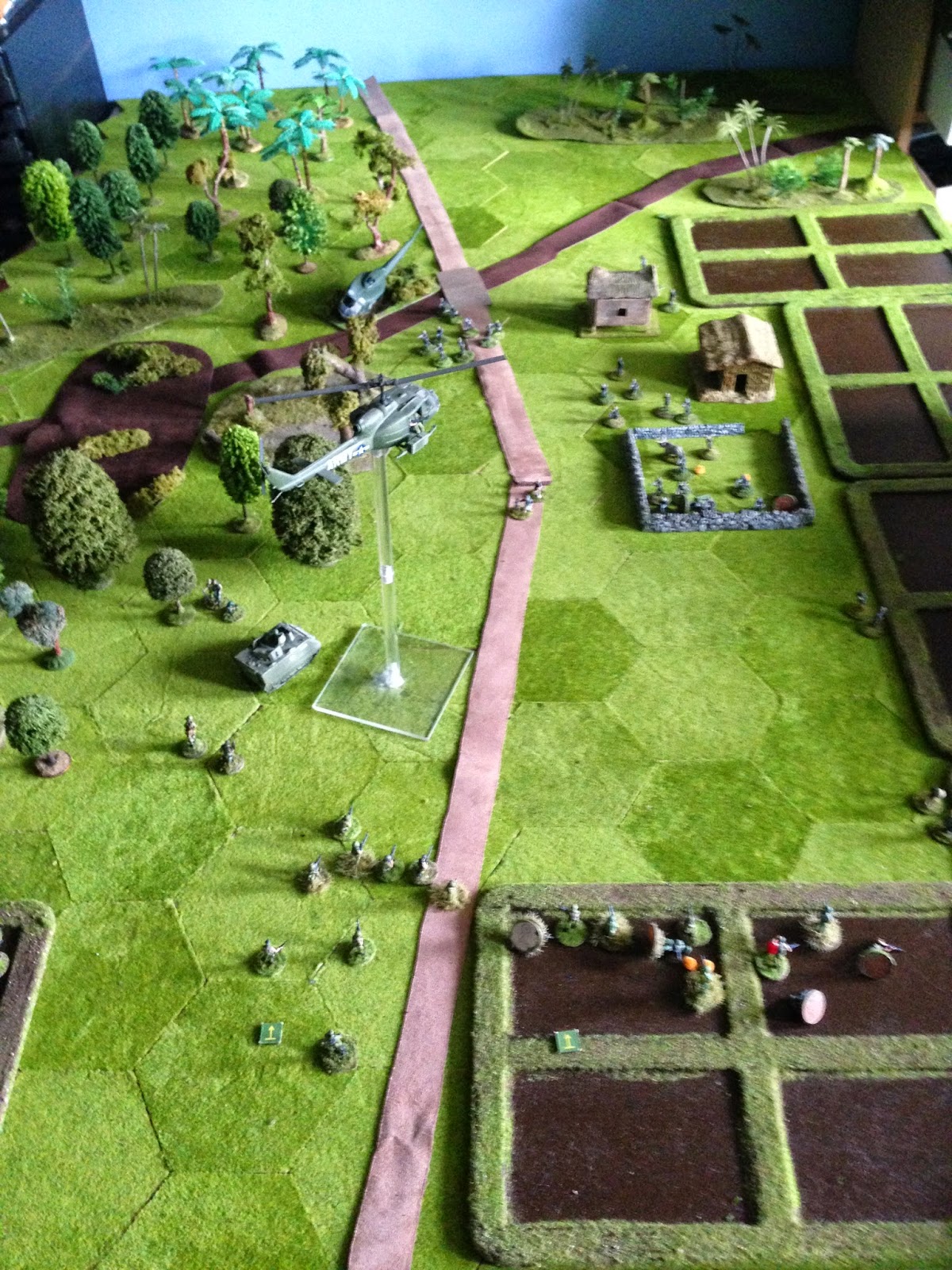 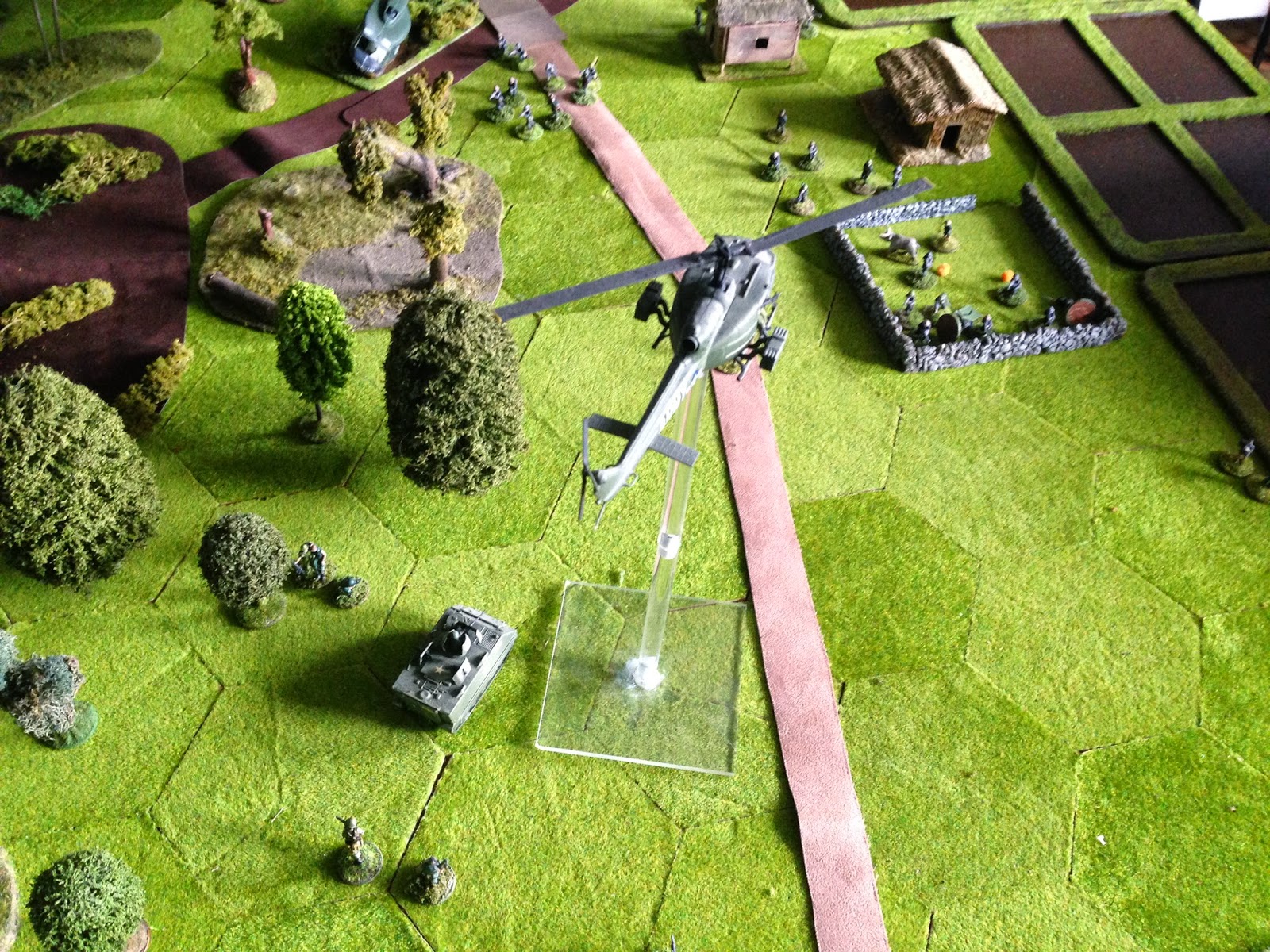 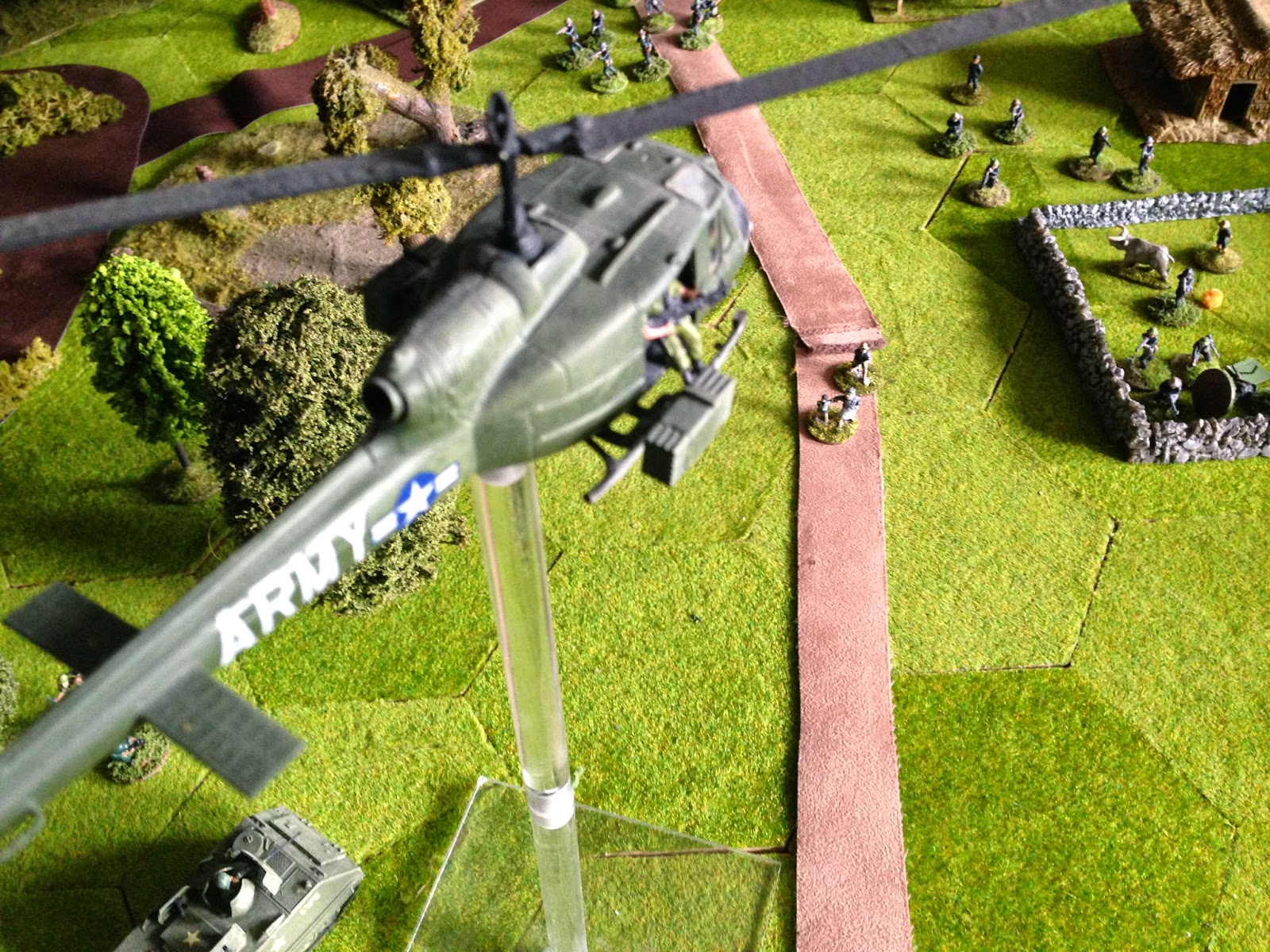 A nice scenario, though I'd like to try something similar with different sets of modern rules. Arc of Fire is nice but perhaps lacks some of the subtleties that we see in FoF (eventually, when you get your head around it that is). More to follow - and perhaps some 'Charlie Company'.