Haven't tried Crossfire yet (after my Squad Leader rant), though the decision to try one or the other is becoming more reinforced, and reading through Crossfire is making me feel that it's the game to go for.

That said, I needed a quick game for our next session, so developed a rapid PMC scenario in the troubled country of Redbullistan, using Ivan Sorenson's old (and free) 'Fast and Dirty' rules (these are pre-5core). 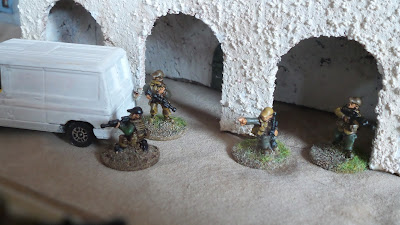 Some nice concepts in a game which saw the worst quality troops in good numbers vs the elite/outnumbered...

The old get to the embassy and hold it scenario.

Alternate activation and best of two six siders etc. for mechanisms.
We did have a lot of discussion of how rules should work in this 'period' in order to maintain focus and exciting gameplay. 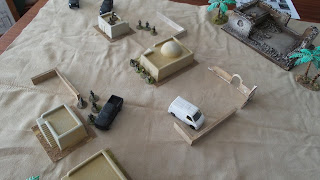 View from the UAV. Looks quiet...the teams have to get to the surrounded embassy building. 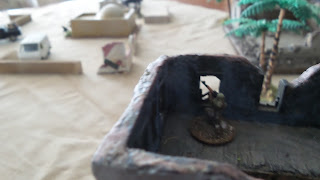 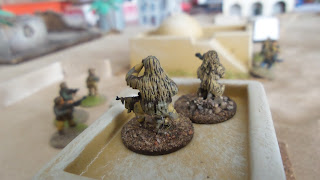 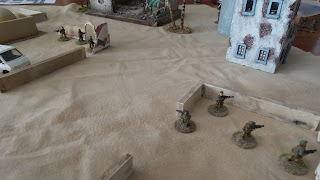 Using cover for fire and movement (don't get caught in the open in these rules). 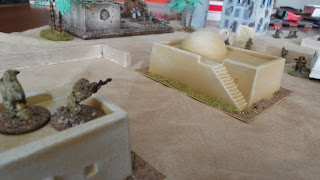 'Get me some fire discipline on the multi storey Dave!' 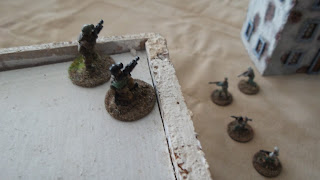 Alpha (with casualties) makes it to the embassy building. 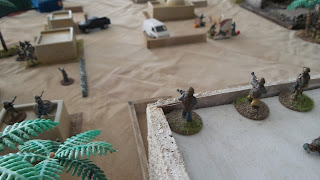 Reinforced later with a 'Gimpy' from Charlie. 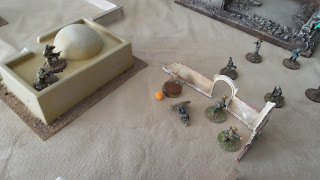 While Bravo fights off insurgent assaults...(with a little top cover from a nearby roof). 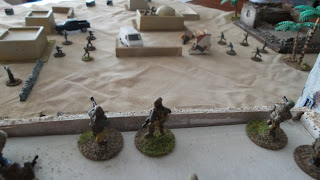 The enemy assault becomes a Target Rich Environment for the operators that have reached the embassy. 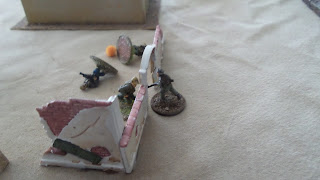 Not much left after that. 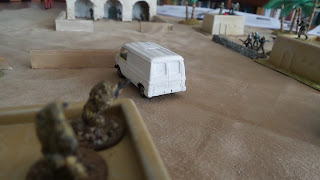 A nice game, but post game discussion made very interesting through potential Crossfire Crossover for this genre.


In other news, picked these up, they read much better than I thought they might. (Fantasy version of Lion Rampant by Osprey). 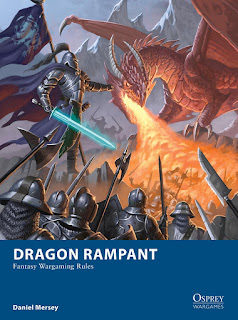 And can't wait for this set. C17th version. Some playtesting online as we speak. 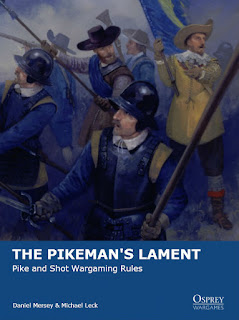