There was a theme running through my Christmas gifts this year (aside from the obligatory jumper, socks and red wine (yum)). Clearly, I must have mentioned the fact that (1) 2014 was the centenary of the opening shots of the Great War and (2) that I would be looking at it as a wargaming/research period with 'Great War Spearhead'. What a bloomin' great haul of stuff I got!

(I'm led to believe that those 20mm plastic Turks by HAT are particularly rare these days. The Missus searched far and wide for 'em. Simpson's 'Evolution of Victory' and Haythornthwaite's famous 'WWI Sourcebook' are even more rare.) 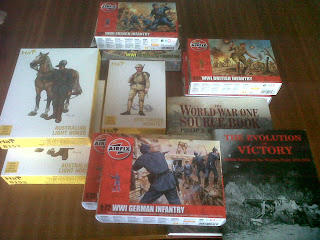 Happy New Year to all.

Email ThisBlogThis!Share to TwitterShare to FacebookShare to Pinterest
Labels: The Great War

Wargaming Butterflies of the World…UNITE!

It’s at this time of the year, with thoughts of gaming freedom based on time off work, that the wargamer’s mind inevitably dwells on all of the games that he is going to play during the all too brief Christmas period (neglecting to consider all of the time which will actually be spent with family, bike riding, DIY and washing the car.)

With such considerations in mind, I have formed the ‘Wargaming Butterfly’s Christmas Wish List’ – consisting of all those games which I wish I could get around to during the Christmas period or (and more likely) that will form the mainstay of the blog in 2014.

(1)  Modern Spearhead
Being a ‘wargamer of a certain age means’ that I played WRG rules back in the day. One of the sets forced upon me, or that I enjoyed I should say…was the 1950-1985 modern set. Now, combining this with when I grew up, I had an absolute love for the period (and complete paranoia for the reality) of the cold war. Hordes of 1/300 scale Russian T-72s crossing the German plain (in turn being blunted by the odd M1 Abrams) was a wargaming scene that I grew up with.

As with many of the rules that I bought in the late 80s and 90s and never ended up playing due to career and family (that’s my excuse), Spearhead always looked fantastic to me with its mapped orders systems and I always dreamed of using it for 1967-73 bashes in the desert too. So, we’ll be trying it for Arab Israeli and Cold War options. 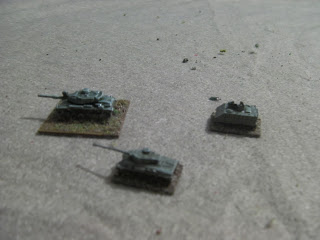 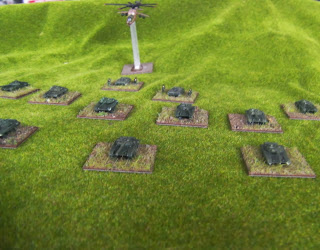 (2)  More Maurice
As previous blog posts will most certainly attest to, Maurice gives an excellent game.  The cards add atmosphere and theme, the rules are nicely balanced, and a game the size of the Boyne is manageable in an afternoon. There are other Irish campaign games in mind (fictional Inch Island and actual Aughrim), and the thought of a long campaign game is very exciting. 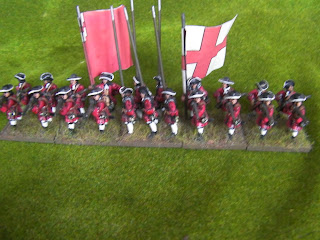 (3)  Bolt Action
Haven’t bitten the 2FL Chain of Command bullet yet, but did get Bolt Action. Want to try this as a ‘fast set up’ option to the larger scope Rapid Fire that we’ve been doing. 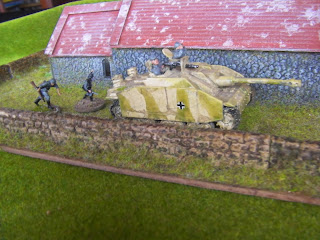 (4)  Force on Force
Still very interested in mastering these rules as there is enormous scope in terms of modern conflicts (and I have many, many scenarios). 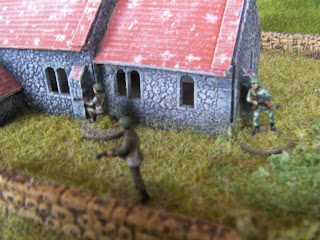 (5)  Black Powder / Pike & Shotte
Have heard nothing but good things about these rules and want to try them out with the late C17th figures. Possibly another Boyne game. 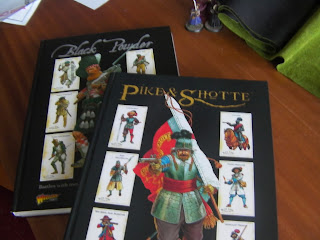 An excellent sci fi merc game from Poland. (And when I say sci-fi, I of course do not recognise the b.s. put out by a certain evil empire since the 80s…there I said it, sort of…). A nice game based on future corporate mercs (Hammers Slammers style) and I get to use my 10mm stuff. 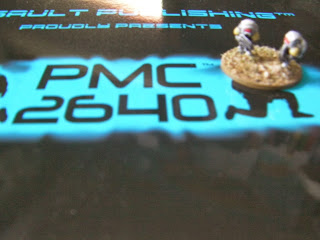 (7)  More Snappy Nappy / Volley & Bayonet Hybrid
Still adore V&B despite its little foibles. Possibilities abound with using it with some Snappy Nappy changes for the AWI. 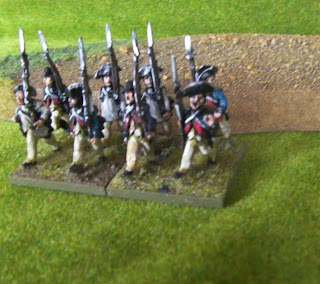 (8)  More Snappy Nappy
All Steve’s fault of course (and glad to see him back into gaming and on the bike at he same time http://steveswargamestuff.blogspot.co.uk/). Absolutely adore the mechanisms here, though does give the strict organisation buffs a bit of a slap. It does however make you the 'big cheese', so you’re only worried about corps and divisions. 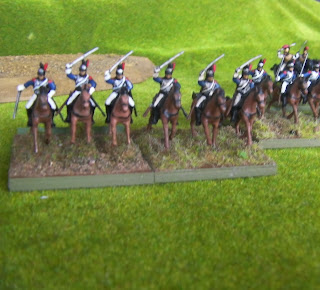 (9)  WWI Spearhead
I watch a lot of history shows of course. This year I watched the entire 1964 BBC WWI documentary. I was fascinated. I had always had a passing interest, but this one floored me. So then I bought WWI Spearhead and am getting some minis for Christmas since I don’t have enough periods to paint figures for!!!…sigh… 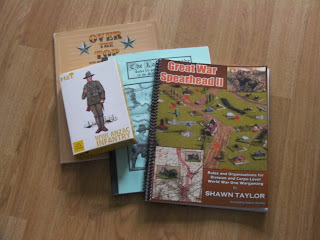 ‘Naval’ gazing time (pun intended). Red Banner style modern games using GDW’s Harpoon Captain’s Edition as the kickoff for a campaign, and/or Mongoose’s Victory at Sea WWII rules. So much scope here and a period that I have not explored enough. 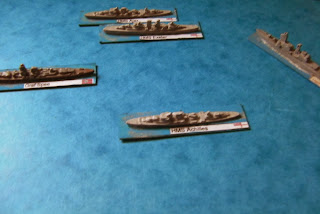 Always been a fan of Full Thrust, and have a couple of unpainted fleets. It was a nice set of rules back in the day and warrants another look. 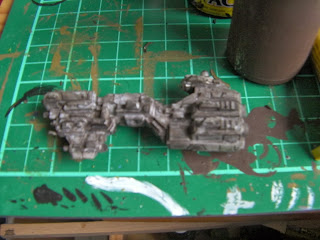 (12) …and wait for it, SPI style board wargames


This is kind of where I started in 1980. I also have more of the more modern GMT and GDW games. Watch this space. 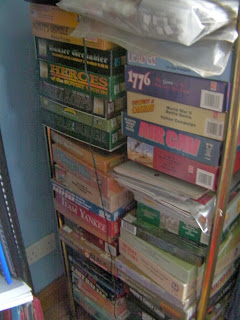 Diaspora starts life as an RPG based on the FATE engine (I’m probably not going to explain that for the uninitiated so please move on if you just said ‘what is he talking about?’). It’s very Traveller-esque and within the system is a mini-game based on platoon level sci fi combat, which is reminiscent of ‘Book 4 Mercenary’ and ‘Striker’ from the 80s Traveller books. It uses ‘aspects’ to describe what troops can do, together with fate dice, and looks simply awesome. 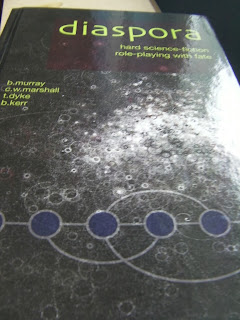 (14)   Sword & Sorcery Style…stuff
I’ve tried Songs of Blades and Heroes once in the past and love its mechanics and activation methods. Must try this again with my collection of old 28mm (with no spikey bits) miniatures. (And of course, when I say Swords & Sorcery, I don’t recognise the b.s. put out by a certain evil…see point 6…you know what I mean.) 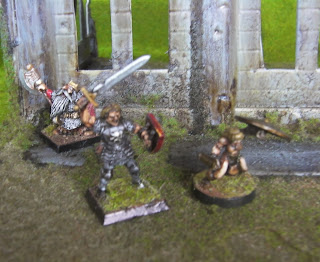 As you can see I have far too much cr*p - both painted and unpainted, and not enough hours in the day. I did say 2014 plans right? Perhaps we should call this the ‘2020 Blog’ plan. First priority? Try to get back to a monthly game schedule for a start. I’m sure I’ll get some prep time over Christmas, right?

Keep calm and panic after the holiday!

Merry Christmas to all.
Posted by Duc de Gobin at 05:52 5 comments: