The next Rapid Fire game has been unavoidably delayed by a week, so here's a taster of which year it might be set in. German armour - early camo - heading east is it? The scenario is from a certain 'blue book expansion' for RF. 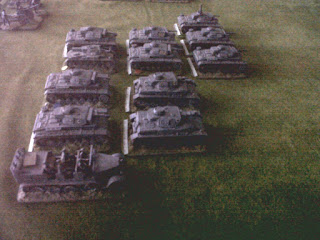 In other news, I found some wonderful little frames and dice, which are very useful for Volley & Bayonet. They can be used to hold dice, allowing hits to be recorded and to show red/yellow disruption markers. They appear to be 2mm lasercut MDF (ohhh we loves mdf we do, precioussss). 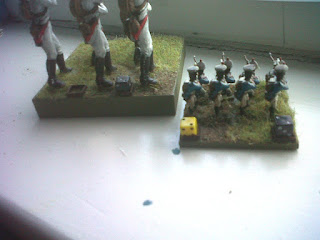 And finally...
Look what is on the varnishing tray. Modern Spearhead anyone? 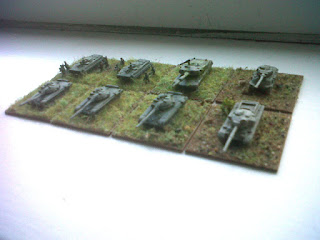 (Apologies for pic quality - it was darkish).

Email ThisBlogThis!Share to TwitterShare to FacebookShare to Pinterest
Labels: Painting