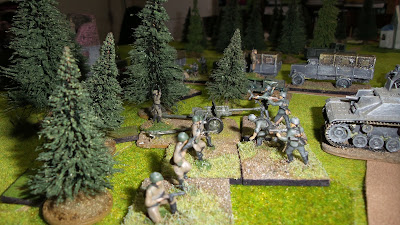 Now this is a nice set of rules.

If you’re not aware of this one, the concept is operational (The Soviet ‘Operational Art’, as quoted - actually, I’ve had Tim Gow’s rulebook since the 90s and only getting around to playing it now! Maybe I’m the one that’s not aware…doh!). The rules may be pretty hard to find now, but the concepts are lovely.

In essence we’re dealing with stands of infantry which represent entire battalions, where 4cm=1km (or half that in 1/300). (…as Bolt Action fans run away screaming…). Tank bases can represent multiples of companies. 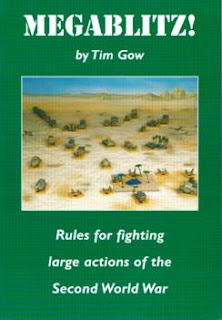 So, we’re looking at the sort of level we normally see in Hex’n’Chit wargames. The beauty of this is that I’ve always wanted to do Market Garden on an 8’x5’ table, with 20mm miniatures. Pull up the distance between Eindhoven and Arnhem on google and you’ll see how it fits.

All that said, we probably didn’t give the rules the outing they require, with no real urban combat (which sucks up supplies likes nobody’s business), and I know we made some mistakes in terms of logistics. That’s no bad thing, as the rules are eminently hackable (in fact the format positively encourages house ‘rulings’).

There are of course some very pertinent links
Tim Gow’s (the author) blog:
http://megablitzandmore.blogspot.co.uk/

Bob Cordery’s blog – which has some relevant rules hacks (HexBlitz), and has some great development rules concepts. My reason for citing this one is that I have hexes on the gamespace in the pics below, which will of course lend themselves to dictating movement and range etc.for future runs.
http://wargamingmiscellany.blogspot.co.uk/

Steve’s Balagan blog, with some nice quick reference sheets and rules clarifications and scenarios. Actually it was his Eastern Front version of ‘Dot sur la Mappe’ that we used for the game.
http://balagan.info/rule-clarifications-and-house-rules-for-megablitz 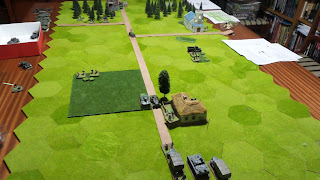 The long road east. Minimum terrain, but at this scale, it's unimportant as range issues are handled very differently. 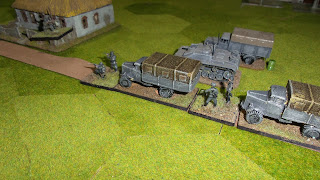 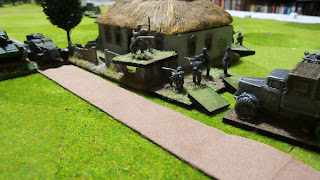 On board elements, awaiting 16th Panzer, make first moves toward the farm complex.. 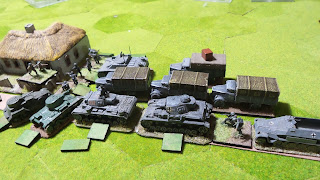 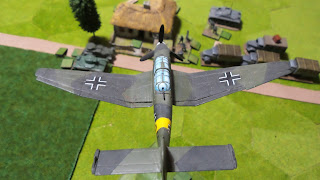 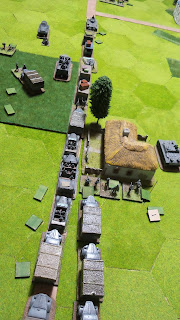 Still some way to go, but 'most' of the division is on the road now. 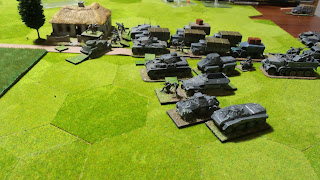 Recon elements, supported by armour, makes for the left flank, where Soviet units are thought to be. 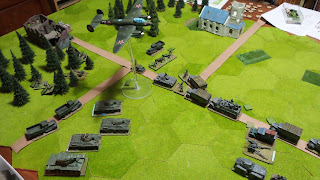 In the same turn as Soviet reinforcements arrive, in the form of heavy armour, they elect to use the 'Red Air' option and bomb the crossroads - effectively stopping forward progress, and forcing German armour to engage the threat. 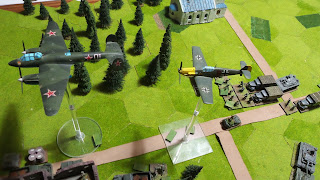 A 109 on a counter air mission...German air support making a big difference... 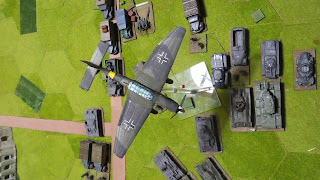 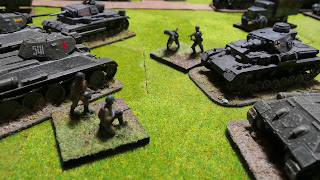 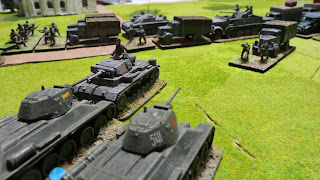 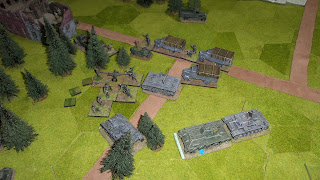 As the fight at the road junctions becomes desperate. 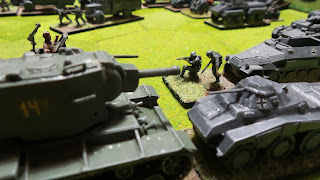 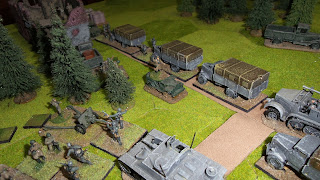 In the final assault, enough damage is done such that German units are able to advance while carrying out a holding action at the junctions...and there are still air options available to support.


All in all, this was pretty exciting as a concept, and there are some good hacks of the ideas lurking about the net. A large battle can be fought in a matter of hours, with the important issues of the day being stressed. 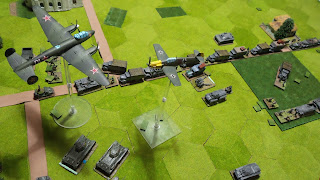 Market Garden, Bastogne etc – all eminently do-able with nice 20mm models and good game resource management – just what we like. A modern version, along the lines of Avalon Hill’s ‘Tac Air’ springs to mind, and some larger Vietnam scenarios from ‘Seven Firefights in Vietnam’ are applicable depending on how you adapt the SMART concept for company level etc.

Having had the hexes in place, it also made me think about how I can use them to hack the existing rules, or use a little of the 'Hexblitz' system too, and even parts of Memoir '44. 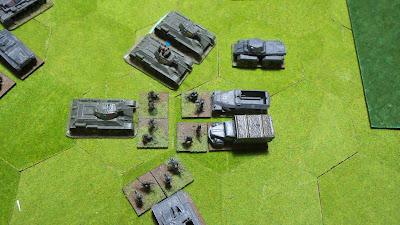 With hexes, we can see the combat unfold as above - like a Hex'n'Chit game with toys.

Also? Well, I took a leaf out of the Megablitz veteran’s book and put some of the vehicles and infantry on thick bases with a black edge – more reminiscent of large unit markers than pieces in a diorama…oh, they look nice now. 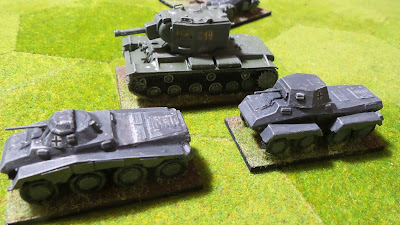