With the campaign for Ponyri actually technically over (See Steve's blog and one of the epic last battles on Jack's blog)), there are still some battles to fight. 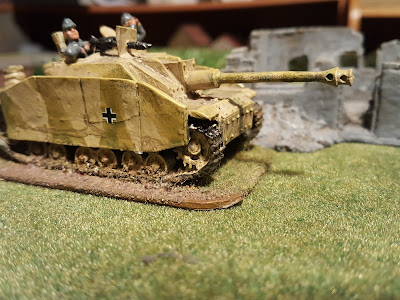 A final Soviet assault on the meagre German defences at Berezovetskoye has a Soviet win written all over it, though there would be a few surprises... 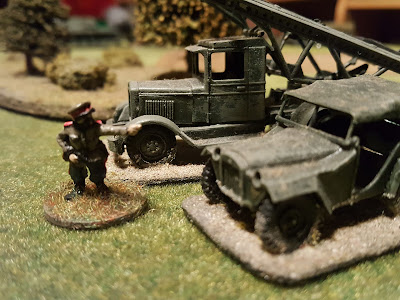 We used Rapid Fire again, though without the command cards, and with a more vanilla approach as it as we are so used to it, though I recommend the approach/cards used on the Nation in Arms blog. 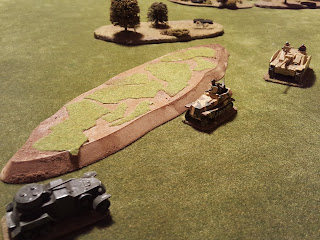 Learning lessons from previous games in the campaign, Soviet recon scouted out the perceived weaker flank; as it turned out, they were right. 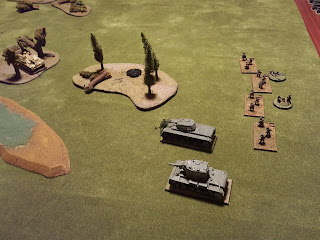 The German right would be held, to an extent, though would suffer from massive amounts of Katyusha fire, while holding back Soviet armour with StugIIIs. 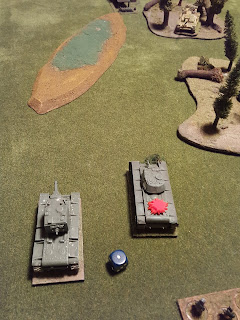 ...inflicting heavy damage early and forcing a morale check which made the armour pull back. 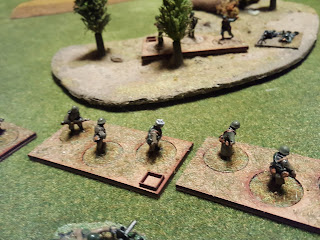 Infnatry attacking the woods on the German right, which held for a time. 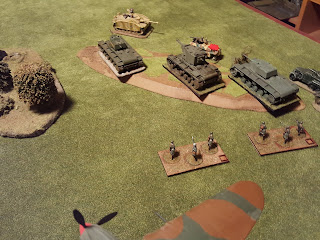 The Soviet right was a different story. Though the German armour held for a time, firing and maneuvering, it would not last long. 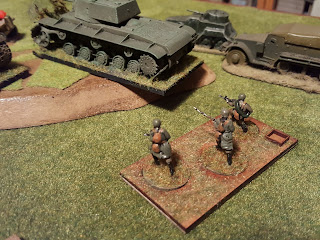 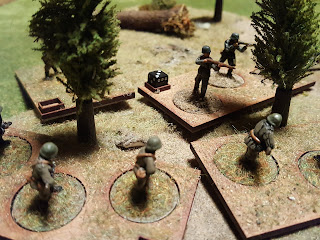 Soviet right - fighting in the woods. 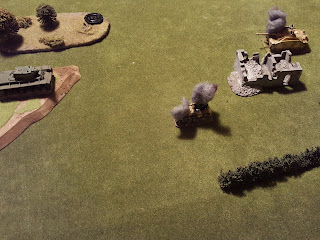 Soviet right - armour forces German forces back, and takes out the Stug. 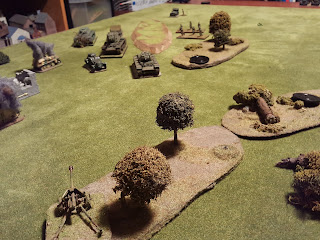 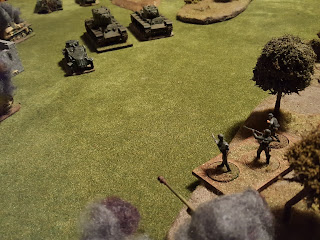 ...allowing a pincer movement from the Russians. The Germans maneuvre a PAK into position, but it won;t be enough to stem the tide. 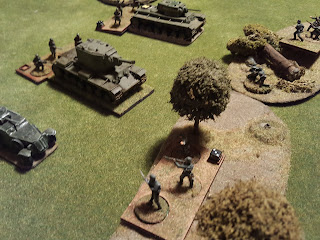 German left under severe pressure, forcing a morale check. The Soviets have checked randomly and come out as 'elite' which helped them immensely. 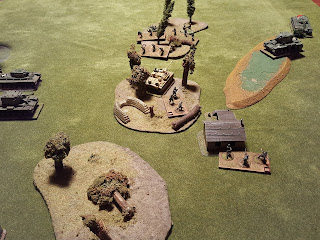 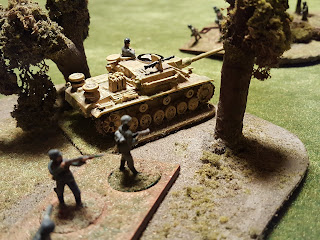 German units are forced into a narrow pocket in the centre of the battlefield. 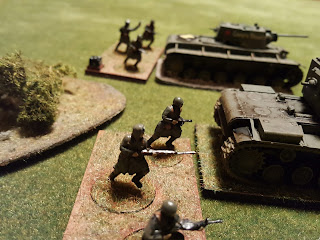 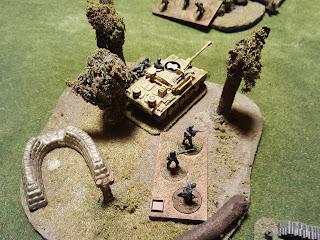 It was never going to end well for them... 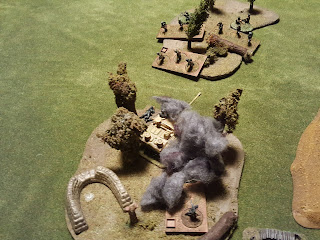 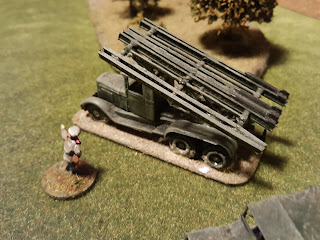 Having been caught in German Panzerbusches in previous games, the Russian player used a combination of (1) numbers (2) Recon and canny play to force the Germans to maneuvre at the Soviet pleasure, rather than vice versa.

German forces are rapidly forced to 'bug out'.


Now the campaign had effectively ended before this, but we fought the battle anyway.
Again thanks to Steve for an absolute corker of a campaign - with fast and loose mechanics which are more fluid, and work more effectively than any standard campaign mechanics. A great experience all round!  ...and I expect the sarcastic emails to get worse for the next campaign...

There is a rumour of something brewing in the east in 1985...


In other news. I believe that after the disaster of 'The Last Jedi' ...the franchise may just have been saved by this one:

I have to say - it was an awesome movie; after Rogue Bun and Luke sucking Green Milk from an alien tit ...'Rise of Skywalker' might just have saved the day. Thank you JJ! You had the balls to sideline useless characters that had been put in place for political correctness, and actually tell a fkin story, without wasting scenes and defying physics like that last movie did. Well done sir. Daisy is awesome, and even twirls the lightsabre a bit. Good also to see some of the  original concept art from the early movies in this final version (Palpy's throne etc.). Some good dark undertones and drama. Go Rey!