More 7D in a midweek deathmatch with Steiner-ovich and DiceDemon(ski) taking on me with a paltry British defending force ;)


Nice rules, great game, though some chat about its lacking in terms of artillery 'reality'.
Some doctrinal issues could be addressed, though the WPact 'platoon fire' rule tries to solve some of that in tactical terms, though arty and airstrikes a little too random with the card system. 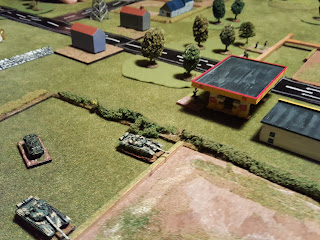 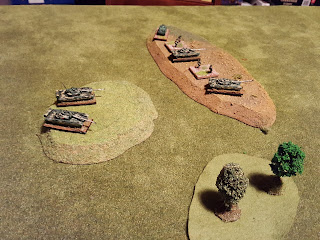 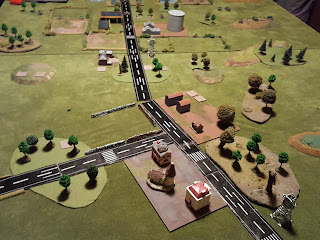 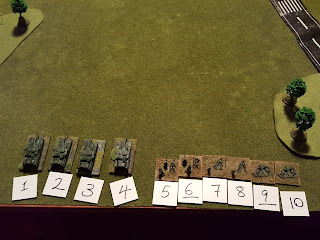 My superb and envied system with regard to hidden units, which remains the 'top' way of doing it; honest. 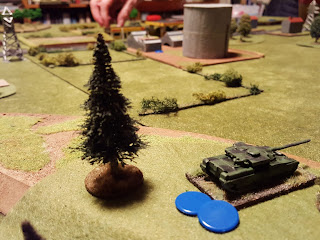 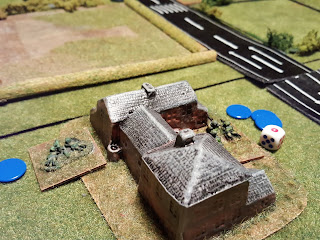 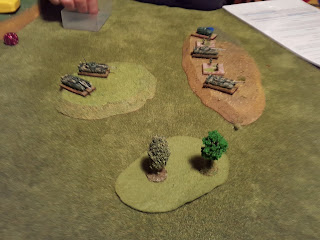 Steiner-ovich plods on, and on... 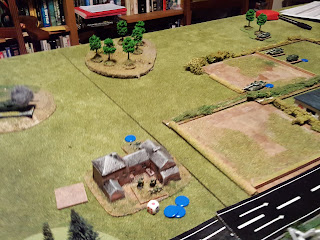 Milan teams and British infantry running out of ammo (chits). 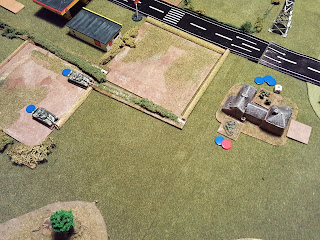 The British do some damage on their left, but a Chieftain for one or two T64s is not the kind of exchange they need. (Should have pulled back to rearguard positions, but got carried away). 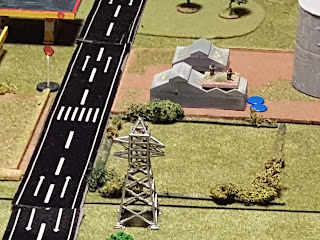 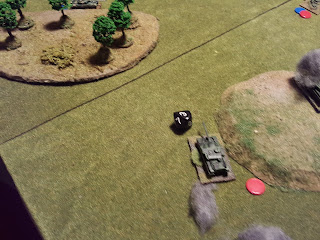 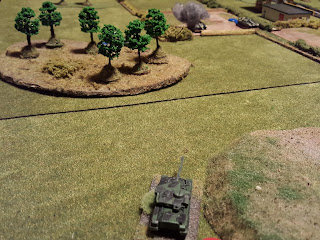 They're not all duds though!!! 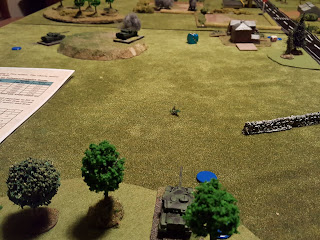 The British left was ok, but the Chieftains would not last long, especially so when Red Air is floating about. 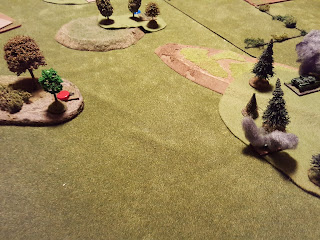 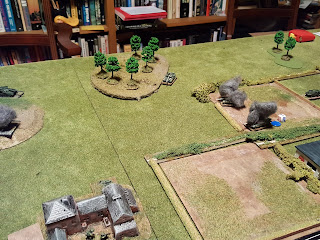 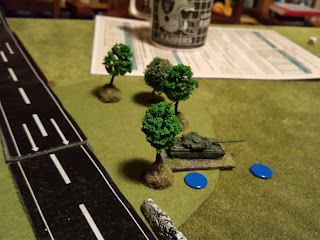 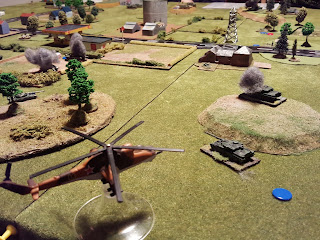 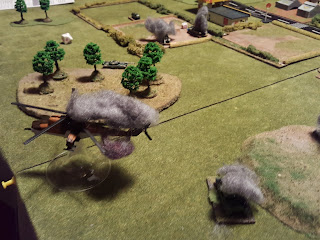 Red Air is driven off, but not before it devastates the British left, that's 3/4 of the armour gone. 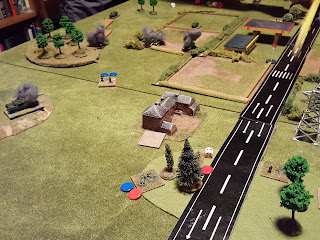 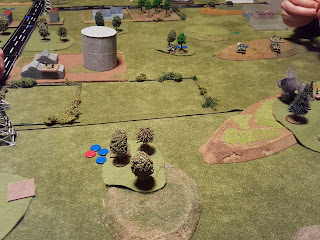 LegoPringle Power Station on the left, as Steiner-ovich moves to cover from the ridgeline. 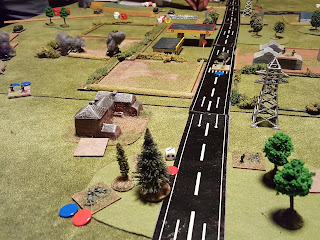 ...while DiceDemon-ski just waltzes down the road, and the British can do nothing - out of chits - 'what? No. They were NOT Territorial Army ...who said that?' ...I blame Colonel Rupert... 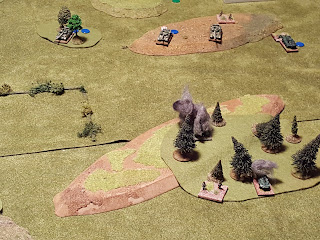 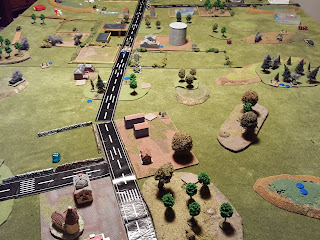 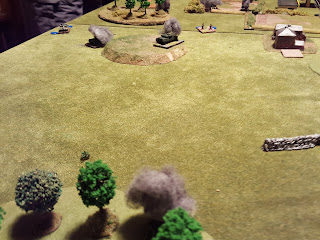 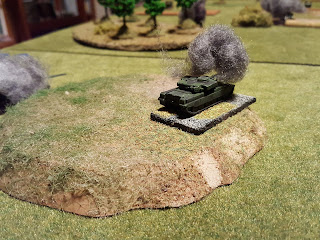 Near game end, and the British hit their break point, and the town is captured.

Great set of rules; eminently hackable, and more WWIII actions are promised, together with some of the WWII version in the shape of Iron Cross. 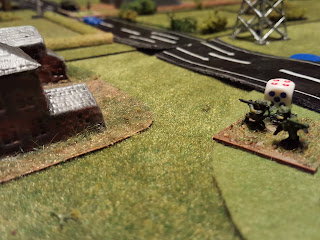