Nordic Ravens at the Gates of Hell

Now that we have a suitably dramatic title, we shall engage.

I'm not a runner, I 'm a cyclist. We'll be returning to this.

Now having been cycling for 16 years, and even done the odd 100 miler, I must testify to loving the training and having several bikes, and even training inside via turbo trainer & Zwift (TM). Recent 'science' (you can always trust science?!?!) however, outlines that cyclists who do more than a modicum of training, over an extended period, and who are in their...shall we say...49+ age bracket in terms of years, should really be looking at the possibility of osteoporosis as a future problem, unless they wise up.

Bearing this in mind, and upon the advice of La Duchesse - who used to run for her country...I have been running. (Allegedly it keeps the fitness up, if careful, whilst rebuilding bone and joint health.)

Now I have not been running seriously, since I was forced to, more than 20 years ago...and it is not easy to make that transition. (MOVE IT, MOVE IT, MOVE IT!)

This morning however, I undertook to run along a barely discernible path toward a large cliff near my home...and back. 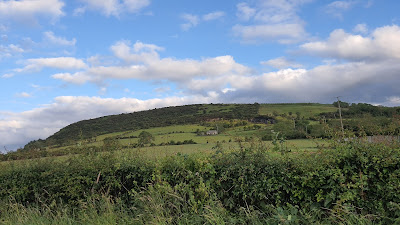 In fact, legend states that this is where the Vikings (one of them is buried in a runic marked grave nearby) landed in the local area somewhere around 800AD.

So, I expected to see Ravens guiding me on my quest to make it more than 2 miles, with omens, portents and various ungodly pagan associations on the path to demi-sainthood. 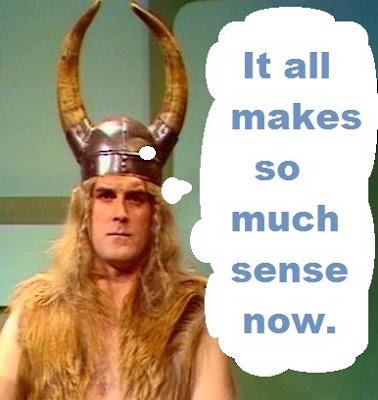 Nope - I caught a picture of two black birds...turns out they were crows, not ravens...and the gate of hell? ...a badly treated farm-gate, though I guess it did block my path...a sign perhaps, that running is really hard? 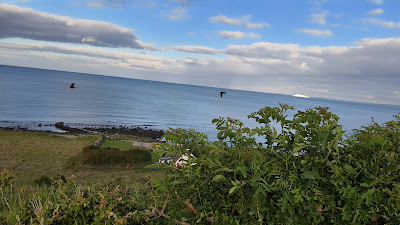 Ravens? A sign from the Netherworld that your chosen path is correct, but beset with evil that would test you?   Nope, a couple of crows .

Have I mentioned I'm not a runner, I'm a cyclist.

But the running will continue until the body gives up...sah!

Just look at those bloody contours! If this was a wargame, you'd be attacking that at -3 at least! 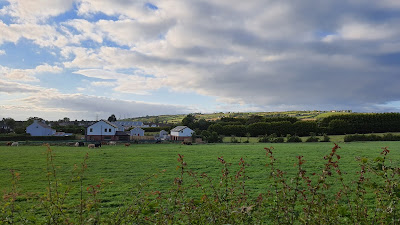 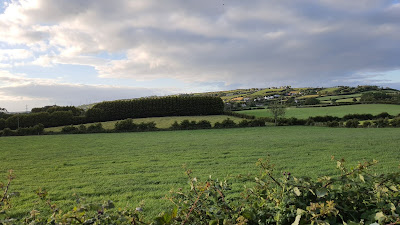 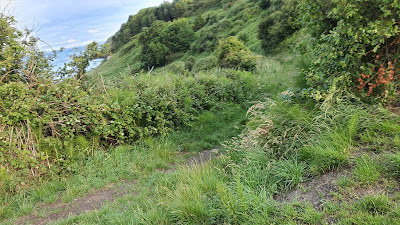 Uhhh...not seeing the path to be fair. 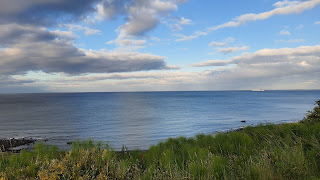 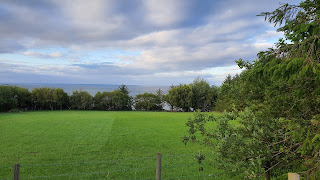 The weather was beginning to notice me and threatening to become p1ssed off with my attempts at running the trails... 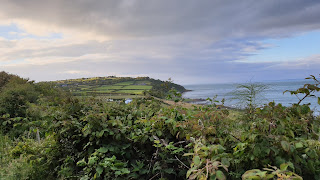 The Peninsula..normally a peaceful place for romantic walks...rarely suitable for 'attack runs on fire'. 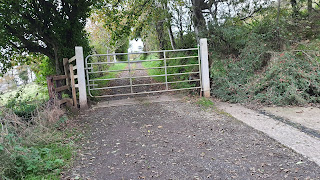 The Black Gate! Well...silvery I guess... 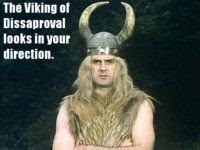 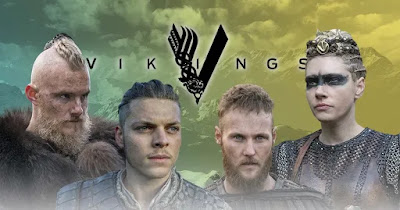 In other news, I picked these rules up. The aforementioned Aquilonian Special Forces in Hyboria, will see the light of day yet! 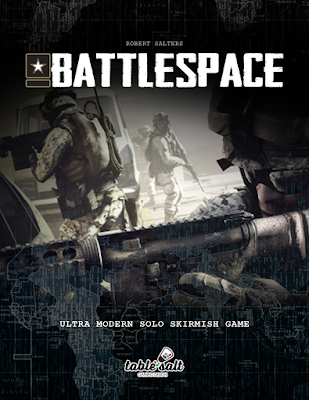 You've heard of Navy SeALs..well the Aquilonian SWORDs (Special Weapons Orientation Recon & Development group) will be operating soon...in a Hyborian location which can not yet be revealed due to government restrictions. 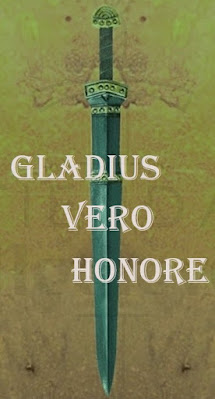 Email ThisBlogThis!Share to TwitterShare to FacebookShare to Pinterest
Labels: Running