3am at Walcourt & the Goldilox Hex Principle

Ages ago, I joined 'Steam', and discovered all of the old PC games that I wasted time on 20 years ago on the PC.

I also found 'Pike & Shot Campaigns' which I had first seen on Doug's excellent 'Cry Havoc' blog, and it included a lot of late C17th battles, so what's not to like?

I chose Walcourt 1689, which is great, as the scope of the battlefield encompasses all of the movement of incoming reinforcements from both sides, seizing built up areas and hanging onto them, and massive cavalry actions on the flank. It's a nice system, which is obviously built upon the mechanisms of wargaming rules, so all makes sense. 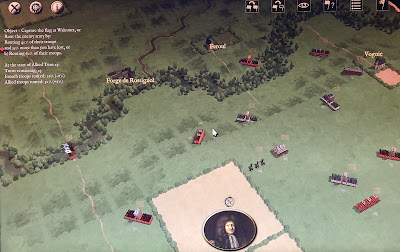 Say what you like about video games 'addiction': I was up until 3am ....uhhhh....and I lost!  Great game, and lots of scenario detail.

Point the second: More thoughts after the last GDW Team Yankee / First Battle game. I'll be graduating to 'Battlefield Europe' next - the follow on variation, which used D10 instead of D6, and added some more developmental rules for modern warfare. 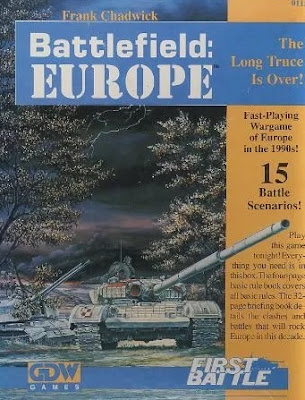 I have a few sizes of hexagon, though the 4.5" variants are the ones that I have most of, and that are finished/flocked.  I had contemplated using the 1/200 and 1/300 stuff on hexes and so had a few tests.

2) I can use the ultra large hex, but it allows too many vehicles, and I don't really have enough of them - plus increases the footprint of the map - even if this represents two map hexes.
3) I can use the 4.5" hexes - and model each of them on the  basis of 'two' actual hexes on the GDW gameboards...AHA! Stacking to this extent is rare, but does allow Soviet platoon doctrine.

So this represents 2 hexes on the actual game map.

Now, this also has the handy bonus of mimicking Soviet doctrine - in that, I can place a platoon in the hex and have it restricted to staying in 3 vehicle groupings.

As it's two hexes, I can have a platoon of tanks and BMPs in the same hex, if required.

I can further have a single platoon fire at a single target as per Soviet doctrine, and rule it perfectly with this system.

So, if two hexes in the boardgame, becomes one hex on my table, I re-do the counter information slightly, along these lines: 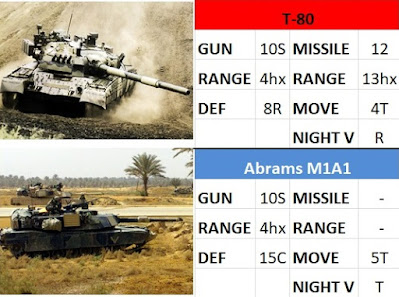 Now that I see these rules in action again, I'm wondering even if mimicking NATO training is simply done by virtue of granting them initiative each turn.

Also, I can use the scenarios from here: 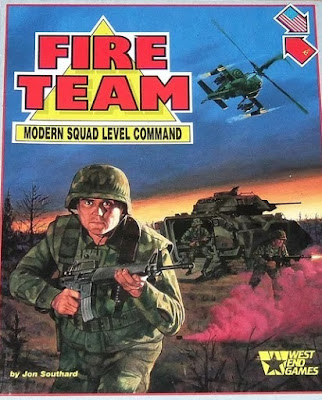 to test the system

The more I see of this simple (but not simplistic) GDW/Chadwick system, the more I like its elegance. The advent of the D10 over the D6 actually fixes the obvious issue that the system had with decent armour, whereby if you fired enough shots at an M1, you could destroy it through disablement. That's harder on the D10 CRT.