Since her rescue from the hands of the 'Children of Doom' during Operation Valerius, Princess Zenobia has been a little under the weather. Of course, that didn't stop the Princess going out to her usual parties with her over-privaleged mates, especially those held at the Royal Estate at 'Vampire Lake' near the capital, Tarantia. Her doctors have of course advised against it, lest she suffers from a horrible virus, and might infect some of the young people ...   hmmm, I hope it's not a zombie infection :O

(Rules used are the sublime 'Squad Hammer: Peoples Edition' by Ivan Sorenson. Zeds get extra hits (head shots only), and no morale considerations, but only engage in close combat.)

The capital of Aquilonia isTarantia, an ancient city, lying on the Road of Kings, and the main east-west trade route of the Hyborian world. Ancient Aquilonia was well drained by the rivers Shirki, Khorotas, Ossar, Fury, and the Valkia. East of the Shirki and extending nearly to the foothills of the Border Range of Nemedia lay fertile plains interspersed with "tame" woodlands, and the grand houses of the Royal family. Built on the same lands as black structures of ancient Acheron, many modern scientists claim that the right assemblage of ancient curse and horrible magics, might create the seeds of the empire's own destruction. 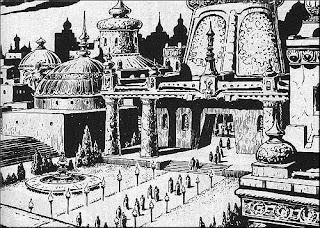 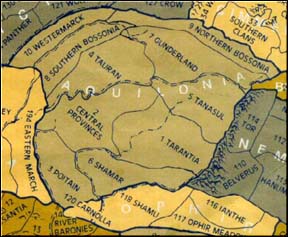