Now after yesterday's diatribe re. the 'Patriot', we have another potted review from the History Buffs, though this one is a major celebration.

Again, have to agree with Nick here. CGI would have ruined this epic movie, and where else are you going to get 16,000 of the 1970s Soviet army dressed up in Napoleonic uniforms and trained for months to make it look at least semi-authentic.

The only thing about this film that has always concerned however, is this scene, where Napoleon remembers that he forgot to feed his goldfish before going on campaign... 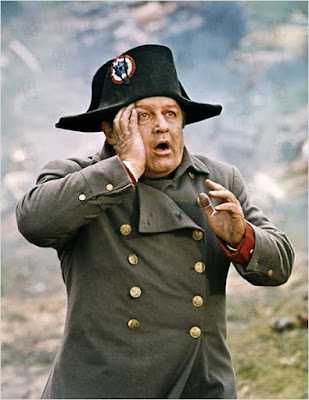 But seriously. If you thought that Rod Steiger overacted a bit - it works for Napoleon.

If I Get my 1970s history correct, this is also the movie that launched the Airfix range of Napoleonic figures and set thousands of wargamers upon their path to GLORY! 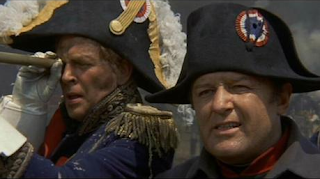 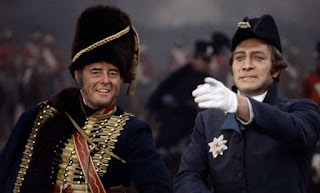