Le Duc on the Road XIV - Gobin at the Gobbins

Touted as the 'most dramatic walk in Europe', Le Duc remains somewhat surprised that he has never visited this one, bearing in mind that he lives up the road...
(There is scant truth to the rumour that le Duc is in fact is named after the place).

See here for more dramatic footage than I have provided.
https://thegobbinscliffpath.com/ 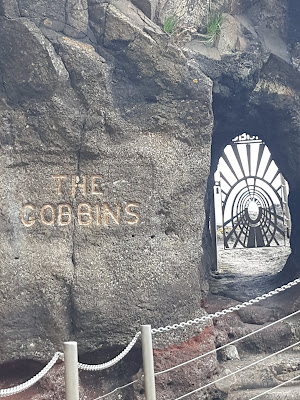 The walk itself is tough, though rewarding as the scenery is fairly awe inspiring. Headwear and boots are provided and essential.

The walk itself had been around since the 1902, then closed due to rockfall in the 50s, then reopened in the last decade (though with intermittent interruptions in terms of rockfall). Pioneered originally by then local engineer, Berkely Deane Wise, in order to show off his structural metalwork design skills in addition to pioneering railways in the area, it became a major attraction.
https://thegobbinscliffpath.com/gobbins-story/

(Now it shows off the metalwork skills of a number of local companies). 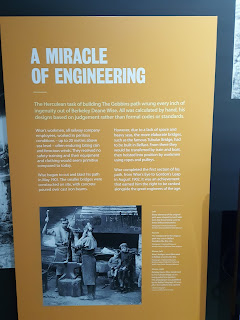 Miracle is a strong word... 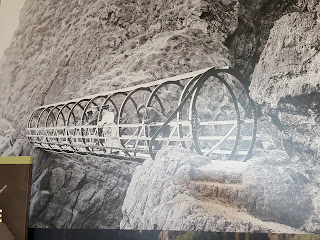 An original pic from early C20th. 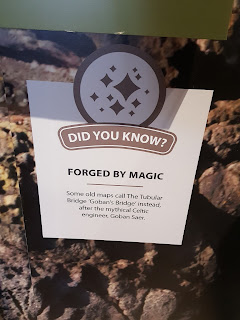 So this is where Gobin got his name from? Surely not? 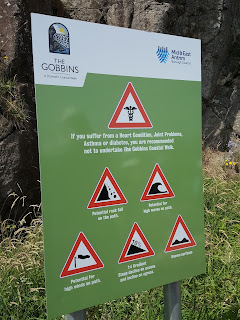 There are 4 of these signs en route. They clearly have concerns. 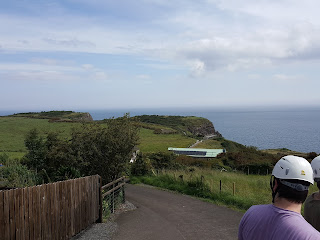 The very steep route down. Not for the faint hearted. (And yes, that's a headland, with a head in it.) 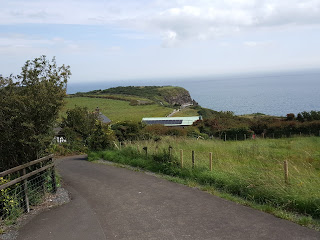 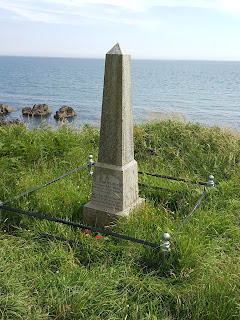 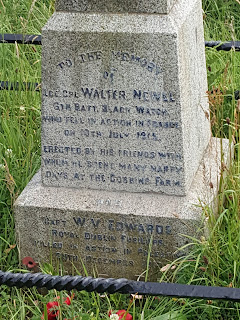 A war memorial at the base of the climb. Dedicated to two members of a party of Belfast engineering students who died in WWI, and who used to visit the area before they went to France. 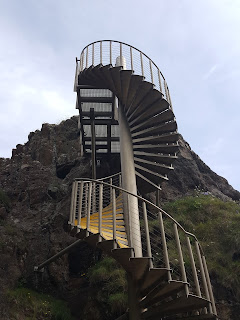 A spiral to the observation platform, which we neglected to go up! 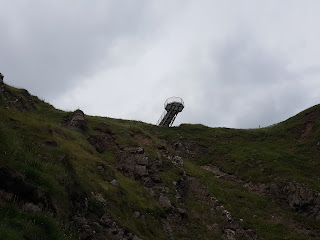 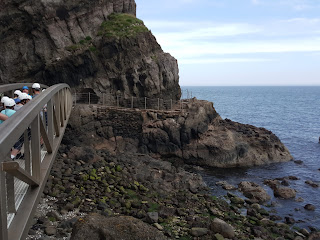 The first of many bridges. This is a geologist's dream, with volcanic formations and particular rock types which only appear on this coastline due to the combination of minerals. 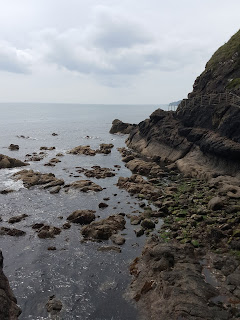 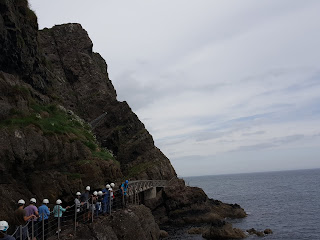 Not much room to pass, and it's normally a fairly slow moving party...and trust me, on the sunscreen. 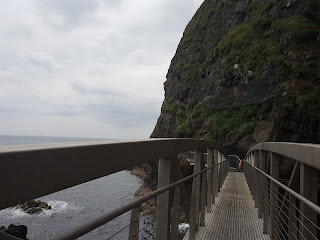 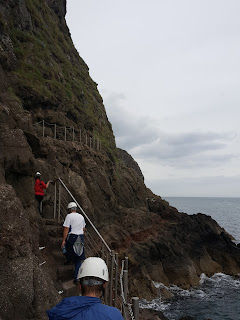 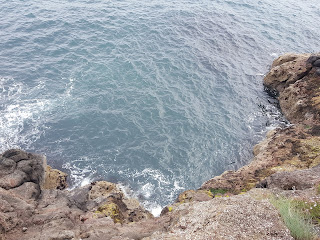 There are a number of sheer drops, though of course, there are plenty of handrails. 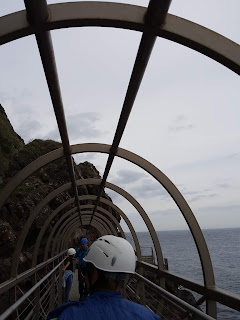 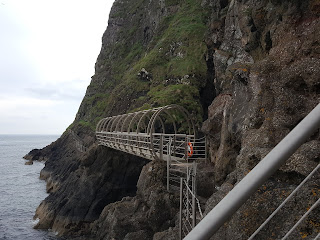 The tunnel. A marvel of modern engineering (for non-engineers that is ;)  ...otherwise, it's just a number of monocoque concentrics fabricated and NDT tested, then piled and chemically fixed to the rockface...and relax). 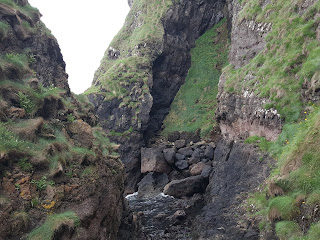 A lot of smuggling operations carried out here in the C18th. The peninsula became a hub for alcohol ...uhhh it might still be actually? 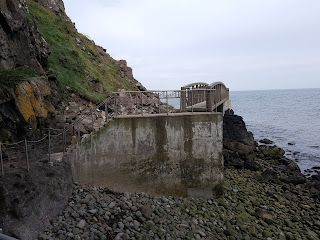 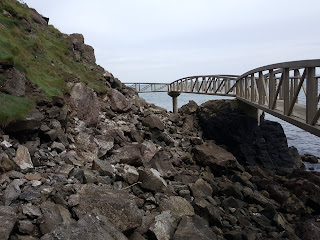 Last of the bridges, and quite an epic expanse. 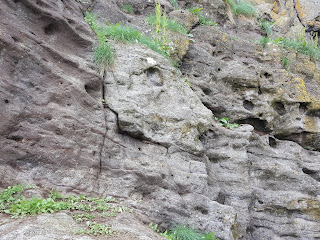 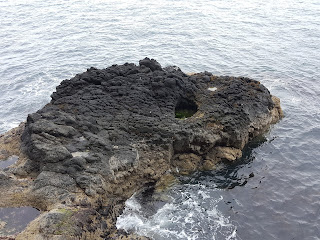 And finally, this apparently looks like the head of a dragon in some show called 'Game of Bones' or something?

Email ThisBlogThis!Share to TwitterShare to FacebookShare to Pinterest
Labels: Le Duc on the Road