The new set of rules from Helion Publishing's Wargames Initiative is designed for 17th century actions in smaller scales. 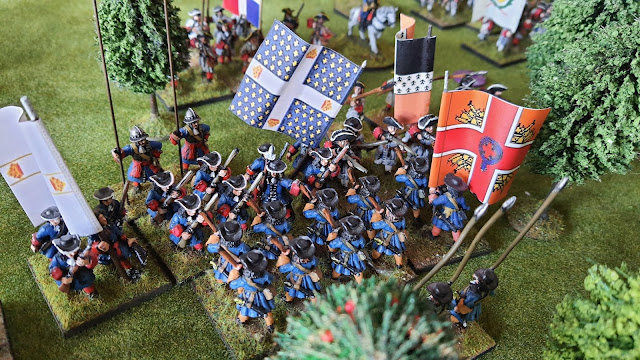 I used my 25mm forces however, and found absolutely no issue.
Designed for 3"x1.5" Brigade stands, I used infantry and pikes with a 4.5" x 2" footprint on a 6'x4'. No problems with scale at all; these work admirably for large battles in 25mm from the period (and with potential for development - see below). 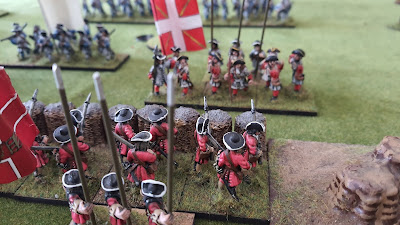 These are a great set of rules.
The designer freely admits to having been influenced by Volley and Bayonet, and it shows in some of the mechanisms, though there are some excellent period style flavours added which work very well. 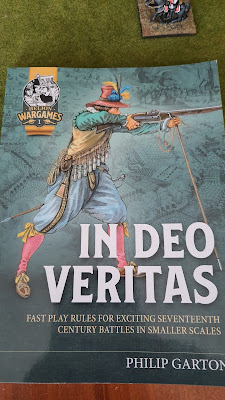 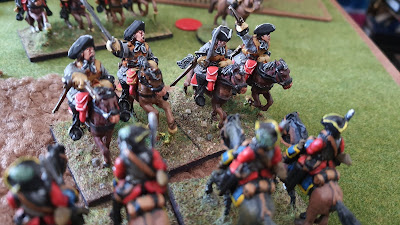 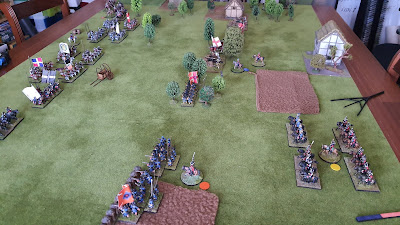 Allied, English and Dutch vs a French attack. 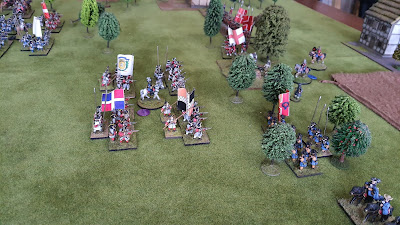 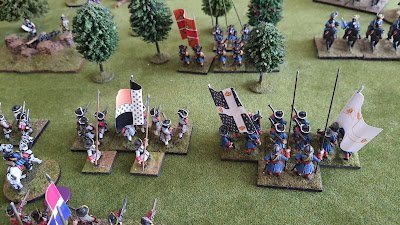 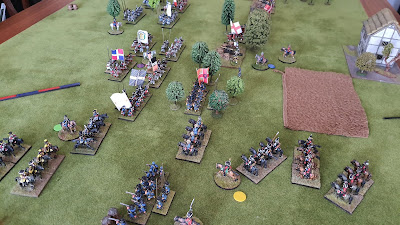 Cavalry clash on the flanks. Once you get to grips with the number of dice involved, this becomes fairly seamless. 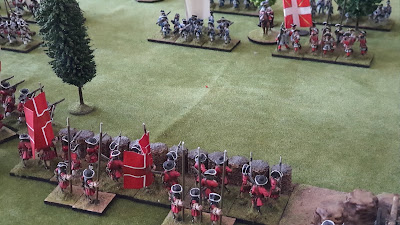 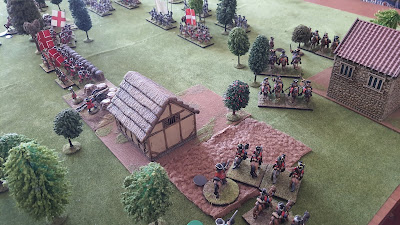 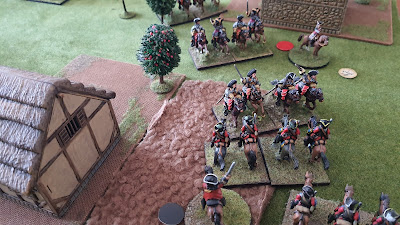 Similar cavalry action on the Allied right. Again, seamless, yet with command choices on the part of the attacker. Very much reminded me of V&B at times. 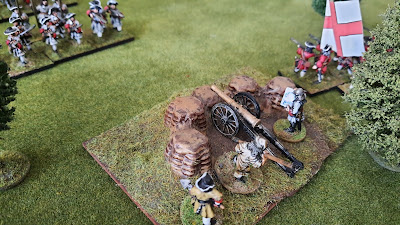 A swift re-read of the charging section meant that infantry lose saving dice within the last 1" of the charge home, as teh defender fires at close range. That's a real kicker and normally forces them back - very realistically. 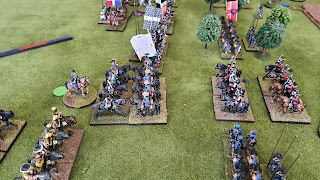 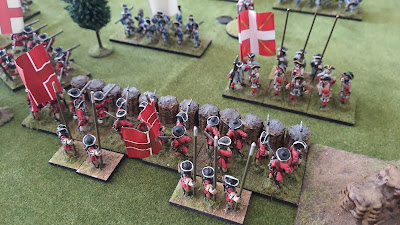 Infantry in defences is normally fairly well supported with an extra save dice, though these guys were very unlucky and ended up disrupted and falling back. 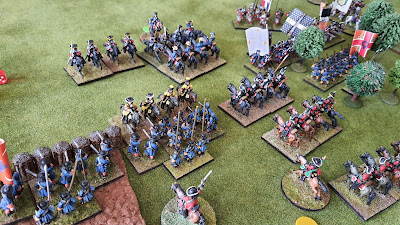 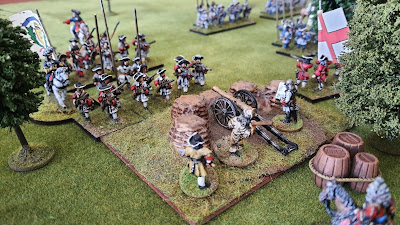 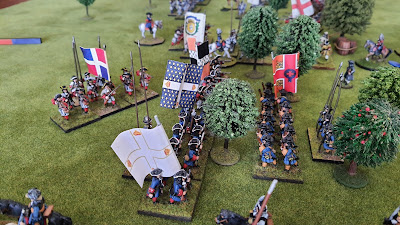 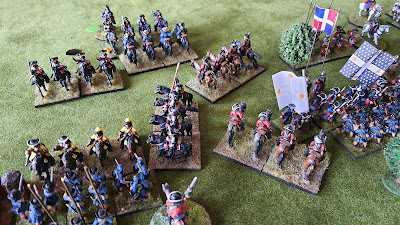 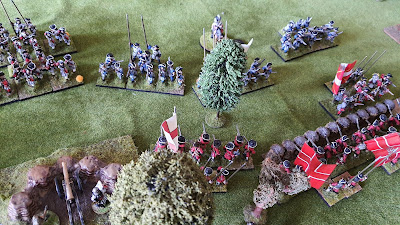 We didn't get the game finished, but a solid set.
These are worth picking up, and I hope there is significant game development in the months to come.