War of the Nephews...

Finally got a game in.
Now this was rapidly set up and organised as my Nephews were visiting from England.
Choices were X-Wing, a quick WWII game with Rapid Fire, or a Sword & Sorcery game with 'Songs of Blades and Heroes'. 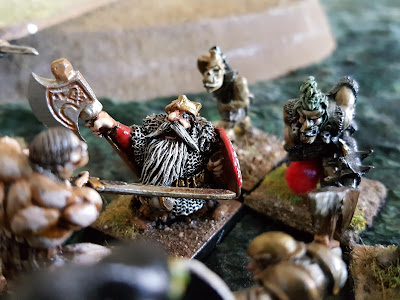 The guys favoured using the fantasy figures, and forces of Dwarves, Orcs and Barbarians were quickly assembled. Allegiances would be made and broken throughout ...and cries of 'you can trust your Uncle' were frequently made (and seldom trusted ;) ). 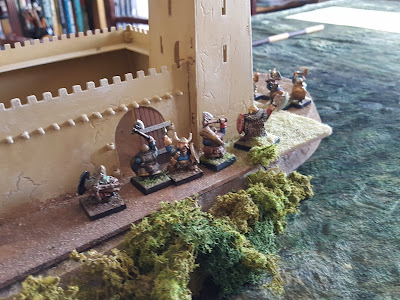 These are, as ever, a nice set of rules - but positioning and gaining every little benefit in combat pays real dividends, while fighting without a 'leader' trait, forces your fighters to roll individually, which splits them up and makes coherent attacks impossible (that'd be my force of course). 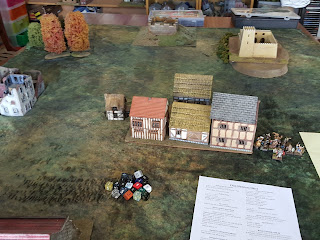 The boys lay out the battlefield. 'Watch those corners'.
Their story surrounded Orc Raiders, Dwarven defenders of the 'ville' and a bunch of roving barbarians. 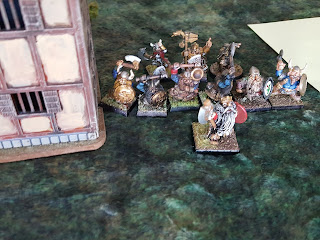 Canny Dwarves, coming out of the Pub. 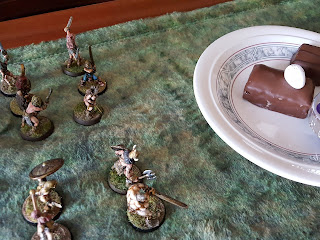 Terrain would become a problem, as would getting the barbarians moving, as their lack of leadership (figure or trait) would mean that their movement would be individual and sporadic. 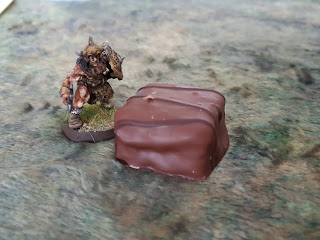 Conan for instance, would have time to take on the confectionery. 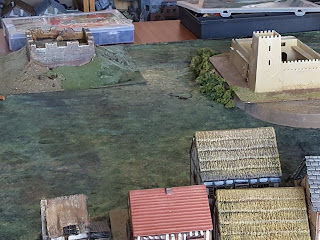 Dwarven fortress and village in the middle distance - the open ground would become the scene of epic battle. 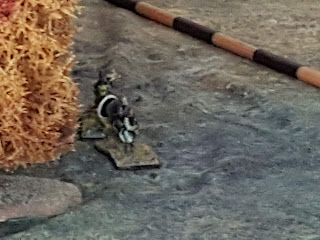 Savage orcs begin to move from the woods. 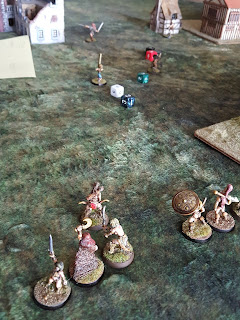 Piecemeal movement from the barbarian 'horde' (more like a random collection of misfits actually). 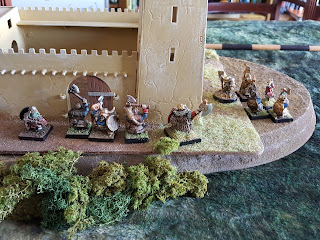 Dwarves hug their Crag Fort line, as the other factions control the narrative. 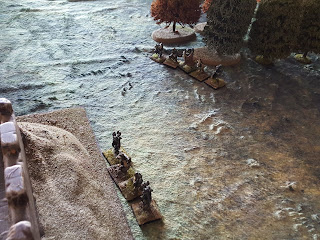 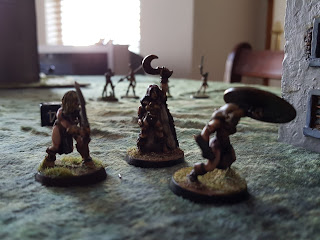 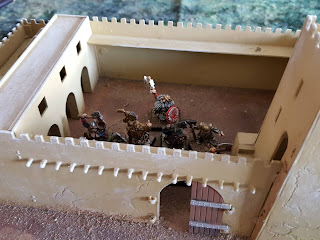 Dwarves debate who to side with... 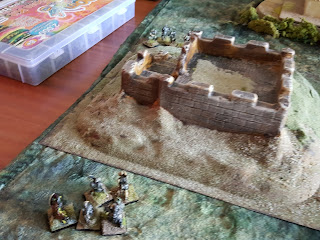 ...as Orcs move to the safety of the fortress walls... 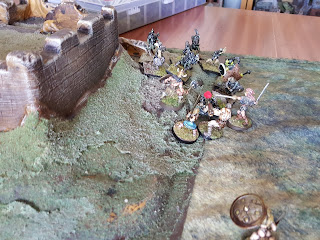 Stopped partially, by a small group of barbarians, who have made it as far as the walls of the fortress. 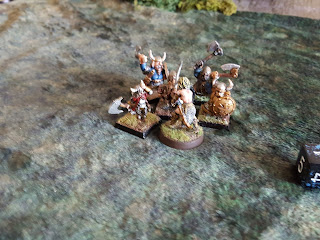 The Dwarves have a think, then decide, unpredictably, to come out and attack a lone Barbarian ... dammit! Sides are being chosen, allegiances re-spun, politics played out...It makes Game of Thrones look like a Nun's picnic! 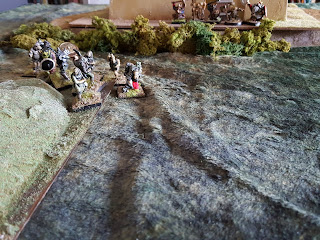 Orcs move to attack the Dwarves in the centre - a temporary alliance with the barbarians, in place. 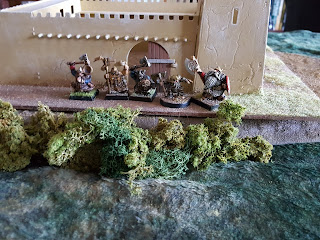 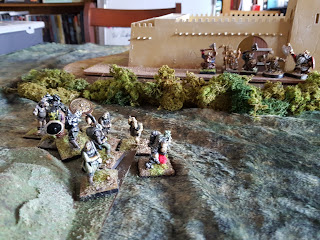 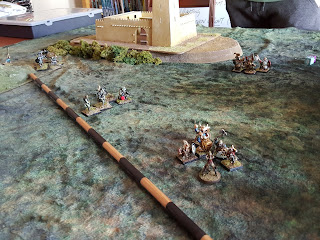 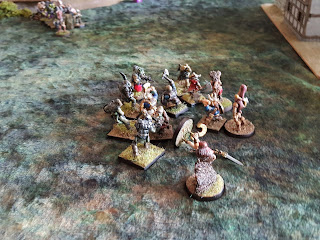 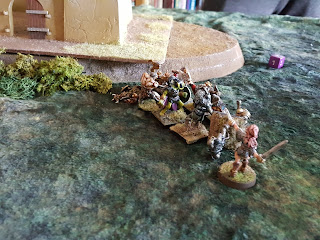 The battle devolves into two large combats - in the centre, and at the old Dwarven fortress. Both sides were constantly looking for position and using their traits to take advantage. 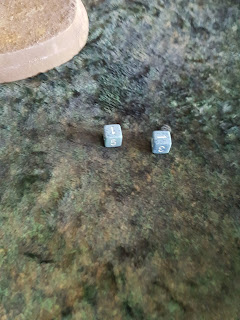 Not a good initiative roll for the Dwarves - and this happened twice in succession. This changed the emphasis and Orcs took the initiative quickly (with a little help from the Barbarians). 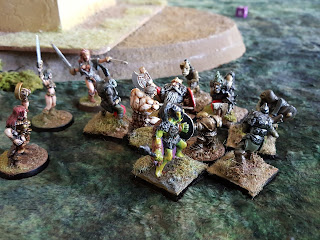 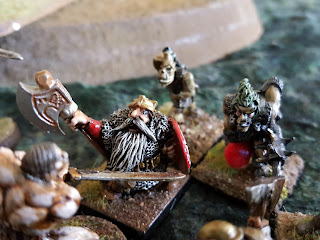 Dwarves under pressure at the end...with only the leader standing.
The barbarians had been reduced to a lesser force, and the orc's 'tough' traint meant they were still reasonably fresh.
Victory to the Orcs!

Email ThisBlogThis!Share to TwitterShare to FacebookShare to Pinterest
Labels: Song of Blades & Heroes